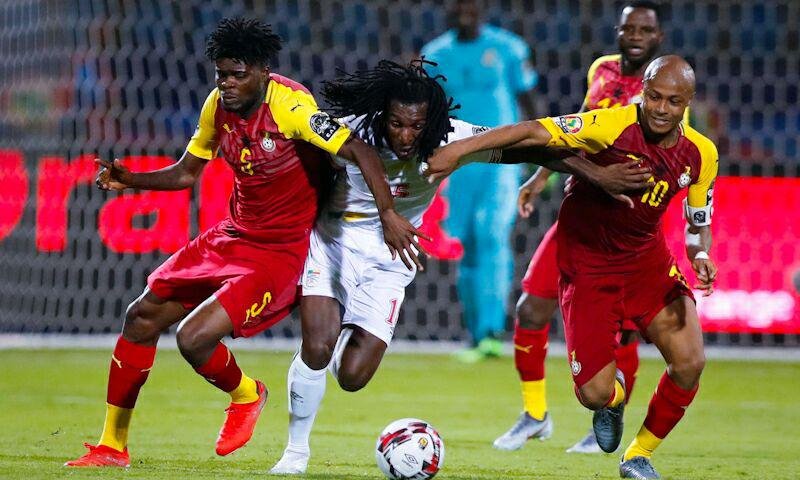 Swansea players Andre and Jordan Ayew got on the score sheet as the Black Stars of Ghana settled for a draw against the Squirrels of Benin in their Group F match of the 2019 Africa Cup of Nations.

34-year-old Mickaël Franck Poté gave the underdogs a shock lead two minutes after the kick off of the first half, sending shockwaves to Kwesi Appiah’s men.

Jordan went on to score Black Stars’ second goal in the 42nd minute to extend the lead with a powerful right-footed shot that found the roof of the net.

However, John Boye was sent off in the 54th minute to give Benin the numerical advantage.

Prolific forward Pote, who scored 16 goals in 33 league appearances for Turkish club Adana Demirspor last season, scored the second for Benin to give the national team their second ever point in the showpiece.

Four-time champions Ghana will face Cameroon on Saturday while Benin will face Guinea-Bissau, who suffered a 2 -0 defeat at the hands of Cameroon, in the days late game.