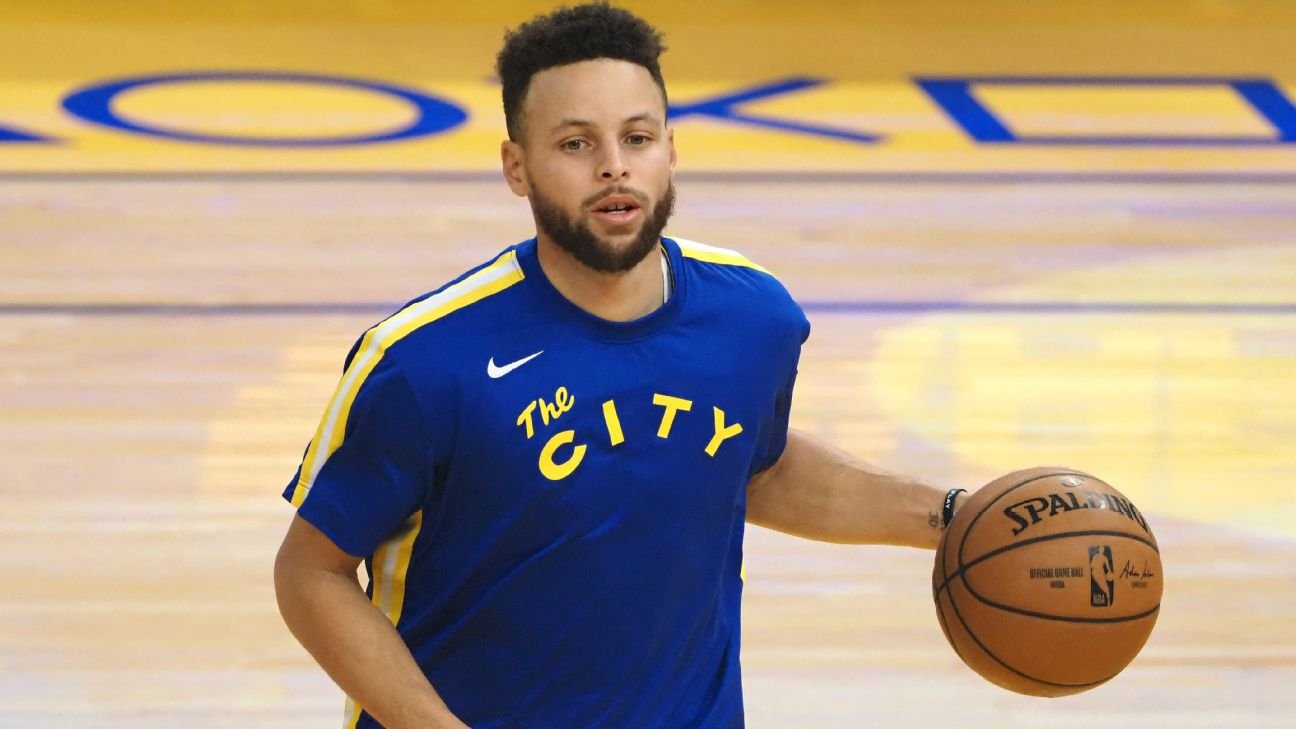 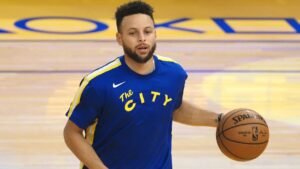 His parents are Dell Curry and Sonya Curry. He has two siblings namely; Seth Curry and Sydel Curry.

Stephen plays for the Golden State Warriors of the National Basketball Association (NBA). He is regarded as the greatest shooter in the history of the NBA. He was crowned as the force behind revolutionizing basketball by inspiring teams to regularly utilize the three-point shot.

He has also been named the NBA Most Valuable Player (MNP) twice and has won three NBA championships with the Warriors. Curry is a seven-time NBA All-Star.

The basketball icon started playing basketball at a younger age as he played college basketball for the Davidson Wildcats.

“He set the all-time scoring record for both Davidson and the Southern Conference and was twice named the conference’s player of the year. During his sophomore year, Curry also set the single-season NCAA record for three-pointers made, and was then selected by the Warriors with the seventh overall pick in the 2009 NBA Draft.”

In the year 2014-15, Curry won his first MVP award and thus led the Warriors to their first-ever championship since 1975.

The following season, Curry became the first player in the history of the NBA to be elected MVP by a unanimous vote, and to lead the league in scoring while shooting above 50-40-90.

The same year, the Warriors broke the record for the most wins in an NBA season en route to reaching the 2016 NBA Finals, which they, unfortunately, lost to the Cleveland Cavaliers in seven games.

“During the 2012–13 season, Curry set the NBA record for three-pointers made in a regular season, with 272. He surpassed that record in 2015 with 286, and again in 2016 with 402. Curry is currently second in all-time made three-pointers in NBA history, and alongside teammate Klay Thompson, the pair have earned the nickname of the Splash Brothers; in 2013–14, they set the record for combined three-pointers in an NBA season with 484, a record they broke the following season (525), and again in the 2015–16 season (678).”

Stephen Curry’s value all along his on-court sessions has been high. The basketball legend has an estimated to be $130 million as per the Celebrity Net Worth reports.

This is reportedly the professional career pay and a series of endorsements from various brands.

Curry has broken all-time record by being the highest-paid salary ever in the 2016-17 season.

According to reports, he signed a five-year, $201 million contract in 2017, which was an increase from his previous salary of $12.1 million just a year before.

Stephen has been endorsed by several brands which include; Chase, Nissan Motor, Under Armour, Palm, Rakuten, Sony, JP Morgan, Brita, Unilever, and Vivo.

“Steph Curry’s Under Armor deal is responsible for a major part of his endorsement earnings. In 2013 it was reported that he was earning $4 million dollars from his UA shoe deal but in 2015 he signed an extension that will keep him with the company till 2024.”

Stephen Curry has also weighed in on the business side of life and has several investments. He has managed to pull this using the platform that the NBA has given him to diversify income and invest.

He has invested in a water-based company dubbed Oxigen, whose purpose is to help recover from muscle soreness.

“His investment company manages his other investments in San Francisco-based tech firm Mos and Guild Education, which is based in Denver. Guild Education helps Fortune 500 companies such as Disney, Walmart, Yum Brands’ Taco Bell, and Lowe’s offer debt-free degrees to their employees.”

Curry has given back to society by being part of several charities. He has been a major pillar of the Animal Rescue Foundation, the United Nations Foundation and another one dubbed Nothing But Nets.

He has also taken initiative to spread awareness on causes such as AIDS, animals, children, the environment, human rights, peace and women. 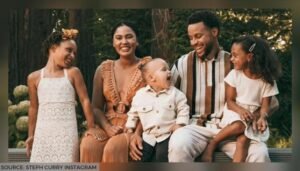 Stephen Curry and his family.[Credit/republicworld.com]

In 2011, Curry got married to Ayesha Curry and the two have children namely; Riley Elizabeth, Canon W. Jack Curry and Ryan Carson Curry.

Curry has a $31 million 3 storey mansion in Atherton, California, which was the biggest purchase of a real estate property in the Bay Area.

Stephen has a mass of people who follows him in his accounts. He has 33.3 million on Instagram (@stephencurry30) and 15.2 million (StephenCurry30). Both pages are verified.