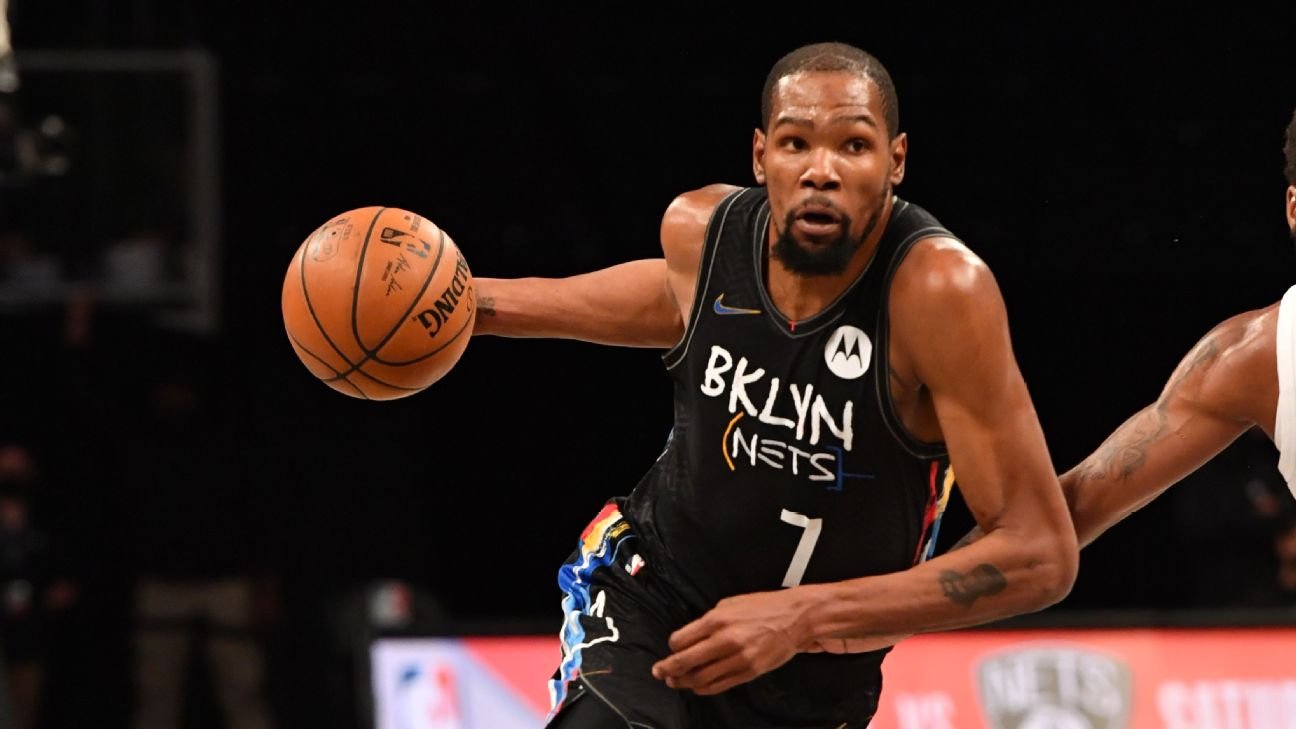 Kevin Wayne Durant is an American professional basketball player born on 29th September 1988 in Washington, D.C, in the United States. His parents are Wanda Durant and Wayne Pratt.

Durant plays for the Brooklyn Nets of the National Basketball Association (NBA). The basketball star played one season of college basketball for the University of Texas where his remarkable performance earned him the second overall pick by the famous Seattle SuperSonics in the year 2007 NBA draft.

As he is addressed by his initials, KD played nine seasons with the franchise which shook Oklahoma and interestingly named the Oklahoma City Thunder in 2008.

He later signed with the Golden State Warriors in 2016 and won back-to-back championships in 2017 and 2018.

Durant was a high school prospect and was recognized as the second-best player in his class.  He also bagged numerous year-end awards in College and became the first freshman to be named Naismith College Player of the Year.

As the saying says hard work never goes unrewarded, Durant has also been crowned with a selection to nine All-NBA teams and eleven NBA All-Star teams.

Between the years 2018-2019, he was back to season and unfortunately sustained an injury but eventually played for the Brooklyn Nets from 2019 up to date.

According to Celebrity Net Worth, has a whopping net worth of $ 170 million from on-court sessions also off-court as he earns a salary from various signed endorsements deals.

Being one of the biggest talents in the basketball field, Durant is one of the highest-paid players. His estimated salary as reported by Celebrity Net Worth is $29 million.

“Between June 2019 and June 2020, Kevin earned $65 million from his various endeavors. After spending three seasons with the Golden State Warriors, in 2019 Kevin signed a four-year $164 million contract with the Brooklyn Nets. He is an active tech investor, with more than 40 early-stage technology investments.”

One of the companies he was worked with is Nike.

Kevin has also ventured into business apart from playing basketball. He has invested in Real Estate according to the little that is documented about him.

Kevin has also given back to society by founding the Kevin Durant Charity Foundation. The foundation has thirty-five ventures according to reports.

The sole purpose of the foundation is to enrich the lives of at-risk youth from low-income backgrounds through educational, athletic and social programs.

Since 2013, KDCF has developed direct programs and initiatives to support youth across the US, in Kevin Durant’s hometown, and internationally.

Although not much is documented about his family, he is known to have dated Bay Area property salesperson Cassandra Anderson and was previously engaged to former WNBA star Monica Wright until 2014.

Of the little that is revealed of Kevin’s assets, he owns several properties in the Oklahoma City area. In the year 2013, he listed his residential area in the upper-class Club Villa neighbourhood for $1.95 million.