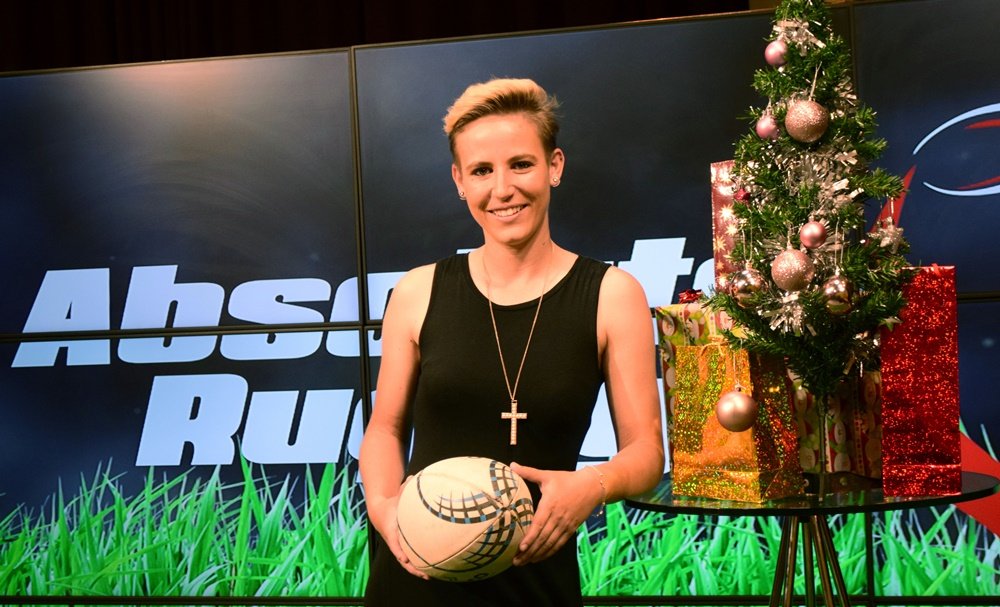 Rugby Africa’s Unstoppable Christel Janet (CJ) Kotze is undoubtedly a force to be reckoned with as far women in sports is concerned.

She has raised the rugby flag in Namibia and the continent of Africa as well and is a great inspiration to women in rugby.

27-year-old Kotze grew up watching his dad Jaco Kotze in training sessions. Jaco played both test and sevens rugby for Namibia as a winger. Kotze has followed the footsteps of her father.

The now 27-year-old Kotze joined the rugby sport in 2013 and was part of a historical moment a year later. In 2014, she was in the Namibian ladies squad that made it to their first-ever national women’s rugby.

Kotze was much involved in the first-team action in the 2014 Africa Women’s Sevens staged in Kenya, which helped her gain exposure and experience. The following year, in 2015, she was even stronger and more crucial to her team. She led the Namibian ladies rugby team to a victory in the Africa Women’s Sevens competition in South Africa.

According to sportnews.africa, Kotze recalled the great experience and triumph the country had. “The 2015 tournament in South Africa had different energy around it. The squad felt stronger, the belief in the team was bigger. Something was telling us that this tournament was going to be better than the previous year. It was in game two of day one where everything just came together. I was in the right place at the right time. I got the ball on the right-wing and just did what was expected of me. I found the gap and I ran as if my life depended on it, scoring the try under the post. Just moments later I managed to convert the try. It was only after the game that I realised what had happened and how big it was!”

Women’s rugby had not been so popular in the country and it hampered the growth of the sport. However, in 2019 there was a glimmer of hope, a silver lining in the dark cloud that had covered women’s rugby. A group of people pushed for the formation of regional teams. This led to the birth of three teams in the central area of Namibia by 2020 and now there are at least six senior women’s rugby teams in the country.

‘The future of the game in Namibia seems to be bright once again, with more schoolgirls taking an interest in the game, meaning on a grassroots level the game is growing. This in turns feeds into clubs and eventually the national side is growing. Hopefully, with this the Namibian national women’s team can once again step up and become a contender at African cups and not just as a participant in the next two years,’ sportnews.africa records.

Kotze is looking to become the first national head coach of the women’s national team. With her experience as a player, she could be a candidate for the position that has been dominated by males. In 2019, she hit a milestone becoming the first woman to attain her 7’s level 2 coaching certificate. However, her journey was not a walk in the park.

“While coaching the boys at Orban, it is safe to say that it did not come easy. In the beginning, it was hard trying to convince fathers – who are experts in the game in their own right- that two ladies could coach their boys. However, we stuck through it and yes at first, we did not win but the skill level and understanding of the game the boys had was clear and with each passing year the wins started rolling in. In the last two years, as the boys approached a big tour, a few fathers joined us to help hold tackle bags and just generally help where needed. Slowly their perspective changed about women coaching boys. I think the biggest lesson I learned through coaching the boys is to keep believing in your vision even if others do not see it or believe it. Keep believing in yourself.”

“Through the Unstoppable project, Rugby Africa is raising the profile and promoting women in rugby for a sustained change in the perception and diversity of the sport. An area that needs a special focus is the representation of female coaches and match officials as this is very low. Kotze is truly aiding in this focus area and is excelling in her coaching expertise. Her found love for coaching and her stance to give young boys and girls a real shot at a good rugby future is remarkable.”