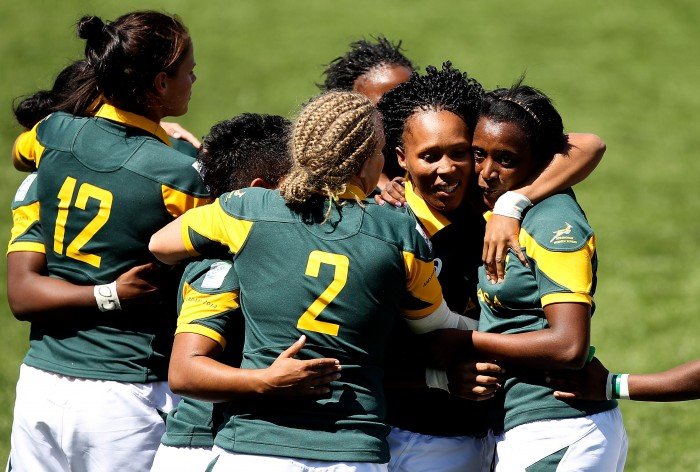 Springbok Women’s have shifted their focus from the disappointment of the Rugby World Cup (RWC) postponement.

The World Rugby announced on Tuesday that the rugby event will be played next year due to various concerns.

2021 Rugby World Cup was scheduled to be played on 18 September and 16 October in New Zealand but was cancelled majorly due to Covid-19 pandemic concerns.

The extravaganza has been pushed to a year where the FIFA World Cup will also be held in Qatar as well as the 2022 Africa Cup of Nations (AFCON), which was set to be played this year in Cameroon.

Women’s captain Nolusindiso Booi said the team was disappointed by the news that the rugby tournament will not take place as expected.

However, she said the squad will use the time to avidly prepare for the cup tournament.

“We were disappointed initially because we have been working very hard to ensure that we could give a good account of ourselves in New Zealand,” said hard-working lock Booi.

“But this difficult decision was taken with the safety of all involved in mind, and that has to be the top priority.

“The postponement of the tournament will hopefully allow the hosting of this massive world sporting event free from any risks associated with the COVID-19 pandemic, and where the teams are free to enjoy the experience fully.”

The skipper added: “The positive aspect is that it will give us more time to prepare for the tournament with a focus on game time, conditioning and mastering our structures and game plan so that we are even better prepared when we run onto the field next year.”

Booi was delighted in the progress made by the Springbok Women’s training group in Stellenbosch and is eager to meet up with other teammates.

“We have been making a steady improvement in terms of our conditioning and rugby skills over the last two months, and I believe the opportunity to spend so much time together will be beneficial in the long term,” said Booi.

“One of the keys to building a great team is to know one another well on and off the field, and we are achieving that cohesion in Stellenbosch.

“We will be welcoming several other team-mates soon, and I am excited about the new energy they will bring and what they will add at training and off the field.”