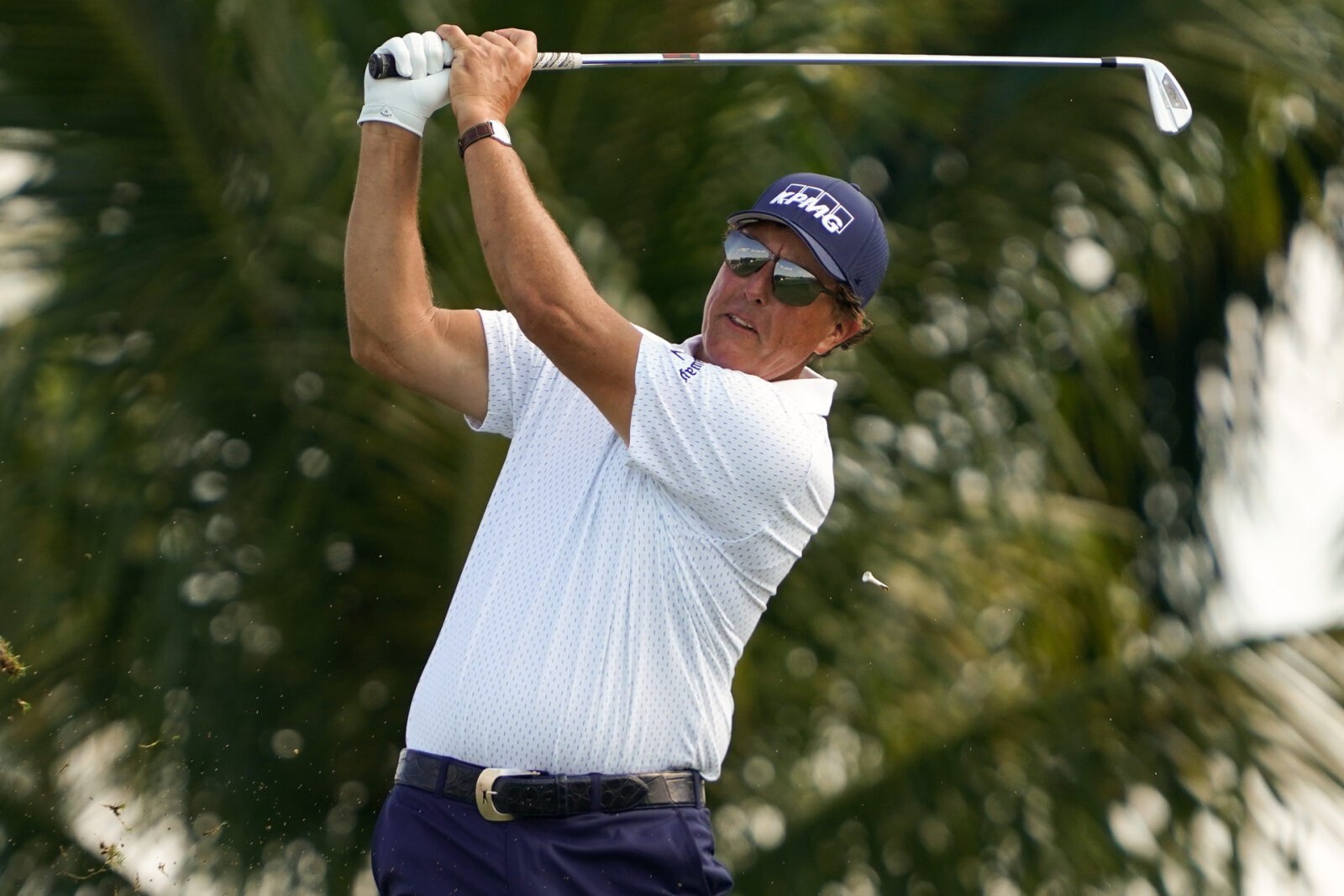 Phil Mickelson on the golf course.[Credit/essentiallysports]

His parents are Phil Mickelson Sr. and Mary Mickelson. He has two siblings named; Tim Mickelson and Tina Mickelson.

Phil who is nicknamed Lefty has won 44 events on the PGA Tour. These include five major championships. The five championships include; three Master titles (2004, 2006, 2010), a PGA Championship in 2005 and an Open Championship (2013)

The famous Mickelson won every major except the U.S Open. This is where he finished as runner-up six times.

The golf icon has spent over 25 consecutive years in the top 50 of the Official World Golf Ranking.

He has maintained over 700 weeks in the top 10. Mickelson has also reached a career-high world ranking of No.2 several times.

Phil is a life member of the PGA Tour. Though he is naturally right-handed, Mickelson is widely known for his left-handed swing. This is having learned from his right-handed father’s swing.

Mickelson became professional in the year 1992. Phil performed well in the majors up to the end of the 2003 season. These were 17 top-ten finishes, six-second and third-place finishes between 1999 and 2003.

However, Phil did not win any of them thus frequently being described as the “best player never to win a major”.

Mickelson had his first major championship win in his 13th year on the PGA Tour. This was in 2004. He secured victory in the Masters.

In November 2004, Mickelson tallied his career-low for an 18-hole round: a 59 at the PGA Grand Slam of Golf at Poipu Bay Golf Course in Hawaii.

Mickelson captured his third major title the following spring at the Masters. He won his second green jacket after shooting a 3-under-par final round, winning by two strokes over runner-up Tim Clark.

This win propelled him to 2nd place in the Official World Golf Ranking (his career-best), behind Woods, and ahead of Vijay Singh and Retief Goosen.

“In 2010, Mickelson won the Masters Tournament on April 11 with a 16-under-par performance, giving him a three-stroke win over Lee Westwood. The win marked the third Masters’ victory for Mickelson and his fourth major championship overall.”

However, wins did not stop there. In 2012, Phil got another win. This was his 40th career PGA tour win.

In 2020, he resumed to PGA Tour season and made the PGA Tour Champions debut.

Being the second most paid golfer in the world after Tiger Woods, Phil has a high net worth.

“Phil Mickelson’s net worth is estimated at a whopping 400 million dollars. He is one of the most wells players in golf. Besides his salary and tournament payouts of about $10 million annually. It is also complemented by his endorsements of $50 million a year.”

Phil’s salary is estimated to be $10 million. 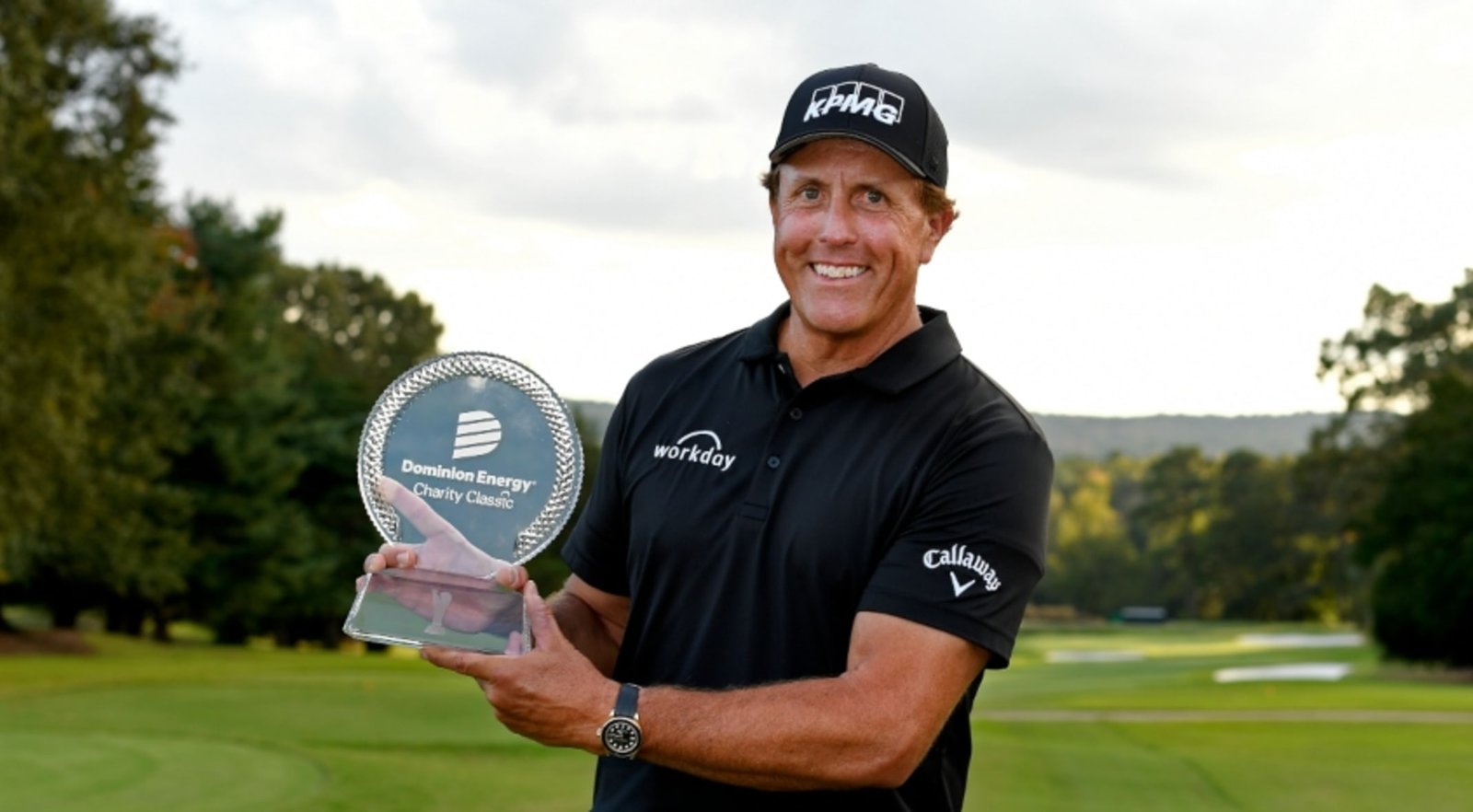 Mickelson is endorsed by several brands. He receives $ 50 million from endorsement deals.

Phil has a foundation dubbed Phil and Amy Mickelson Foundation. It was founded in 2004 and it is privately funded. It focuses on supporting a variety of youth and family initiatives.

Some of the initiatives that Mickelson has supported include; ‘Caddy for a cure’, ‘First Book’, ‘Celebrity Fight Night Foundation’ among others.

Phil is married to Amy Mickelson since 1996. The two have three children named; Evan Samuel, Amanda Brynn and Sophia Isabel.