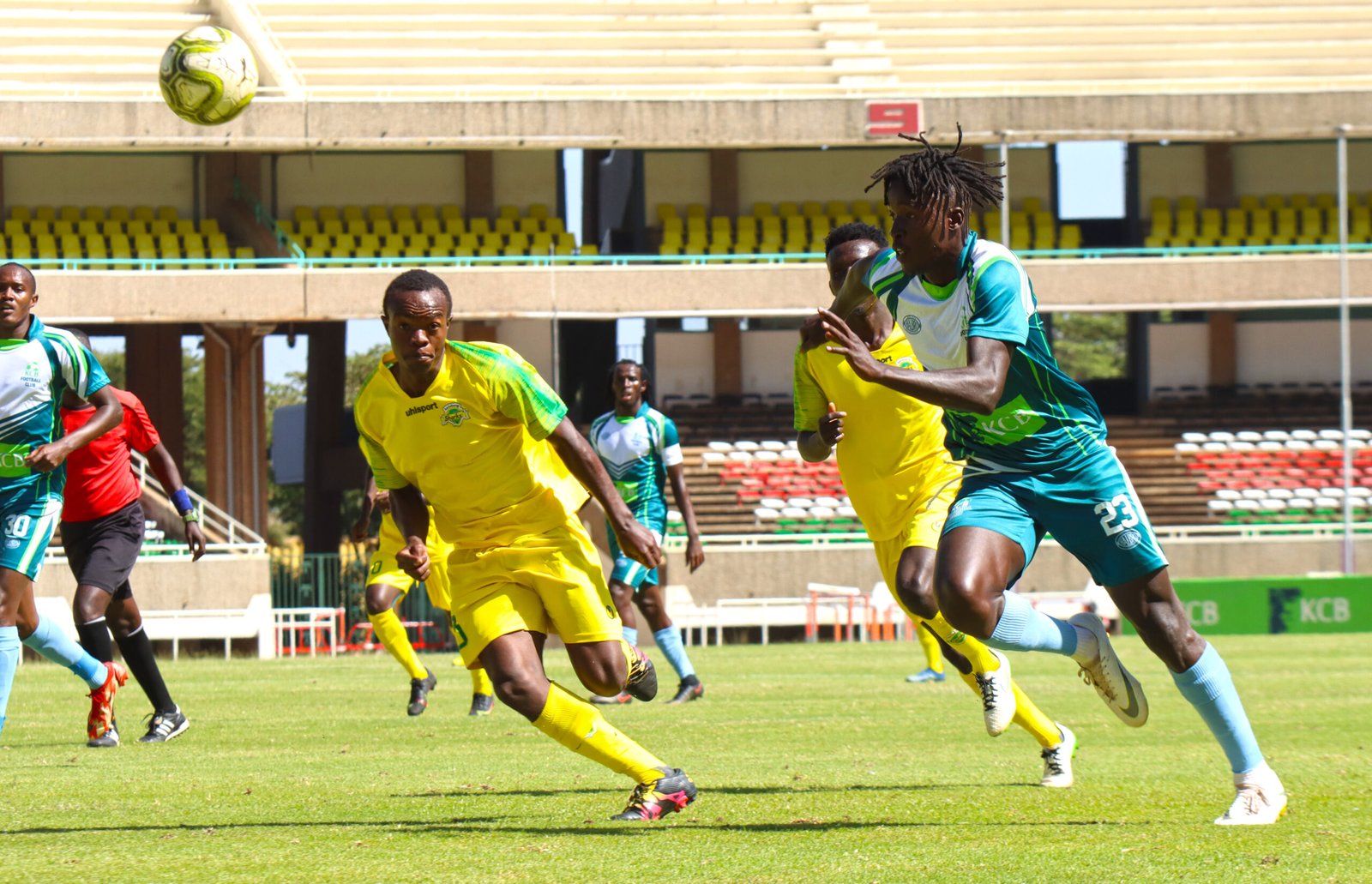 Sharks in a past match

Kariobangi Sharks will look towards another five-star performance when they take on Bandari FC at the Kasarani Stadium on Wednesday afternoon. Sharks picked only their second win of the season in emphatic fashion, thrashing Posta Rangers 5-1 in Sunday.

The win boosted the team’s confidence and they will be keen for a similar performance against the wounded dockers.

Head coach William Muluya says his team was hugely motivated after the win, but has warned his charges not to get carried away.

“It was a perfect performance from the team especially coming from a goal down. It showed some character and maturity from the players. But we need to maintain the focus and not get carried away with that,” the coach said.

Against Posta, Sharks picked up one of their biggest wins in Premier League history after thrashing Posta Rangers 5-1 at their Utalii Complex backyard. Tyson Otieno scored a brace in the five-star performance as Sharks picked up their second win of the season in the 10th time of asking.

Sharks had to come from behind after Brian Marita had given Posta the lead after 22 minutes. The former Tusker FC and AFC Leopards man fired from inside the box. Marita fired into the roof of the net from inside the box after Timothy Otieno’s initial effort had been blocked.

Otieno had the first chance of the game when he broke into the area, but his low shot sailed wide.

However, Sharks equalized in the 38th minute when Kelvin Musamali shot low into the bottom right after the Posta defense failed to clear from a corner.

Tyson Otieno gave them a 2-1 lead five minutes to the break when he curled the ball into the top left after a goalkeeping mistake from the Posta shot stopper.

Two minutes later they were 3-1 up, another horrific goalkeeping show from the Posta man seeing a Keith Imbali shot from range creep into the bottom left corner.

Moses Shikanda made it 4-1 in the 63rd minute when he connected Masaba’s cross from the left. Otieno completed his brace in the third minute of added time with a shot from inside the box after a ricochet from the post.

Earlier, he had twice been denied by the upright in what was a perfect performance by the sharkmen.

Posta have seemingly become the league’s punching bags and will be up to bounce back when they take on KCB.

Bandari wounded after back to back defeats

Meanwhile, Sharks face a Bandari side wounded by back to back defeats. A victory at home against Tusker seemed to have turned their season around, but they have failed to build on that victory.

Pressure will be in coach Anthony Kimani to turn the tides around.

Meanwhile in other matches, Kakamega Homeboyz will host Sofapaka in Bukhungu. Homeboyz coach John Baraza will be coming up against his former employers. He is considered as a Sofapaka legedn, having led them to the league title in 2009 and won two Golden Boot trophies with them.