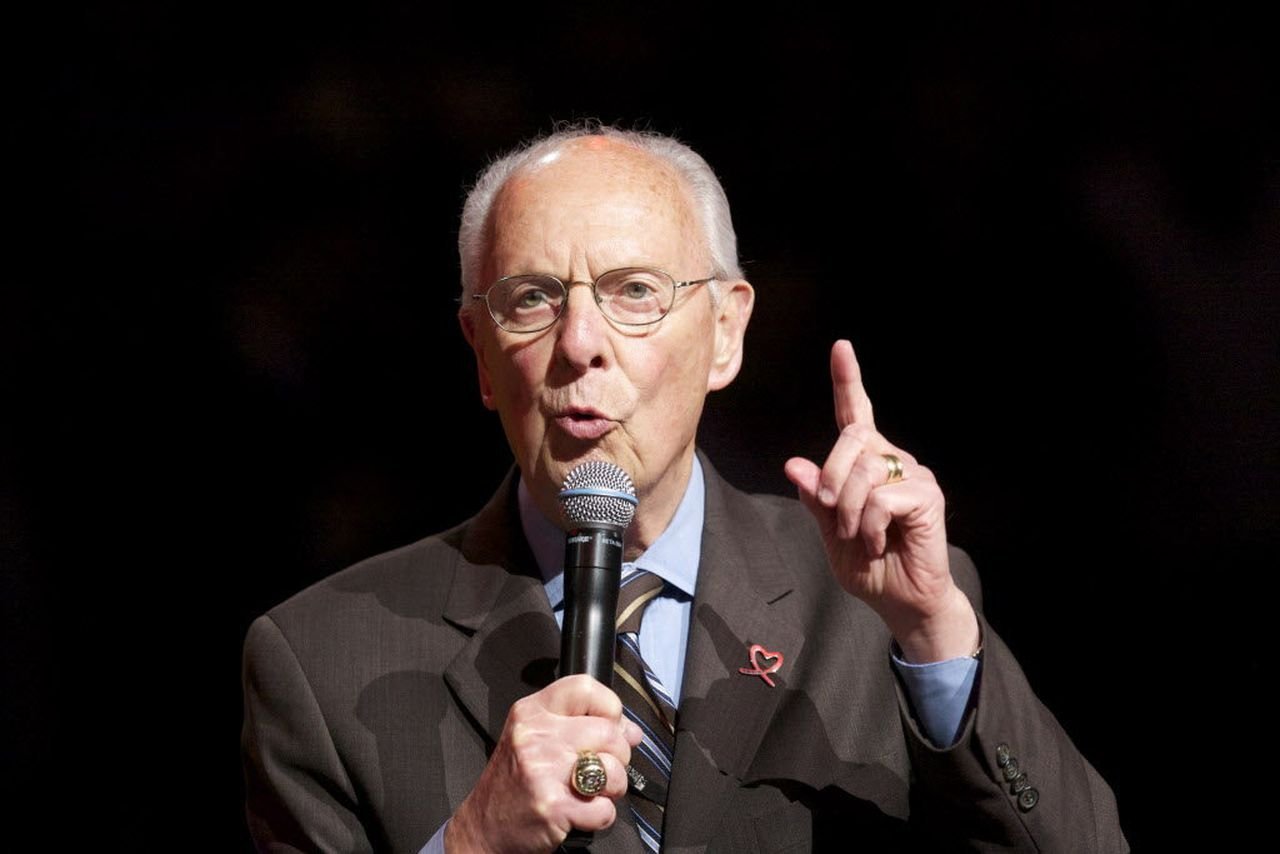 Bill Schonely is a renowned NBA broadcaster and has passed at the age of 93. | PHOTO: Oregon Live |

Bill Schonely, the renowned baritone broadcaster for the Portland Trail Blazers who popularized the term “Rip City,” passed away on Saturday. He was 93.

The Schnoz, Schonely was the team’s broadcaster for its first season in 1970 and served in that capacity for over 28 years, covering the team’s quest for the NBA championship in 1977.

The club reported that he passed away in Portland with Dottie, his wife of 31 years, by his side. There was no mention of the reason for death. 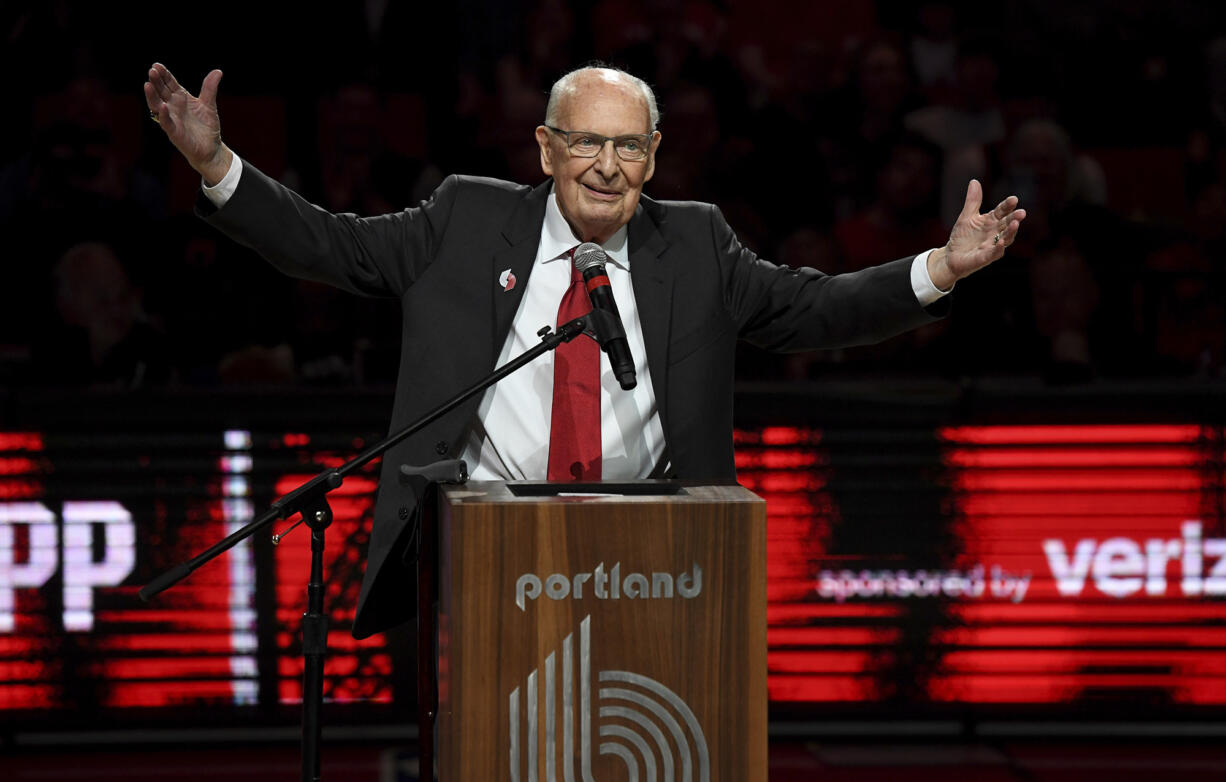 Bill Schonely is a renowned NBA broadcaster for the Portland Trail Blazers and has passed away at the age of 93. | PHOTO: The Columbian |

“The Schonz was a cornerstone of the organization since Day 1. He was the ultimate Trail Blazer — the voice of the Trail Blazers,” former Blazer Terry Porter said in a statement released by the team. “He was someone Blazers fans grew up listening to for many generations. His voice will be missed, his presence will be missed, but his legacy will not be forgotten. It’s intertwined with every part of this organization.”

Schonely worked as the Blazers’ ambassador when he retired from broadcasting, and he attended many home games up to his official retirement last year. 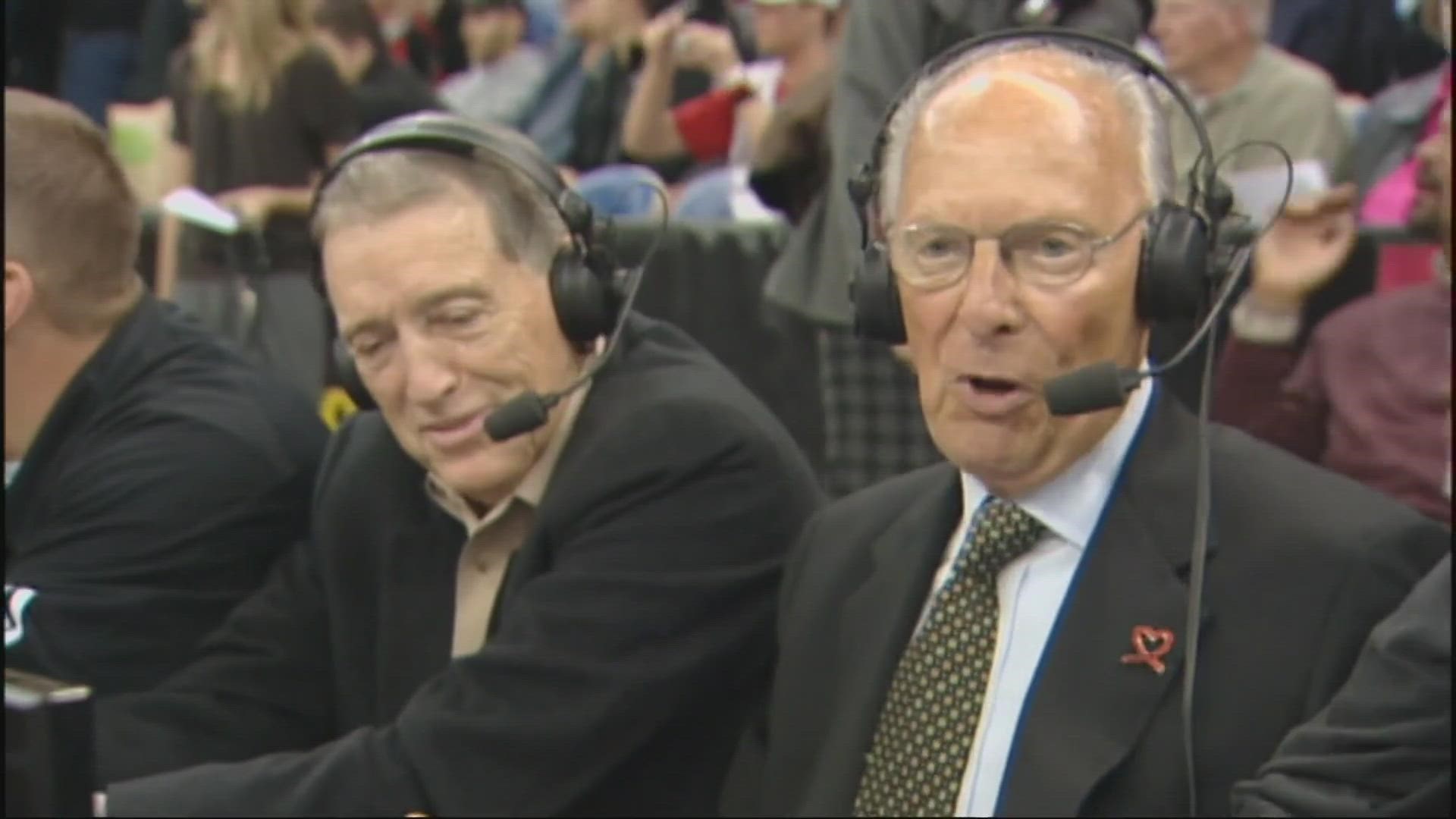 Bill Schonely (right) is broadcasting during a former NBA match for the Portland Trailblazers. | PHOTO: KGW |

“My friend Bill Schonely provided the soundtrack for generations of @trailblazers fans and forever made our beloved Portland into #RipCity,” Wyden posted to Twitter.

My friend Bill Schonely provided the soundtrack for generations of @trailblazers fans and forever made our beloved Portland into #RipCity. I join all of #RipCity in extending condolences to Bill’s wife Dottie & his entire family. RIP to a true Oregon legend. pic.twitter.com/MkEebohTRB

The tagline “Rip City,” coined by Schonely and now immortalized on one of the team’s jerseys, was conceived during a matchup with the Los Angeles Lakers. The Blazers rallied after falling behind by more than 20 points.

Schonely recalled Jim Barnett, a former Oregon player and one of the original Blazers, winking at him before shooting a shot a few feet inside the midcourt line in a previous interview. It dropped.

“I was going to say it ‘rip the twine’ or something but I came up with ‘Rip City! All right!’ And look what happened,” Schonely said. “It took a little while for that phrase to catch on. I had no idea that all of this was going to happen. But it did, and wherever you go, it’s humbling to me, but it’s ‘Rip City.'”

Schonely broadcasted more than 2,200 Trail Blazers games. In 2012, he received the Curt Gowdy Media Award from the Naismith Memorial Basketball Hall of Fame.

The Blazers announced that there would be a public memorial service for him.

Why the MVP Award is so prestigious for NBA players
Who is the greatest rebounder in NBA history?