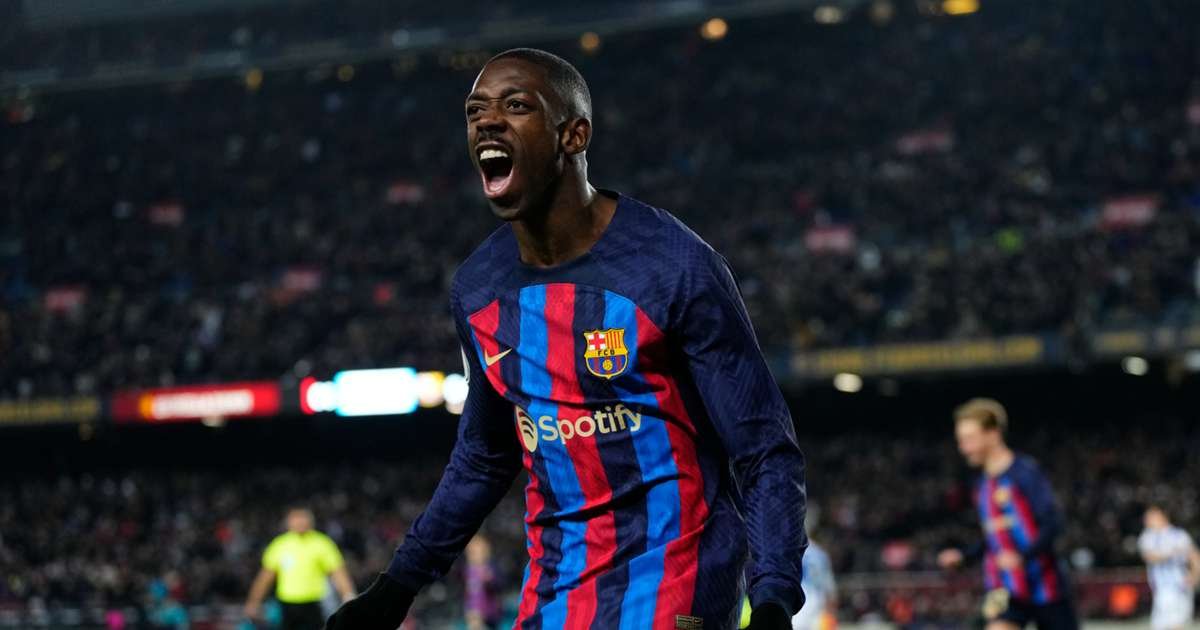 Ousmane Deembele celebrates a goal in the match. | PHOTO: BBC |

Barcelona defeated Real Sociedad by a score of 1-0 at Camp Nou to go to the Copa del Rey semi-finals.

Despite dominating the first half, the home team was unable to break through; however, after Brais Mendez was dismissed in the 40th, the home team gained the upper hand.

Jules Kounde set up Ousmane Dembele for a strong finish past Alex Remiro to give the Blaugrana the lead early in the second half.

Up until Sociedad’s late surge, the game between the top and third-placed teams in La Liga was rarely as close as the score indicated. Xavi’s team will now move on to try to add another trophy to their recent Supercopa de Espana triumph. 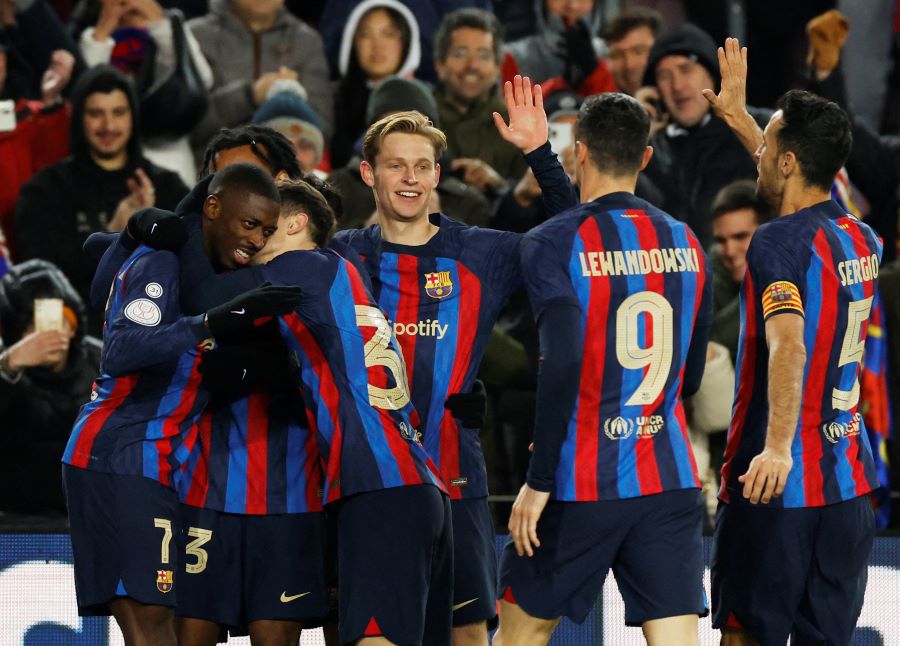 Barca made a strong start and nearly scored in the eleventh minute, but Robert Lewandowski’s shot was deflected into the net by an errant Frenkie de Jong.

Shortly after, the dangerous Dembele threatened with a curling effort that went just wide of the left-hand post following a hard run, while Takefusa Kubo’s opening shot for the visitors right before the half-hour mark hit the crossbar.

Before halftime, the home crowd cheered almost ironically as referee Gil Manzano, who earlier in the season dismissed Lewandowski, dismissed La Real’s Mendez after a VAR review revealed the midfielder had caught Sergio Busquets on the ankle with his studs.

In the 52nd minute, Dembele scored the game’s first goal after sprinting onto a feed from Kounde down the right channel and beating Remiro at the near post with a shot.

Alexander Sorloth’s miraculous turn of Kubo’s close-range cross over the bar on the hour, while Gavi struck the woodwork at the other end, should have levelled the score for La Real.

However, Marc-Andre ter Stegen’s late saves to deny Roberto Navarro in a one-on-one situation and then Jon Ander Olasagasti’s strong shot were enough to guarantee Barca’s progression to the final four.

It seems strange to say about a team that had Lewandowski in it, but the one thing eluding Barcelona for much of the game was composure in the final third.

They had 20 shots overall, hitting the target six times, but seemed to struggle to break down their opponents more after gaining a man advantage.

It did not matter in the end as they claimed the win thanks to yet another clean sheet, though that was also reliant on Sorloth’s remarkable miss and Ter Stegen’s late saves.

Another day saw Dembele demonstrate his ability to contribute significantly to this Barcelona team, continuing his outstanding season thus far.

The France international made three crucial passes, which was more than any other player, and four open play crosses into the box in addition to scoring the game-winning goal.

After losing a player, Imanol Alguacil’s team put in an impressive effort, but before Mendez was fired, they didn’t look capable of troubling their opponents.

They only had one shot up until that point, which was Kubo’s attempt that hit the crossbar. They only mustered seven shots on goal overall, troubling Ter Stegen twice.

It is back to La Liga action at the weekend as Barcelona travel to Girona on Saturday, while Real Sociedad face Real Madrid at the Santiago Bernabeu on Sunday.