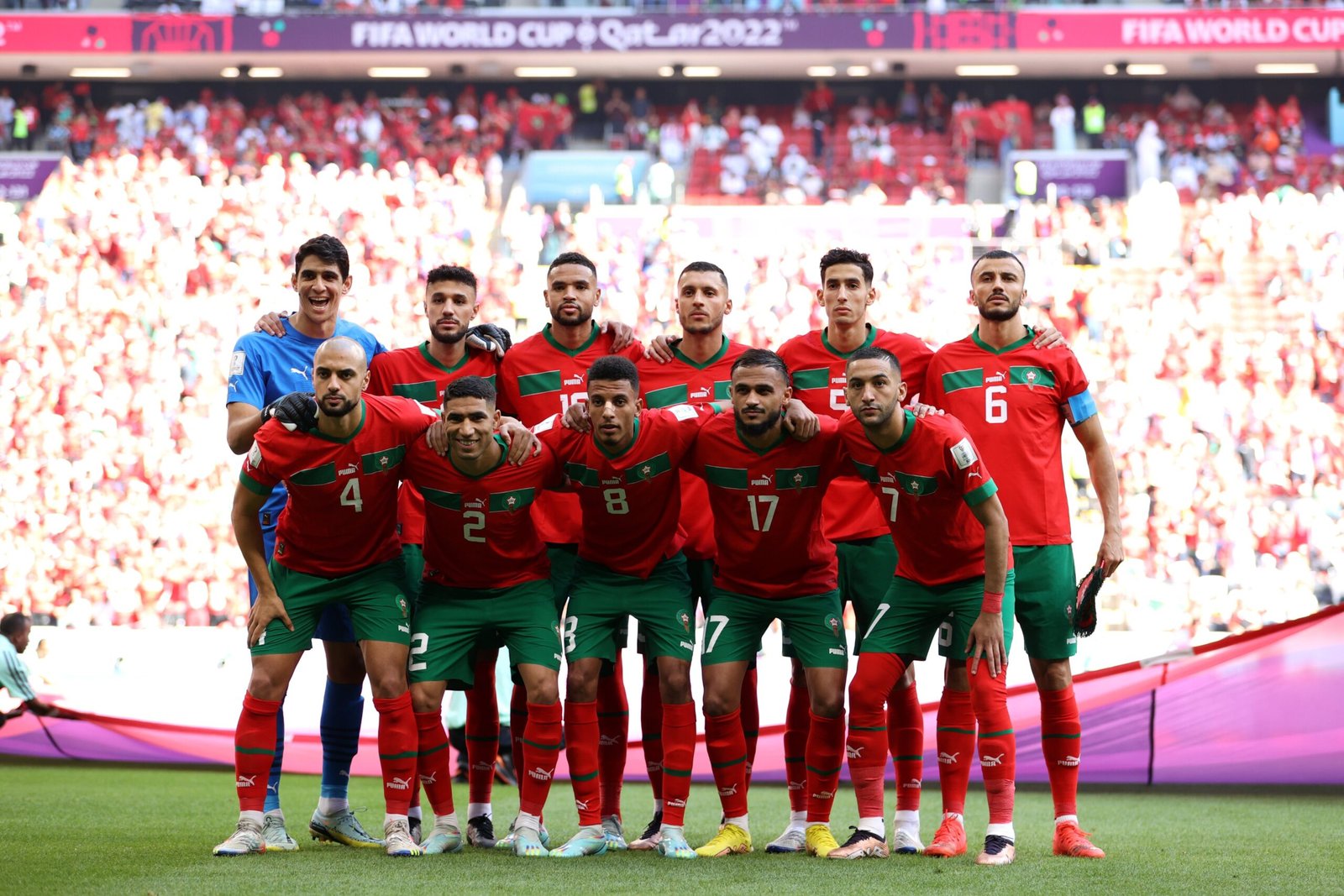 Morocco players line up before the match against Croatia. PHOTO/FIFA

Morocco take on Spain in the round of 16 at the FIFA World Cup on Tuesday evening, looking to keep Africa’s flag flying in Qatar as the continent’s only survivor so far. Senegal were eliminated from the same round after losing 3-0 to England.

Tunisia, Cameroon and Ghana all failed to make it past the group stages and now Morocco will be tasked with ensuring that an African team can make it into the last eight.

The best performing African teams at the World Cup were Ghana (2010) and Senegal (2002) all of who reached the quarter finals. The Atlas Lions are looking to follow in these same footsteps and make history.

The Moroccans know only too well their task will not be simple as they come up against a hugely talented Spanish side, full of young blood and keen to make their mark in the world.

Head coach Walid Regragui says the team knows only too well the task ahead of them, but believes they can pull a shock against the Spanish side.

Not the same teams playing 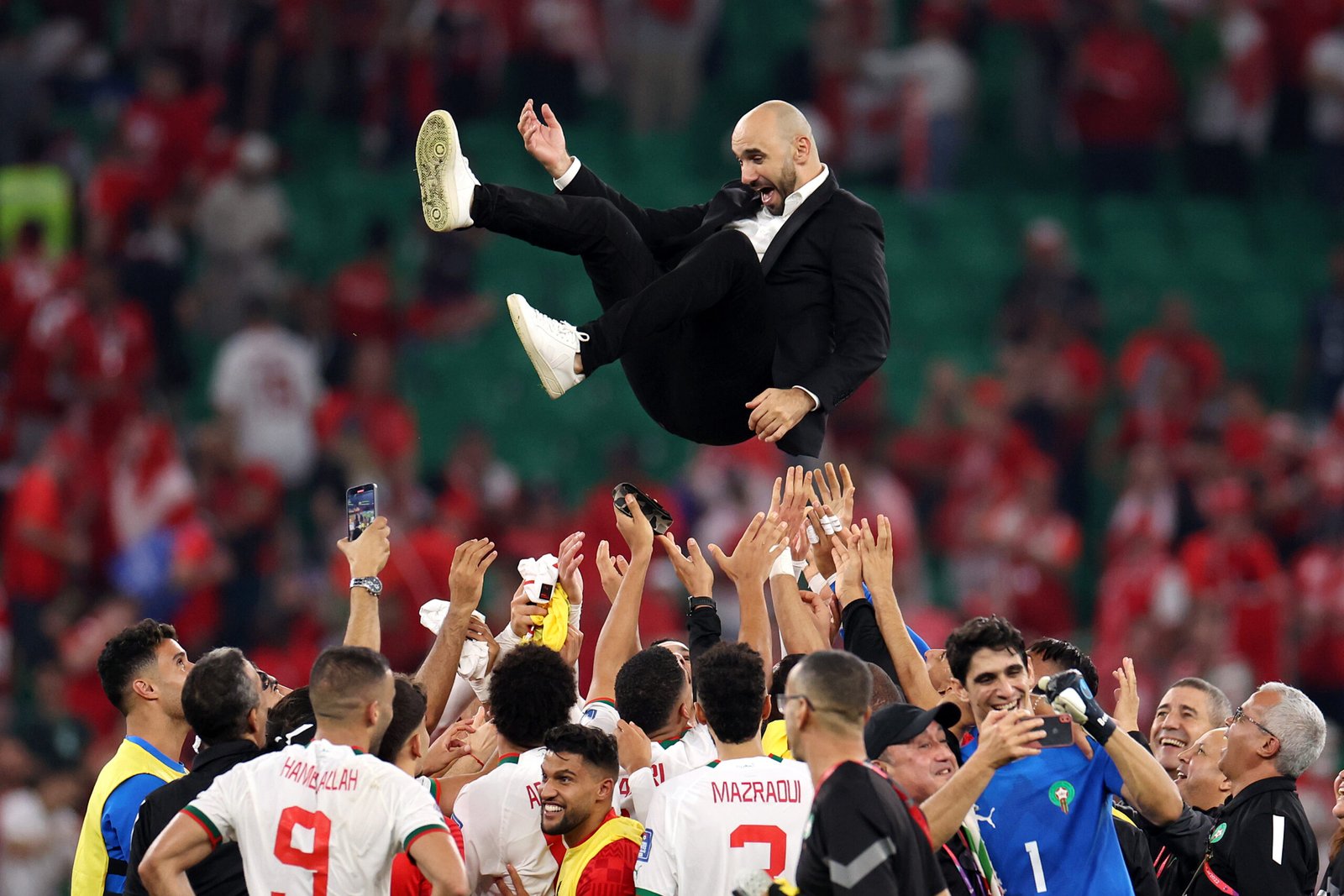 Coach Walid Regragui being celebrated by the team. PHOTO/FIFA

“It’s not the same team as in 2018, not the same Spain team as in 2018. It’s two high-level teams coming up against each other. We are going to give it our all and not have any regrets. We don’t want to leave the competition with regrets,” the tactician, who took charge of the team in August said.

He added; “We don’t have anything to lose. We will come out swinging, with a winning attitude, to hoist the Moroccan flag high. We want to make all Arabs and Africans happy and we want their prayers and support to give us that extra ingredient. Before it was just Moroccans, now we will add the Arabs and Africans with their support and prayers,” said the tactician.

Morocco reached the round of 16 for the first time in 36 years after topping their group. They have never made it into the quarter finals at the World Cup. 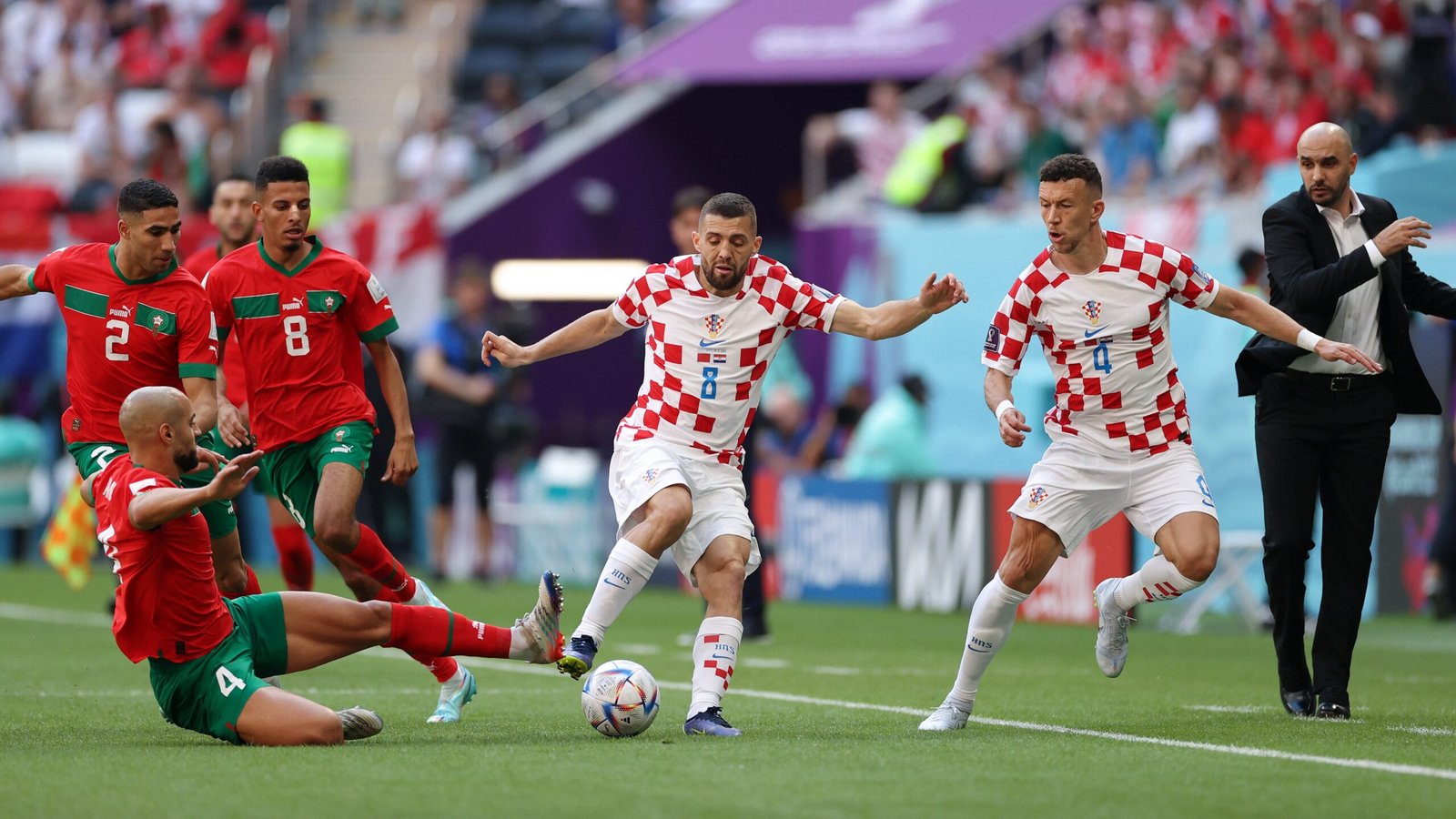 Morocco vs Croatia at the FIFA World Cup. PHOTO/FIFA

They will look to rely on their amazing performance at the World Cup so far. They beat Belgium 2-0, and Canada 2-1, adding on to the 0-0 draw they picked in the opening match against Croatia.

It is not just the performances that have been breath-taking, but the zeal and determination shown by his players. They have only conceded once in three matches and have the best defense so far.

Spain have had a mixed World Cup. They started off with a wonderful performance thrashing Costa Rica 7-0, but they drew 1-1 with Germany and lost 2-1 to Japan in their subsequent matches to finish second in the group.

But in a knockout game, past results rarely matter. They will be all out to earn their right and make the quarter finals, but the Moroccan dream will come their way.

Moroccan football has been hugely successful this year. Their clubs are holders of both Continental titles, Regragui having led Wydad to the CAF Champions League wile RS Berkane won the CAF Confederation Cup.

Though they were not as fluid at the Cup of Nations, under Regragui, they have shown real zeal and determination.