Ghana fall flat in Uruguay revenge mission, but both exit 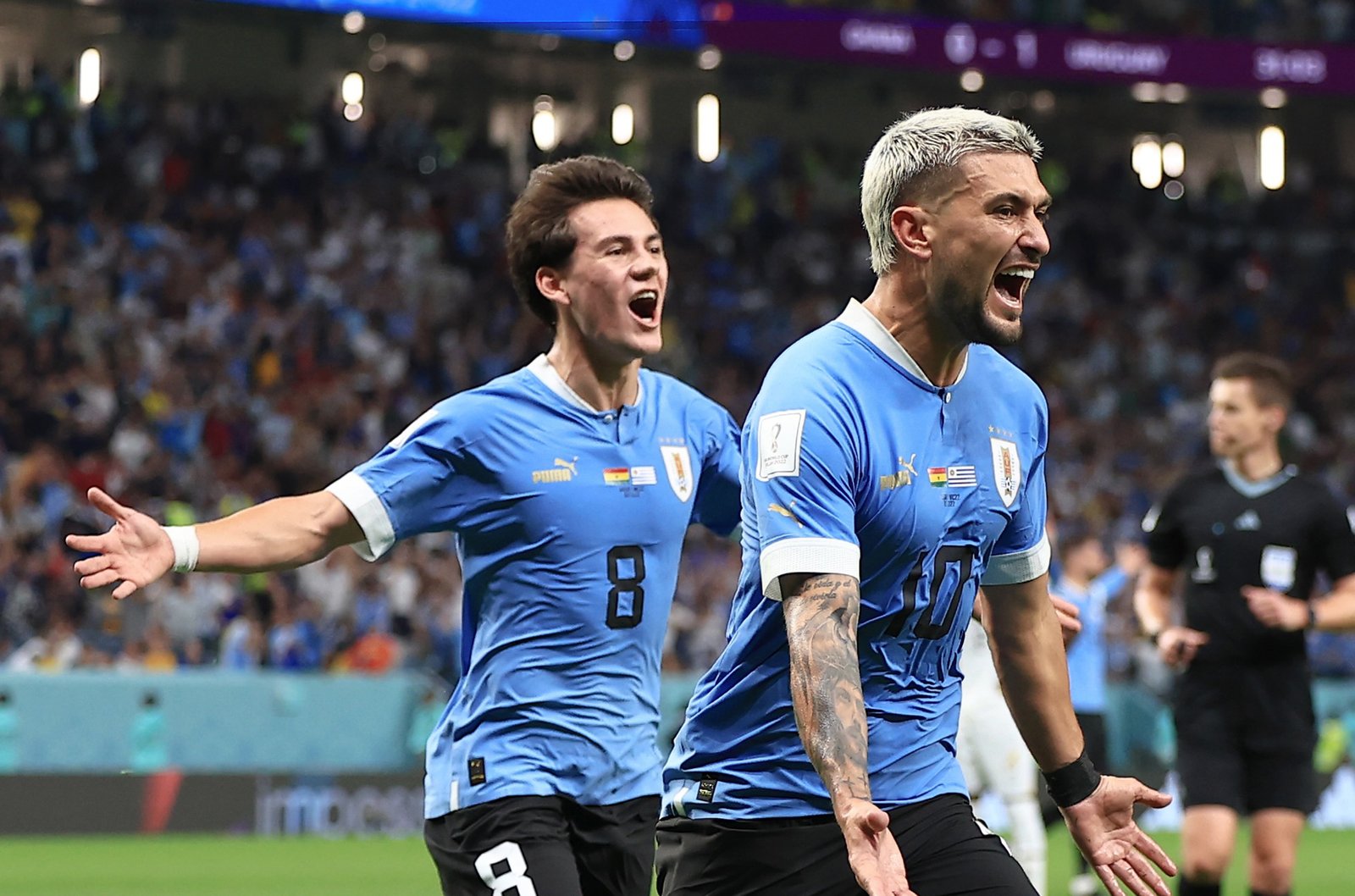 Uruguay celebrate one of their two goals. PHOTO/FIFA

As if lightning strikes twice at the same place, Ghana once again missed a crucial penalty against Uruguay, as the Black Stars were dumped out of the World Cup following a 2-0 loss to the South Americans on Friday.

In 2010 when the sides last met at the World Cup, Asamoah Gyan missed a crucial penalty as they lost to Uruguay in the quarter finals. Lightning struck 12 years later, this time Andre Ayew missing an early penalty that would have put them at a good position for the round of 16.

Giorgian de Arrascaeta scored twice for the Uruguayans, but the victory was not enough as they were edged out from second spit by South Korea on goal difference after the latter beat Portugal 2-1.

Coming into the match, both Ghana and Uruguay had a chance of making it into the round of 16, but had to win the match. It was Ghana who had the best of starts and they were handed a glorious opportunity to take the lead from the penalty spot.

Mohamed Kudus was brought down by the keeper as he raced to pick up a rebound. After consulting the VAR, the referee affirmed his onfield decision. Ayew stepped up, but took a tame shot that was saved by the keeper.

Uruguay seemed to have been fired up by the penalty miss as they piled pressure on Ghana and Mohamed Salisu had to make a goalline clearance to prevent the opening goal.

Pressure paid off with opening goal

But, the pressure finally paid off in the 26th minute when Arrascaeta scored the first of his two. The forward reacted quickest after Ghana keeper Ata Zigi had punched a shot from Suarez, and the latter pounced on it with a header a yard from goal.

He doubled the lead five minutes later, this time finishing off with a sweet volley inside the box after a headed assist from Suarez, who was having a blinder of a game, perhaps motivated by the hate directed to him by Ghanaian fans for his 2010 acts.

The South Americans took a 2-0 lead to the break and were well on course for a place in the last 16.

In the second half, Ghana came back with more vigour and determination. Kamaldeen Sulemana who had come off the bench was causing all manner of problems for the Uruguay side.

He had a snap shot on the left slide inches wide after storming into the box. Minutes later, Kudus took a rasping effort from the edge of the box, but the keeper made a flying save to keep the score at 2-0.

While Ghana were pressing, news trickled into the stadium that South Korea were leading Portugal 2-1 and Uruguay suddenly had a sense of urgency as they just needed a goal to progress on head to head record.

They piled pressure, and they had more chances. Fede Velverde had a well taken volley saved by keeper Zigi despite taking an awkward bounce just infront of him before Substitute Maximiliano Gomez had a well taken low shot from distance turned behind for a corner.

Uruguay threw everything at Ghana knowing just a goal would sail them through and they had two shouts for a penalty both turned down.

With no goal in sight, both teams exited the competition with South Korea and Portugal going through on the other side.