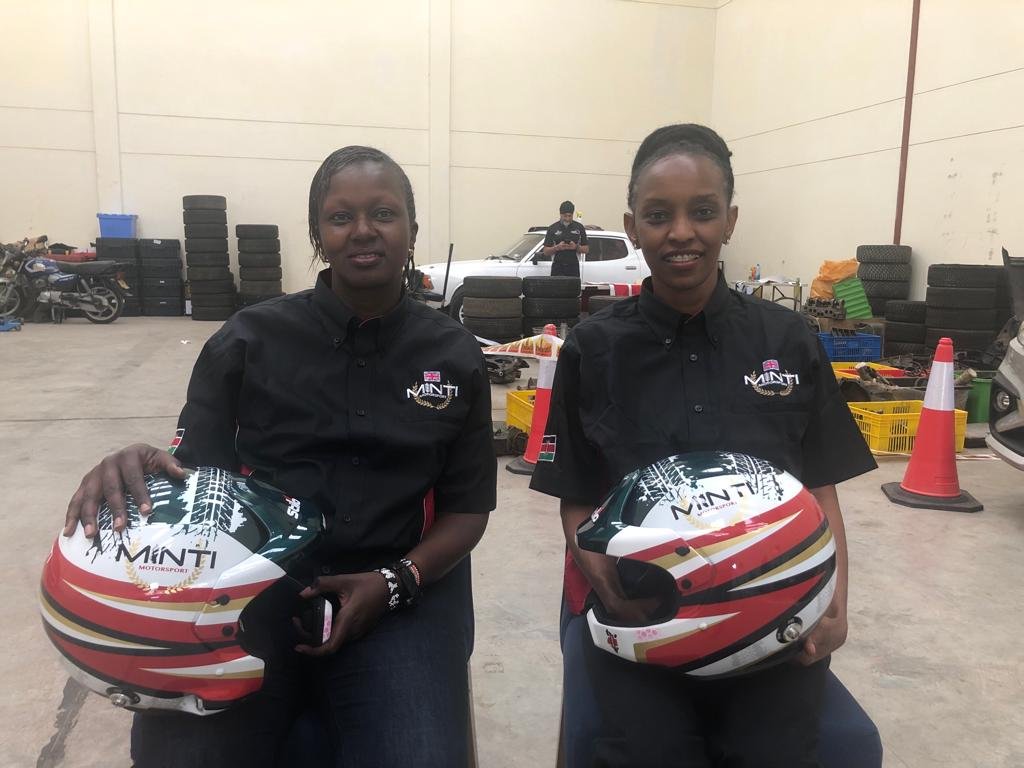 The all-women’s crew of Carol Gatimu and Tuta Mionki are looking forward to their Mini Classic Rally debut ahead of action which revs off at the Sarova Woodlands Nakuru this weekend.

Prior to action proper on Friday, Tuta and Gatimu will present their Minti Motorsports Datsun machine for pre-event scrutineering which will dominate the event’s program on Thursday.

The duo took their classic machine for a performance test in Kimuka and sounded febrile well in time for the event that will traverse some of.Safari’s historic routes in the Great Rift Valley including Cherangani Hills.

Tuta, who is the 2018 Kenya Motorsport Personality of the Year remarked: “It’s exiting to sit alongside Caroline (Gatimu). We have known each other for years but this is the first time an opportunity to sit together has presented itself. This is my first Classic Rally. I have always wanted to take part in this legendary event and I am grateful for this opportunity.”

Gatimu, who participated in last weekend’s RSC Autocross event at Kasarani thanked Minti Motorsports for the opportunity to explore a completely different type of motoring which is associated with endurance and nostalgia.

She said of the Datsun 1600 SSS they tested ahead of the weekend: “I am glad to experience a completely new feeling of the rally sport in a classic set up. We ran a successful test run which was all good in terms of the car performance, suspension and all facets of the car’s operation. The car is in brilliant shape and happy with what the mechanics have done so far, we are good to go,” said Gatimu.

Tuta added that she is well-versed with the Tulips which are traditionally used in the navigation of classic cars; and which is a far cry from from the usual pace-notes.

The event has attracted quite a sizable chunk of Kenyan big boys among them too Swed Baldev Chager, Ian Duncan, Carl Tundo and Raaji Bharij among others.

Foreign teams will also spice up the. 3-fay/1000km rally which will traverse some of Kenya’s historic terrains of the old type Safari.

Among the foreigners listed for the weekend  include Lola Verlaque/Edward Verlaque of South Africa in a VW Golf MK1, Briton Malcom Rich in a Ford Escort MK2, the Dutch-Belgian team of Remon Vos and Stephane Prevot in a Porsche 911.

Others are Irish driver Tom Wright in a Ford Escort, Belgian Mercedes driver Bart Vanhavebeke and the all-South African crew of Jose Sardinha and Glen Castle in a Pajero.

The Mini Classic Program for the week will continue with scrutineering , tracking and System Fitting on Thursday at Nakuru’s Sarova Woodlands Hotel.

Thereafter organisers will publish the  Start List later in the day on Thursday followed by drivers briefing and welcome party. The rally will start on Friday at 8am.

Crews will cover a mammoth distance of 400km through to Ripa Mall where the headquarters of the rally will be based through to the event’s finish on Sunday from approximately 14h00 at Eldoret, Eka Hotel.

Post Event Scrutineering  will be one of the last activities of the program on Sunday, 11th December 2022 from 14h30 at Eka Hotel prior to the publication of provisional results on the same day at 16h30.

The ramp ceremony will be preceded by the publication of provisional results from  17h00 onwards.