The biggest World Cup shocks of all time 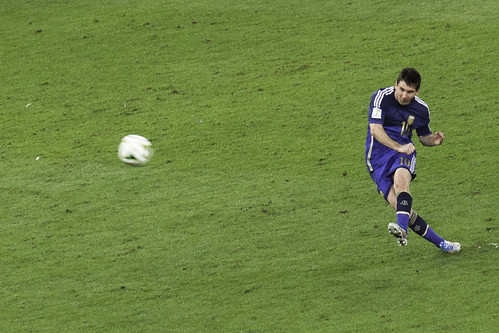 Football has always produced its fair share of shock results, but a higher density of surprise score lines tends to occur at the World Cup. Perhaps the occasion and the vital importance of the games can lead to a nervous approach from the big teams.

In 2022, the tournament in Qatar delivered what could be considered as the biggest World Cup shock ever.

Argentina went into the 2022 World Cup as one of the favourites to lift the trophy. With the mercurial Lionel Messi guiding the team, they were fully expected to breeze through a group which included Mexico, Poland and Saudi Arabia.

The opening match against the Saudis should have been straightforward for the South Americans. Early betting odds showed that Argentina were red-hot favourites for the three points and that their opponents were out at 33/1 in places.

Everything went according to plan when Messi put his team ahead from the penalty spot in ten minutes. Argentina continued to dominate the first half, and while they had three goals disallowed, there was nothing to suggest that the Saudis could even earn parity. 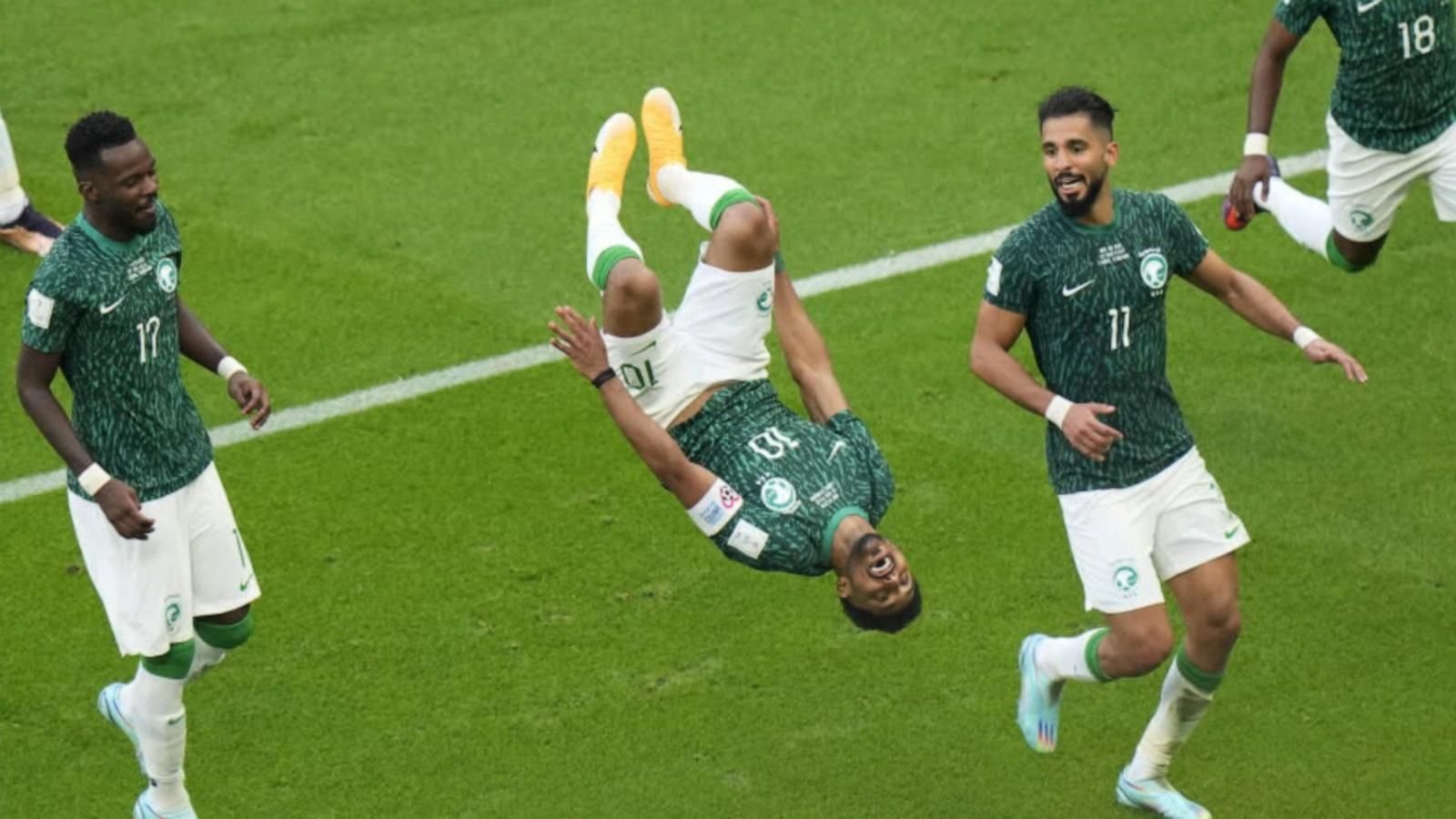 The next 45 minutes stunned the Argentines and the wider footballing world. Two second-half goals from Saleh Al-Shehri and Salem Al-Dawsari sealed the 2-1 win. It was an incredible performance, but where does it rank in terms of the World Cup’s all-time shocks?

A little over 24 hours on from Argentina’s unexpected downfall, Japan delivered another World Cup stunner. Against multiple world champions Germany, the Japanese mimicked Saudi Arabia by going in one down at the break before recording a historic 2-1 victory.

If Saudi Arabia hadn’t pulled off that impressive win, Japan’s success would surely have been the shock of the tournament. It remains one of the biggest upsets in the history of the competition, but the Japanese were rated at 6/1 for the win, so it’s certainly not the biggest of all time.

A 1-0 defeat of England by the USA in the 1950 World Cup is hard to put into context nearly 75 years later. The two teams would later draw 1-1 at the 2010 tournament but by then, both squads contained established professionals.

The situation in 1950 was entirely different. England travelled to Brazil as one of the favourites, and their starting XI featured some of the greatest players of all time. Their squad included Tom Finney, Stanley Matthews, Stan Mortensen and their influential captain Billy Wright.

In contrast, the USA fielded amateur players, including postmen, dishwashers and a schoolteacher.

England were heavy favourites and, while they dominated play, they couldn’t find the net. Up stepped Joe Gaetjens, a former Haiti international, to score the only goal that secured a 1-0 win and ultimately dumped England out of the tournament.

England would eventually put the disappointment behind them to win the World Cup on home soil in 1966. In the same tournament, North Korea produced another contender for the biggest World Cup shock of all time. 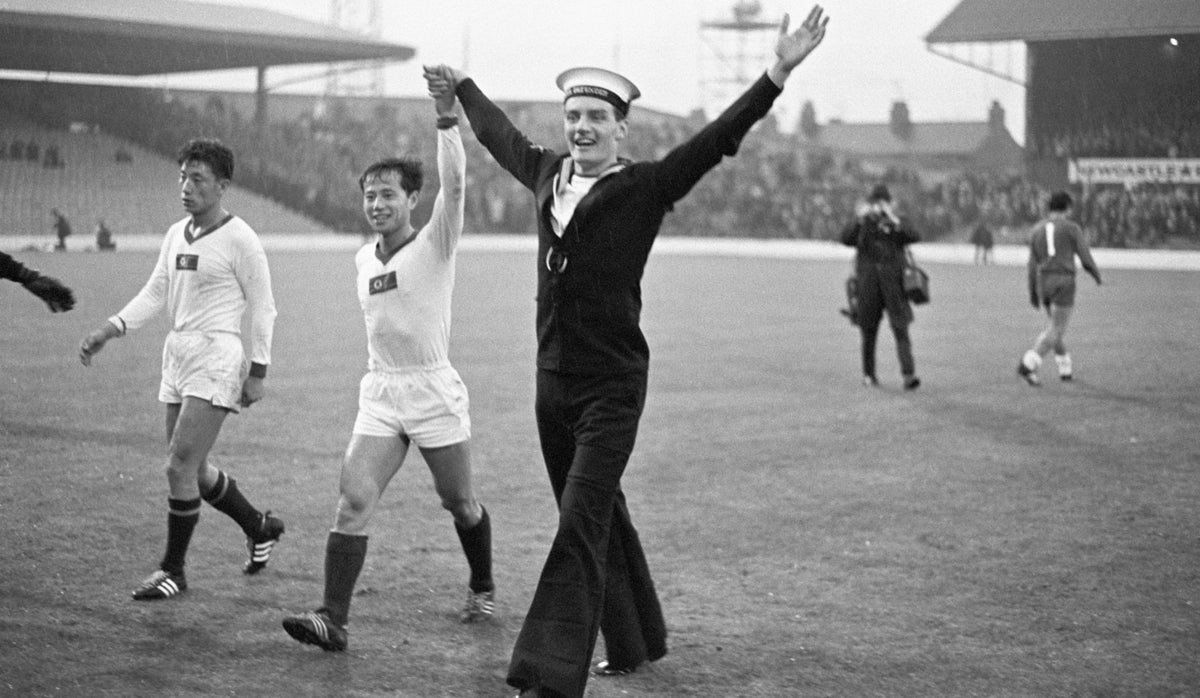 Every World Cup has its minnows, and this was the case, even when only 16 teams made it through to the finals. The North Koreans were rank outsiders and were fully expected to exit a tough opening group that included Chile, Italy and the Soviet Union.

After a 3-0 defeat to the Soviets, a 1-1 draw with Chile was a surprise in itself. No one, however, could have foreseen North Korea making it to the knockout stages after a 1-0 victory over Italy. The Italians were two-time World Champions and heavy favourites, but Pak Doo-Ik’s 42nd minute strike sent them home.

North Korea came close to pulling off another shock in the quarter-finals. They raced into a 3-0 lead over Portugal before four goals from the great Eusebio helped his team eventually seal a 5-3 win.

Opening games of any World Cup can often be subdued affairs, but that certainly wasn’t the case at Italia 90. As defending champions, Argentina had the honour of getting the tournament underway, and they were fully expected to claim a comfortable three points against Cameroon.

Their opponents hadn’t read the script and what happened next helped to put African football on the map. Cameroon was brutal, in more ways than one. Despite having two men sent off, they held on to a 1-0-win courtesy of a second-half header from Francois Omam-Biyik.

Argentina recovered to make the final in 1990, and their 2022 counterparts will be hoping for a similar response. It takes a lot to bounce back from this kind of defeat, and Lionel Messi and his men have work to do.

Argentina has the quality to progress, but was that 2-1 loss to Saudi Arabia the biggest World Cup upset in the history of the tournament?