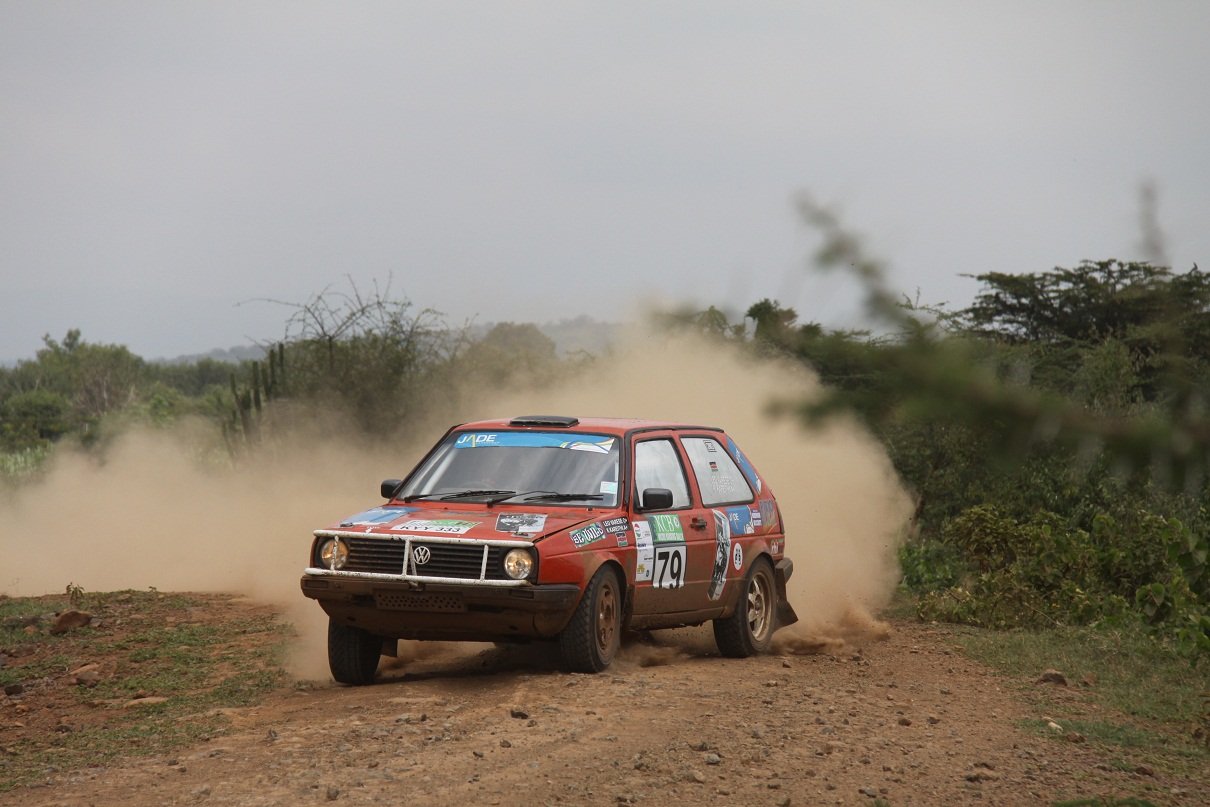 Leo Varese during a past rally

The stage is set for this Sunday’s Sikh Union Training Rally which will revolve around a designated 15km special track at the Stoni Athi Resort area.

The event will serve as a precursor to the season-closing KNRC9 SUC Guru Nanak Rally 2022 which is headed for Voi later in the month.

According to organizers, the event seeks to bring together like minded thrill seekers in a controlled and safe environment that challenges participants to compete in specially designed cars against each other -and more importantly- against the clock!

The concept, according to organizer Gurvir Bhabra, is “to create an affordable stepping stone into the world of motor rallying”.

Gurvir explained that this weekend’s event will consist of a single stage that will be repeated 4 times.

No recce and no service permitted

Unlike other rally-sport events, the Training Rally format will not feature reconnaissance (recce) whilst no service will be permitted to keep the costs to a bare minimum.

“The essence is to make it affordable for the enthusiastic greenhorns. Pace-notes by a recognised Driver/Co- driver will be made available during the signing on session; digital with a YouTube link of the stage dash cam video”

“In turn, it also provides an opportunity to mentor and train upcoming volunteers and organizers. Spectators  will access the venue free of charge,” said Gurvir.

Asked about the dynamics of training rallies, Gurvir emphasized: “Every rally driver and co-driver started at some point with the intention of driving a car competitive against other competitors, while trying hard not to break it or post a dismally slow time!”

He went on: “Understanding the basics of rallying requires attention to detail, bucket loads of common sense and dedication to the cause, hence the concept of training rallies.”

Mandatory safety requirements have to be met

Gurvir, who is also the WRC Safari Rally Kenya Clerk of the Course, added that competitors for the forthcoming Training Rally will have to meet certain mandatory safety requirements and obligations.

These will call for both members of the crew to  be holders of valid Driver’s Licenses, Competition Licenses as issued by KMSF, minimum safety clothing regulation and indeed a ‘rally’ car which must meet the minimum safety requirements as regulated.

“Further guidance on these 4-pointers or indeed any further information can be requested from KMSF and/or the Organiser well in advance of a Training Rally,” quipped Gurvir.

Just this week, the Kenya Motorsports Federation (KMSF) formed a taskforce to look into ways of attracting more drivers to the sport after witnessing some dwindling entrances over the last few events.

The Commission, to be chaired by driver Carl Tundo, will look into reviewing the current structure of the KNRC and come up with recommendations on how the current challenges in reduced entries can be addressed.

They will also review the current regulations and place recommendations on how the costs of participating in a rally can be reduced.