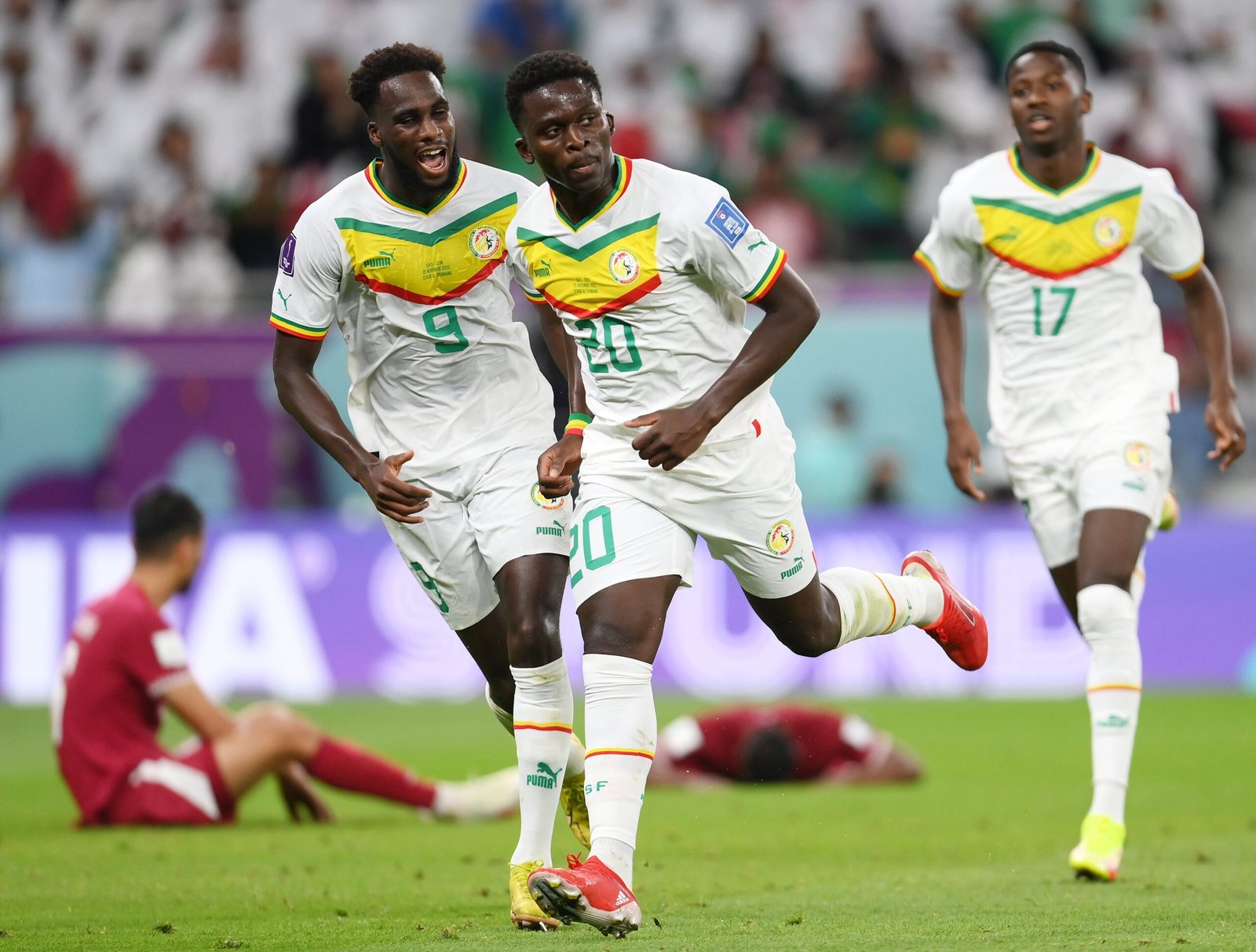 Senegal revived their hopes of making it into the last 16 at the 2022 FIFA World Cup when they thrashed hosts Qatar 3-1 on Friday evening in Doha. The result eventually knocks the host country out of contention for a place in the last 16 and becomes the first country since South Africa in 2010 to be eliminated in the group phase.

The African champions bounced back from their opening defeat to Netherlands to beat the hosts, eventually putting their dreams of making the round of 16 to bed.

Senegal now need a draw in their last match against Ecuador, hoping the South Americans will suffer defeat to Netherlands. Qatar’s hopes are all but over and they face Netherlands in their final match of the group phase.

Against Qatar, Bamba Dieng stepped off the bench to score the third goal to put their nerves to calmness after Qatar had halved the deficit through Mohamed Muntari in the 78th minute.

Boulaye Dia and Famara Diedhieou had given Senegal a 2-0 lead with goals either side of halftime.

Senegal were off to a faster start as they knew the cruciality of a win in this tie. Abdou Diallo had a chance when the Qatari keeper missed an attempt to collect the ball from a corner, but the Senegalese centre back’s header went wide. 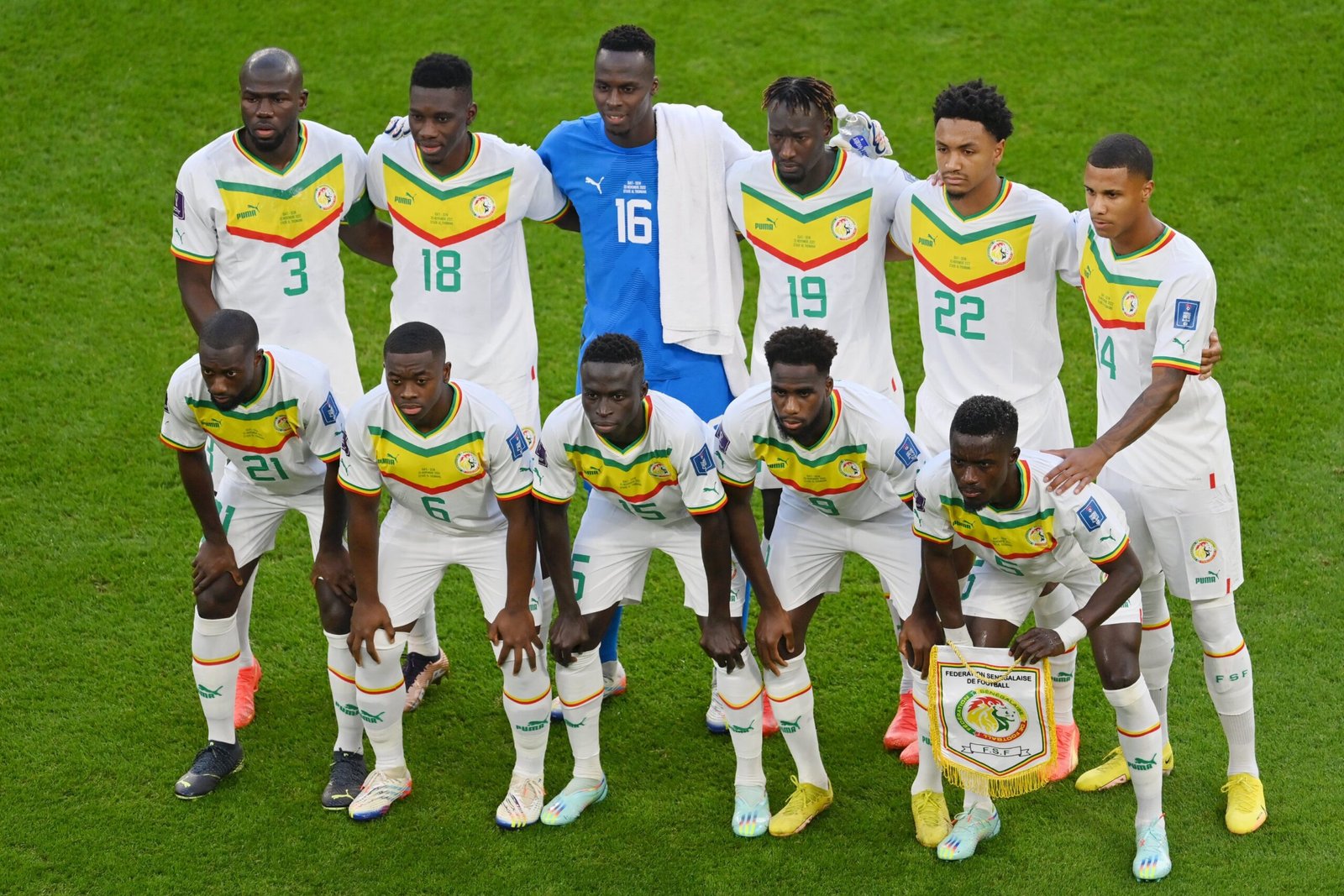 Senegal players line up before the match. PHOTO/FIFA

Gana Gueye was next on the line of chances with a rasping low shot from the edge of the box that went just wide while minutes later, Youssouf Sabaly’s effort on the volley after the keeper had punched a cross to his path went wide.

Senegal finally got their goal five minutes to the break when Dia fired from inside the box after Qatar defender Boualem Khoukhi scuffed a clearance inside the area, the ball falling kindly to the Senegalese centre forward to fire home.

Three minutes after the restart, the Lions of Teranga were 2-0 up when Diedhou headed home from inside the six yard box off an Ismail Jakobs delivery from a corner.

With a 2-0 defficit, jitters were all over the Qataris and the crowd began to get behind them. They responded by improving their attack. Abdelkarim Hassan had a shot from distance fly just wide. 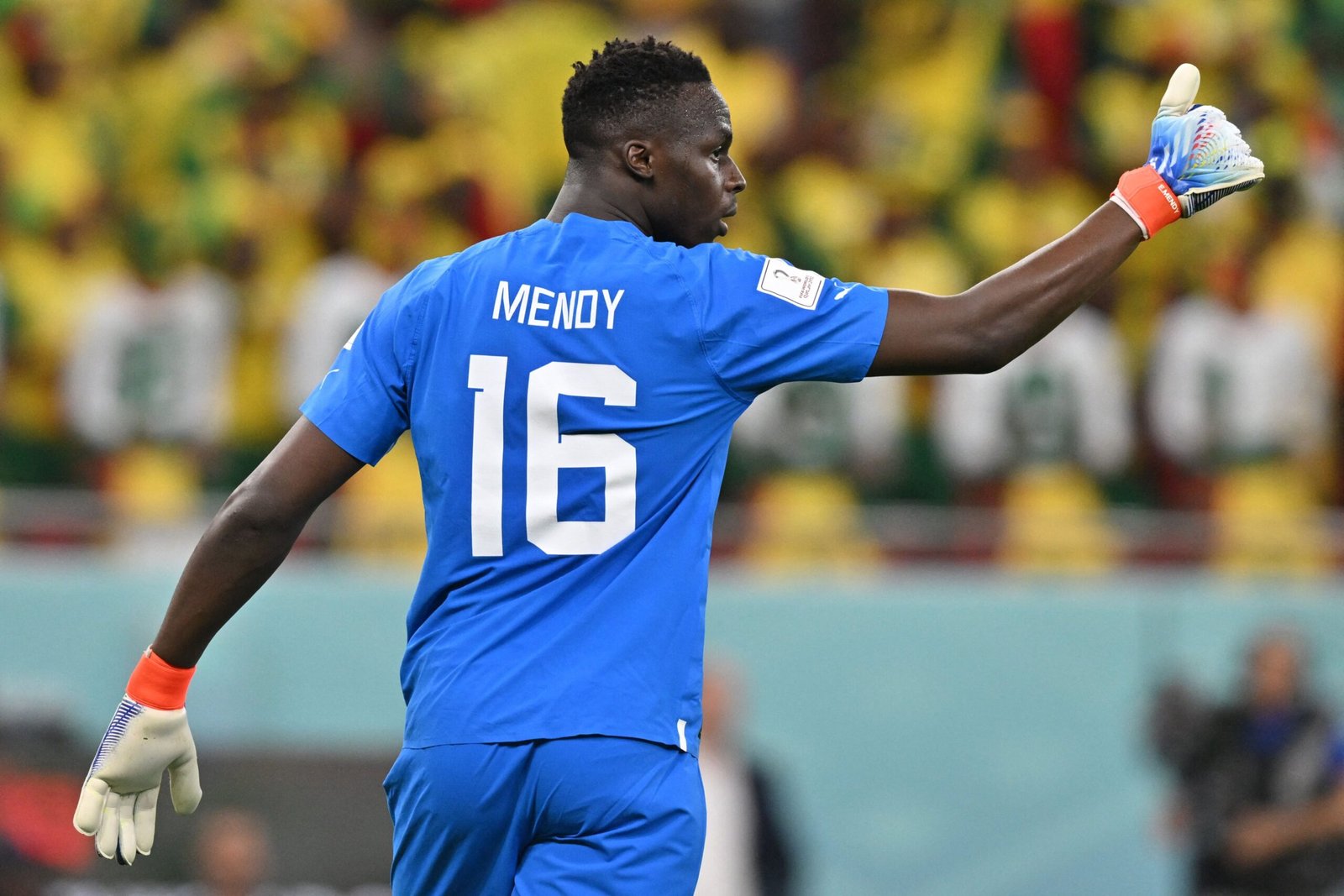 Edouard Mendy had a good game in goal for Senegal. PHOTO/FIFA

Edouard Mendy then made two brilliant saves to keep Senegal in the game.

The shot stopper who came under fire in the first match against Netherlands made a glorious point blank block to deny Almoez Ali’s quick shot on the turn inside the box, before reacting superbly to pluck away a kneed connection from a cross by Ismail Mohamed.

The keeper was finally breached in the 78th minute when Muntari rose well between the two centrebacks inside the box to head home from an Ismail cross. The Qataris were pumped up with the goal and the sudden flurry of chances.

The excitement made them sweep bodies upfront, but in search of an equalizer they suffered the risk of conceding a third goal when Dieng swept the ball home off a cross on the left from a counter.

The third goal was the sucker punch for the host nation and their motivation fizzled off, Senegal securing the three points.

FIFA World Cup 2022: The Headlines So Far
Injured but Hopeful