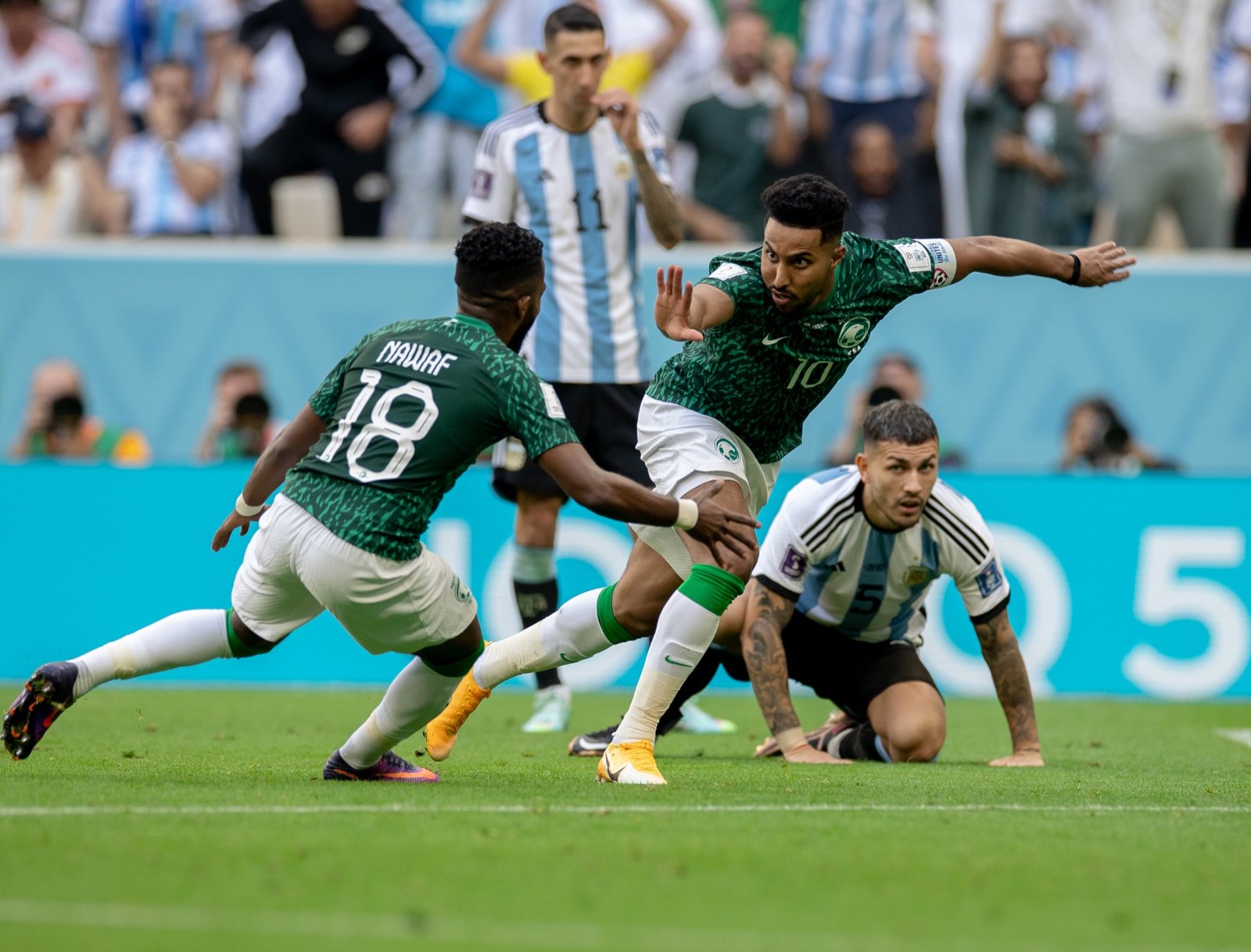 Against their wildest dreams, Saudi Arabia had an unforgettable start to the 2022 FIFA World Cup after stunning favorites Argentina 2-1 at the Lusail City Stadium in Doha on Tuesday afternoon.

Second half goals from Saleh Alshehri and Salem Aldawsari, all scored within five minutes, cancelled out Lionel Messis’ early penalty as Herve Renard’s charges earned victory after a tactically disciplined display and a show of defensive grit especially in the last quarter of an hour.

The Argentines had three goals disallowed in the first half for offside and the Saudis rode their luck in the second half to clinch a massive victory and dent Argentina’s run of 36 unbeaten matches.

Tipped as one of the favourites to lift the title, the Argentines were off to a good start and just two minutes in, Messi had the first sniff at goal when he took a snap shot inside the box but the keeper saved.

He got his goal finally in the eighth minute when VAR awarded a penalty for shirt tagging inside the box. Messi sent the keeper the wrong way to establish the lead.

Argentina then had three goals disallowed for offside. In the 28th minute, Lautaro Martinez raced to a through ball and chipped over the keeper, but VAR disallowed it after replays showed his shoulder was ahead of his marker as he went for the ball.

Messi also went through on goal and sent the ball into the net only to be flagged down for offside.

Another goal ruled out for offside

In the 34th minute, Argentina thought they had doubled their lead when Messi sent Martinez through on goal for the Inter Milan man to score, but once again, the goal was ruled out for offside.

In the second half, the missed chances haunted them. Just two minutes after the restart, Alshehri levelled matters for the Saudis when he ran on the blind side of Christian Romero before shooting the ball low into the bottom left corner.

Five minutes later they were 2-1 up in sensational fashion. Aldawsari picked up the ball on the left after Argentina struggled to clear the ball inside the area, took two touches to free some space for himself before curling a beauty past Emi Martinez in goal.

With the swift change in fortunes, Argentina made changes, with the coach bringing off Romero, Paredes and Gomez, introducing Lisandro Martinez, Enzo Fernandes and Julian Alvarez to salvage the situation.

Good save from the Saudi keeper

They almost levelled in the 63rd minute but the Saudi keeper made a brilliant close range save to deny Nico Tagiaflico who had defelected a shot inside the box.

Argentina piled the pressure but the Saudis defended with grit, maintaining their defensive discipline and tactical shape. Messi almost scored with six minutes left but his freekick sailed over the bar before his header was saved by the keeper off an Angel di Maria cross.

Even with eight minutes of added time and five more due to a head injury, Argentina failed to get back into the game, with Saudi Arabia holding on for a massive victory.