Questions for the Knicks 22-23 Season 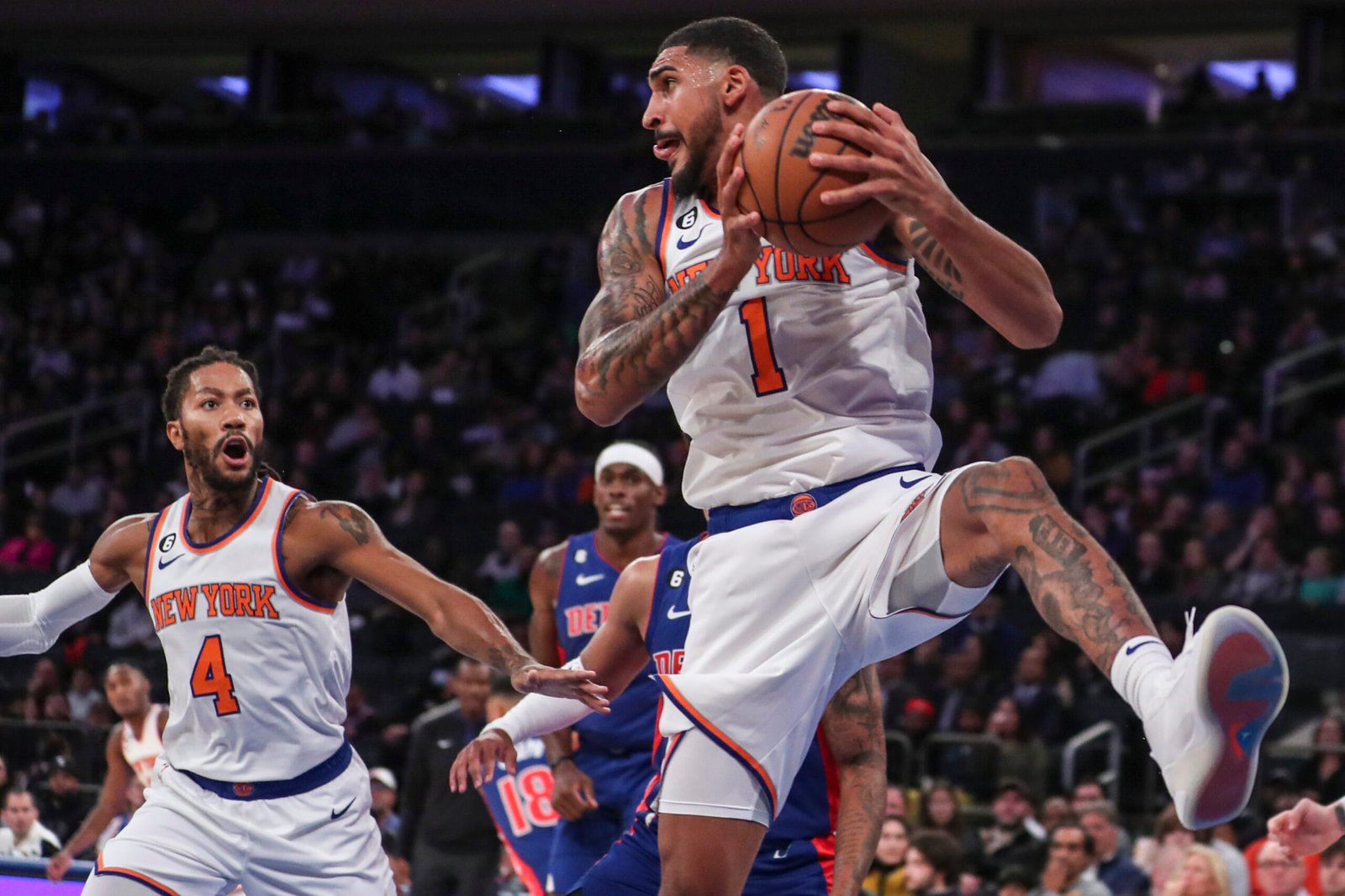 We are three game weeks into the season and with some interesting results already being put on the board. Is it too early for us to be looking too deep into results with three games played for most teams? There is still a long way to go on this long road that is the 22-23 NBA season, with many twists and turns left for us to experience, some bad, some good. Plenty of excitement remains before we get to the nitty gritty antics of pushing for playoff places and the playoffs themselves.

Today, we’re going to specifically be taking a look at the New York Knicks season. We’ll be asking a few questions, starting with whether they’re going to be a team that has what it takes to get into the playoffs. In the last 20 seasons, they have only made the playoffs 5 times and only ONCE have they made it deeper than the opening round, for a franchise that was founded in the 60s with a couple of championships under their belt, the fans really would be wanting more. 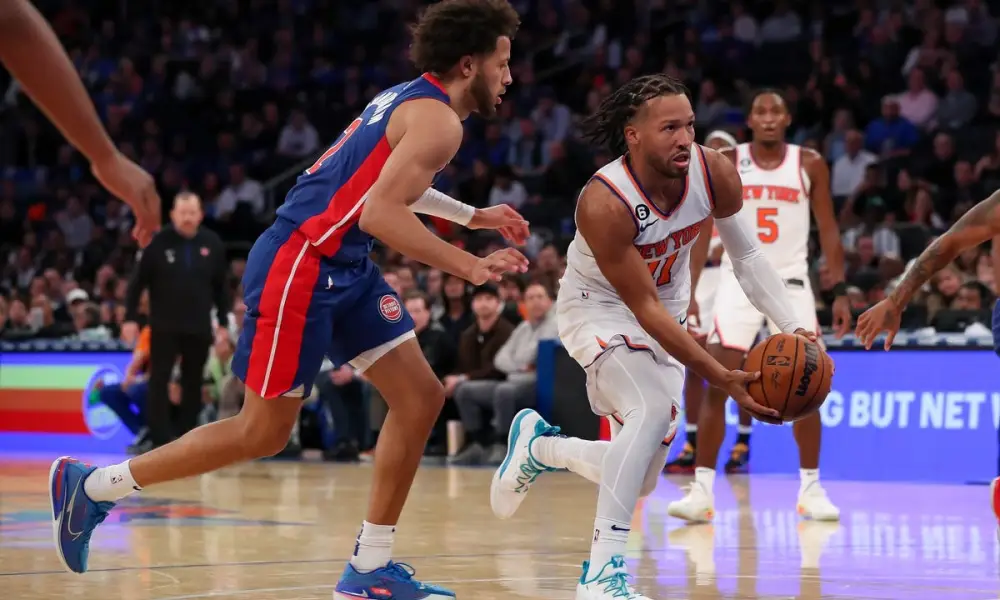 The Knicks got a solid 115-102 win at the Garden against Orlando Magic. Source: USA Today

Now, the main question we should be asking is, do the Knicks have what it takes to get into the playoffs this season? Based on what we have seen so far and the way they performed in preseason. So, starting off with preseason, the Knicks played 4 games against the Pistons, the Pacers twice and the Wizards. They started the season with a nice 3-1 record putting up a LOT of points in some of these games, like a 131-114 win in one of the games against the pacers.

As for the regular season, they’ve played 3 games so far. They started the season away in Memphis against the Grizzlies where they had a tight overtime loss 115-112, however, they have since played the Detroit Pistons and the Orlando Magic where they have put up back-to-back wins, 130-106 vs the Pistons and 115-102 vs the Magic. So, offensively it’s looking pretty good for the Knicks, 357 points in 3 games is nothing to turn your nose up at, and realistically, if they can keep scoring at this kind of pace it’s likely they’re going to win far more than they lose so sure, there’s no reason they CAN’T be a playoff team.

Julius Randle is having himself a time, he put up 25 points with 12 rebounds against the Magic, and while the Knicks might not be the best team defensively right now, Randle believes this is only the start.

“I think the fun part is, our defense is getting better. Still, a lot better we can get to. But once we get stops, it’s fun getting in the open court, running the floor, playing fast and everybody touches the ball,” Randle said.

So the next question would be, what do the Knicks need to do if they want to be that team, they want to be the ones nobody expected would make a solid playoff run. Well firstly, the spirits seem high, if they can keep the spirits high and ride the wave of confidence, there really is no reason why they can’t keep this run going. As Randle said, they know they CAN be better defensively, but given they’re already performing quite well without being the tightest team at the back? Impressive.

Their toughest test was the Grizzlies and that being the opening game of the season, there was bound to be some kinks to work out for the Knicks but they fared well and took the game to overtime. If they can get through their next two games against the free-scoring Hornets and the ever-solid Bucks with two wins, regardless of the manner they get them, they really could use this start as a launchpad into a solid playoff run! They’ve already seemingly improved things given the fact they were the 24th-worst team defensively last season!

So, for the Knicks coming off the back of an OT Loss and 2 wins, how are they looking for the next game? They host the Charlotte Hornets at the Garden before travelling to Milwaukee to take on the Bucks on Saturday. Time to see how the experts are viewing these games! So, for the first game against the Hornets, the Knicks actually find themselves as +125 underdogs, with the Hornets being -145 favourites. A $5 stake on the Knicks will see an $11.25 return, while the same stake in the Hornets will get you $8.45. This will depend on how big an advantage you see the Garden is. 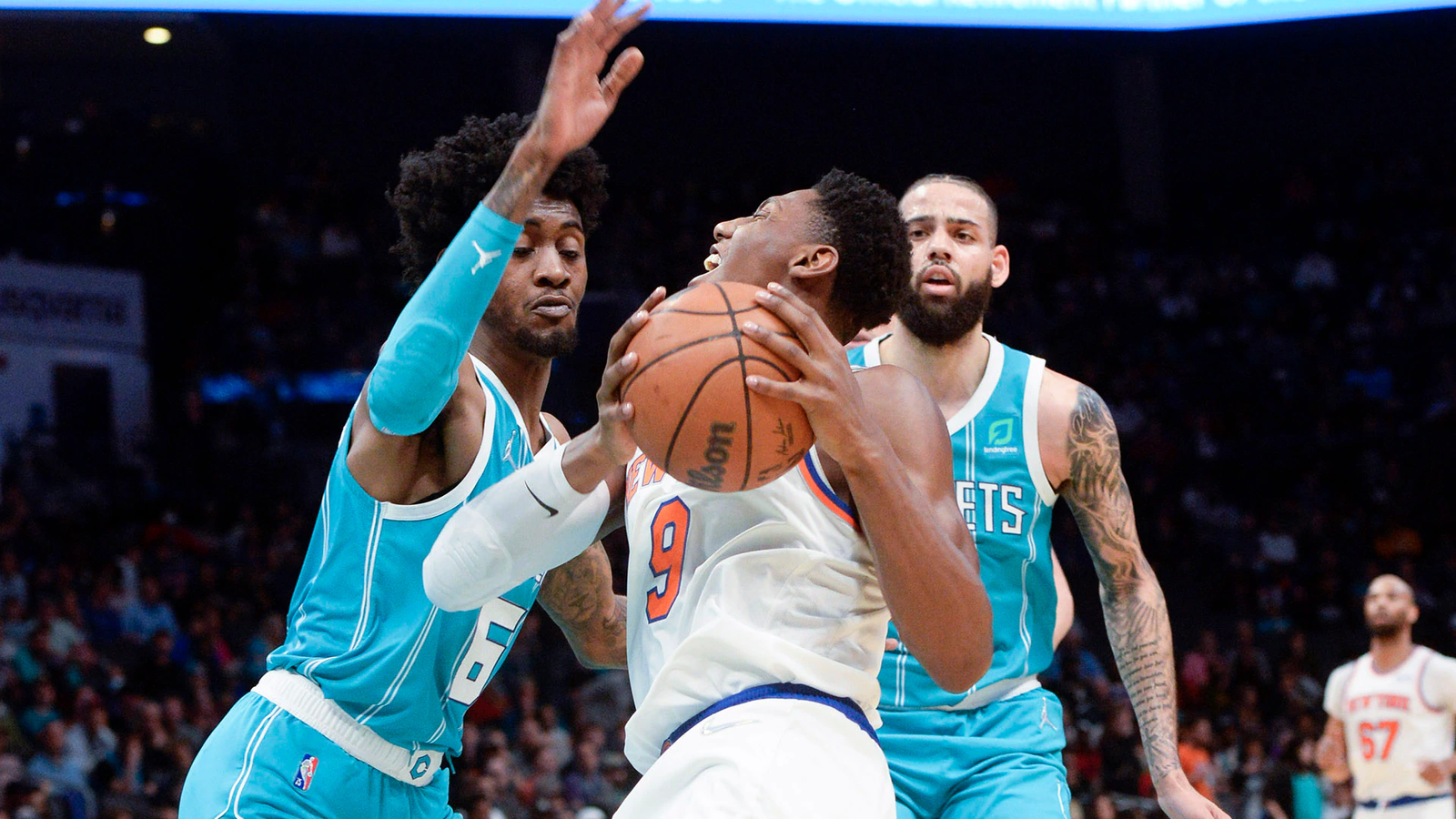 Next checking out odds at Caesars Sportsbook New York shows that for the next game in Milwaukee the Bucks are quite heavy favourites at -330, so your $5 stake from before will see you return $6.52 here, a minuscule $1.52 profit. But for the Knicks, you can get them at +190 which sees a $14.50 return from that same $5. $9.50 profit potentially, but the Knicks are quite unlikely to pick up a win here in my opinion.

But what about looking further ahead? Looking at going all the way for example. The favourites to win it all are currently the Golden State Warriors and the Boston Celtics, who are both sitting at +600, that’s a $35 return from $5. But what about the Knicks, where do they sit amongst all this? They are… NINETEENTH favourite, which sees them sitting at +8000! That’s a $405 return from $5. However unlikely that may be..!

So, Knicks fans, not the most barn-burning start to the season with a win and a loss on the board so far, but do we feel confident that the Knicks will AT LEAST make the playoffs? Surely the goal has to be AT LEAST the conference semifinals, realistically that is the only way you can build and improve, you need to be reaching these games to have any hopes of attracting the names you NEED to win a championship. After their last outing, however, in the 20-21 season, there is a lot of work to be done.

How about for fans of other teams, how confident are you in your teams’ performances so far? Do you think your boys will be making it to the playoffs? Do they have what it takes of going all the way? If not, who do we have going all the way? Of course we already said, but with the Golden State Warriors and the Boston Celtics currently being joint favourites, who do we truly think lifts the trophy at the end of the season? Until next time sports fans, take care!