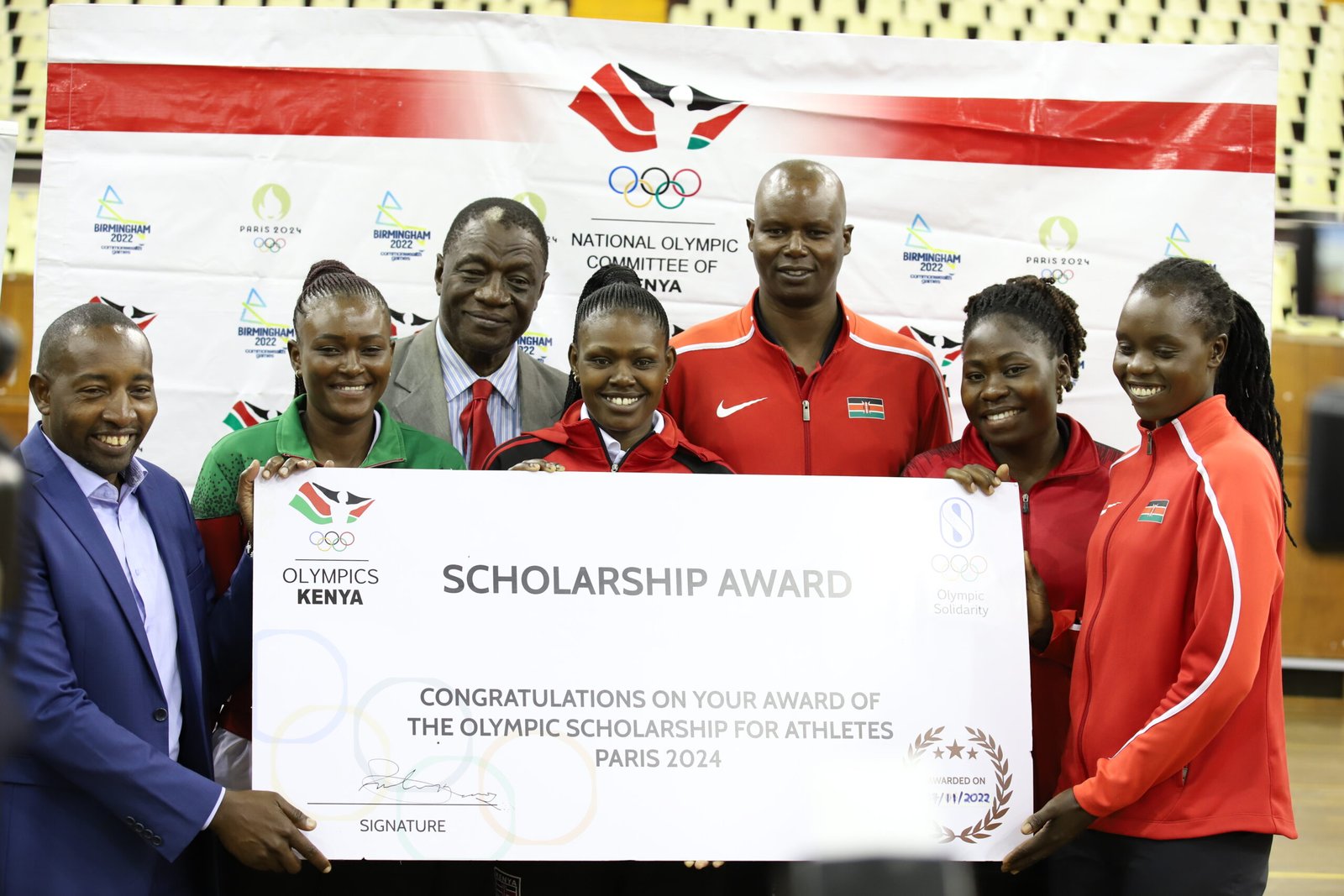 The National Olympic Committee of Kenya (NOCK) has offered a Sh9mn financial scholarship to the national women’s volleyball team Malkia Strikers and the 3×3 basketball team to help them start early preparations for the 2024 Olympic Games in Paris.

The funds, Sh4.5mn for each team, have been forwarded from The Olympic Solidarity grants and will set to cover the teams for the next two years in their programs.

The NOC-K Elite Performance Commission, which oversees the athletes and teams on sponsorship selected the two teams based on recent performance in Birmingham for the Basketball team and Tokyo 2020 and World Championship for Malkia strikers. 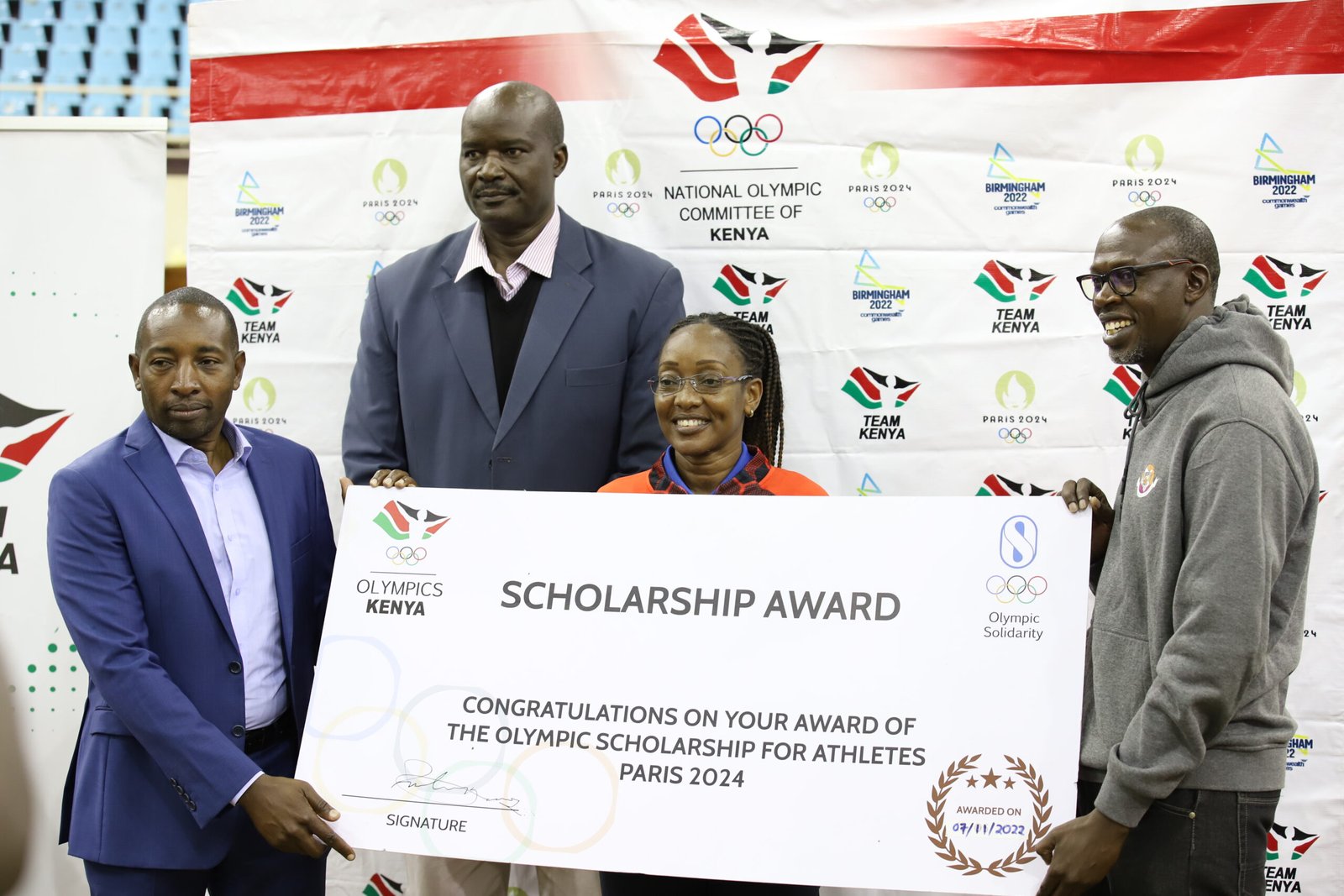 The 3×3 basketball team receiving their sponsorship

“We are delighted to be in the second phase of our preparations, the first phase was handing over scholarships to individual athletes, which we have through the ANOCA and IOC scholarships. We’ve moved to the teams and the two ladies’ teams selected by the Elite Commission will be fortunate enough to qualify for the Olympic Games,” he said.

Mutuku added; “We are very keen on early preparations and we will continue supporting our teams. We are also looking towards having more corporates come on board to help us sponsor more teams so that we can improve our performance.”

His sentiments echoed that of the National Olympic Committee’s President, Paul Tergat, who termed the grant particularly special because the two beneficiaries are Kenya’s women teams.

He added that this will reinforce the gender parity objective that the IOC advocates for with a target to see to it that the Paris 2024 will have a full gender parity on the field of play, having 50 percent of the quota places for women and the other 50 percent for men.

Beyond funding, the teams will receive technical expert support from the Elite performance team. 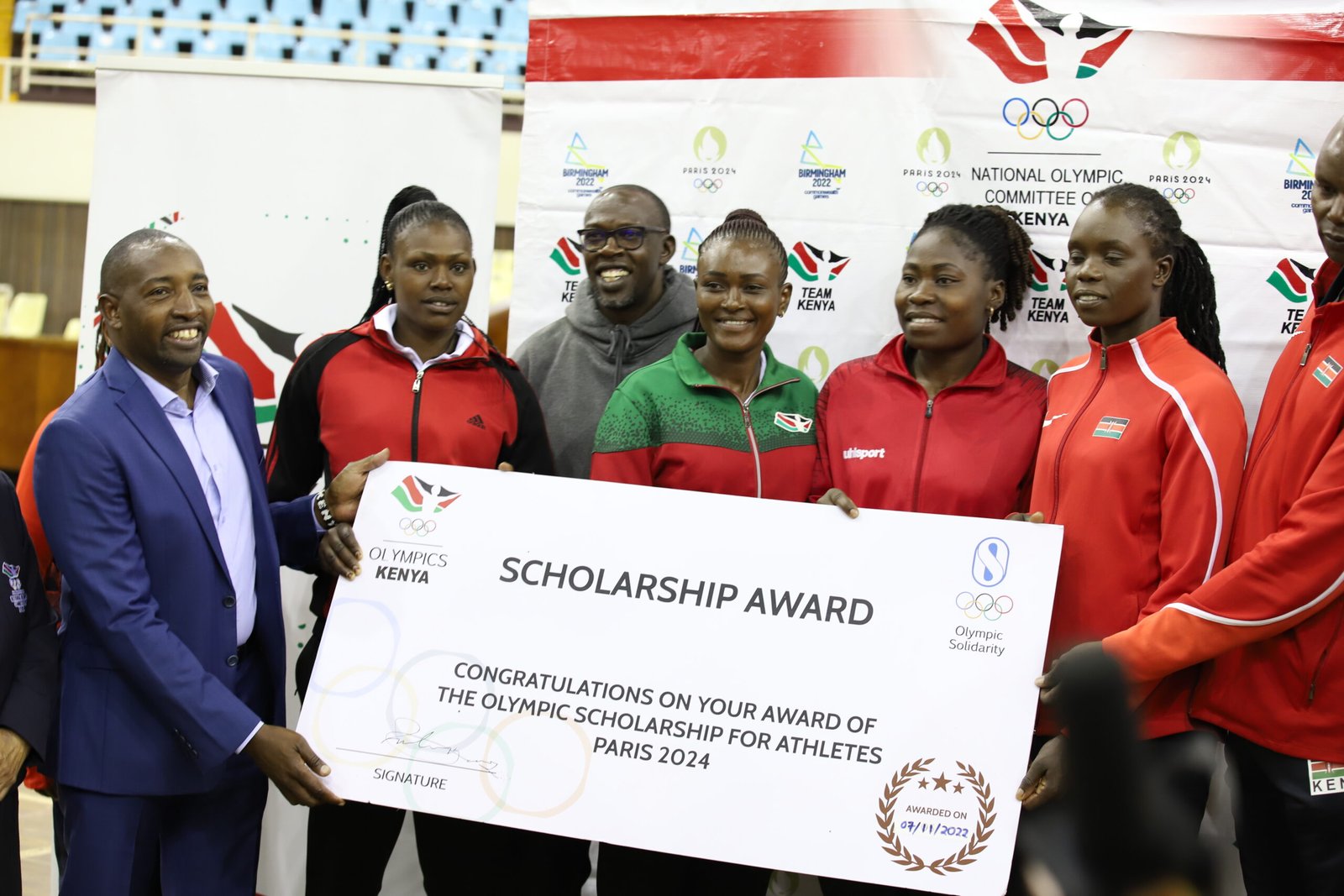 Malkia Strikers Team Captain, Mercy Moim expressed their elation at the prospect of having consistent preparations with the incoming support from OS, given previous challenges experienced due to funding gaps.

“NOC-K has really come through for us, having sponsored us to the world championship and now receiving this news almost immediately, we are excited, and this funding will help us with early preparations,” the skipper said.

Meanwhile, head coach Paul Bitok said the sponsorship comes at the right time and remains confident that with the performances seen at the Olympic Games and the World Championships in September, the team is right in shape to win a game at the next Olympics.

He said that his preparations for Paris 2024 have already started and he looks forward to building up a strong team especially with a young emerging crop of players.

The coach says that next month’s All Africa Games in Ghana will be vital for him as it will be the first step in preparing a team to battle for an African qualification slot.

Meanwhile, the 3×3 basketball team showed promise with qualification to the quarter finals in their first ever attempt at the Commonwealth Games and their next ambition will be to earn an Olympic slot.

How to bet on the NBA with confidence
Is Kyrie Irving’s NBA career taking a final bow?