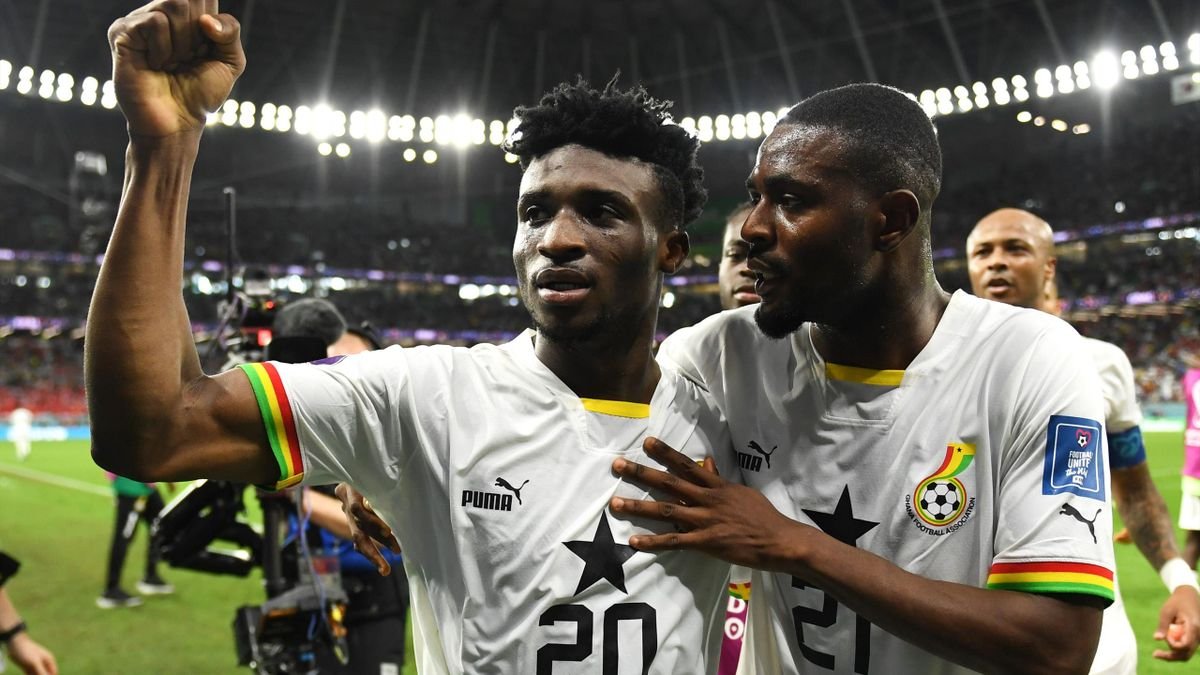 Mohammed Kudus scored a brace as Ghana secured a crucial win against South Korea in a Group H match as they retained their hopes of qualifying for the knockout stage of the Qatar 2022 World Cup.

The game began with South Korea on the offensive, attacking the Ghana box with constant runs into it. As the Asian giants continued to apply pressure, Daniel Amartey made a timely intervention in the fourth minute to prevent danger in the box. They had seven corners by the 16th minute but were unable to cause any significant problems for Lawrence Ati-Zigi.

Ghana was able to absorb all of Korea’s pressure and gradually work its way into the game, starting to dictate things on the field. Their first real chance came in the 22nd minute when a ball was sent to Andre Ayew, but the Korean defence cleared it.

Ghana took the lead two minutes later when Jordan Ayew’s well-taken free-kick caused chaos in the Korean box, and Salisu slotted it home. After that, the Black Stars took complete control of the game, and Kudus doubled their lead in the 34th minute from another Jordan Ayew cross, causing havoc for the Korean defence, and the Ajax star made no mistake in heading it in.

South Korea regained control in the 53rd minute when Ati-Zigi saved Cho’s header brilliantly. However, the Korean striker would not be denied, heading home in the 58th minute after going past Salisu.

Cho got his second of the game three minutes later with another bullet header to make it 2-2, giving the Ghanian goalkeeper no chance. 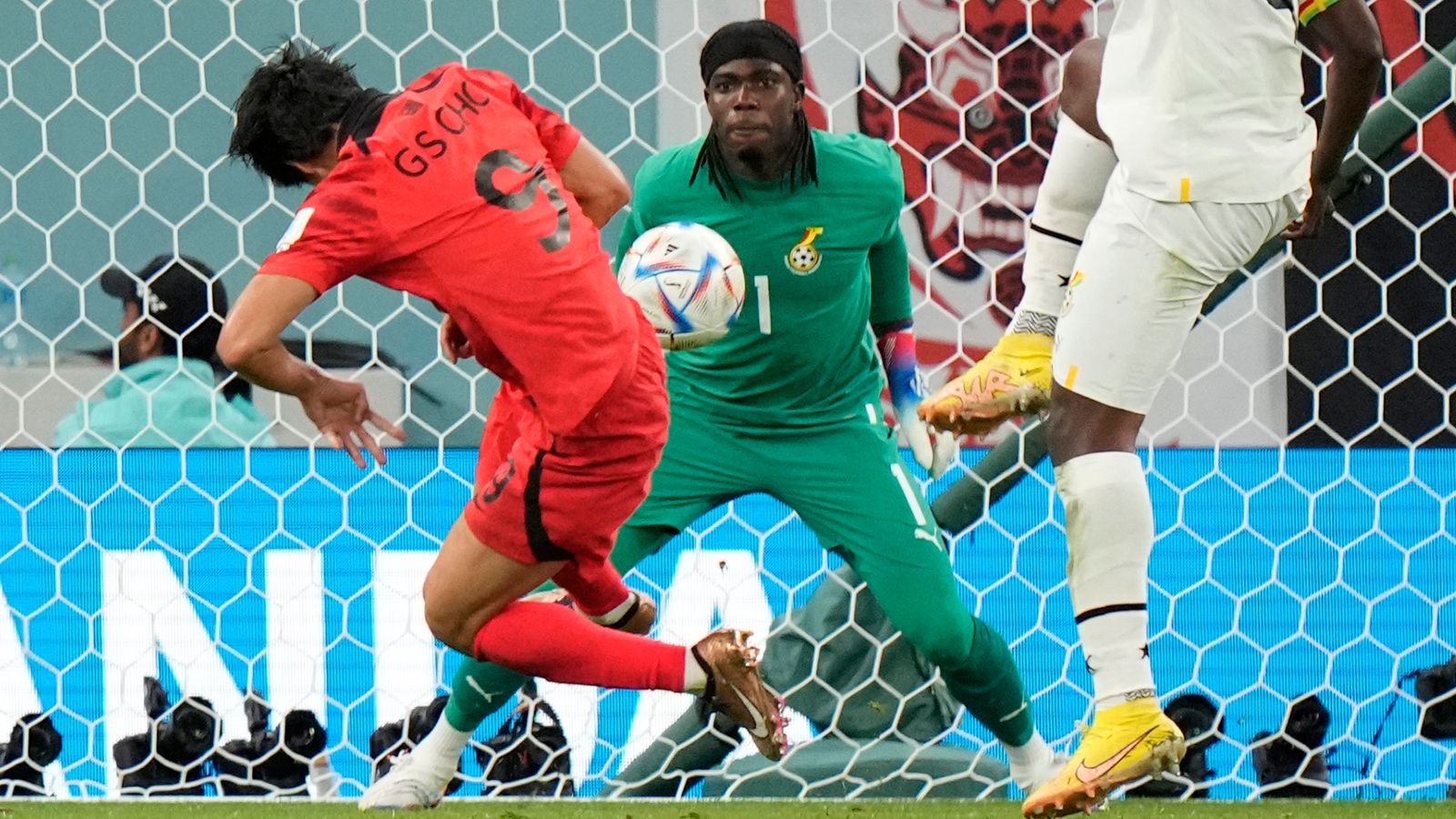 Ghana, who would have been eliminated from the World Cup if they lost, appeared vulnerable but were given a surprise lifeline in the 68th minute by sloppy South Korean defending.

Gideon Mensah was allowed to send in a cross from the left that Inaki Williams missed, but the ball fell for Kufus to tuck home with his left foot, all while the South Korean backline failed to attack the ball.

Korea was looking to regain momentum, and Lee put Ati-Zigi to the test with a brilliant free kick. The Ghanaian goalkeeper came up with the save to keep the lead. Salisu then cleared the ball off the line in the 76th minute to keep the score at 3-2 as the game entered the final quarter.

Kim Jin-su got a glorious opportunity in the 84th minute when the ball snuck past the Ghana defenders and into the box from the right. His shot, however, went well over the crossbar.

10 minutes were added as stoppages, and Ati-Zigi was called upon once more in the third minute of added time to keep the score 3-2. Korea kept pressing, and Cho nearly completed his hat trick three minutes later, but the ball did not find the back of the net. 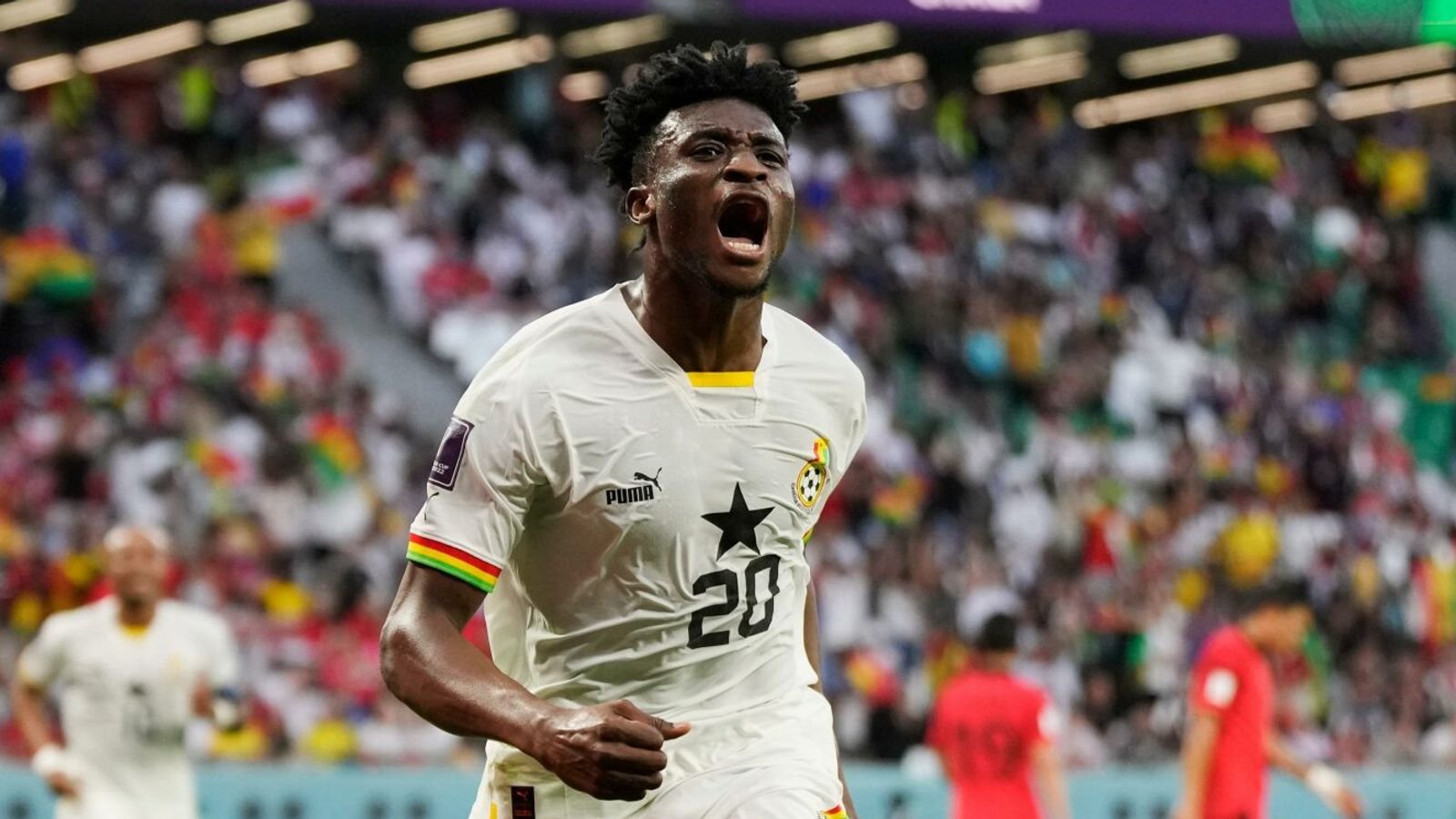 Ghana held on for the win and will now face Uruguay in the hopes of qualifying for the next round. Korea must now defeat Portugal in their final match.