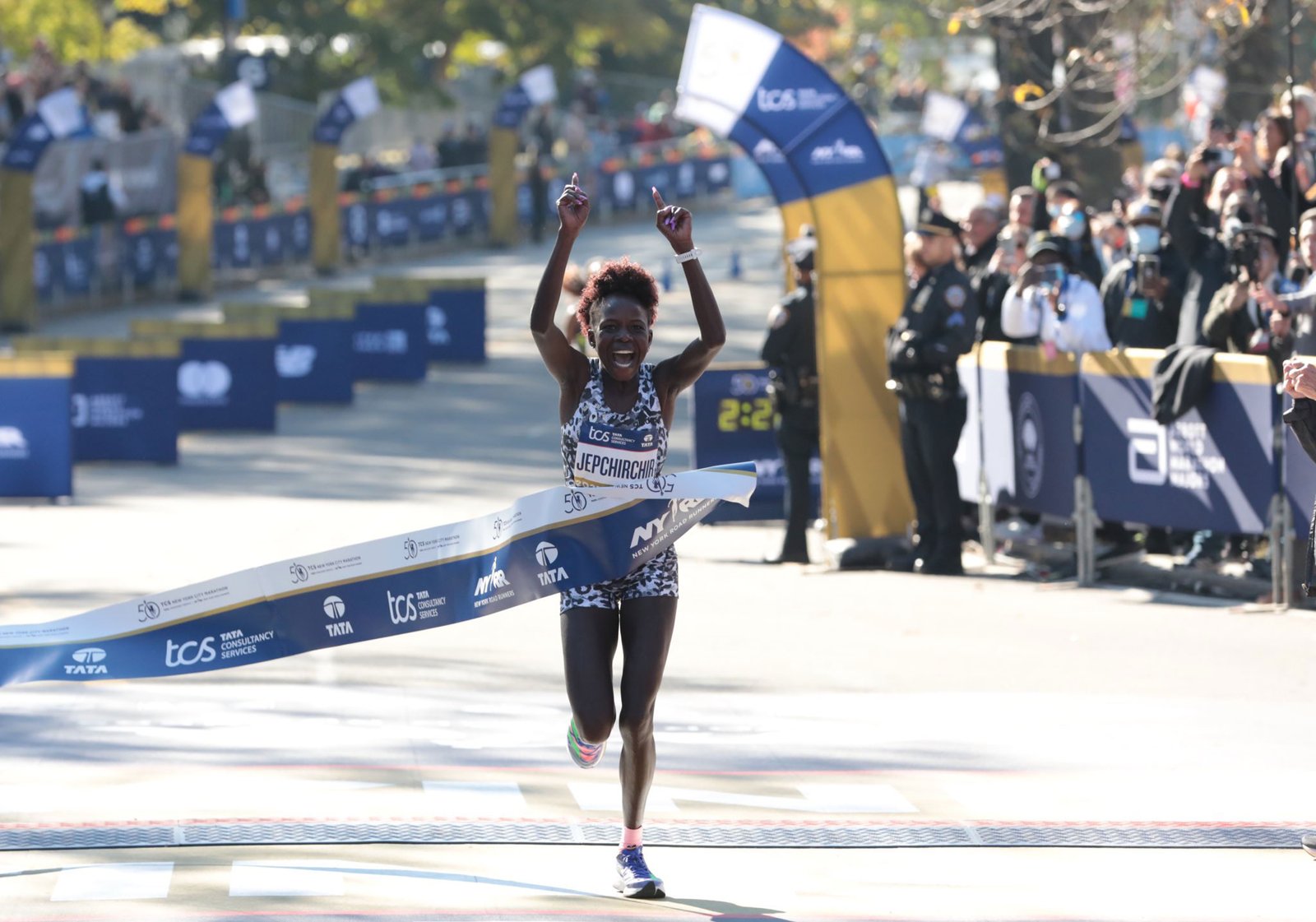 “I was on course with my training but I picked a muscle injury which came with a lot of pain and I couldn’t even seat well. I went to the hospital and I have been on the recovery path. The muscle is still painful that’s why I decided to withdraw from the race because my programme was interrupted,” Jepchirchir said, speaking to Daily Nation.

Jepchirchir had a brilliant campaign last season, winning the Olympic title and then going on to win New York, timing 2:22:39 which was just eight seconds shy of the Course Record.

This year, she started her season well with a win at the Boston Marathon in April where she clocked 2:21:01.

Jepchirchir, 29, is the only person to win the Olympic, Boston and New York City Marathons in a career, doing so in a nine-month span in 2021 and 2022

Jepchirchir’s withdrawal has left former Boston Marathon champion Edna Kiplagat, Viola Jeptoo who was second last year and debutant Hellen Obiri to battle it out for the title.

Organizers have meanwhile added Keira D’Amato, the second-fastest American female marathoner in history, to the field.

At the same time, Kenyan born American Elkanah Kibet has also withdrawn from the men’s race after being recalled to duty with the American Army.

Kiplagat is a veteran USA-based Kenyan and will look towards clinching the crown she previously won in 2010. She also finished second in the 2016 showpiece.

Obiri meanwhile is charged up for a splendid performance on her debut and has been training in the US for the past one week.

“I feel ready for my Marathon debut. I have been training really well and though of course there are some small jitters, I am excited ahead of the race. I have been receiving a lot of advice from other experienced marathoners like Edna and now I feel I am ready,” Obiri said.

She added; “I am not putting myself under any pressure but my target is to run well and complete the race. Whichever position I finish I will be happy,” Obiri said.

Having run four half-marathons since she started her slow but sure transition from track to road, this will be her first ever full marathon.