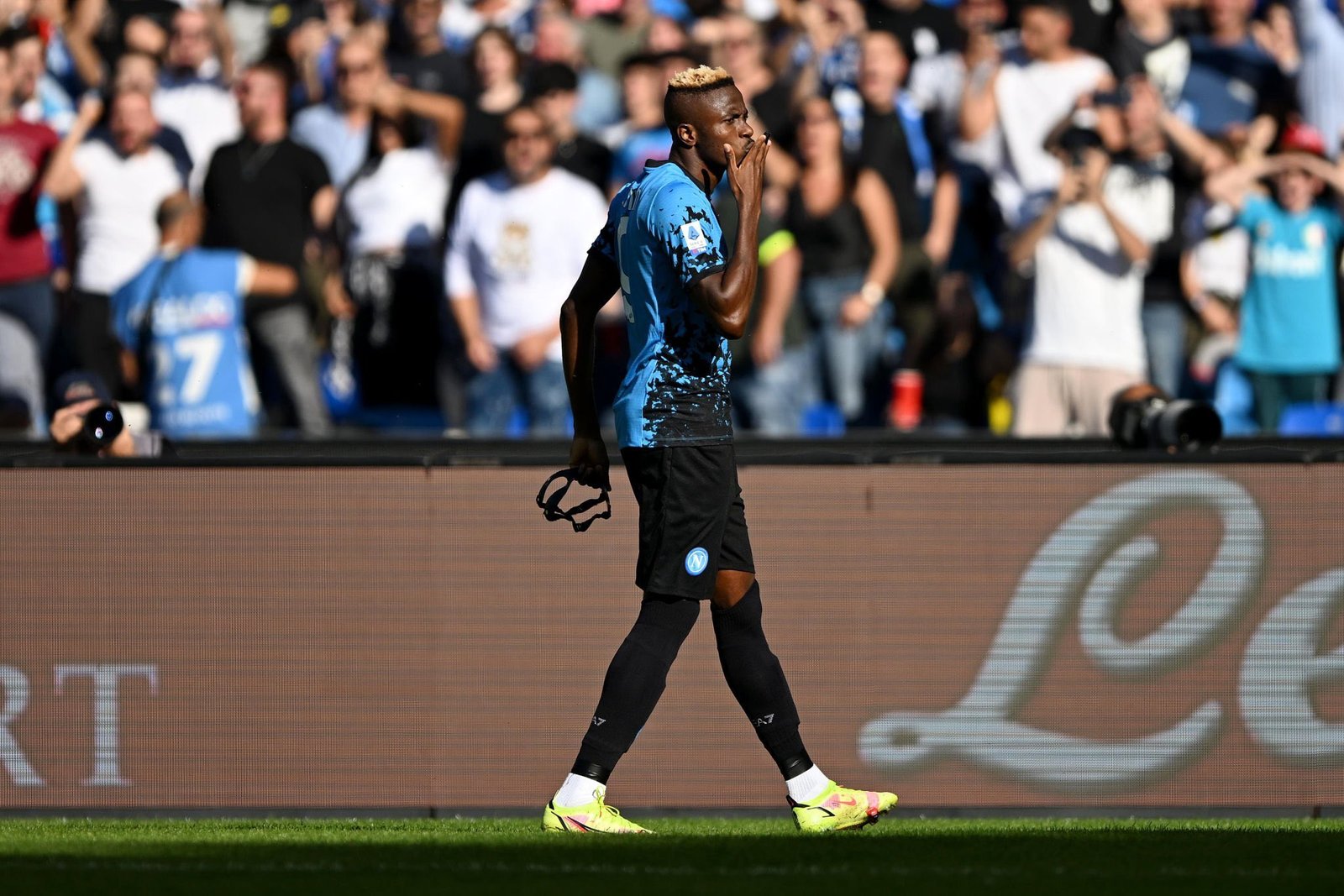 Lanky Nigerian forward Victor Osimhen continued with his imperious form in Italy as he scored a hattrick for Napoli in their 4-0 victory over Sassuolo in Serie A.

Osimhen broke the deadlock for Napoli in the third minute when he controlled a cross unmarked on the left before hitting it low past the keeper on the volley.

He doubled his and Napoli’s tally in the 19th minute when he placed himself well inside the six yard box to be picked out by a cross from the right, tapping it strongly beyond the keeper.

On form Georgian Khvicha Kvaratskhelia then ensured Napoli went to the break 3-0 up with a strike in the 36th minute.

Osimhen then completed his hattrick 13 minutes to time when he picked the ball from outside the box, drove in and chipped the keeper. This was his first hattrick in the Serie A.

Osimhen has been in sizzling hot form for Napoli and has scored 10 goals in eight matches. He has netted eight in seven league matches and two in the Champions League. 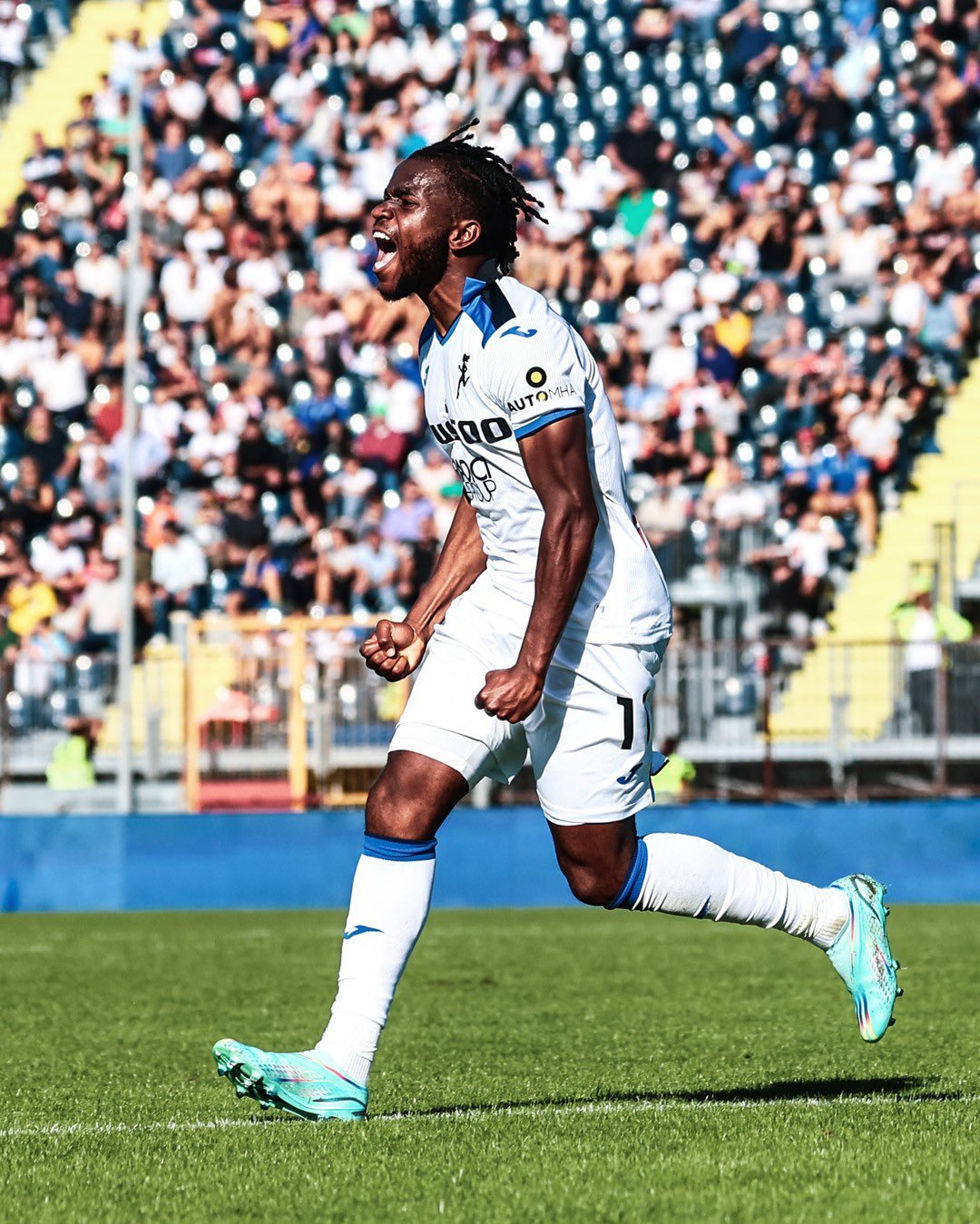 Elsewhere, other African stars were on target in Italy, Nigerian Ademola Lookman scored his fourth goal in five matches as Atalanta beat Empoli 2-0.

Senegalese Boulaye Dia meanwhile was on target as Salernitana stunning Lazio 3-1. He scored in the 76th minute for his fifth goal of the season.

Elsewhere in the English Premier League, Mohamed Salah and Thomas Partey scored for their respective clubs.

Egyptian Salah scored for Liverpool, but that could not prevent his side from suffering a 2-1 loss at the hands of Leeds United.

Salah equalised in the 14th minute when he hooked Andrew Robertson’s cross into the net, but his 10th club goal this season was not enough to save the Reds from a rare defeat at Anfield.

Meanwhile in London, Ghanaian Thomas Partey continued to show why he is important not only to the Black Stars but to Arsenal as well as he scored a stunning goal in their massive 5-0 win over Nottingham Forest.

Arsenal were three goals up when Partey lashed an unstoppable 20-yard curling strike beyond Dean Henderson in the 57th minute.

In Germany, Senegalese striker Sadio Mane, the reigning African player of the year as well as experienced Cameroonian forward Eric Maxim Choupo-Moting were on target for Bayern Munich over the weekend as they thrashed Mainz 6-2.

Choupo-Moting scored one and assisted the other in the victory. His goal was his fifth in consecutive games across all competitions.

Mane with a goal and two assists 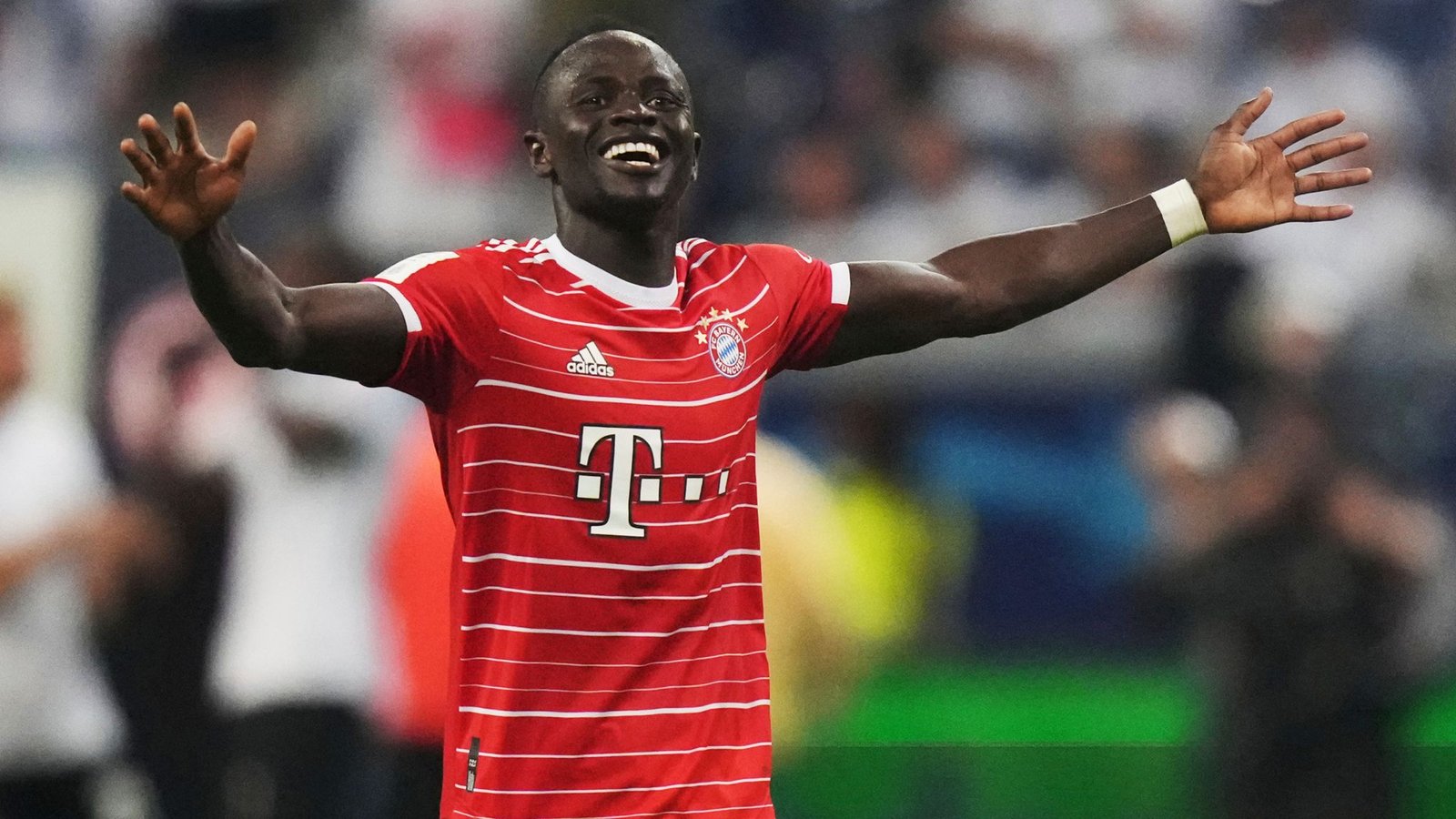 Meanwhile, Mane, who joined Bayern from Liverpool at the start of the season, responded to having started on the bench ion the previous game with a goal, adding on to two assists in a brilliant display. His goal came off the rebound after his initial penalty was saved.

In France meanwhile, South African lebo Mathiba scored a crucial goal for Strasbourg in their early fight to avoid relegation.

Mothiba scored the goal that put Strasbourg on the road to a deserved point in a 2-2 draw against visitors Marseille. Senegalese Bamba Dieng and Burkinabe Issa Kabore had given Marseille the lead at half-time but Strasbourg’s intense pressure paid off as Mothiba chested down a pass and fired home on 75 minutes.

Kevin Gameiro grabbed the point for Strasbourg in added time.

After 15 years, Toni Kroos receives first ever career red card
What next for Kenyan football at crossroads?