Uganda see off Tanzania to qualify for 2022 CHAN 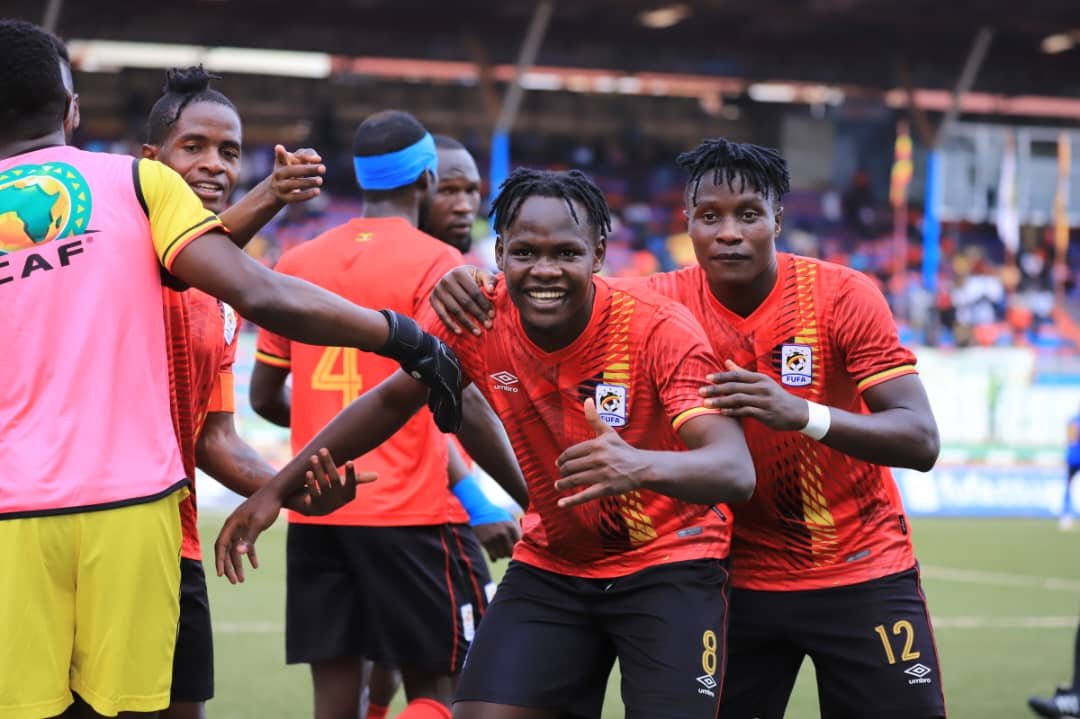 Uganda Cranes players celebrate one of their goals

Uganda, Ethiopia and Sudan have qualified for the 2023 African Nations Championship (CHAN) and will represent the East Africa region, having won their second leg final qualification round matches over the weekend.

Uganda, playing at home at the St. Mary’s Stadium in Kitende thrashed Tanzania 3-0, winning 4-0 on aggregate having earlier won the first leg 1-0 in Dar es Salaam.

Moses Waiswa, Richard Basangwa and Rogers Mato scored a goal each to hand victory to the Cranes and a ticket to next year’s Championship which will be staged in Algeria.

“First of all, I am happy to guide Uganda back to CHAN for the sixth time but for me this is third time as a coach in charge. I take this opportunity to thank the players and the technical team for working together to get the best results and performance from the two games against Tanzania,” said Cranes head coach Milutin Sredojevic.

He added; “The qualification is now done and we have to switch our attention to good preparations. We must continue building this team for good performances.”

Heading to the return fixture against the Taifa Stars who had fired their coach Kim Poulsen after the first leg defeat, coach Micho made just one change to the starting team.

They took just 15 minutes to get into the lead when Waiswa stepped up to score from the penalty spot after Mato was hacked down inside the box.

With a two-goal gap to bridge, Tanzania had their work cut out. They built in their force in attack, forcing Uganda to play on the backfoot, but they couldn’t find a way past goalkeeper Nafian Alionzi.

Uganda take lead to the break 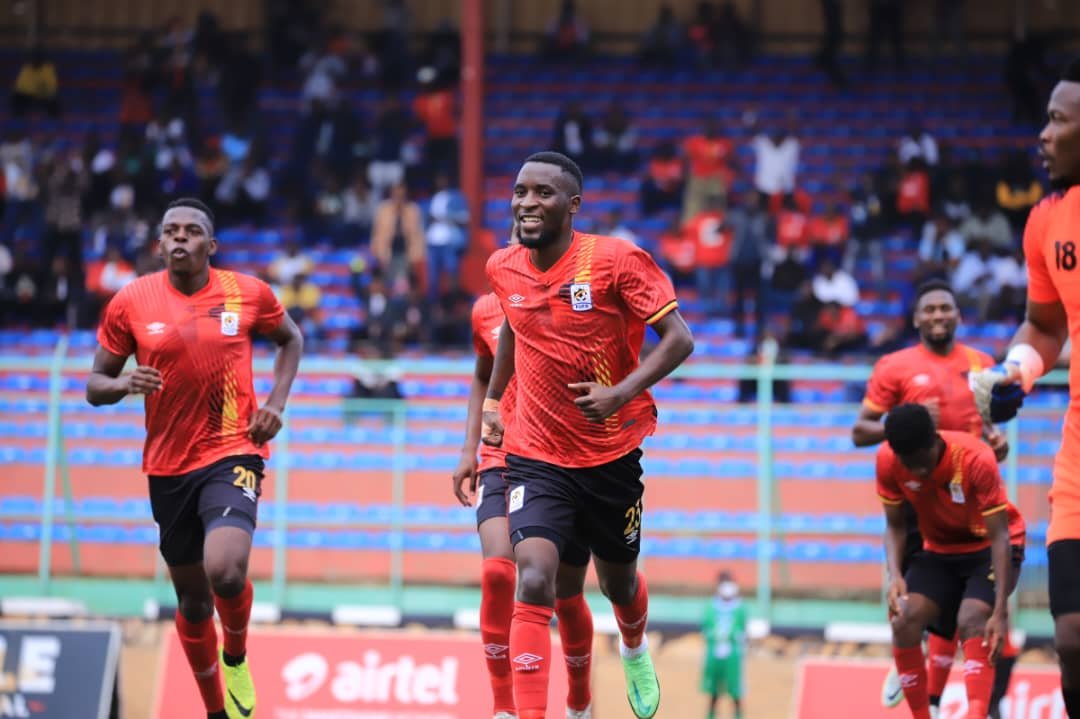 Uganda Cranes players celebrate one of their goals

The home side took a 1-0 lead to the break and with a comfortable 2-0 aggregate lead, they had all the reasons to remain comfortable.

They made changes at the start of the second half, youngster Basangwa coming in for Martin Kizza. It took the forward only nine minutes to make a difference when he rose highest at the backpost to power home a header from Waiswa’s freekick.

Basangwa had been fouled in the build up as Uganda raided the Tanzanian half and he immediately went upfront to make the most of the freekick he had won.

The substitute would then play part in the third goal in the 75th minute which proved to be the final nail on Tanzania’s coffin. He did well to hold off his markers before releasing Milton Karisa, who then cut back the ball for Mato to fire home.

The Tanzanians were deflated as they now needed to score five goals in quarter of an hour. Uganda saw off the remaining minutes with ease to qualify for their sixth CHAN appearance.

Ethiopia edge out Rwanda in Huye 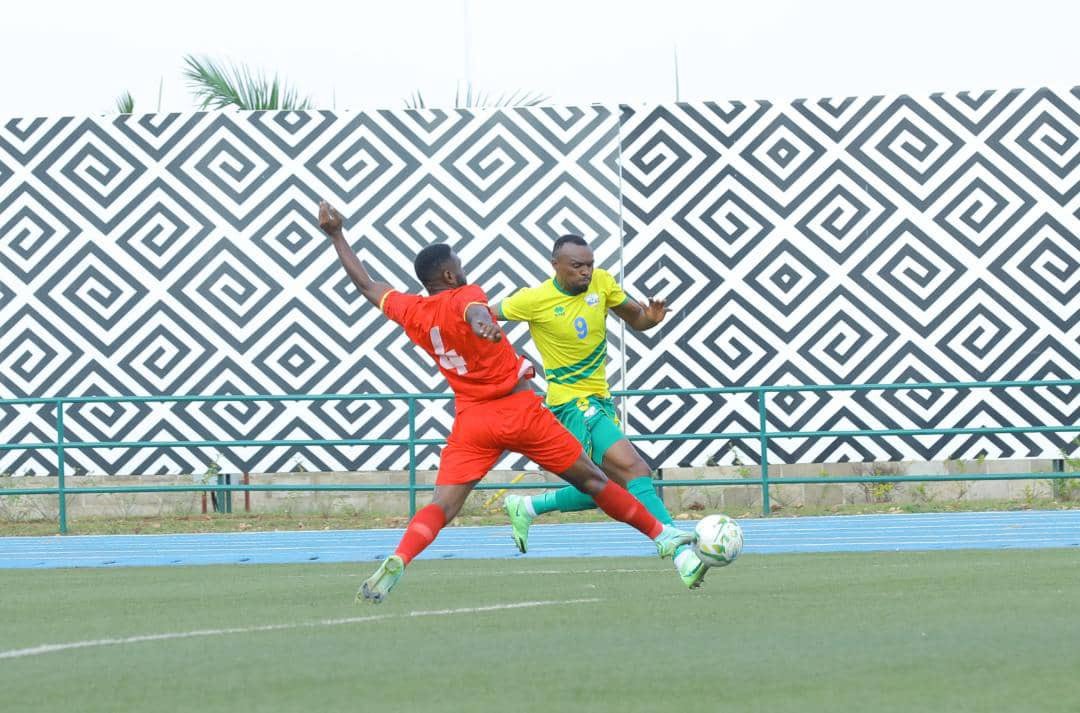 Elsewhere, Ethiopia edged out hosts Rwanda 1-0 in Huye to pick a slim qualification.

Dawa Hotessa scored the lone goal for the Walia Ibex to see them qualify for the tournament while Rwnda, under new coach Alos Ferrer missed out.

Hotessa scored with a well-taken free-kick after 22 minutes of the game after Rwandese defender Ally Serumogo hacked a player at the edge of the box.

After going down, Rwanda upped their hunt for goals as the away goal scored by the Ethiopians meant they needed to score two goals to advance, with the first leg in Dar es Salaam having ended in a 0-0 draw.

But, Ethiopia put up a compact defensive plan and even the second half introduction of Bertrand Iradukunda to partner Jacques Tuyisenge in attack did not provide solutions.

The result came as a revenge for Ethiopia who missed out on the qualification to the CHAN finals twice against the same Rwandan side.

Sudan has also qualified after beating Djibouti 3-2 in the return leg played in Khartoum. The Sudan team won the first leg 4-1 in a match played in Morocco last weekend. 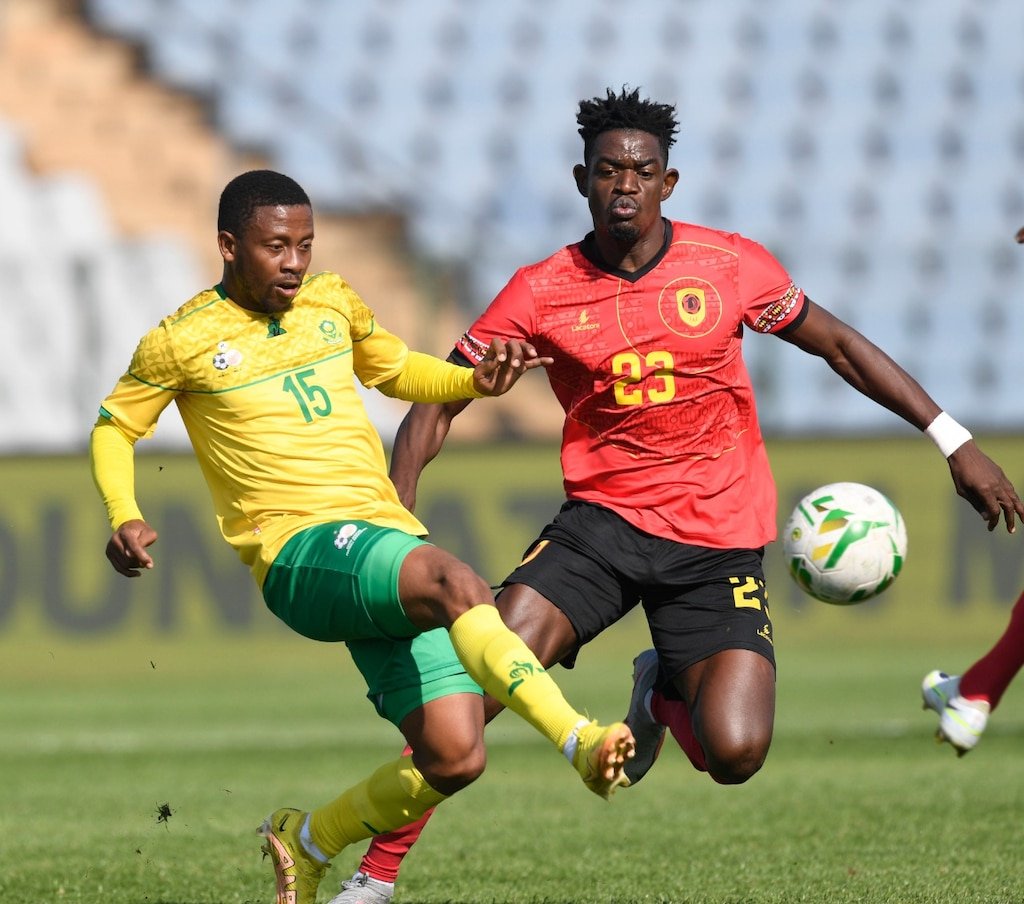 Action between South Africa and Angola

In another match, Angola came from a goal down to thrash South Africa 4-1 at home in Johannesburg to qualify 6-1 on aggregate, having won the first leg 2-0 in Luanda.

Knowing they needed a mammoth performance at home to overturn the 2-0 away deficit, South Africa were fast off the blocks. Their efforts were rewarded when Prince Nxumalo scored an opener in the 5th minute of the match after heading home inside the six yard box from a freekick.

South Africa controlled proceedings but shot themselves in the foot six minutes to the break when <usa Lebusa scored into his own goal as he tried to cut out a cross from the left.

In the second half, Angola turned the knife on South Africa with Deivi Vieria smashing home the second in the 65th minute. The forward controlled the ball inside the box before dummying past one marker and unleashing a thunderous belter with the second touch of the ball.

Joaquim Paciencia then added the third for the Angolans seven minutes later with a brilliant freekkick from distance. Keeper Reyaad Peterse managed to push the ball against the inside of the bar, but it bounced across the line.

They sealed the victory when Daniel Kilola easily tapped home from inside the box after connecting to a Jaredi Teixeira cross from a low freekick.