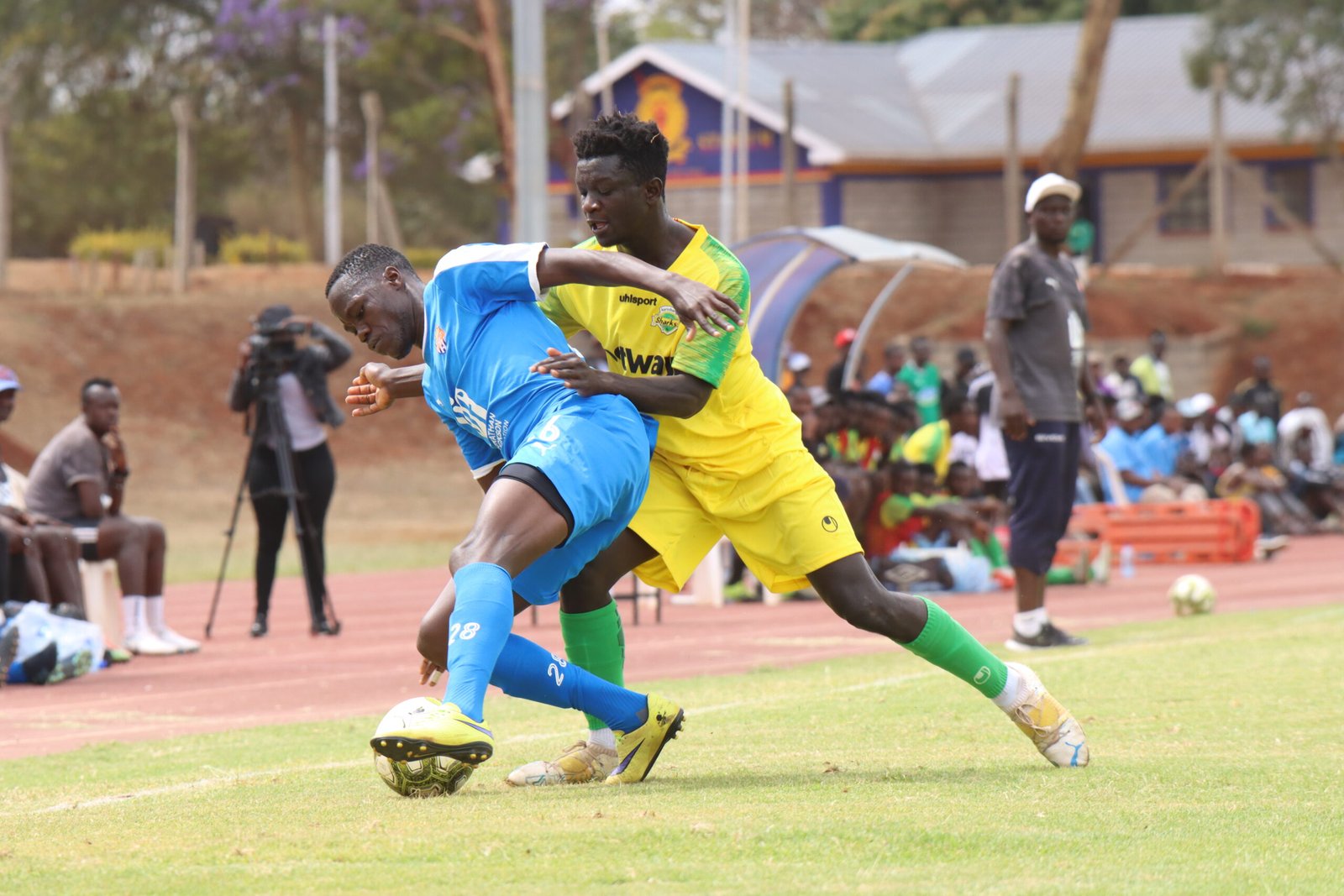 Kariobangi Sharks were left to rue inexperience in penalty taking after they suffered a 3-2 post-match penalties defeat to Nairobi City Stars in the semi-final of the Elite Pre-Season tournament.

City Stars keeper Steve Njung’e was the star of the show, saving three penalties from Sharks as they sailed to the final on Saturday.

Sharks were heartbroken as they had come from 2-0 down to draw 2-2 in regulation time and force the game to penalties.

“These are the tough lessons that these players will learn on the way, but that does not take away the fact that I am proud of them. We showed character to come from 2-0 down and tie the game 2-2. On penalties, it is anybody’s game and whoever is luckier will win,” said Sharks coach William Muluya.

He added; “We now switch focus to good preparation for the league and we have picked a lot of lessons from this tournament. Hopefully we do well this season despite having a very young and new team.”

His opposite number Nicholas Muyoti was happy to progress but disappointed in the manner in which the game had to go to penalties.

“I think we need to control games better and do better when we are in the lead. In the second half we just couldn’t keep possession, we didn’t create enough chances and we are punished. This is what happens in the top tier, you can’t make mistakes because you are punished immediately,” said Muyoti after the game.

Action between City Stars and Sharks

On penalties, Sharks had a poor start with their skipper Kelvin Otiala, who had scored in regulation time from the spot, missing his kick just after Ezekiel Odera had scored for City Stars.

But he breathed relief when Anthony Kimani, the City Stars skipper, sent his penalty crackling under the crossbar and his teammate Paul Odhiambo scoring to even the scores at 1-1.

Mohamed Bejaber scored for City Stars and Geoffrey Odhiambo for Sharks, to remain even at 2-2.

Samuel Kapen who had enjoyed a good performance in the game then saw his penalty saved by Sharks keeper John Otieno, but Sharks couldn’t take advantage as Kelvin Wangaya took a meek shot which was saved by Njung’e.

Kennedy Onyango scored the final for City Stars with a calm kick sending the keeper the wrong way and Njung’e then won it for City Stars, saving off from Fortune Omotto.

City Stars were relieved to have won, as they had a 2-0 lead which they should have guarded better.

City Stars with a solid start 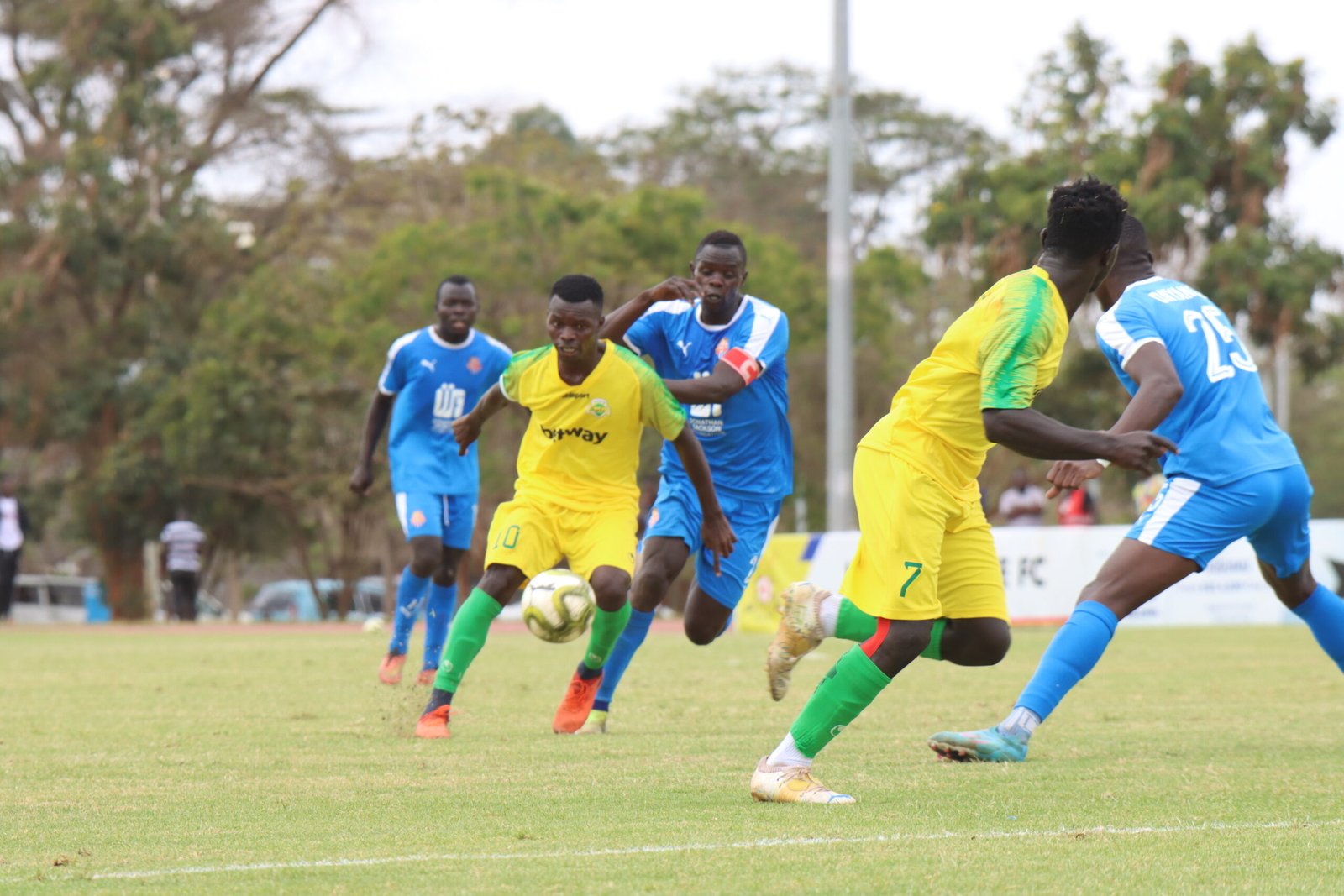 Action between City Stars and Sharks

They had a good grip to the game after a solid start and they had the lead after 18 minutes when Vincent Otieno tapped beautifully well for the opening goal. The lanky forward had made a good run into the box and fed off a well taken low cross from kapen.

The two once again combined for the second goal, a similar move with Kapen crossing in and this time Otieno heading. The ball beat the keeper and bounced off the crossbar, but hit the custodian’s trailing leg and back across the line.

In the second half though, Sharks came to life and it was the introduction of Wangaya, Keith Imbali and Tyson Otieno that bore fruits for them. Otieno began the comeback when he won a penalty that skipper Otiala scored.

Minutes later, he slapped home the equalizer from close range after a sweeping move by the young side. They forced the game to penalties, but their luck couldn’t go beyond.