The most dangerous bouncers in cricket history The best bowlers in cricket history have one thing in common; consistently looking at their capability to step up and gain control against the best players.

The physical discipline of quick bowling is among the most unique movements of a body. The talent, artful skills and intent are significant to a bouncer.

Unfortunately, the energy bouncers use sometimes leads to injuries to batsmen on the receiving end. Some bouncers have broken the noses of batters during cricket matches.

Most batsmen try to duck and miss the ball from ferocious bouncers.

This article will discuss the top five most lethal bouncers in cricket history.

James Anderson is among the players in our list of most brutal bouncers in cricket history. The England international broke Daniel Flynn’s tooth due to his dangerous delivery. 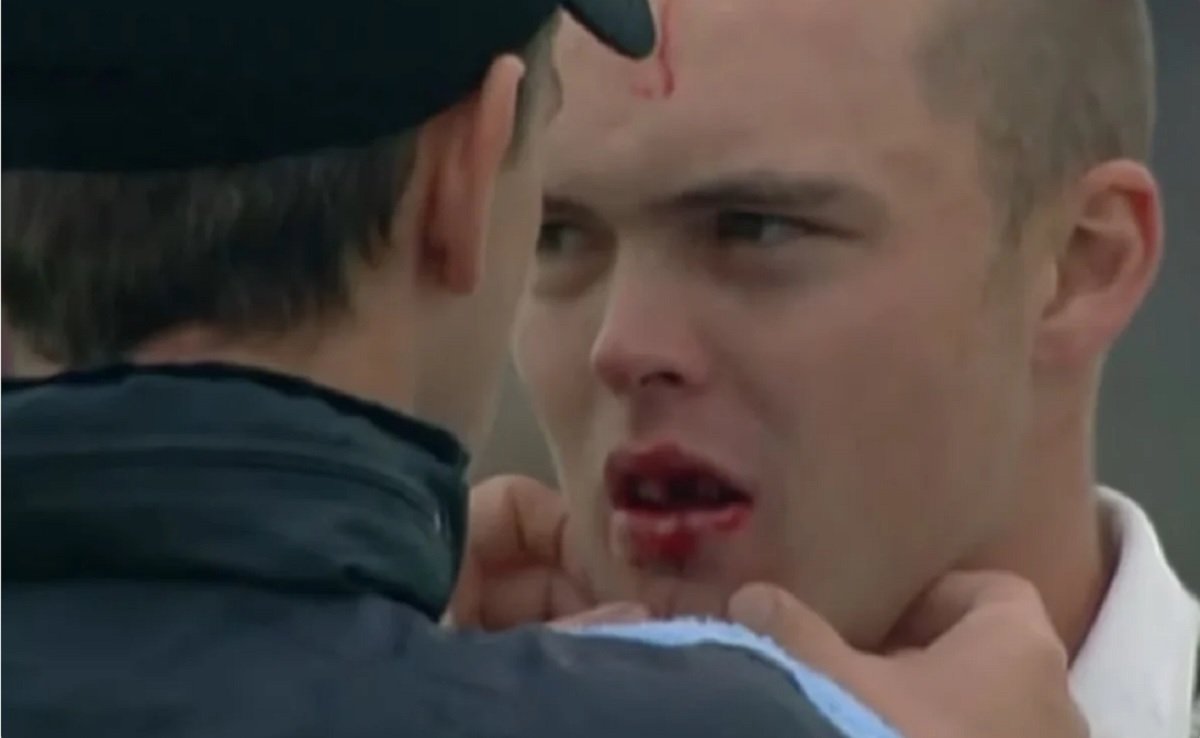 Flynn lost his tooth despite all the protection from the helmet grill. He sat on the ground with a mouth full of blood as other players and physios rushed to check on him.

The incident happened at the NPOWER Test Series in 2008.

The West Indian fast bowlers are known for their powerful delivery, and Malcolm Marshal is an exception. The Barbadian cricketer is one of the most accomplished fast bowlers of the modern era in Test cricket.

Malcolm Marshall’s delivery to Andy Lloyd remains to be one of the most brutal in cricket. Andy was having a good game when things suddenly went south.

Andy misread the length of a ball from Marshall and ducked into it instead of under. The delivery from Marshall led to serious injuries for Andy, who had to spend ten days in the hospital. The injury took away 35 per cent of his right vision and ended his Test career.

Courtney Walsh was in the era when West Indies ruled the world for fast bowling. The Jamaican cricketer is one of the all-time fast bowlers in cricket.

Courtney bruised several batsmen during his prime days in the 1980s and 1990s. At one point, Courtney’s delivery was too brutal that it broke the jaw of Robin Smith.

As he retired from the tournament, Robin Smith had to be rushed to the hospital for treatment.

Shoaib Akhtar, nicknamed Rawalpindi Express, is among the fastest bowlers in cricket history. The former Pakistani cricketer is the first bowler to bowl at 100 miles per hour, something he did twice in his career.

Batsmen such as Gary Kirsten, Brian Lara, Sourav Ganguly and Jacques Kallis faced the wrath of Akhtar’s delivery at least once in their careers. During the 2004 ICC Champions Trophy, Shoaib Akhtar gave a dangerous delivery that nearly killed Brian Lara.

Brian Lara immediately fell to the ground and collapsed after finding himself on the wrong side of a ruthless delivery. He was immediately taken to the hospital, where he regained his consciousness.

Brett Lee tops the list of the most brutal bouncers in cricket history. The Australian former international cricketer gave batsmen a difficult time during his prime days.

His ferocious delivery to Alex Tudor two decades ago still shocks many people. The delivery slammed into Alex’s helmet at a speed of 144.1 km/h fracturing his skull.

Alex Tudor had to leave the pitch immediately so as to receive treatment. The lethal delivery forced an end to Tudor’s WACA tour in 2002.