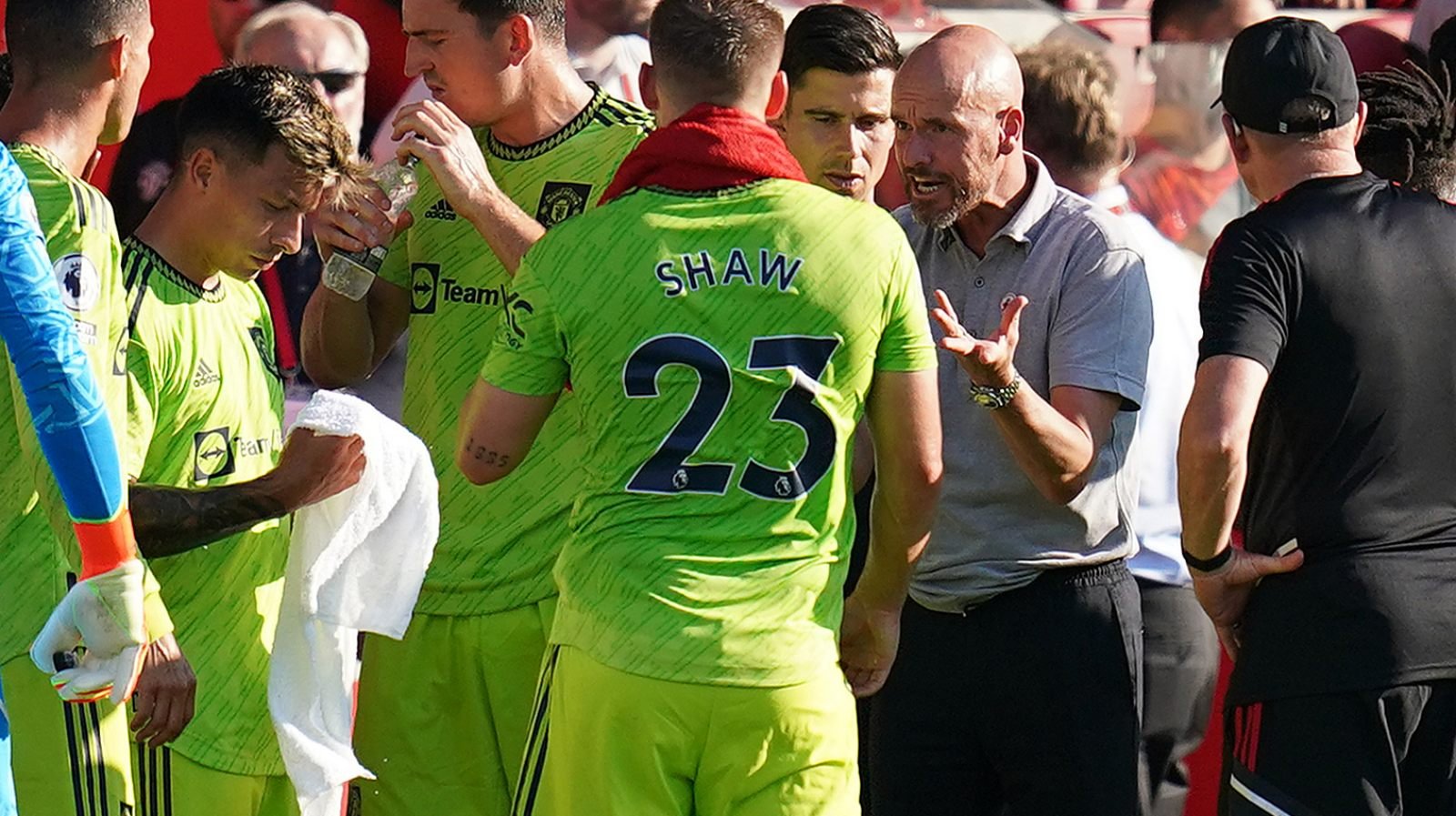 Man Utd is one of the most successful clubs in the world. The club is known to be big spenders in the transfer markets.

The troubles associated with the Man Utd team assembled by different managers and a confounded selection procedure were amply illustrated on Saturday during the team’s 4-0 loss to Brentford.

This begs the question of whether or not this squad is capable of playing the way Ten Hagwants them to.

David De Gea appears to be uneasy with the fact that his manager wants to play the team from the back, and since Dean Henderson has left the team, De Gea requires some rivalry. 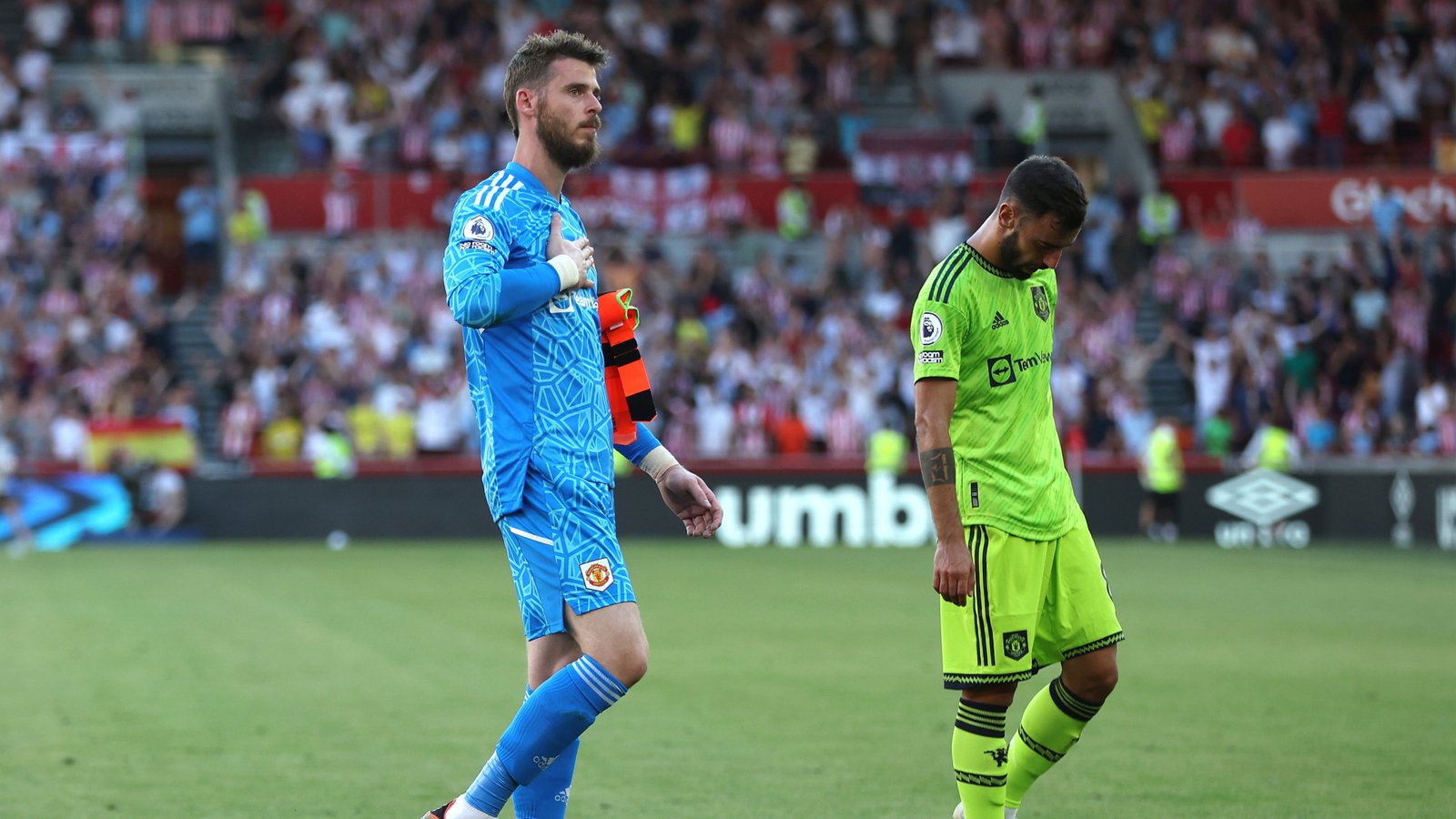 Man Utd still needs some serious midfield improvements in addition to the anticipated buyout of Adrien Rabiot, and their search for Frenkie de Jong, which has been going on for three months, is still ongoing.

Lisandro Martinez and Tyrell Malacia have added to the tallies in defence. However, the club is still looking for Frenkie de Jong.

The attack is yet another area of concern, as Cristiano Ronaldo’s demeanour is starting to become a hindrance. Anthony Martial is the primary alternative at this point. Gianluca Scamacca, and Nayef Aguerd, were just some of the players that David Moyes has already spent the better part of one hundred million pounds on during this transfer window.

Despite this, West Ham will enter another season with a lack of defensive and central players.

Due to an injury suffered by Aguerd, Kurt Zouma was the only fit central defender for the opening two matches. As a result, fullback Ben Johnson was ordered to play out of position in both of the team’s losses against Manchester City and Nottingham Forest.

Downes, who was acquired from Swansea, is the major back-up for Declan Rice and Tomas Soucek in the midfield. This position needed additional experience; hence it was necessary to acquire Downes.

Yet Leicester is entering the last two weeks of the transfer market without making any significant additions to their roster.

It was inevitable that departures would be required to make room for new players. While Kasper Schmeichel has moved on to Nice and Hamza Choudhury has signed a loan contract with Watford, more significant moves have not yet been finalised.

The desire that Arsenal had shown in Youri Tielemans has not been pursued, and only a handful of bids for the players that Leicester is looking to sell.

As a result, the club was forced to resist bids for Timothy Castagne, Fofana, James Maddison,

Brendan Rodgers is still interested in adding reinforcements to his defence and attacking midfield. Still, the window of opportunity to make that happen is closing as potential players sign with other teams. Bournemouth was sluggish to invest in their return to the Premier League flight. Even though this has finally begun to alter, Scott Parker made it clear following their loss to the Cityzens on Saturday that much more work has to be done.

As Parker transitions to a 5-3-2 formation, he requires another central defender in addition to Marcos Senesi into the club.

Goals are also required. After acquiring Kieffer Moore in January, head coach Scott Parker wants to add another attacking option to the team.

Everton’s transfer activity picked up after a sluggish start to the year with the additions of Conor Coady and Amadou Onana following the arrivals of James Tarkowski and Dwight McNeil at the club.

However, a great deal more is required. Because Dominic Calvert-Lewin is frequently injured and Salomon Rondon is the only other major striker in the team, Richarlison needs to be replaced when he moved to Tottenham.

Everton cannot afford to strengthen their efforts to sign midfielder Idrissa Gueye back to the team from PSG, given the number of midfielders already in the medical room. Including Abdoulaye Doucoure, who sustained an injury on Saturday