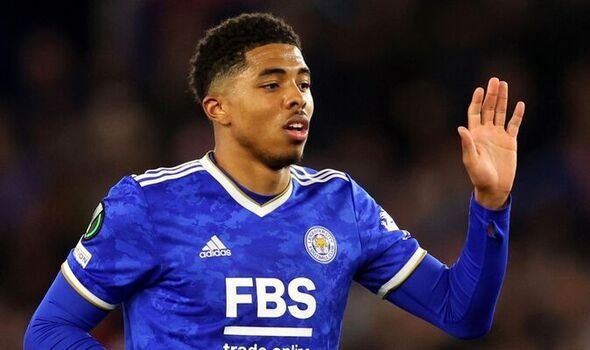 Chelsea are hoping to raid Leicester City for both Wesley Fofana and Jamie Vardy during this summer transfer window, with the defender reportedly telling the club he wants out, while the striker’s contract is set to expire in 12 months.

Fofana, 21, has emerged as one of the most valuable young defenders in the Premier League despite missing most of this past season with a broken leg. He has represented France’s Under-21s, and appears on track to a long international career at the senior level.

Vardy, at a senior age of 35, has scored at least 13 goals in each Premier League season since 2014-15, and if he indicates he has no interest in signing a new contract to stay in Leicester, this transfer window will be their last opportunity to cash-in on the club legend.

While Vardy will likely have a significant say in his future due to his contract situation, the same cannot be said for Fofana, who recently signed an extension that ties him to the club through 2027.

Reports indicate that both Chelsea and Manchester United are monitoring Vardy’s situation, with the thought that he could potentially be a relatively cheap replacement option after Romelu Lukaku was shipped out on loan to Inter, as well as Timo Werner having one foot out the door – with former club RB Leipzig interested. Leicester City forward Jamie Vardy has been a prolific goal scorer in the Premier League. Chelsea is interested in his services once his contract at the King Power runs out. | PHOTO: Getty Images |

There is no word about an asking price for Vardy, but according to ESPN, Leicester are adamant Fofana is not available at any price, despite previous rumours that they value him at £85million.

Meanwhile, the Mirror claims that since the Stamford Bridge side’s interest became clear, the centre-back has been actively pushing for the move to Chelsea, and he has removed any mention of Leicester from his social media pages.

According to 90min, if Tottenham cannot secure Roma forward Nicolo Zaniolo, they will switch attention to Wolves winger Adama Traore.

Football League World is reporting Sevilla and Wolves will battle it out for the signing of 23-year-old striker Ben Brereton-Diaz from Blackburn Rovers.

Fabrizio Romano claims Sevilla are also interested in United full-back Alex Telles, who is said to be behind both Luke Shaw and Tyrell Malacia in the club’s pecking order.

The Guardian is reporting Chelsea are interested in Southampton’s Kyle Walker-Peters, and that an offer between £35m and £40m could get the deal done as the club is already looking for Azpilicueta’s replacement.