Chelsea held by Tottenham in a stunning London derby 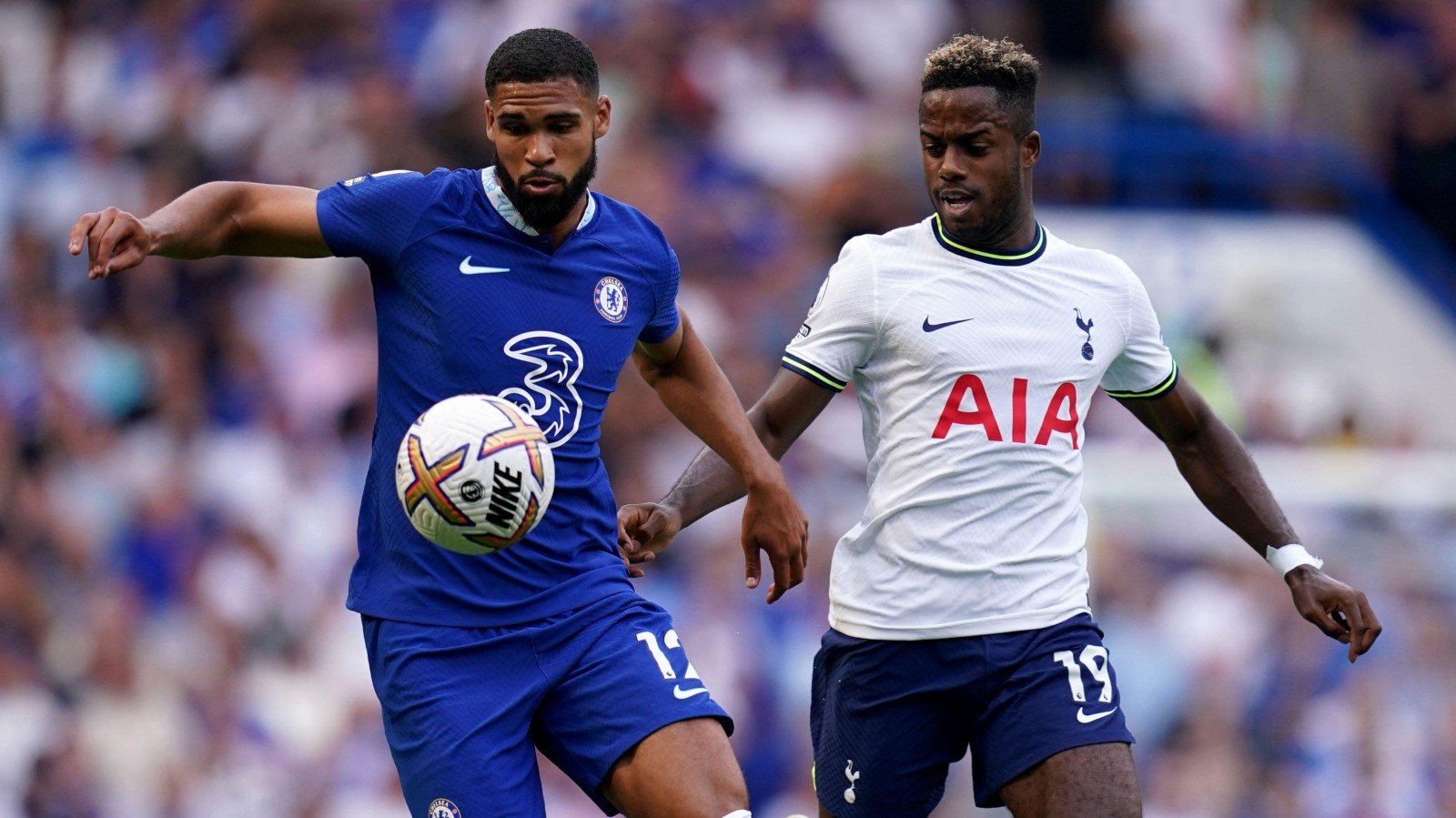 Harry Kane scored a dramatic 96th-minute equaliser as Tottenham twice came from behind to salvage a 2-2 draw in an ill-tempered London derby against Chelsea in the Premier League.

Antonio Conte had twice looked set to finish empty-handed on his Stamford Bridge return, with Kalidou Koulibaly opening the scoring with a staggering volley on his home debut for Chelsea early on.

Pierre-Emile Hojbjerg levelled with a long-range strike in the second half, but Chelsea again looked to be on course for the win when Reece James side-footed home after racing onto Raheem Sterling’s pass.

But Kane was on hand to head home from a late corner and spark wild celebrations from Conte, before both he and opposite manager Thomas Tuchel were promptly sent off amid a touchline clash as Spurs claimed a potentially vital point from a trip to a likely rival for Champions League qualification.

Chelsea dominated the early exchanges and took the lead when two of their new arrivals combined after 19 minutes, with Marc Cucurella’s corner being hammered past Hugo Lloris by the unmarked Koulibaly. 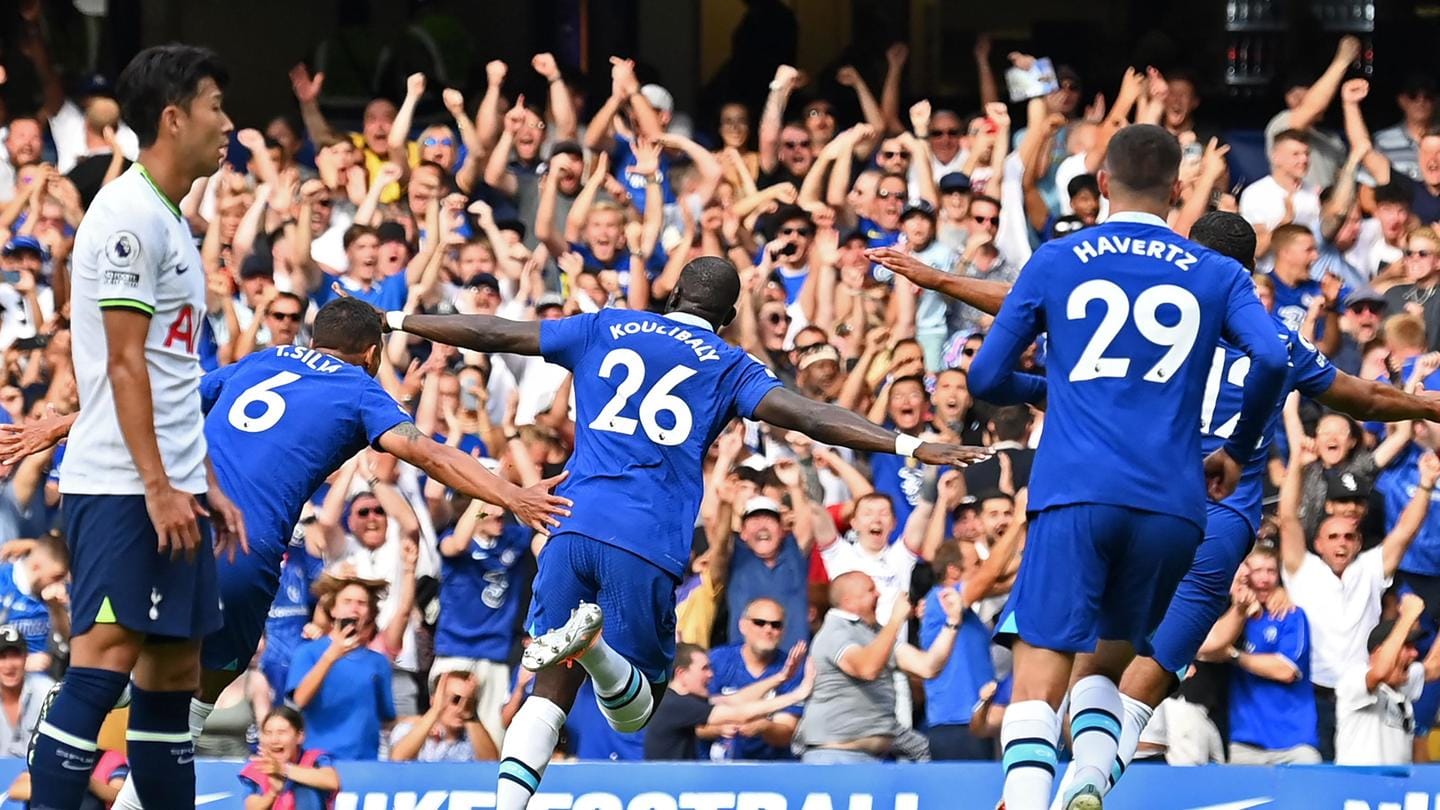 The Blues should have doubled their advantage when Raheem Sterling fired over from just 10 yards out after the break, before Kane skewed a poor effort wide when clean through on the hour.

Spurs’ first equaliser came when Hojbjerg reacted quickest to a loose ball on the edge of the penalty area, drilling his shot into Edouard Mendy’s bottom-right corner with 22 minutes remaining.

But Chelsea were immediately back on the front foot and restored their lead when James met Sterling’s pass with a neat side-foot finish, sending a jubilant Tuchel racing down the touchline.

There was to be one final twist in the tale though when Spurs won a stoppage-time corner, as Kane’s deft header took a slight deflection off James before nestling in the far bottom corner to spark wild celebrations from the visitors.

What does it mean? Spurs salvage vital point against impressive Blues

Having both made the Premier League’s top four last season, Chelsea and Spurs have been touted as the most likely challengers to dominant duo Manchester City and Liverpool, and their early-season meeting represented the perfect opportunity for either side to make a statement.

Chelsea looked the most likely to do so after producing a polished performance, but Kane’s dramatic intervention meant Spurs avoided defeat for just the second time in their last eight league trips to Stamford Bridge (six defeats).

England captain Kane had endured a frustrating outing prior to his decisive late goal, wasting a glorious one-one-one opportunity and appearing isolated for long periods. 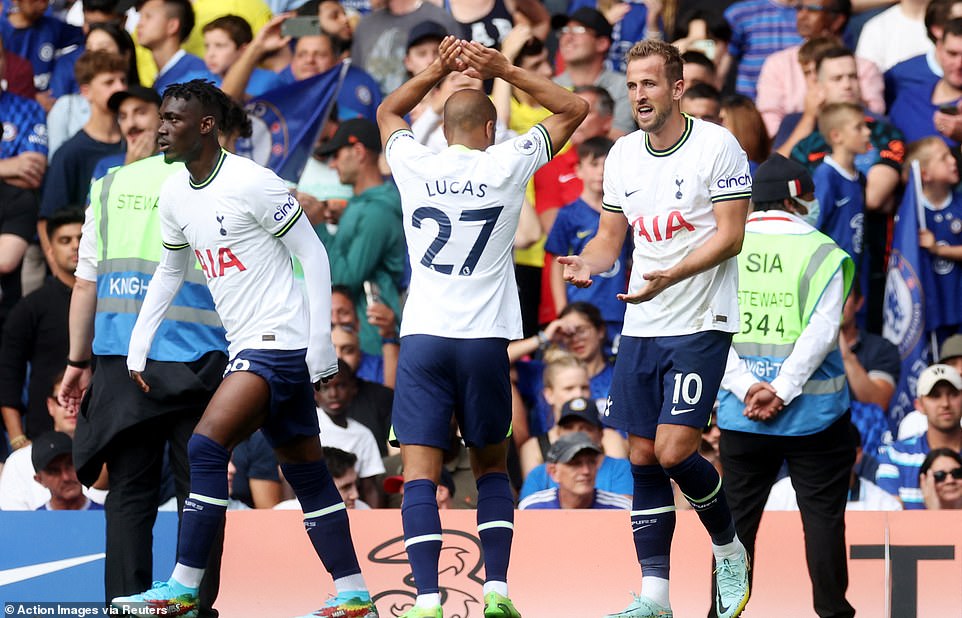 But as is so often the case, Kane stepped up when it mattered to score his 42nd goal in Premier League London derbies, a tally only bettered by Arsenal great Thierry Henry (43).

Koulibaly off to a flyer

While defensive colossus Koulibaly provided a goal threat for Napoli from set pieces, few would have expected him to score his first Chelsea goal the way he did, striking across Cucurella’s corner to pick out the top-right corner.

Koulibaly’s fine finish made him the first player to score his first Premier League goal for Chelsea in a match against Tottenham since Michael Essien did so in March 2006.

Tottenham host Wolves in their next Premier League outing on Saturday, while Chelsea go to Elland Road to face Leeds United the following day.