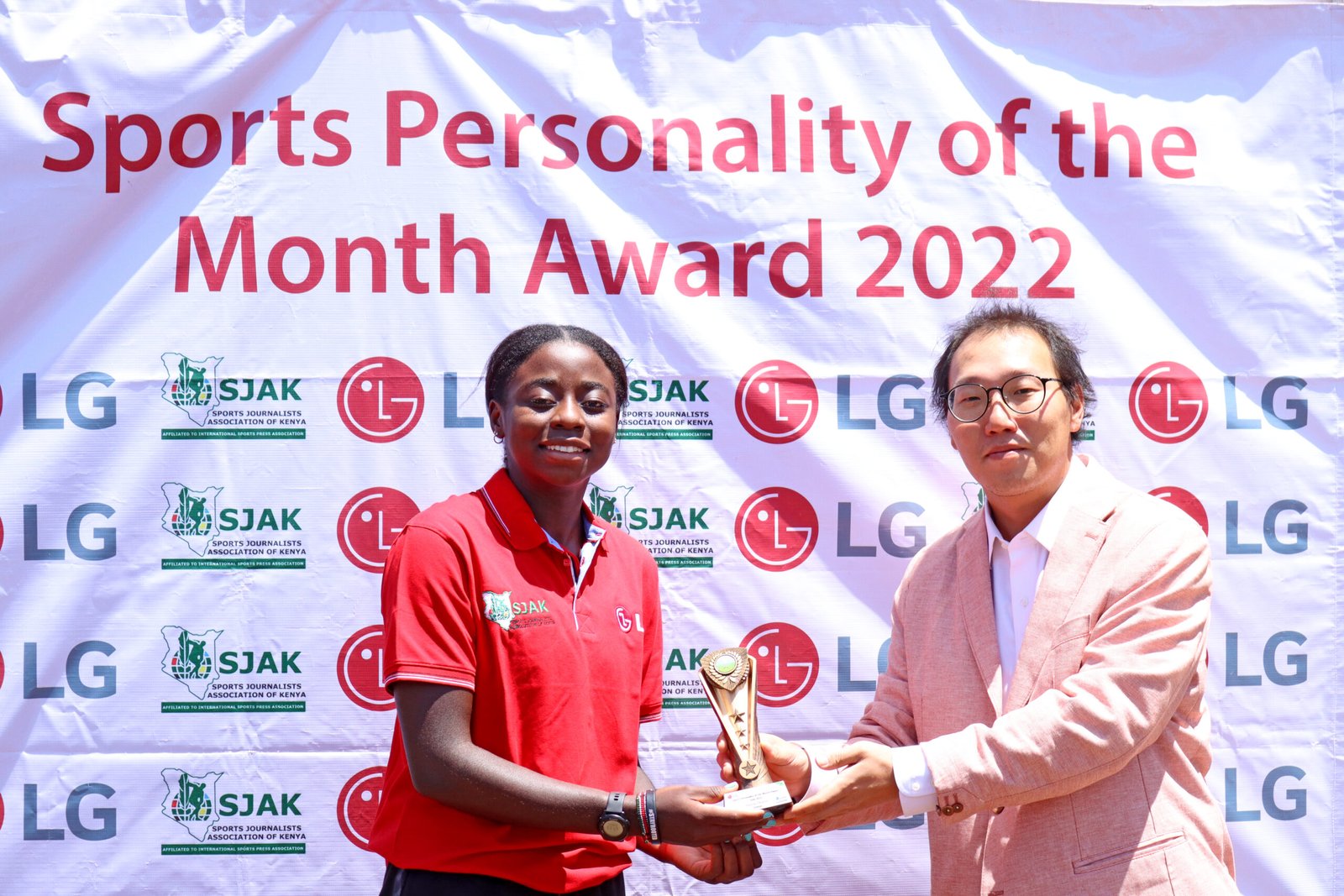 SJAK undertakes the awards in collaboration with sponsors LG, who awarded Okutoyi with a 50-inch Nanocell TV as a reward, in addition to a personalized trophy.

This is the third time that Okutoyi has won the award, making her the first sportsperson to win it three separate times. She won it in January last year, then this January again following her exploits in reaching the third round of the Australian Open.

For the July award, Okutoyi was feted after making history, becoming the first ever Kenyan grandslam winner after clinching the doubles title in Wimbledon.

“This is the third time but every time it feels different. I am really excited and happy to receive this trophy. So many people did well last month but I didn’t know that I did better than them so this is pretty great for me. Now I want to win it again and again and I am preparing to win it for the fourth time,” an excited Okutoyi added. 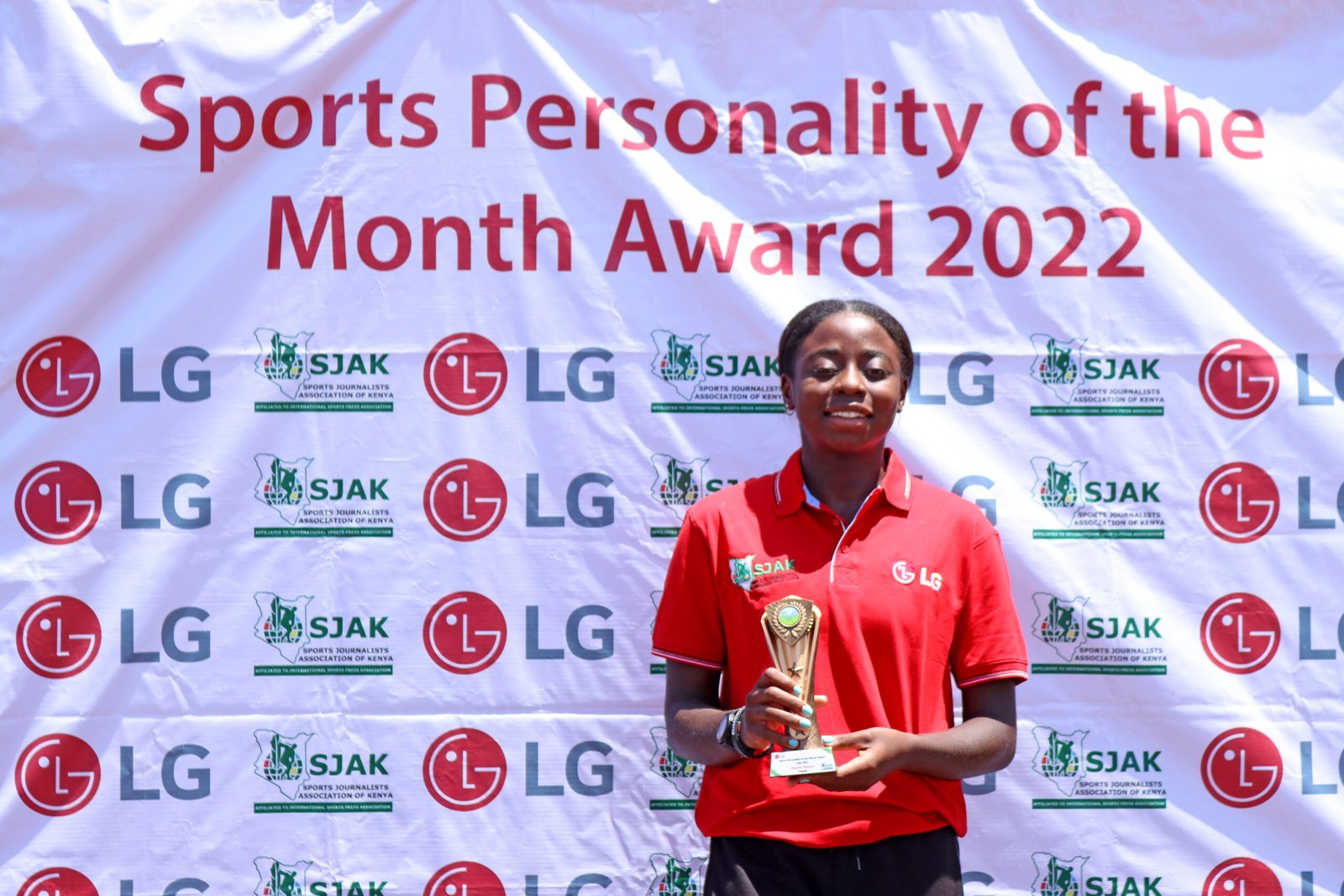 Angela Okutoyi poses with the July Award at Nairobi Club

The 18-year-old made history, partnering Netherland’s Rose Marie Nijkamp to beat the Canadian pair of Kayla Cross and Victoria Mboko 2-1 (3-6, 6-4, 11-9) in the final to clinch the doubles title at Wimbledon.

It was a massive result for Okutoyi, bouncing back greatly after losing in the first round in the singles.

“I want to thank everyone for this award and I am really delighted that more and more recognition is coming. It goes to show that hard work will bring forth good fruits. I want to dedicate this to my coaches, Tennis Kenya, my family and my grandmother for all the support they have given me,” she added. 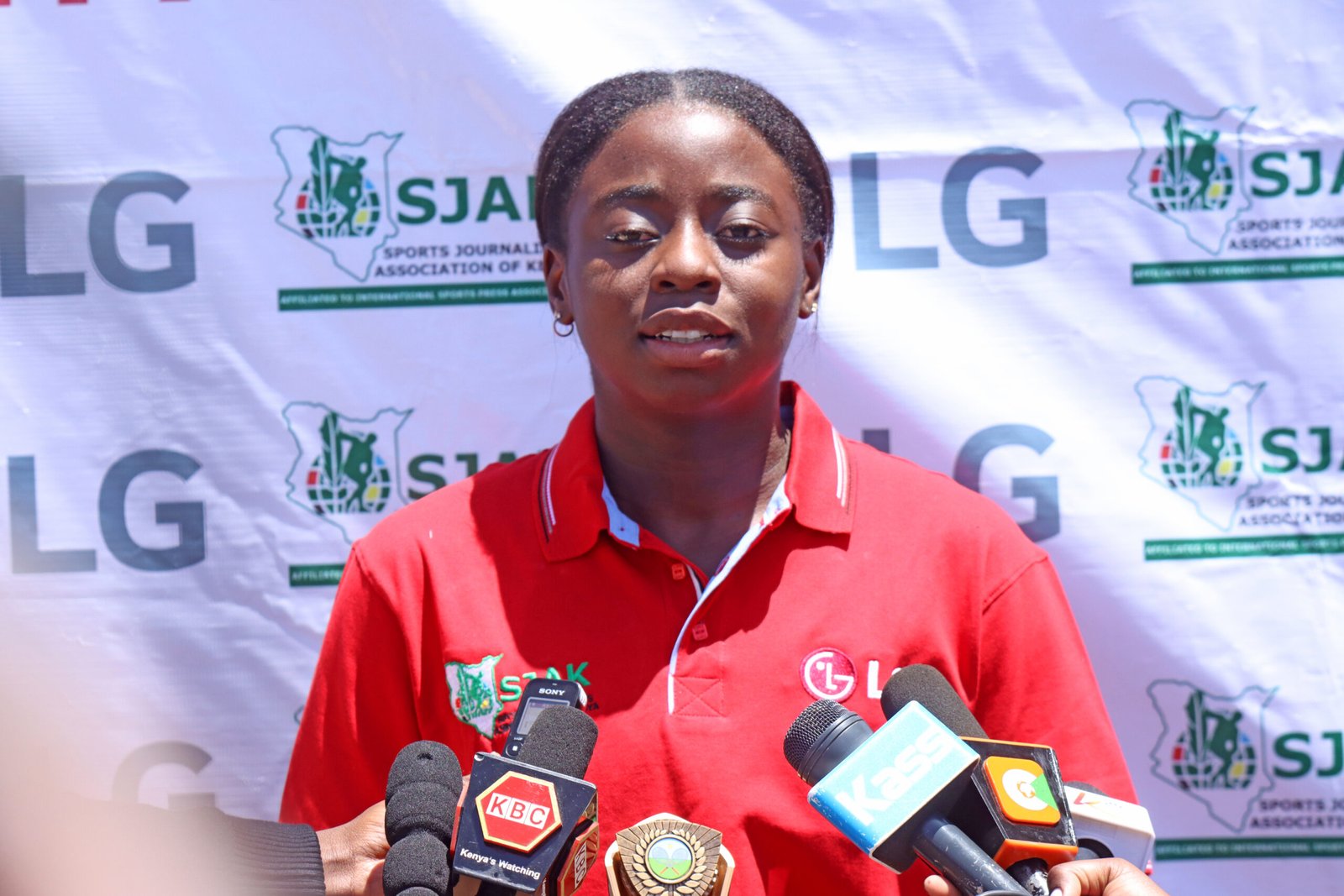 Angela Okutoyi speaking during the award ceremony at Nairobi Club

Okutoyi’s success has brought fourth good tidings and she has been receiving more recognition. She has also been given a three-year membership at the Karen Country Club alongside her sister Roselinda Asumwa to help her with strength training.

“This was a big part of my training that was missing because most of the times I was only training on the court. At the highest level, you have to prepare in all aspects and having strength training will be very crucial in helping me reach more heights,” said Okutoyi.

She is now preparing for the US Open and she will leave the country on Monday for Canada where she will take part in a tune-up tournament to help her get ready for the Flushing Meadows.

I need to improve, says Nadal after Cincinnati Open defeat
Federer and Kate Middleton team up for a Tennis charity event