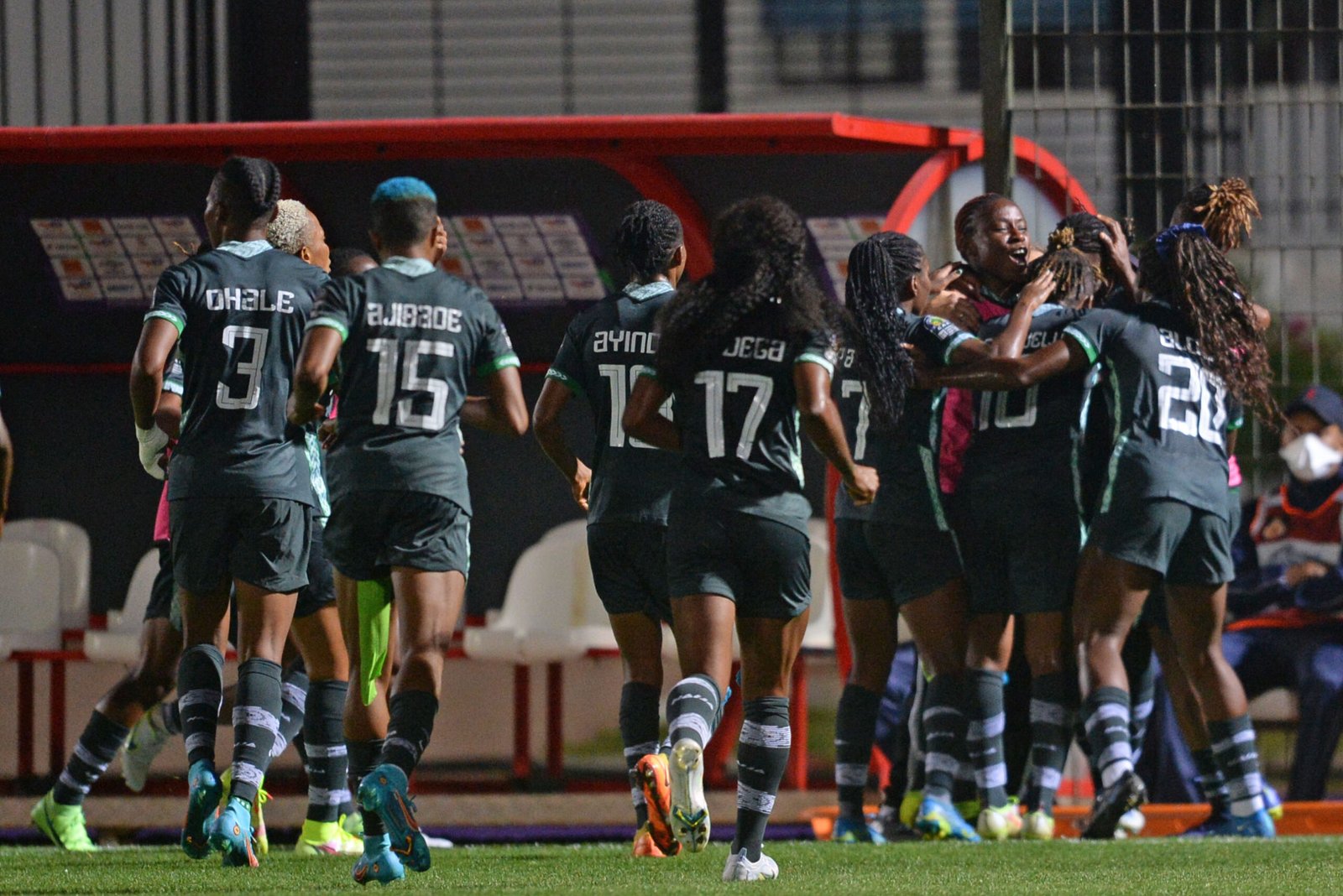 Nigeria celebrate their win over Botswana

South Africa continued their emphatic start to the Women’s Africa Cup of Nations after thrashing Burundi 3-1 in Morocco, picking their second consecutive victory. Meanwhile, Nigeria revived their hopes with a 2-0 win over Botswana in Rabat.

Jermaine Seoposenwe missed a penalty while the Banyana Banyana wasted a myriad of scoring chances in a match that they could have won by a wider margin. 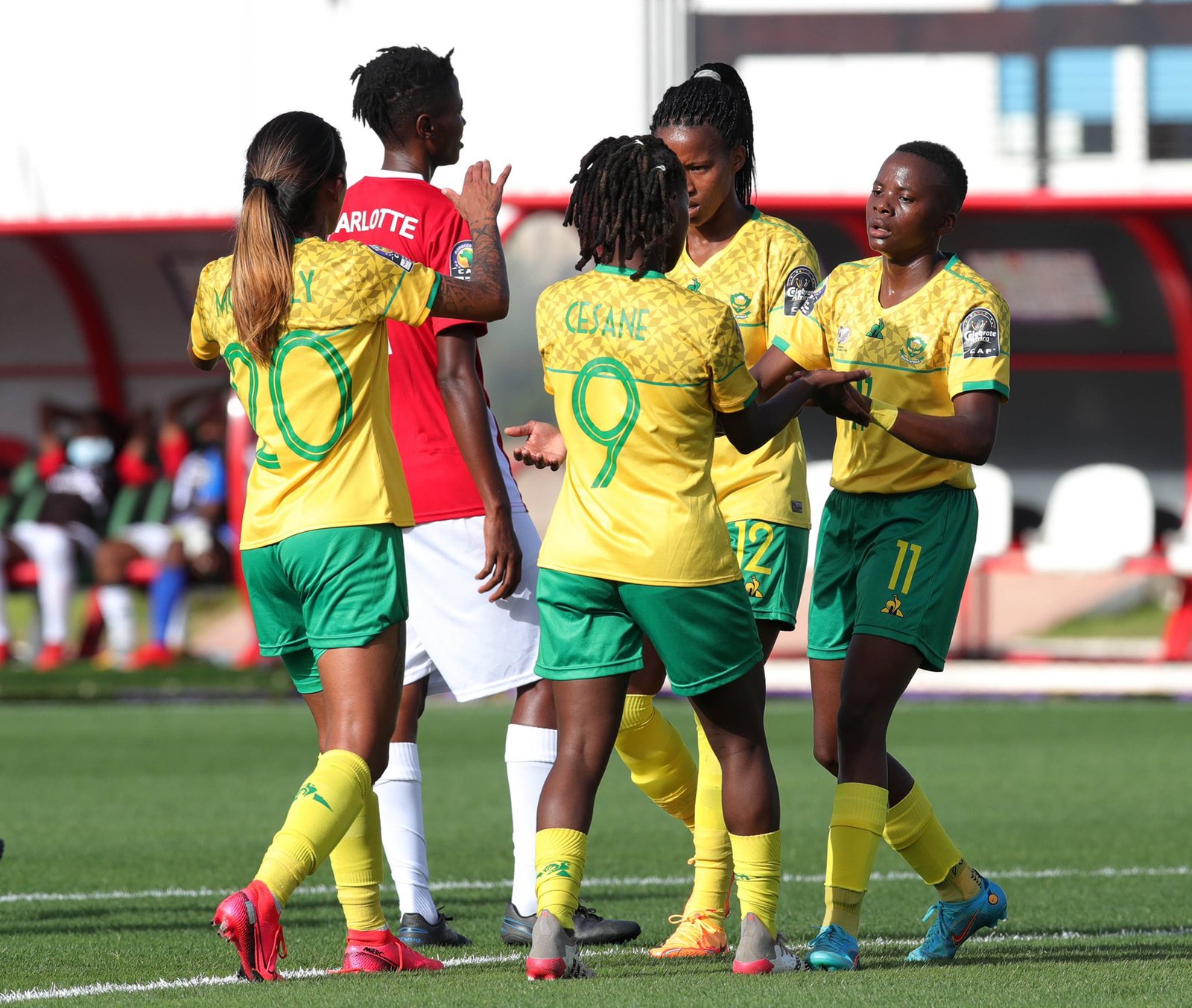 Burundi’s consolation goal was scored by Aniella Uwimana and they also had to finish the match with 10 players after substitute Annociate Nshimirimana was shown a straight red card in the second half.

The South Africans started faster off the bocks and found themselves in the lead when Kgatlana simply slid the ball into the bottom right after some good interchange of passes which led to a cross from the right.

But, the debutants rallied to try and get something from the game and drew level when Uwimana slapped the ball into the roof of the net after connecting to a cutback from the left.

However, the hopes of running toe to toe with Africa’s second best ranked team was diminished after the Banyana restored their lead in the 32nd minute, Motau thrashing a brilliant shot from inside the box after some desperate defending from Burundi saw the ball nudged to her feet.

They had a chance to make it three when Motau was brought down inside the box, but keeper Jeanine Irakoze made a good save from the penalty spot, bailing her teammate out.

But, the keeper would turn villain in the second half when she fouled Kgatlana inside the box after needlessly spilling a cross and this time, she didn’t have much luck against Motlhalo who easily tucked in her penalty.

But she was the difference fort her side as she made several good saves, keeping out the dangerous Kgatlana. Burundi’s hopes of a comeback were dashed in the 73rd minute when substitute defender Nshimirimana was sent-off.

But, the South Africans couldn’t extend their lead, but had done enough to make it six points from two games and a confirmed place in the last eight.

They  will play Botswana in their final group game on Sunday and a win will see them finish top of the group while Burundi conclude their campaign in their match against title holders Nigeria. 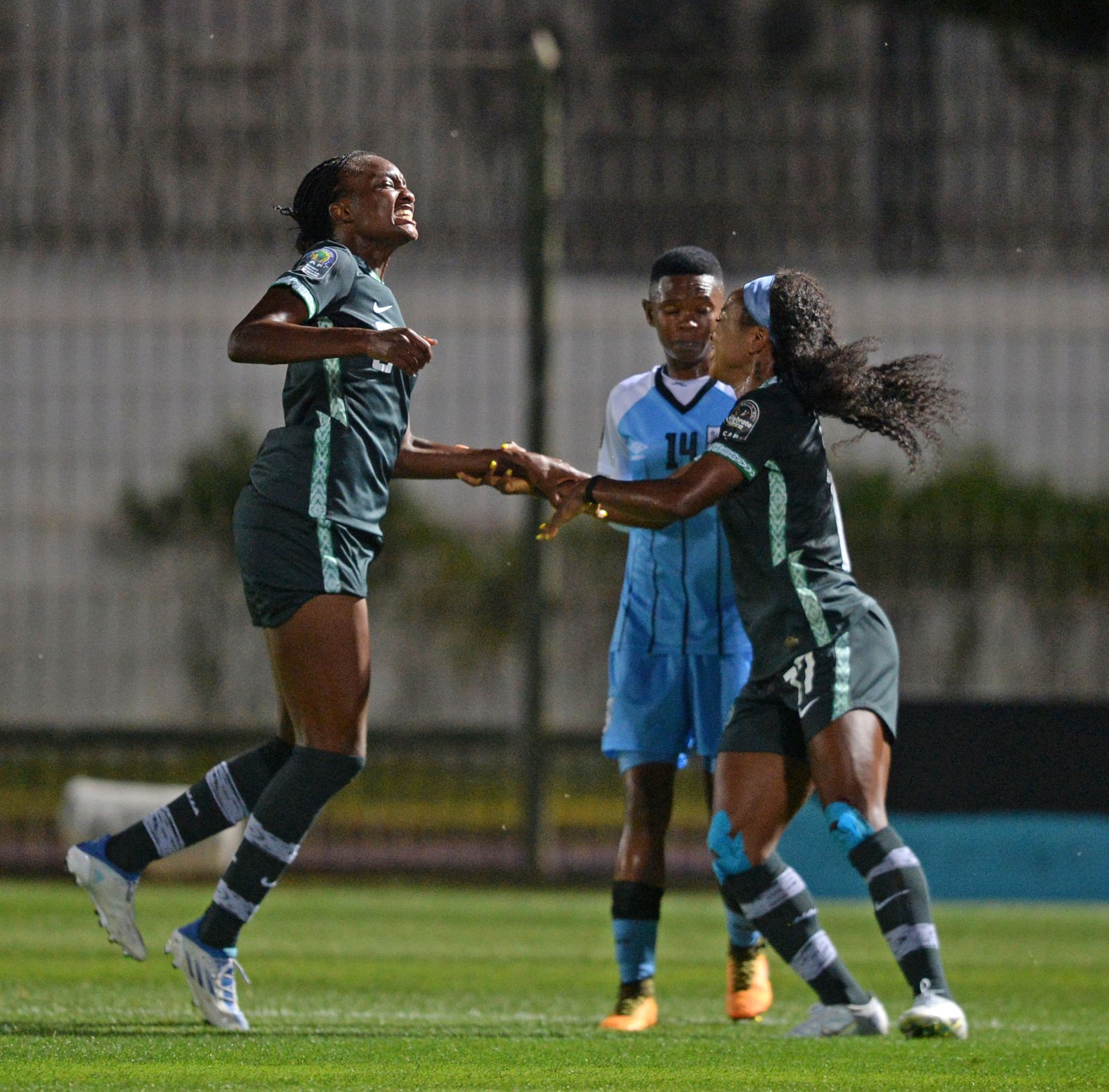 The Super Falcons put their campaign back on track with a 2-0 win over Botswana.

Ifeoma Onumonu took charge of the attacking duties in the absence of the injured Asisat Oshoala and she made it count when she scored the opener in the 21st minute, racing past her markers from a brilliant through ball before beating the keeper.

Just after the break, Nigeria extended their lead when substitute Christy Ucheibe rose highest to powerfully head home from a corner with the Botswana goalkeeper left rooted to her spot.

The Nigerians had more chances in the second half but couldn’t extend the lead.

They will now face off with Burundi in their final match and just a point will be enough to sail them through but want to win to cement the second spot. Botswana who faces fellow COSAFA side, South Africa, in their last match have to win the match or draw to make the last eight.

A loss might still be enough to rank them as one of the two top-placed number threes, but that will depend on results from other groups.