A few weeks after a divorce from his wife took, Thomas Tuchel took a step toward finalisation. The Blues boss Chelsea took his new Brazilian lover on vacation.

Tuchel and his wife Sissi were married for 13 years but divorced in April after their marriage failed.

The ex-couple has two daughters and is currently working through their divorce, which has been approved by the London High Court but is still pending a multimillion-pound settlement. The German manager has indeed moved on and was recently seen vacationing in Sardinia with his new girlfriend, Natalie Max.

According to sources, the lovely couple is lodging in a luxury home on the Mediterranean island for £20,000 per night and was seen on a boat ride at dusk.

Before taking a boat to the island of Caprera, Tuchel and his partner enjoyed some downtime on the beach, went swimming, and had lunch at a restaurant.

The pair held hands at every moment. A source told the Sun that they appeared to be entirely in love.

A holidaymaker said: “They held hands at every opportunity and looked really happy.”

Max is a 35-year-old mother of two from Brazil who is 13 years Tuchel’s younger in age. The company’s owner in London was once profiled on the Yummy Mummy UK website, and she was called a great inspiration and a mother who rocks.

Immediately after jetting from the club’s preseason tour of the United States, Tuchel took a flight to Sardinia.

The new owner Todd Boehly is frantically trying to bolster the team’s roster in preparation for the start of the Premier League season the next weekend, which is difficult for the German right now.

Since Sissi and Tuchel’s separation was publicly announced about four months ago, Tuchel’s private life has been rather tough. According to court records, the 48-year-old requested a divorce citing irreconcilable differences by profession.

She got notification last week from the attorney that Tuchel had acted in a way that made it unreasonable to expect Mrs Tuchel to remain with him.

Sissi relocated to the UK in August of last year, months after Chelsea hired Tuchel in early2021. The couple then bought a home close to the team’s training facility in Cobham, Surrey. 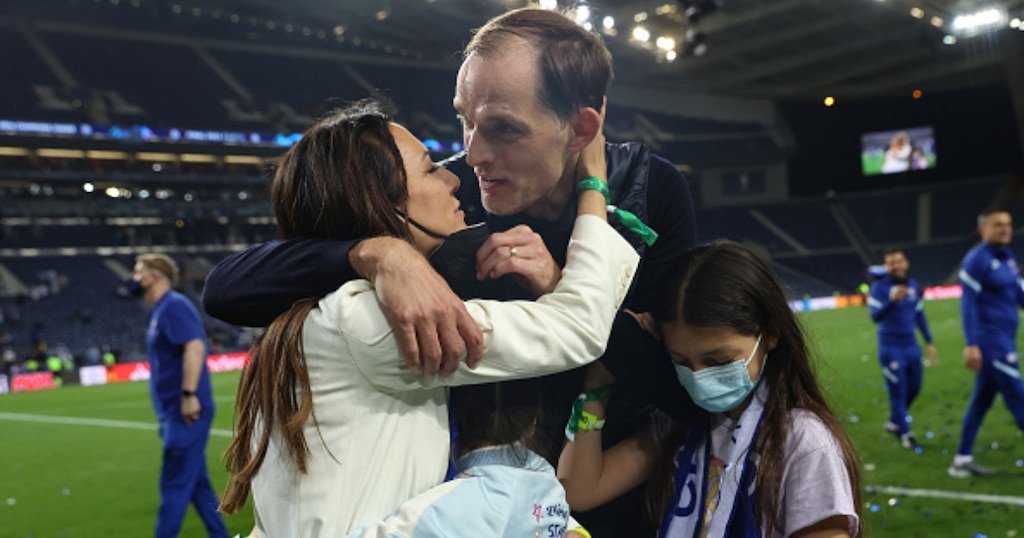 The decision, though, did not succeed. The marriage had allegedly irremediably broken down, leading to a multi-million-pound settlement that will be finalised within the next one and half months.

Given that Tuchel makes almost £7 million a year, Sissi may be entitled to substantial compensation. She apparently left her position at the German newspaper in order to raise their family.

Tuchel’s trip will finish quickly with his new lover.

Chelsea, who lost to the Gunners 4-0 over in Florida, will play their last preseason match against  Udinese on Friday before opening their Premier League season against Everton on August 6.