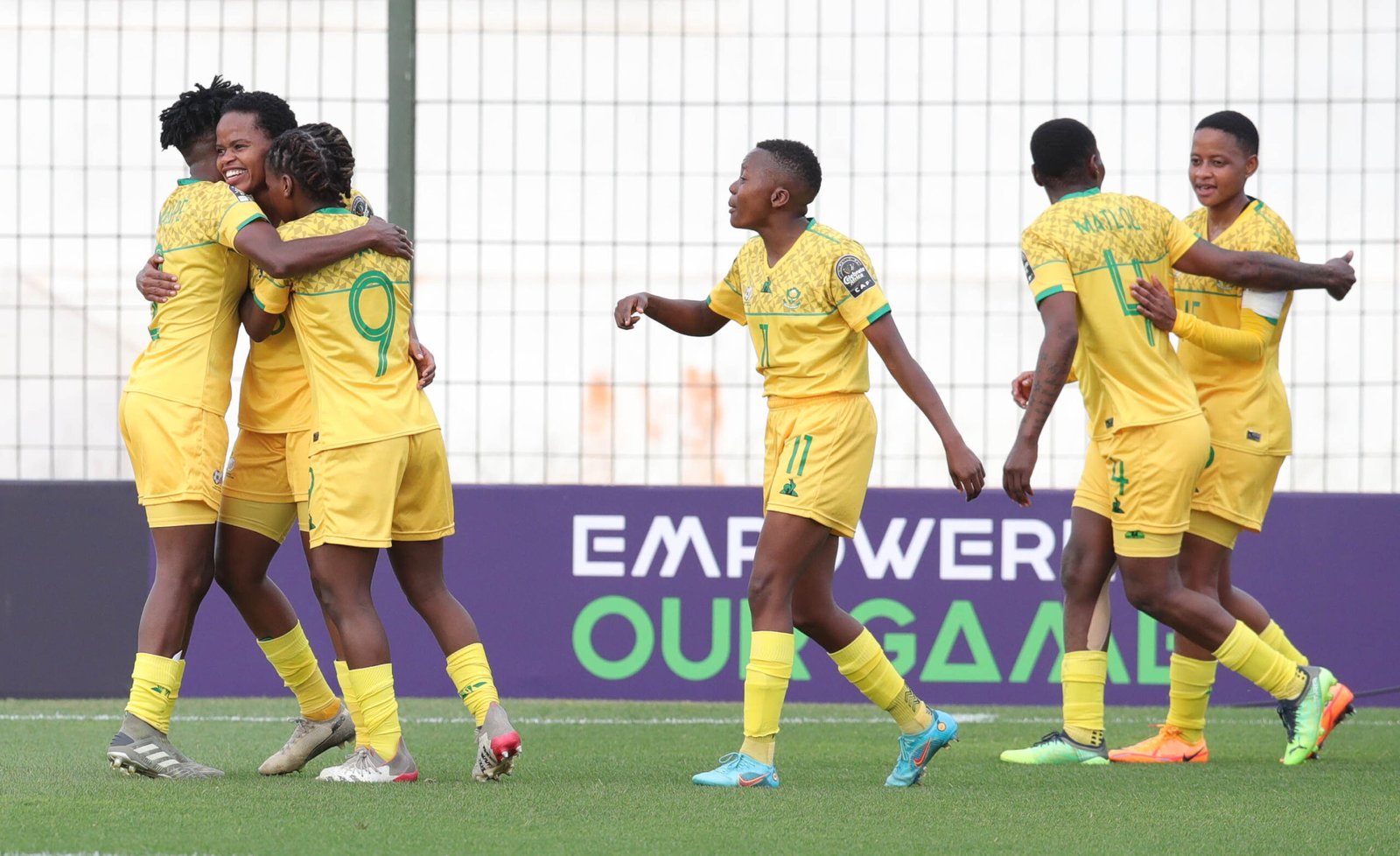 Two goals in three minutes from South Africa in the second half were enough to drown the Super Falcons, who scored the consolation deep into stoppage time to make the score respectable.

“This is a very big win for us as a team. We needed to get this result because it sets the tone for the rest of the tournament. We had a meeting before we started training to talk about our goals and ambitions. We want to qualify for the World Cup and win the title here,” Desiree Ellis, the South Africa head coach said,

She added; “We know what happened in 2018, but we have matured over the past four years and there are changes in our team. Jermaine played about four positions today. That is the versatility we have now as a team.”

Despite the loss, Nigeria coach randy Waldrum was confident that his team would pick up.

“It is obviously the first game of the tournament so we have to go back and regroup. We have to increase our urgency in the fighting spirit because we are encouraged by it. We have to play the way we played in the last 10-15 minutes so that we get going,” he said.

Nigeria off to faster start 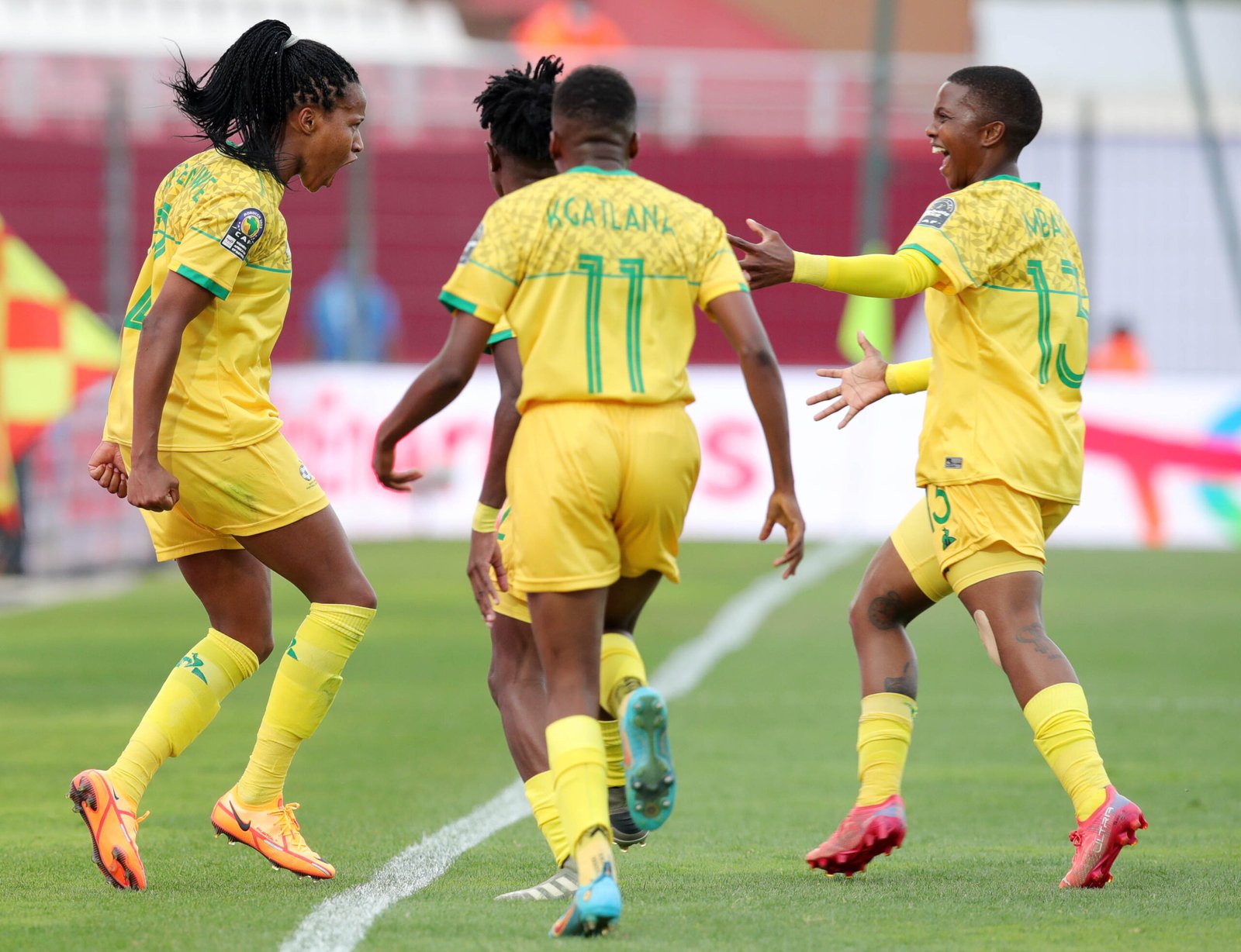 The Nigerians were off to a faster start off the blocks with Asisat Oshioala being a constant threat at goal, but all her attempts were dealt with well by the defense.

The Nigerians came close with Alozie Chinwen shooting wide while Ash Plumtree had another rasping effort saved by the keeper.

In the second half though, it was the South Africans who took command of the match.

They broke the deadlock on the hour mark when Jermaine Seoposenwe picked up a pass inside the box, shielded off her marker before slotting home past the keeper.

In the 62nd minute, Banyana Banyana were 2-0 up when Hildah Magaia doubled the tally with a brilliant finish on her left foot after some beautiful link up play that started off in their half from the right.

Nigeria tried to drag themselves back into the game and they pulled one back in the 92nd minute when Rasheedat Ajibade controlled the ball inside the box before shooting home after the South African backline struggled to clear from a cross.

Meanwhile Botswana came out tops in the battle of the debutants after beating Burundi 4-2 in the late kick off. 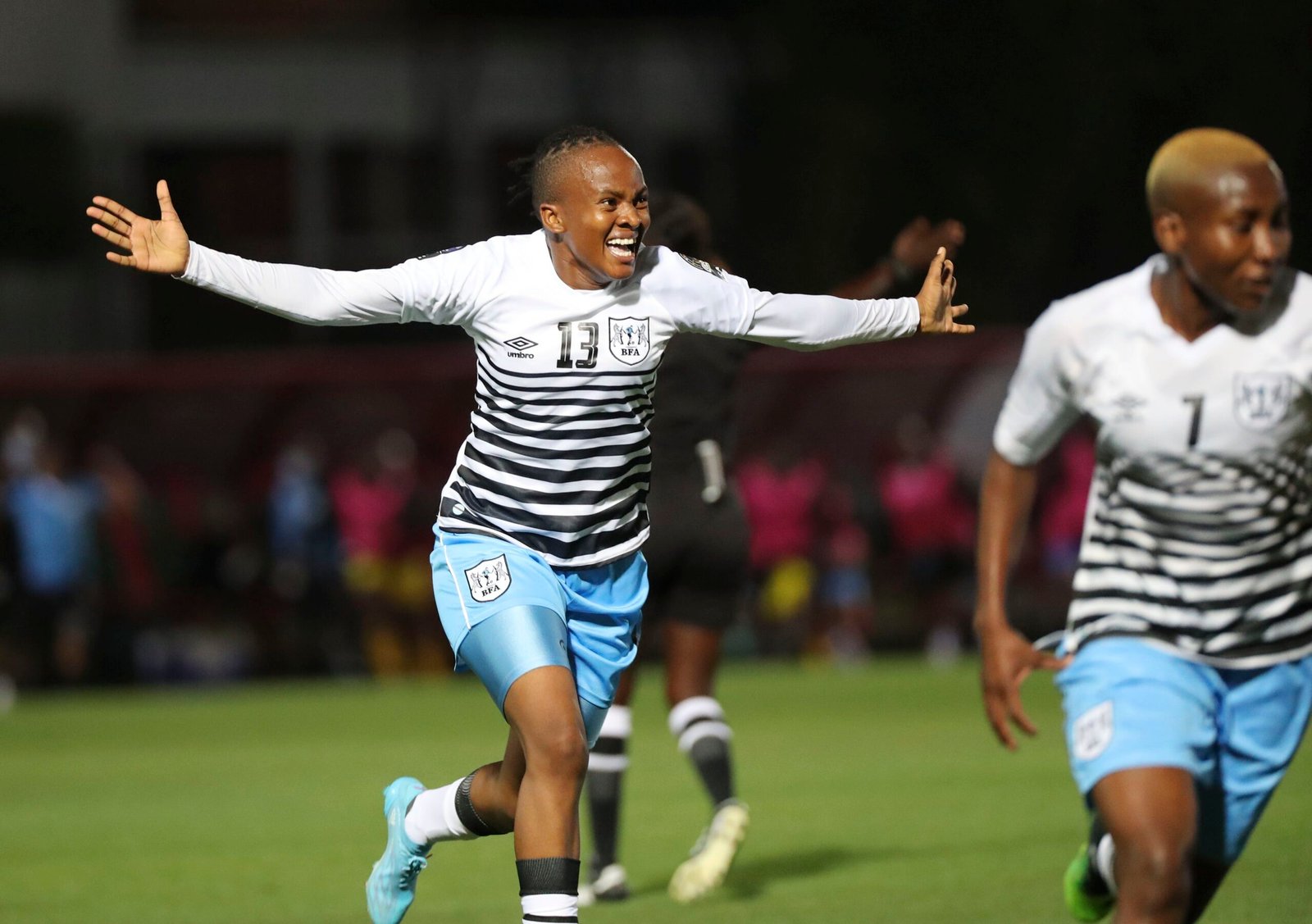 Botswana players celebrate one of their goals. PHOTO/CAF

Keitumetse Dithebe broke the deadlock for the Mares in the 43rd minute with a brilliant left-footer from outside the area. Botswana had been trying shots from long range all game, and they were finally rewarded two minutes to the break.

Lesego Radiakanyo then doubled their tally two minutes after the break, a devastating counterattack catching Burundi flat-footed with a cross slashed from the left to allow the forward to tap home.

Sandrine Niyonkuru restored some hope for Burundi when she halved the deficit in the 52nd minute when she pounced on to a spilled ball after the keeper had punched a shot from the captain.

But, their hopes of a comeback were thwarted just three minutes later when Botswana restored their two goal advantage, Refilwe Tholakele striking a brilliant shot from the right after a quick step lost her marker.

Five minutes later she completed her brace with another brilliant finish, this time running to a through ball into the box before slotting low into the bottom right corner.

Niyonkuru drew one back for Burundi with nine minutes left with a brilliant volley after a defensive header off a corner landed on her path. However, the Eastern Africans could not complete the comeback.