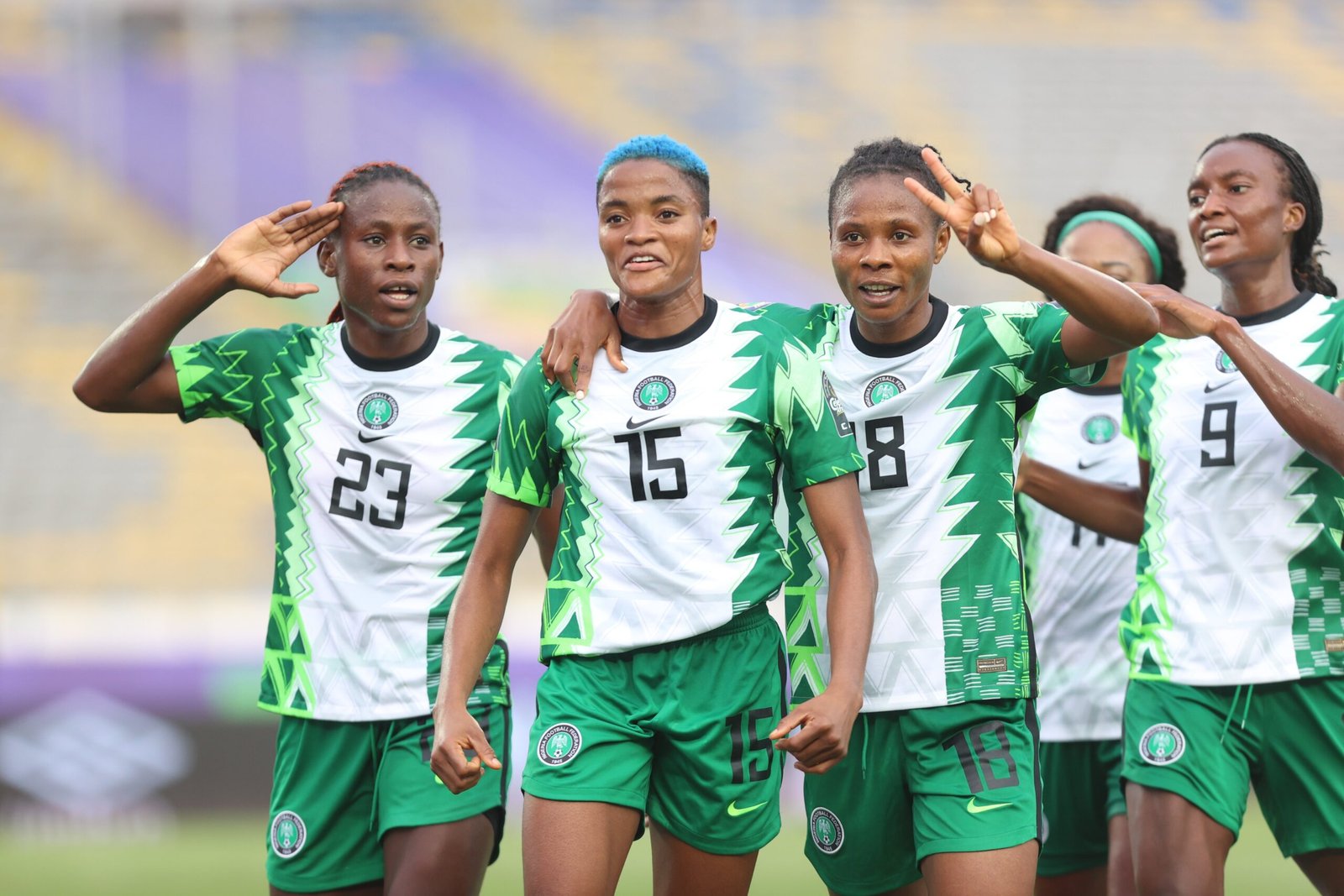 South Africa and Nigeria both progressed to the semi-finals of the Women’s Africa Cup of Nations after picking similar 1-0 victories over Tunisia and Cameroon respectively. The victories not only sail them into the last four of the Women’s AFCON but also assures them of a place in the 2023 FIFA Women’s World Cup.

“I am so excited I want to dedicate this to my teammates because they have worked so hard,” Ajibade, named woman of the match said.

She added; “Nigeria could not afford to be absent for the World Cup. There’s a new generation of Super Falcons, who arrive hungry and deserve for the world to see their talent. We know what we came here for, we want to leave with the cup, our decima.” 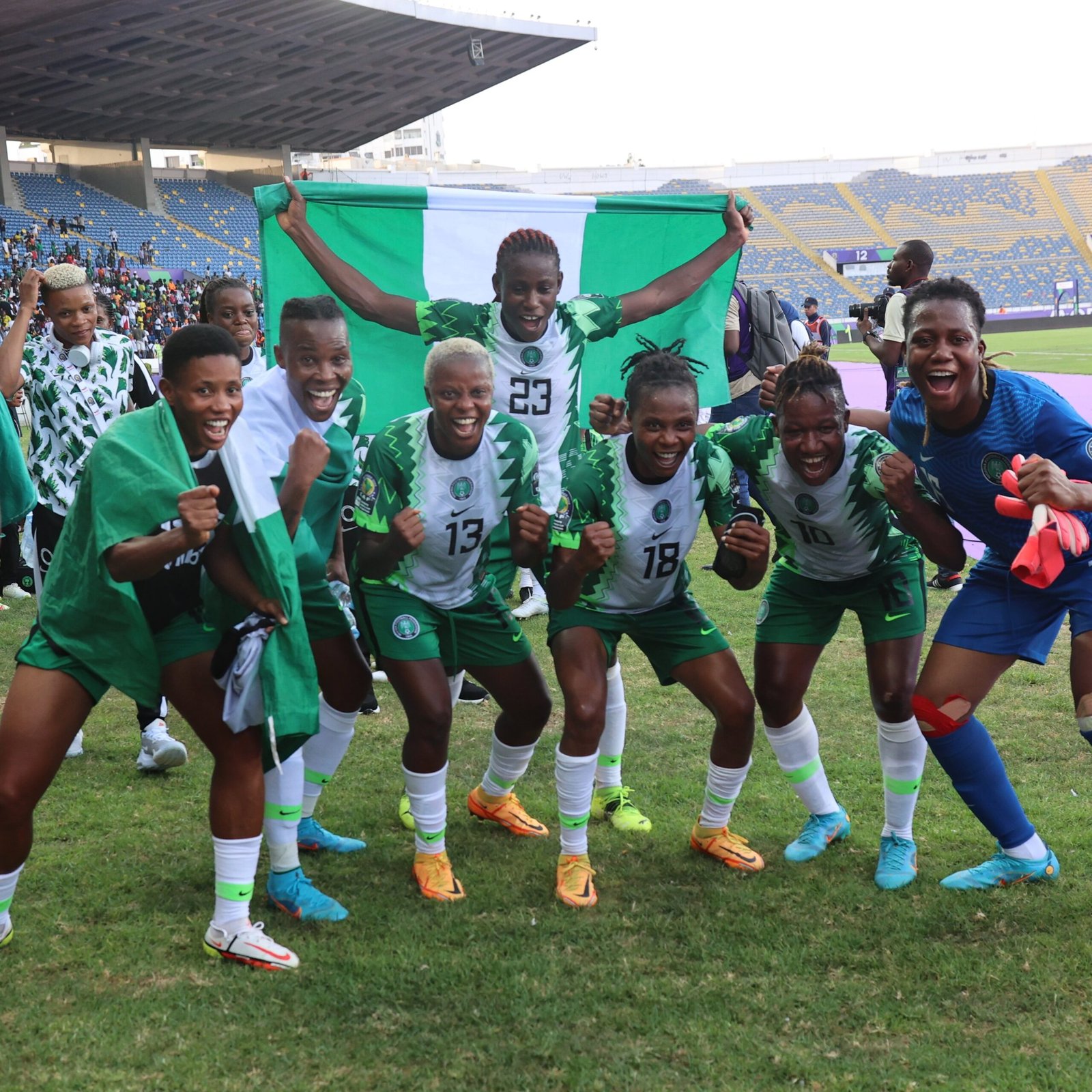 They knew they should expect a tough encounter against the Cameroonians and the opening half was evenly contested, though goal scoring chances were few and far in between.

It was Nigeria who would break the deadlock first, Ajibade flying in with a header in the 56th minute after Onumonu Ifeoma’s cross from the right found her unmarked at the backpost.

The Super Falcons managed to hold on to the lead despite some danger from the Cameroonians and assured themselves a place in the last four.

Meanwhile, South Africa also punched their ticket to the World Cup and a semi-final place at the WAFCON. Jermaine Seoposenwe scored the lone goal and was aptly named woman of the match.

“Today’s victory was about hard work from my team and glory to God for bringing us to this point. We just wanted to win and secure our place to the World Cup and now we want to win this Cup. I am very happy that I was able to positively contribute to the victory of our team,” she said after the win.

Coach Desiree Ellis was also over the moon after the victory, and she hopes this is South Africa’s year after constantly coming close.

No pressure for the players 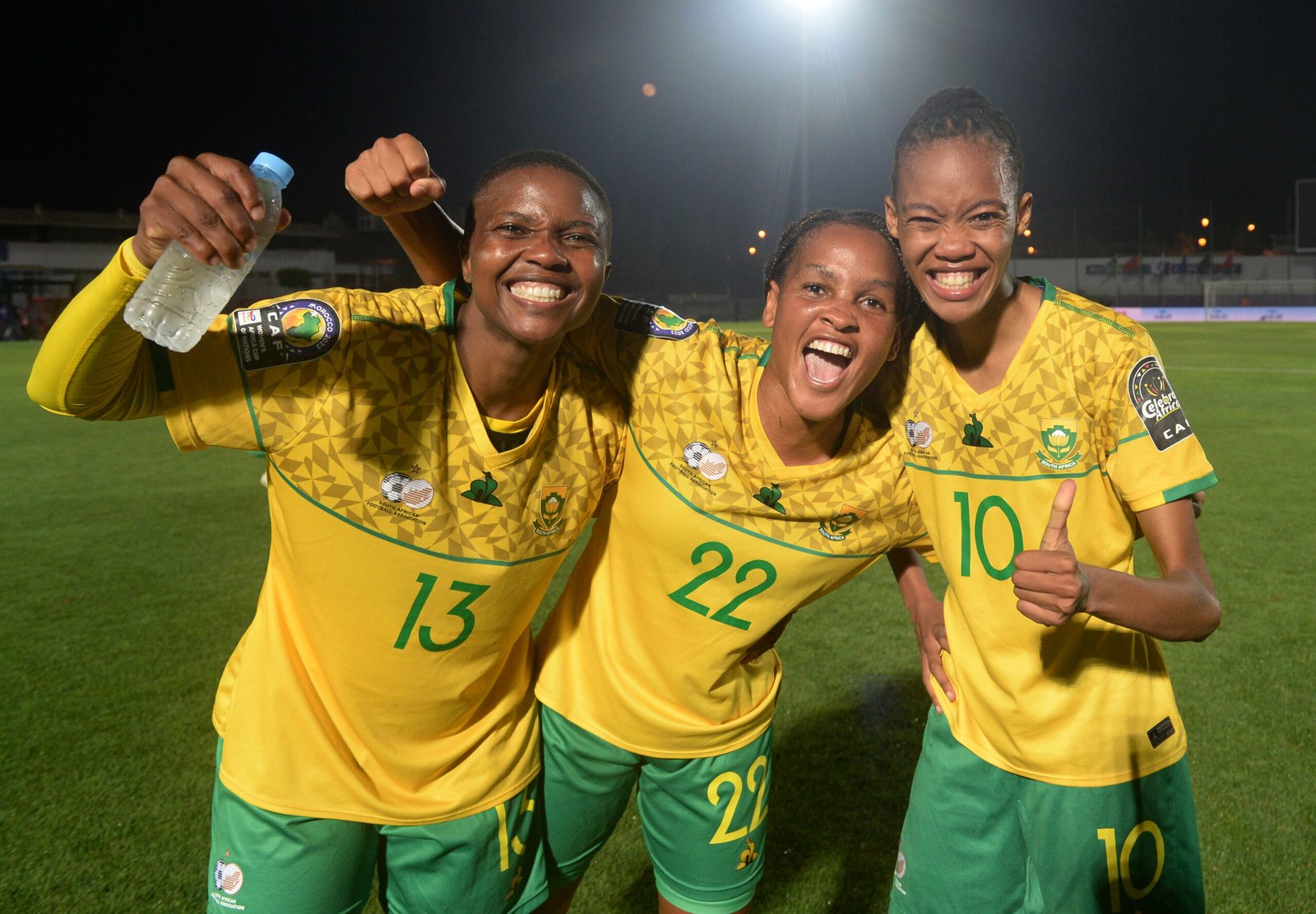 “Now that we have qualified, the players will have no pressure because you know when you lose here, you have to go to the other route (repechage) and you do not want to go to that route. Ultimately, we are now going to the World Cup. That pressure is now off their shoulders and now they can prepare for the next game,” the experienced tactician said after the win.

Against Tunisia, Seoposenwe opened the scoring after 14 minutes. She picked up a loosely defended ball from 25 yards out before storming into the box and sliding the ball into the bottom left corner.

She had been called to step up into attack after their lead striker Thembi Kgatlana was injured and ruled out of the tournament.

Tunisia gave in a fight especially in the second half as they tried to find a way back into the match, but their finishing let them down.