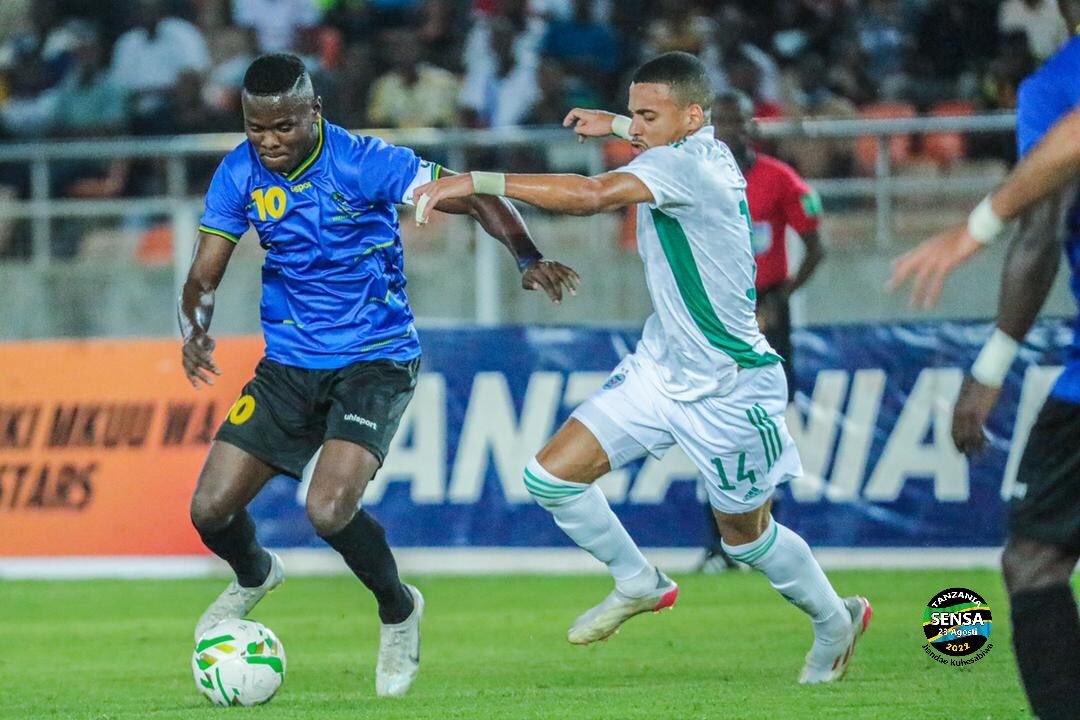 Sudan was the only East African team to pick victory as the opening two rounds of matches ion the qualifiers for the 2023 Africa Cup of Nations continued on Wednesday.

The Sudanese earned a slim 2-1 victory over DR Congo in Omdurman while Uganda were held to a 1-1 draw at home by Niger, with Tanzania suffering a 2-0 defeat to Algeria in Dae es Salaam.

In Omdurman, Sudan raised their hopes of qualification, bouncing back from their opening Day Group I defeat to Mauritania to stun the star studded DR Congo who lost their second consecutive match.

Goals in either half from Waleed Bakhet and Mohamed Abdel Rahman gave Sudan a comfortable cushion against Les Leopards, who scored a late consolation through Jonathan Bolingi.

The Sudanese broke the deadlock in the 16th minute after a strong start, Bakhet breaking into the box to slide the ball under the keeper off an assist from Abdel Rahman.

The home side controlled the tempo of the game and had more chances, but could not score as they went to the break a goal up.

In the second half, DR Congo came back stronger and forced the hosts to play on the backfoot. However, their biggest undoing was lack of a killer pass in the final third.

With four minutes left, Sudan killed off the tie off a counter attack. Abdel Rahman broke away through the middle before playing Mozamil Mohamed on the right, the latter cutting back a pass to Rahman for the second goal.

DR Congo pulled one back through Bolingi in the third minute of added time, but the tie was long gone as Hector Cuper’s charges lost a second consecutive match in the qualifiers. 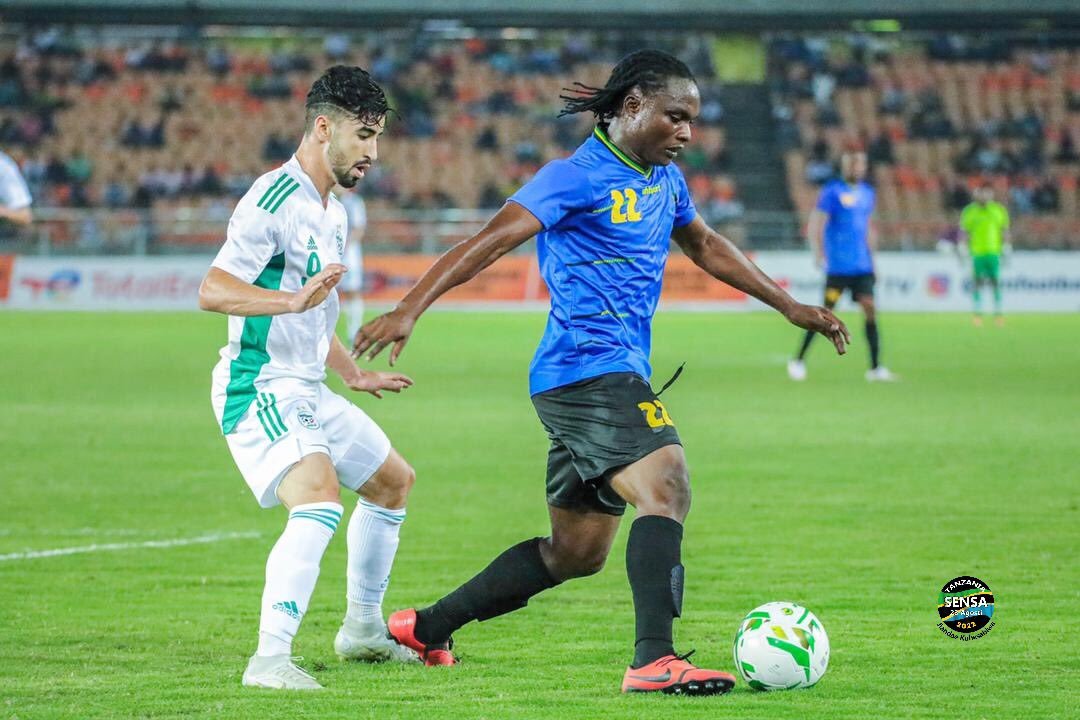 Kibu Dennis up against Amoura

In Dar es Salaam, Rami Bensebaini and Mohamed El Amine Amoura scored in either half as Algeria won 2-0 away to Tanzania’s Taifa Stars at the National Stadium in Dar es Salaam.

Bensebaini broke the deadlock at the stroke of halftime when he hammered the ball home at the backpost. A Youcef Bellaili freekick at the near post was flicked back by Aissa mandi, with Bensebaini finishing off.

Before that, both sides had close opportunities back to back in the 31st minute. Adam Ounas forced the Tanzanian keeper into a good save with a shot from the right and when the ball swung to the other end, Mbwana Samatta’s diving header hit the outside of the post off a Saimon Msuva cross.

In the second half, Amoura was brought on for Ounas and his presence was a constant problem for Tanzania. In the 57th minute he floated in a cross from the left, but Bellaili’s header unmarked was wide.

On the other end, Tanzania came close when Samatta set up Salum Feisal, but the Yanga midfielder’s rasping shot was saved by the keeper.

Algeria weren’t defensive and attacked whenever they found a route to the other end. Yacine Brahimi who had also come off the bench forced a low save from the keeper with a curling effort in the 77th minute as they threatened for a second.

They were rewarded in the 89th minute off a counter, Amoura scoring his first goal in Algeria colors. From a counter, the substitute’s initial shot came off the upright and the ball fell kindly to Ismail Bennacer who laid it back to him.

The forward struck an unstoppable shot from inside the box into the roof of the net. 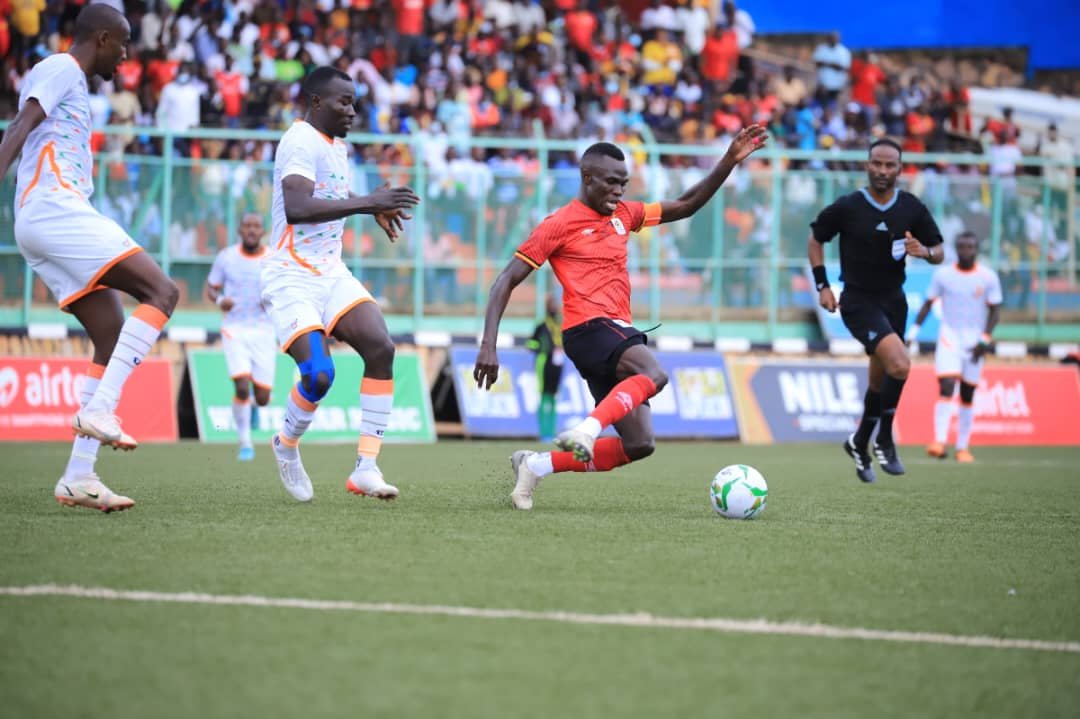 Action between Uganda and Niger

Earlier on in Kampala, Uganda were held to a 1-1 draw by Niger, but were guilty of a myriad of missed chances.

Milton Karisa scored the opener for the Uganda Cranes, but the lead was cut short in the second half through a Mahamadou Amadou Sabo strike.

The home side started the match strongly from the onset and had a chance early on through Faruku Miya. Fahad Bayo had done well to press the keeper and block his clearance, the ball falling on Miya’s feet.

However, the striker could not land the ball in the net as his strong strike was parried away by the goalkeeper one on one. Bayo also had a close chance in the 35th minute when a brilliant cross from karisa found him at the near post, but his near post header was inches wide.

The Ugandans ultimately broke the deadlock in the 42nd minute when Karisa’s looping ball from the right dipped in at the backpost.

In the second half, Benin were back stronger and they levelled the scores in the 70th minute through Sabo’s superb strike from the edge of the box.

With the result, Uganda are bottom of Group F with a point, having lost their opening match 2-0 to Algeria last week.