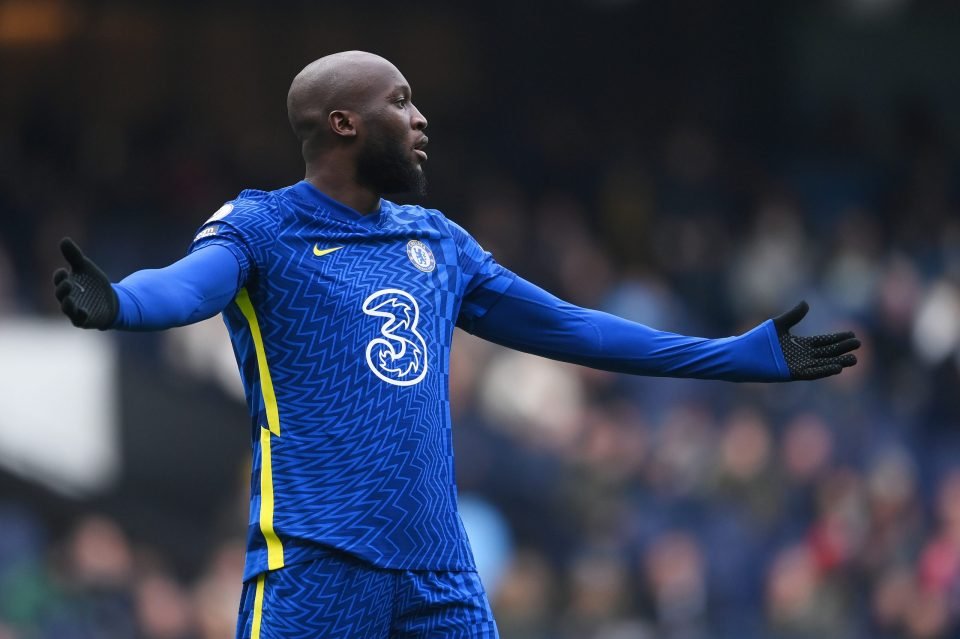 Chelsea big money signing Romelu Lukaku has arrived in Milan as he prepares to complete a return to former club Inter on a one year loan deal.

Lukaku began a second stint at Chelsea last August after the Blues broke their transfer record to bring him back to the Premier League for £97.5million ($120.94m).

The striker was however unable to recapture the form that persuaded Chelsea to secure his return, with injuries initially derailing his adaptation of the Premier League.

Romelu Lukaku played for Inter Milan up until the summer of 2021 when he joined Premier League side Chelsea. | PHOTO: Getty Images |

Lukaku then struggled to suitably fit into Thomas Tuchel’s tactical setup, with Kai Havertz – who delivered ultimately preferred to the Belgian in attack towards the end of the season.

His relationship with Chelsea and the club’s fans was not helped by an interview he did with Sky Sports in December, during which he revealed frustration at his first few months back at Stamford Bridge and professed his love for Inter.

Ever since the interview, rumours of a potential return to San Siro have not gone away, and in the past few weeks a deal has looked likely with various reports indicating the player is keen for a move back to Italy.

Reports recently began to suggest the two clubs had agreed a deal for Lukaku to return to Inter on loan for the upcoming 2022-23 season, and it would appear confirmation is imminent.

Lukaku was filmed leaving Milan airport on Wednesday, posing for photographs with an Inter scarf before getting into a car.

Although a two-year loan, an option to buy and an obligation to buy were all discussed, its has been reported that the two parties settled on a straight season-long loan deal for the 29-year-old without a buy option/obligation although there is scope for renegotiation in the future.

Lukaku touched down in Milan early on Wednesday morning ahead of completing his return to Inter, with a video shared by DAZN Italia on Twitter showing him posing for photos with a Nerazzurri scarf before getting into a waiting car.

Watch the video courtesy of DAZN Italia below:

Poor form, a bout of Covid-19, an injury and an ill-advised interview with Italian media – in which the striker professed his love for his former club – ultimately derailed his season.

Such was his desire to go back to Inter, Lukaku has taken a pay cut to smoothen the deal. Inter will pay an €8m loan fee, which could rise to €10m with add-ons.