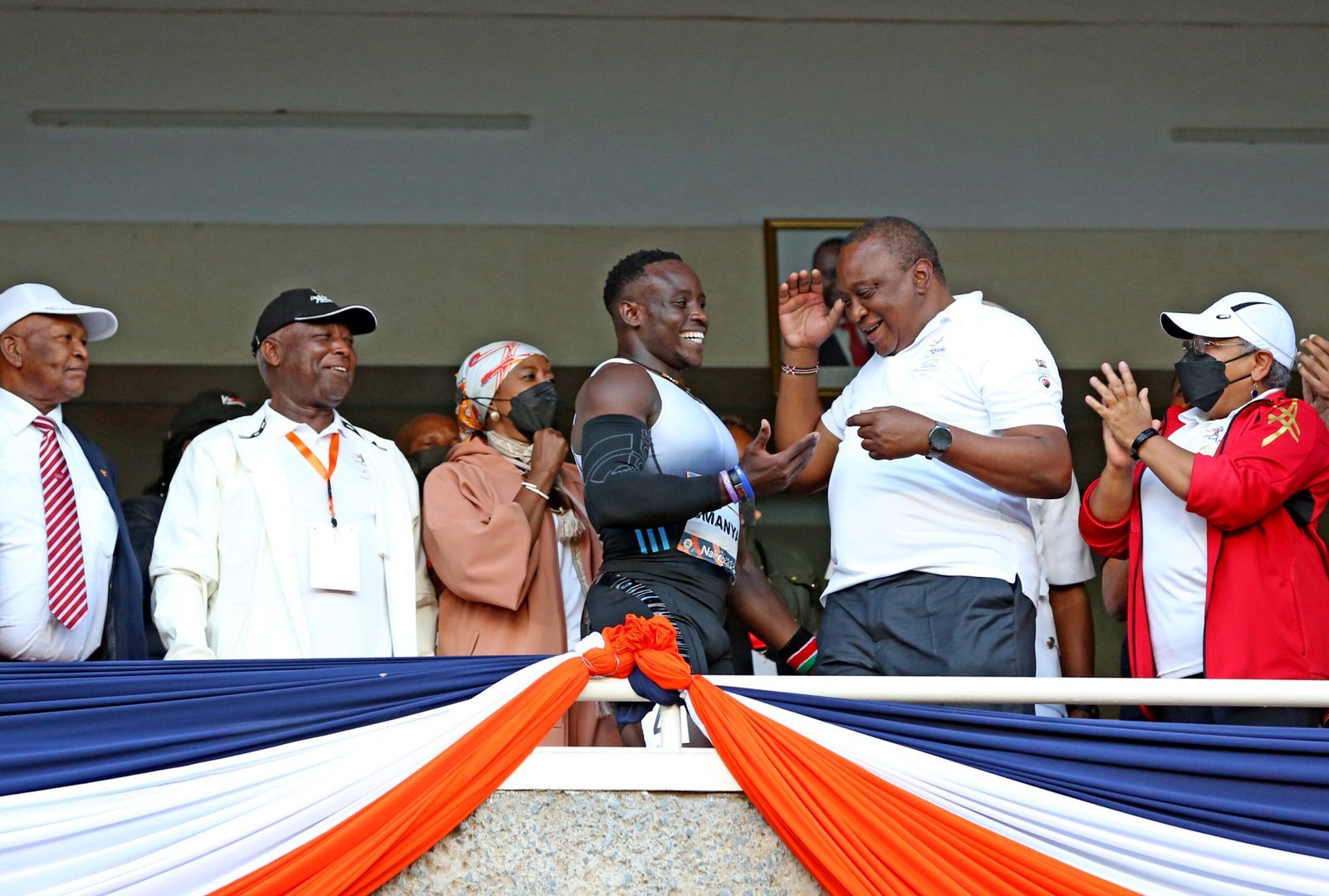 Ferdinand Omanyala led Kenya’s haul of medals on the second day of the Africa Senior Athletics Championships, clinching victory in the men’s 100m.

Kenya finished the second day of the competition in Mauritius with five medals taking the overall tally to six, after the ladies won two medals each in the 1500m and 5,000m finals.

But the day belonged to Omanyala, who earned Kenya a rare sprint medal, edging out South African rival Akani Simbine.

After a slow start off the blocks by both pre-race favourites, they picked up the tempo in the final 40m and it was toe to toe between the two until the finish line when Omanyala pipped the South African by microseconds.

The Kenyan clocked 9.927secs to dip in first ahead of Simbine who timed 9.930secs in finishing second.

He ran lower than the 24-year old Championship record of 9.94secs set by Nigerian Sean Ogunkoya set in Dakar in 1998, but it didn’t count as a record because it was judged to be wind assisted.

“I am really happy to have come here and won. It is such a delight and I am now proud to say that I am an African champion. I worked so hard for this and it is a motivation to hunt for more,” Omanyala said after the race.

The record holder also anchored the Kenyan 4x100m team to victory in the heats and they are through to tomorrow’s semi final. The Kenyan team timed 39.42secs ahead of South Africa who clocked 40.92secs.

Chebet earned victory in a time of 4:16.10 while Chepkirui timed 4:16.28. Ethiopia’s Asegu Ayal prevented a Kenyan podium sweep when she edged out Brenda Chebet for third to clinch the bronze medal.

Kenya ended the second day of the Championships with three gold medals after Beatrice Chebet clinched the win in the women’s 5,000m, clocking 15.00.82 to finish ahead of Ethiopia’s Azale fentaye who clocked 15:01.89. Nyaga finished third in a time of 15:05.34.