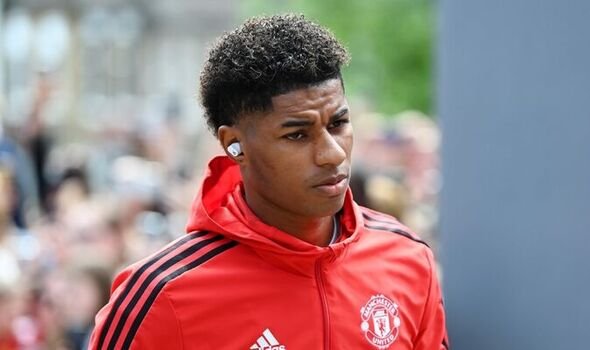 Marcus Rashford’s future has been debated since the arrival of new manager Erik Ten Hag, and the Dutchman has been able to offer some clarity.

Earlier in the week, it was reported that Tottenham, with Champions League qualification, was interested in bringing Rashford over to North London, but attempts of a move were rebuffed.

The English forward is keen on staying at Old Trafford and proving himself to the new boss, having endured a difficult season under Ole Gunnar Solskjaer and Ralf Rangnick in 2021/22.

Ten Hag now also sees Rashford as an important part of his new project and would like to keep him at the club as he prepares for his first season with the Red Devils.

Considering how Ten Hag’s teams in the past with Ajax and Utrecht used to set up, it comes as no surprise that the Dutch coach has high hopes for Rashford and is eager to keep him.

How will Ten Hag make use of Rashford?

Ten Hag made great use of his forwards, with many playing in various roles and a player as versatile as Rashford will be a useful member of the Manchester United squad.

At Utrecht, players like Sebastien Haller and Richairo Zivkovic were able to perform on a consistent basis, and they were able to garner attention from some of Europe’s bigger clubs as a result.

When he moved to Ajax, Ten Hag made the best use of players like Hakim Ziyech, Dusan Tadic, and David Neres in the 2018-19 season.

In that campaign, Ajax reached the Champions League semi-final and the attacking trident (along with Donny van de Beek to help) was a constant threat.

In later years, players like Antony, Haller again and Steven Berghuis came through, and they carried forward Ten Hag’s vision for the team.

Ten Hag wishes for his attacking players to show energy in pressing, frequent output, ability to threaten defences, and work for the collective rather than the individual attributes which Rashford has occasionally shown.

It’s often easy to forget how important Rashford was under Solskjaer between 2019 and 2021, being one of their top scorers as he scored 43 goals over the two campaigns.

Factor in that Rashford has rarely had a consistent coaching spell throughout his career playing under four different coaches (including Rangnick) in his six-year career he is in need of stability.

It’s expected that Ten Hag would bring him that long-term stability and iron out the deficiencies in his performances to help elevate him to the next level as a footballer.

Ten Hag has been known for his ability to connect with footballers, with many at Utrecht and Ajax including those like Antony, Tadic, and Haller praising his methods, and the same is needed for Rashford in the future.

Rashford is still quite young only turning 25 this October so there is time to rejuvenate his career and prove his worth for his boyhood club as they enter a new era.

For Ten Hag, it’ll be good for him to have a young core of attacking players to work with that includes Rashford, Jadon Sancho, Anthony Elanga, and possibly Alejandro Garnacho, who is set to sign a new deal at the club.

How far he can take them remains to be seen, but for now, there is great optimism that Rashford and others could succeed under Ten Hag’s leadership.