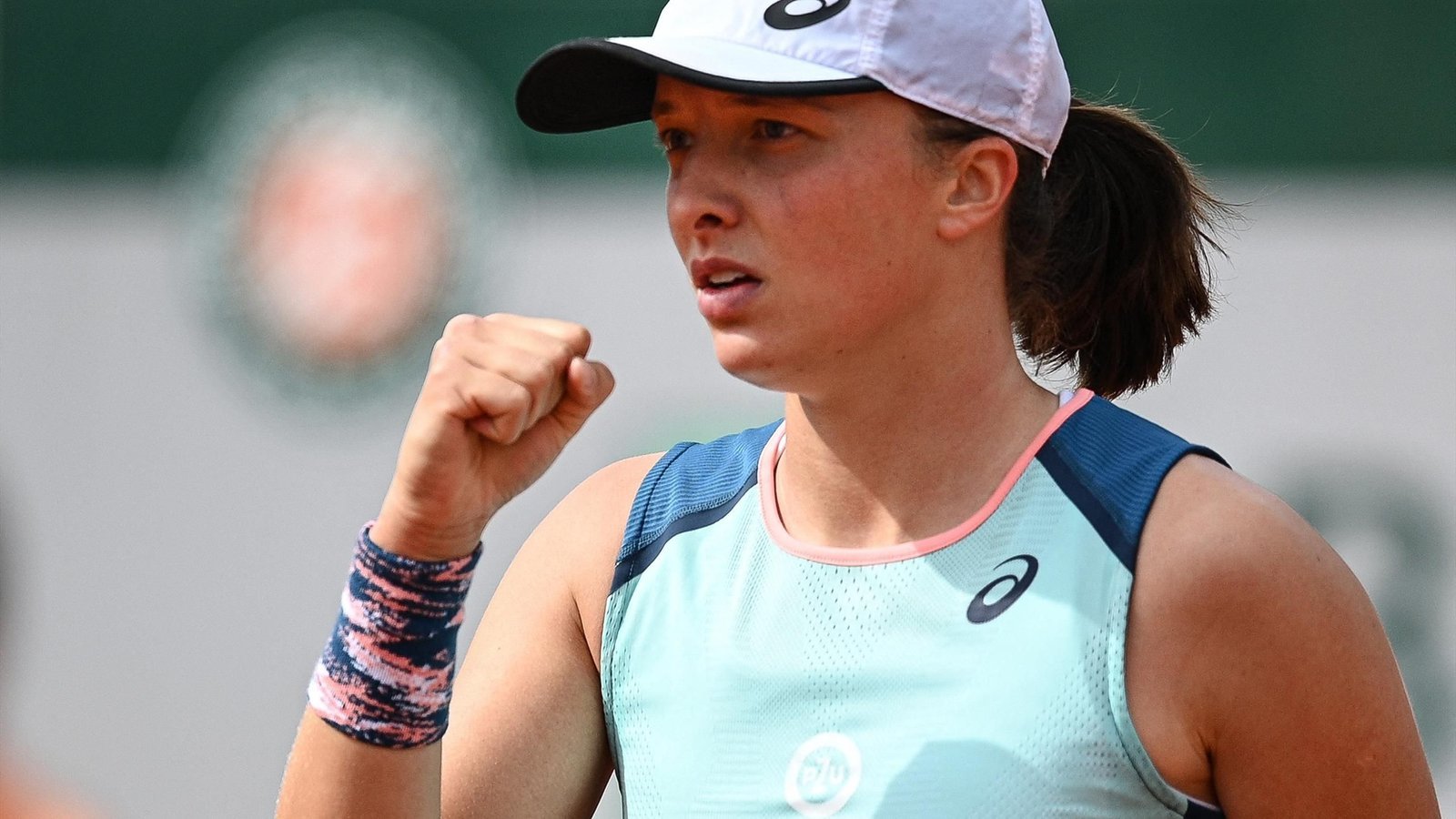 Besides how she plays tennis, Iga Swiatek has little in common with a superstar.

The 21-year-old Pole is in a league of her right now, as evidenced by her crushing defeat of Coco Gauff in the French Open final on Saturday.

Swiatek’s 6-1, 6-3 victory in 68 minutes left Gauff and put her in elite company for superiority over her peers.

It is now 35 wins in a row, dating back to mid-February, which is equivalent to the record set by both the Serena and Venus Williams at the peak of their careers. Both players gave emotional and sincere speeches afterwards; although the Gauff is a crowd favourite, Swiatek received the most cheers from the crowd.

‘I want to say something to Ukraine, stay strong; the world is still there,’ she said, emphasising that she is more about substance than shallow style.

World No one has been wearing a Ukraine emblem all through the tournament when many of her peers appear more particularly worried about how any action on the matter would perhaps affect their ranking.

Her wonderfully heavy groundstrokes, rendered from a short backswing that makes them hard to read, are the most significant aspect of her game.

Even Gauff, a magnificent mover, was frequently caught off guard as she released them into the corners. As a result, this final was less than the competitive showcase hoped for.

The women’s game has had a problematic fortnight, with the controversy surrounding the men’s preference for the new night slot at Roland Garros

Gauff, who admitted that Iga Swiatek and Ash Barty are the hardest opponents she has ever played, had no answers for the onslaught of firepower and began to go 0-4 down nervously.

She took a brief lead in the second set when Swiatek’s level dropped, but nobody could have survived the torn forehands aiming at her.

Thunder rumbled overhead during the last game, providing the perfect soundtrack to the Pole’s blows.

Because of her superiority, the game would not last long enough to be interrupted by the rain that fell shortly afterwards