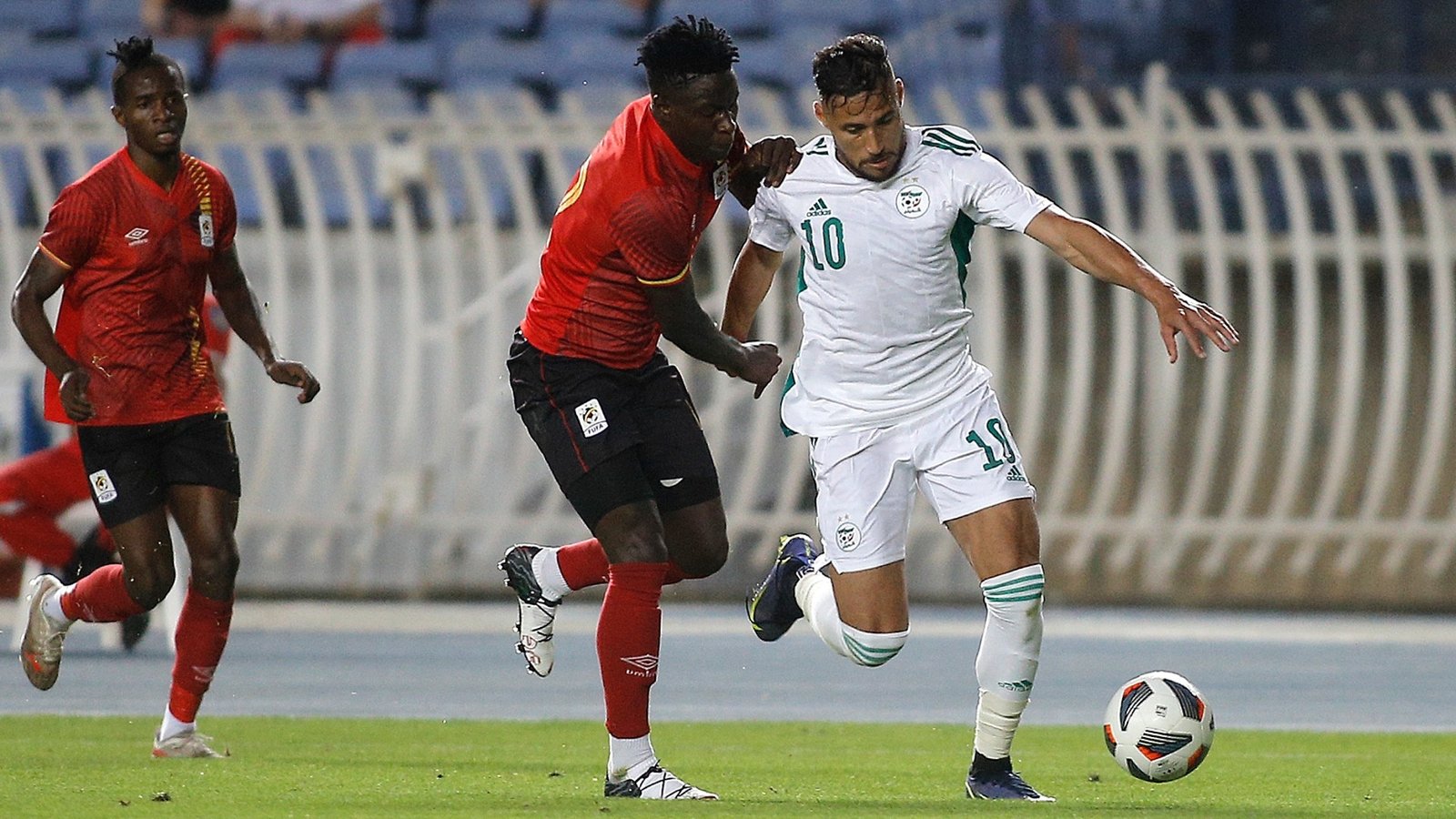 East African countries posted mixed results in the qualifiers towards the 2023 Africa Cup of Nations as Match Day One fixtures rolled up over the weekend.

Tanzania drew 1-1 with Niger, Uganda lost 2-0 to Algeria, South Sudan lost 1-0 to The Gambia, Ethiopia suffered a 2-1 defeat at the hands of Malawi while Burundi drew 1-1 with Namibia.

In Algiers, Uganda started off their journey with a 2-0 defeat in Algiers, goals from Aissa Mandi and Youcef Bellaili undoing the Cranes.

After a disastrous campaign in their title defense in Cameroon, Algeria head coach Djamel Belmadi made changes to his squad as he sought a new approach.

The Algerians were dangerous from the onset but struggled to break the Ugandan defense in the opening exchanges. They were finally rewarded for their strong start in the 28th minute through Mandi who followed up a rebound after the Ugandan keeper saved a freekick from Bellaili.

Uganda were given a way back into the match when they were awarded a penalty just before halftime when Rachid Ghazal’s dangerous tackle put down a Ugandan striker.

However, Faruk Miya missed from the spot after goalkeeper Mustapha Zeghba went the right way to keep out the effort.

In the second half, the Algerians continued to play a high line of attack but were unable to add a second with Uganda defending well. Les Fennecs had to wait until the 80th minute to put the game to safety with a second goal.

The impressive Belaili, dribbled past three players from the left and struck a shot that left no chance for the Ugandan goalkeeper.

Meanwhile, Mali were in a class of their own with an impressive 4-0 thumping of Congo Brazzaville.

Mohamed Camara opened the scoring for the home side in the first minute of the game for an emphatic start.

The score of the match did not change in the second half despite several Malian opportunities.

Mali shares first place in Group G with Gambia, the latter having won 1-0 against South Sudan.

The Scorpions, who were one of the surprise teams at the recent AFCON in Cameroon, won the match thanks to a strike by Ablie Jallow just before the break. 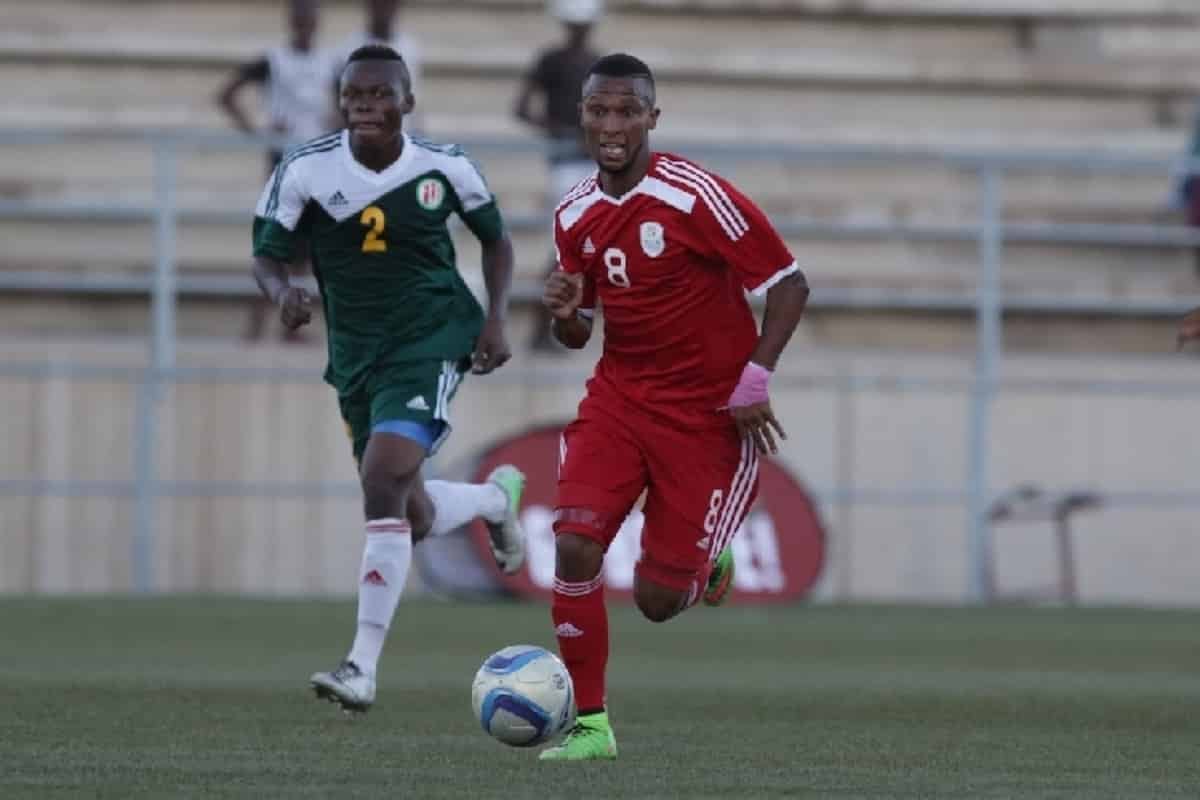 Elsewhere, Bonfils Bimenyimana was both hero and villain for Burundi as he scored the winning goal but was later sent off after a 1-1 draw with Namibia’s Brave Warriors.

It was a game of two halves at the Orlando Stadium in Johannesburg as the hosts controlled the first period and the visitors taking charge after the break.

After a strong start, Mamelodi Sundowns top goal hunter Peter Shalulile scored the opening goal of the game to put Namibia in front in the 10th minute with a wonderful.

Burundi came into second half as the better side having forced Namibia goalkeeper Lloydt Kazapua to make two crucial saves from Cedric Amissi’s attempts.

But it was Bimenyimana who would grab a point for the Burundians with a late goal, but was sent off for a second yellow card after removing his shirt in celebration.

In another match, Ethiopia failed to shine away against Malawi who won 2-1 in Lilongwe. Gabadinho Mhango scored a pair of goals for the Flames.

The Orlando Pirates striker netted the opening goal of the match as early as the 10th minute after converting a penalty kick to put the hosts ahead.

Mhango scored again from the spot to double the advantage for Malawi after defender Mignot Debebe committed a foul inside the penalty box.

Mhango nearly got a hat-trick in the second half but his effort was saved by Fasil Gebremichael before Abubeker Nasser scored from the spot to pull one back for Ethiopia in the 68th minute.

Despite concerted late efforts, the Walia Ibex could not press on for an equalizer and hope to bounce back on match day two. 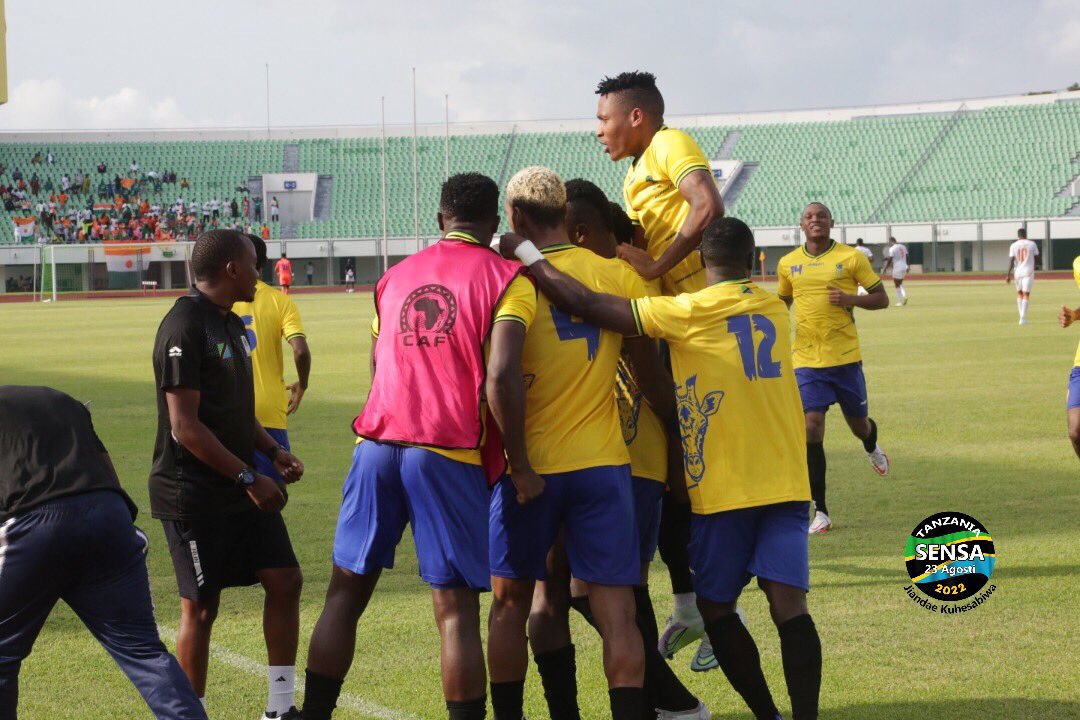 In Cotonou, Daniel Sosah scored the equalizer as Niger came from a goal down to play to a 1-1 draw with Tanzania at home.

The home side had been stunned early on when George Mpole scored inside the first minute.

It was a brilliant start for the Taifa Stars as they picked their hands on the controls, giving them a good opportunity to press their hosts under pressure.

However, the home side was pushed in to ensure they got something. Sossa drew them level 26th minute when he finished off a pass  from Youssef Oumarrou.

Despite pressure in the second half and more chances to score but they couldn’t extend the score.

In Nouakchott, Aboubakar Kamara scored a first-half brace to help Mauritania beat Sudan 3-0 in their opening Group I match.

Abdallahi Mahmoud added a third mate in the second half to give Mauritania a perfect start and new coach Amir Abdou three massive points as he looks for a second consecutive Cup of Nations appearance as a coach.

Abdou was appointed to head the Mauritanian national team after his impressive performance with Comoros last January in Cameroon and the victory on Saturday puts him in a perfect bounce on the road to the 2023 showpiece.

Kamara broke the deadlock in the 27th minute from the penalty spot to give his side the start they yearned for after a good start.

Three minutes later, the burly goal poacher doubled his tally and that of his side finishing off a pass from   Mouhamed Soueid.

With a two-goal cushion, the home side was confident and played with more control despite Susan’s attempt to get a way back into the contest.

In the second half, the Sudanese Falcons of Jediane returned with fire under their boots but were thwarted by an organized Mauritania.

With 13 minutes left on the clock, Mahmoud wrapped up the massive win to ascertain the three points remained in Nouakchott.

Mauritania now lead the group with three points, ahead of Gabon on goals after the latter beat DR Congo by a slim 1-0 margin.