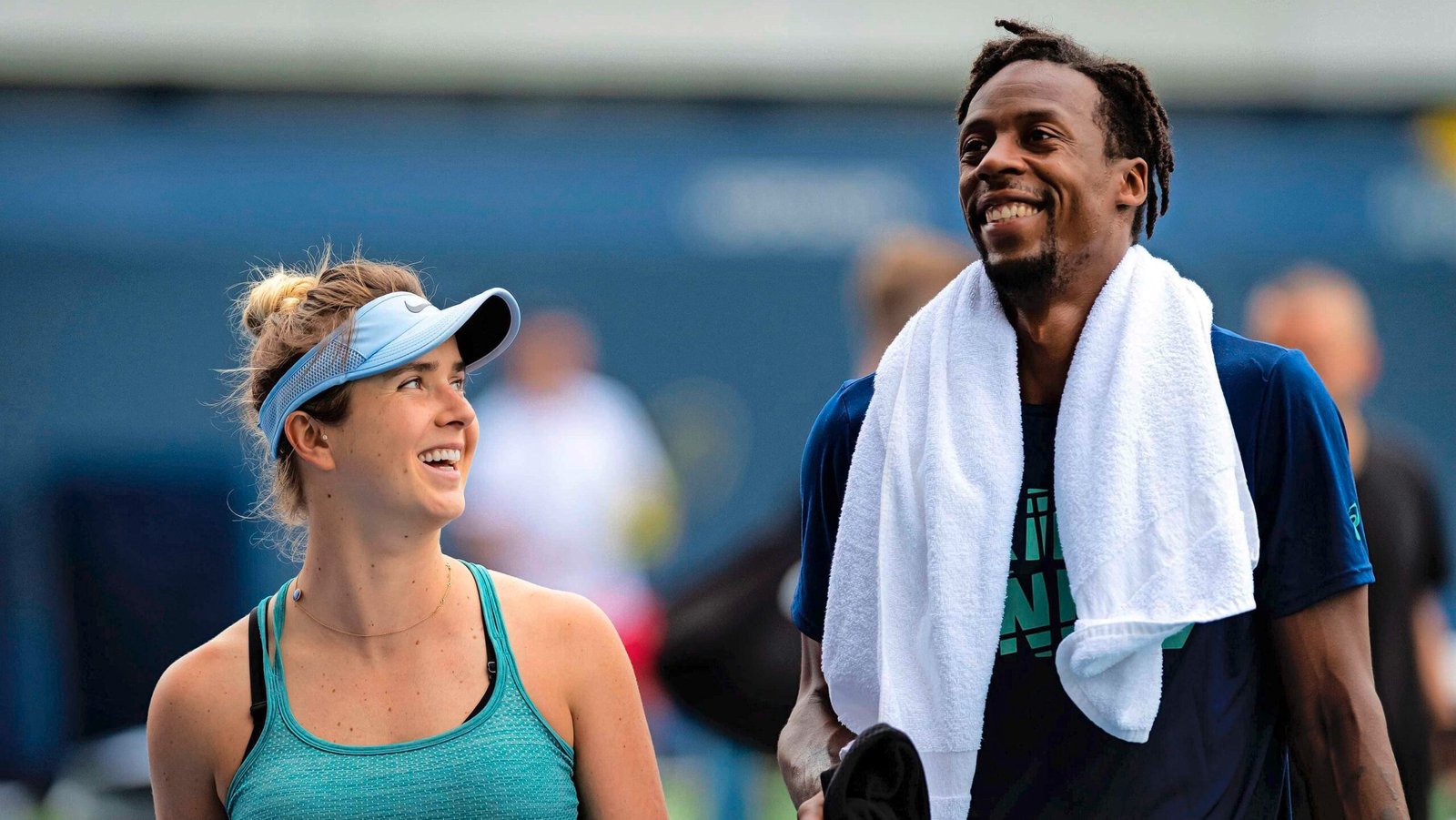 In October, Gael Monfils of France and Elina Svitolina of Ukraine are expecting their first child. On Sunday, May 15, Svitolina, 27, revealed that the couple is expecting a girl child in an Instagram post.

The current World No.27 posted an adorable photo on her social media account of Monfils, 35, giving her a warm hug from behind. The photo was captioned: “With a heart full of love and happiness, we are delighted to announce that we are expecting a baby girl in October.”

Svitolina and Monfils, dubbed the sports ‘power couple,’ got married last July in Geneva ahead of the Tokyo Olympics after first going public with their relationship in 2019.

Former world number three hadn’t played on the Tour since Heather Watson beat her at the Miami Open in March,

The tennis star from Odesa stated that she decided because she was “mentally drained” due to Russia’s invasion of Ukraine.

She also discussed the difficulties her family and the people of Ukraine have faced due to political tensions. As Aa result, she decided to take a break due to events in her home country.

Svitolina is one of the sport’s most vocal critics of the conflict.

She has previously been against the decision to bar Russian and Belarussian athletes from competing at Wimbledon, arguing that they should be allowed to compete if they denounce their home countries’ actions.

The couple has pulled out of the French Open. Photo: NU

It’s a happy day for Svitolina, who took a break from tennis at the end of March to address mental health issues. The former World No.3 has also withdrawn from the upcoming French Open, which begins in less than a week.

On the other hand, Svitolina’s husband, Gael Monfils, a French tennis star, has withdrawn his name from the upcoming French Open due to heel surgery.

Monfils began the year on a high note, winning his 11th ATP tour title and qualifying for the quarterfinals of the Australian Open at Melbourne Park, where Italy’s Matteo Berrettini defeated him.

However, the veteran has struggled recently, failing to advance past the Round of 16 in ATP Masters 1000 tournaments in Madrid, Miami, and Indian Wells.

Monfils stated that he wants to regain full fitness before returning to competitive tennis.

The 35-year-old, who reached the French Open semi-finals in 2008 and is currently ranked 22 in the world, is one of the most beautiful performers on the court and a big favourite on R