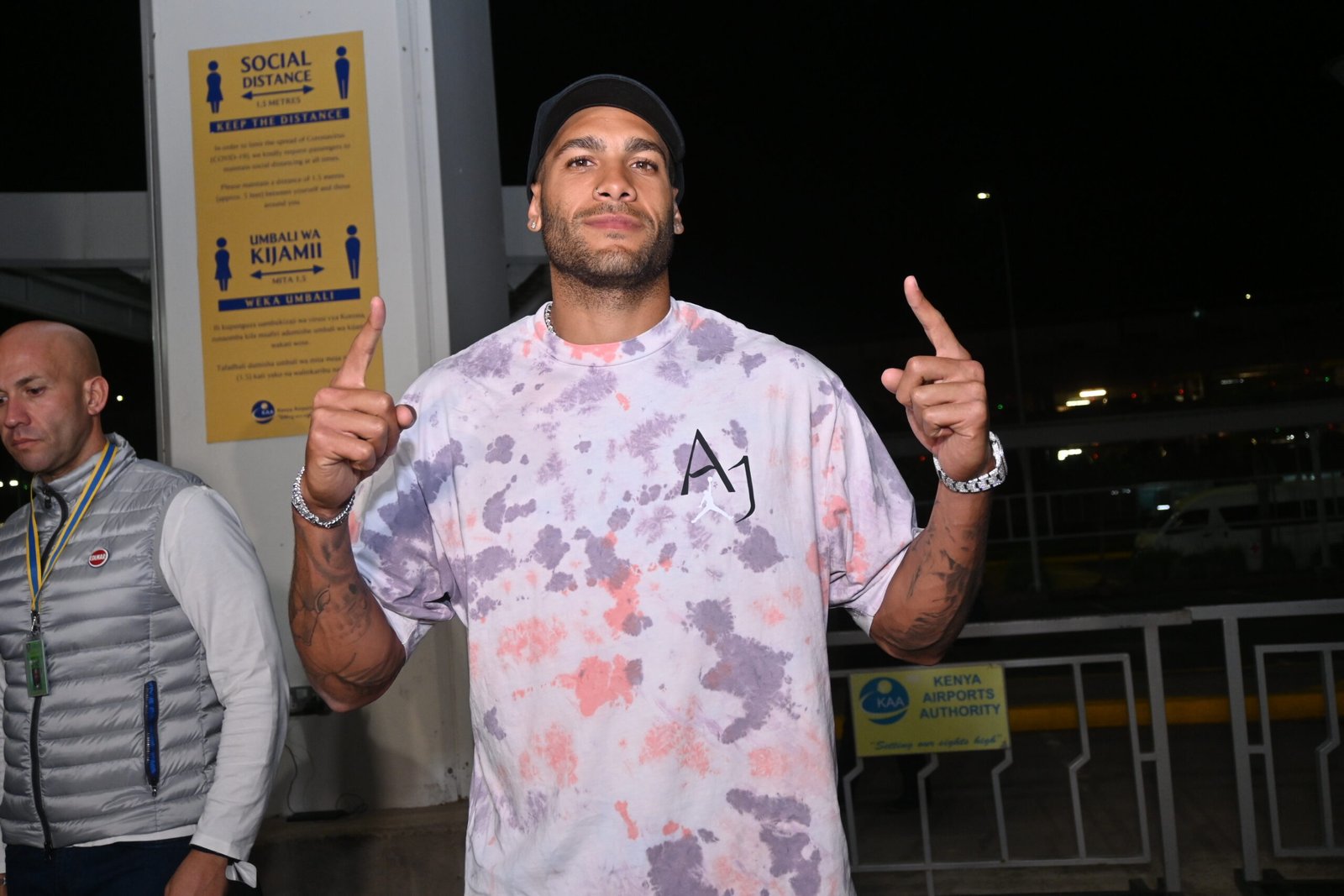 The two are among the top crème athletes who are scheduled to compete at the Continental Gold Tour meet, both coming in to Kenya for the very first time.

Fraser-Pryce, a three-time Olympic champion, and a nine-time world champion said she was swayed to start off her 100m outdoor season in Nairobi after seeing many sprinters set good times during last year’s Classic.

She also said that many Kenyan fans on her social media pages have been asking her to come to Nairobi and she obliged, saying she looks forward to a competitive and successful race.

“It feels good to be in Kenya. Last year the Jamaican team was here for the World U20 Championships and it was fantastic. So I am also looking forward to a fantastic race and of course enjoy the Kenyan experience,” Fraser-Pryce said after arriving in Nairobi. 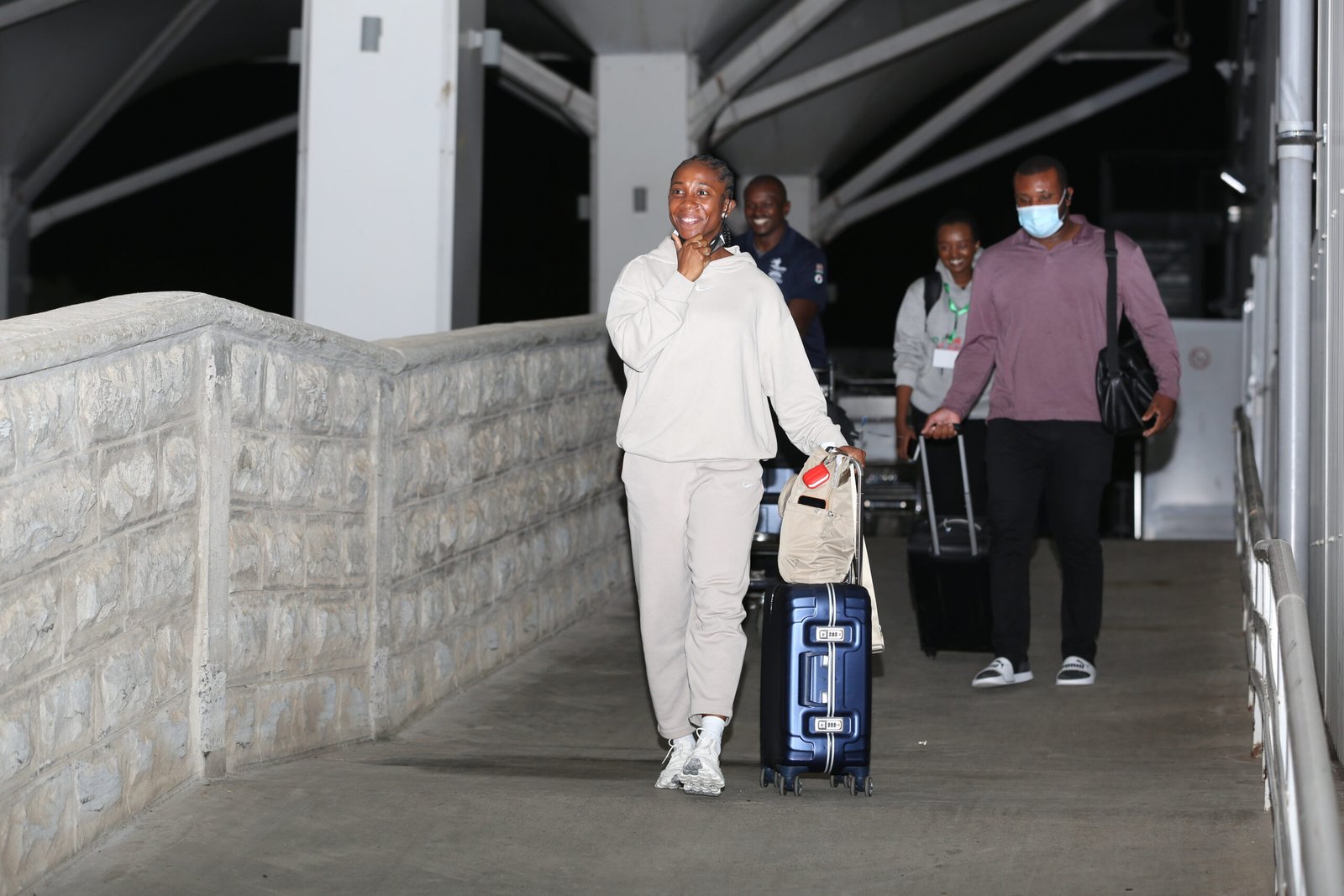 Shelly Anne Fraser Pryce walking down from the arrivals at JKIA

She added; “It definitely means a lot coming here especially because I have a lot of Kenyan fans on my Facebook page and they are always telling me to come here. As a Jamaican, we are known for sprinting and we definitely want to be in a country that embraces and supports us as athletes.”

Fraser-Pryce won silver at the Olympic Games in Tokyo in the 100m, and she hopes starting off the season in Kenya will be a perfect bounce as she builds up towards the World Championships where she will be out to add on to her medal count.

A showdown is expected with American Sha’Carri Richardson also confirmed for the race as well as the Namibian sprint duo of Beatrice Masilingi and Christine Mboma.

Mboma won silver in the 200m at the Olympic Games before coming to Nairobi where she won the World Junior 200m title. 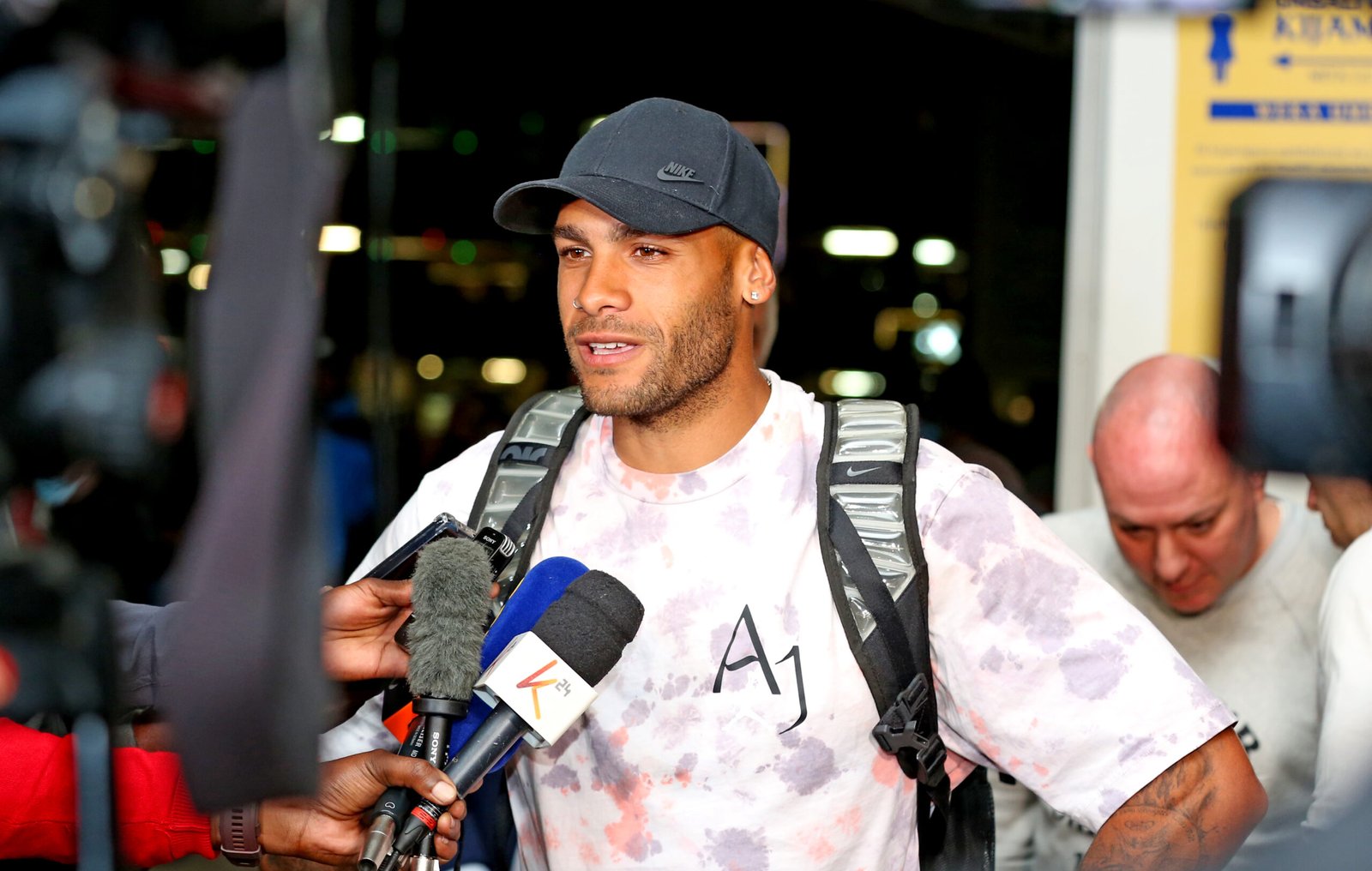 Meanwhile, Marcel Jacobs is looking forward for a duel against homeboy Omanyala, who he has faced once, during the France leg of the World Indoor Tour as well as American Fred Kerley who he beat to the Olympic title in Tokyo last year.

“Of course, it will be another re match (with Kerley) but we will have several this season. After this, we also have two more races together and I know it is going to be tough. But it is important for me to win this race,” said Jacobs.

Meanwhile, more international athletes are expected to arrive on Thursday and Friday.