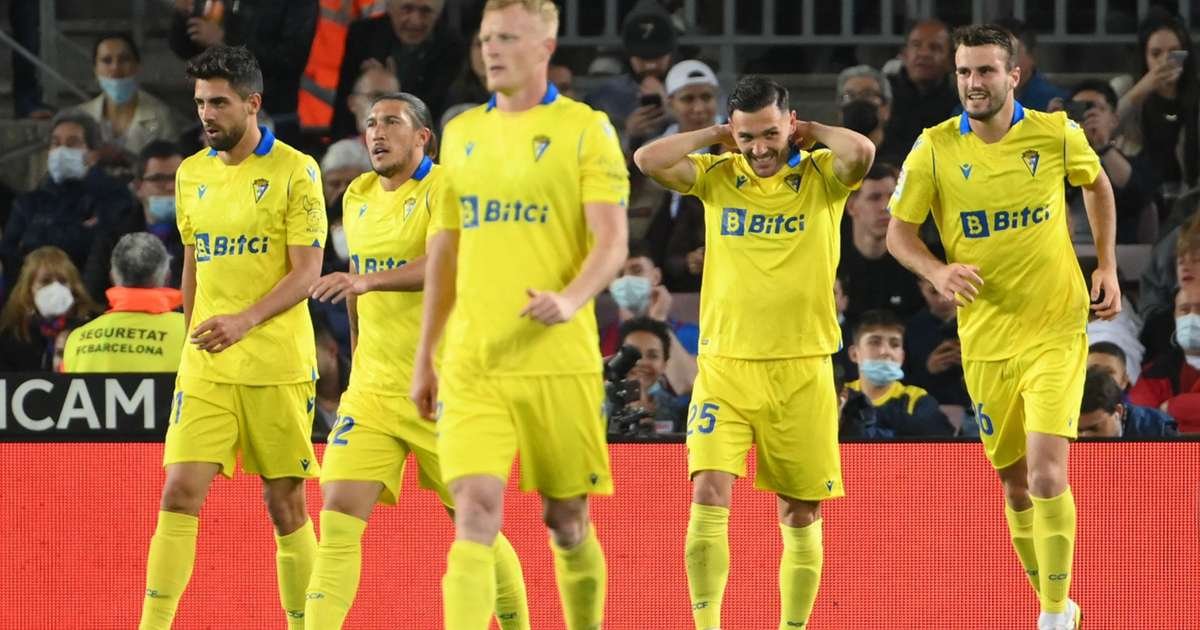 Barcelona lost at Camp Nou for the second time in four days as Lucas Perez struck to seal a surprise 1-0 victory for LaLiga strugglers Cadiz.

Perez missed the best chance of a dull first half when blazing wide from 12 yards out, but the former Arsenal forward atoned to prod home the game’s only goal after 47 minutes.

Jeremias Ledesma pulled off a string of fine saves to stem Barca’s comeback attempts, as Xavi saw his side’s 15-match unbeaten run in the league come to a shuddering halt.

Having crashed out of the Europa League to Eintracht Frankfurt on Thursday, Barca’s slim LaLiga title hopes are surely now over, and they sit only three points above fifth-placed Real Betis.

Despite a boycott from some fans creating a flat atmosphere at Camp Nou, Barca made a bright start – Ousmane Dembele and Ferran Torres forcing Ledesma into a double save.

Cadiz soon settled and missed the first glaring opportunity of the match after 27 minutes, Perez inexplicably side-footing wide with the goal gaping.

Dembele shot tamely at Ledesma at the other end and Perez made Barca pay after the restart, making no mistake as he nudged in from close range after Marc-Andre ter Stegen had made a fine save.

Ledesma denied Luuk de Jong and turned away Eric Garcia’s strike before making his best save of the match, reacting brilliantly to parry Pierre-Emerick Aubameyang’s volley as Barca fell to a demoralising defeat.

Xavi’s team came into this match on the back of seven consecutive wins in LaLiga and could have won eight successive league matches for the first time since January 2019, under Ernesto Valverde.

However, relegation-threatened Cadiz – who are now out of the bottom three – punished their hosts, claiming their first-ever win at Camp Nou in LaLiga.

Though this was Cadiz’s first LaLiga win away at Barca, the Andalusian side has not lost any of their last four top-flight matches against the Blaugrana.

Meanwhile, Perez has scored four league goals against Barca for Cadiz, only scoring more against Valencia (six). Three of these strikes have come at Camp Nou.

Barca was unbeaten in the three previous games in which Eric Garcia had partnered Clement Lenglet, but the pair were unable to thwart Perez.

Barca are back in action when they travel to Real Sociedad in La Liga on Thursday, while Cadiz host Athletic Bilbao earlier that day.