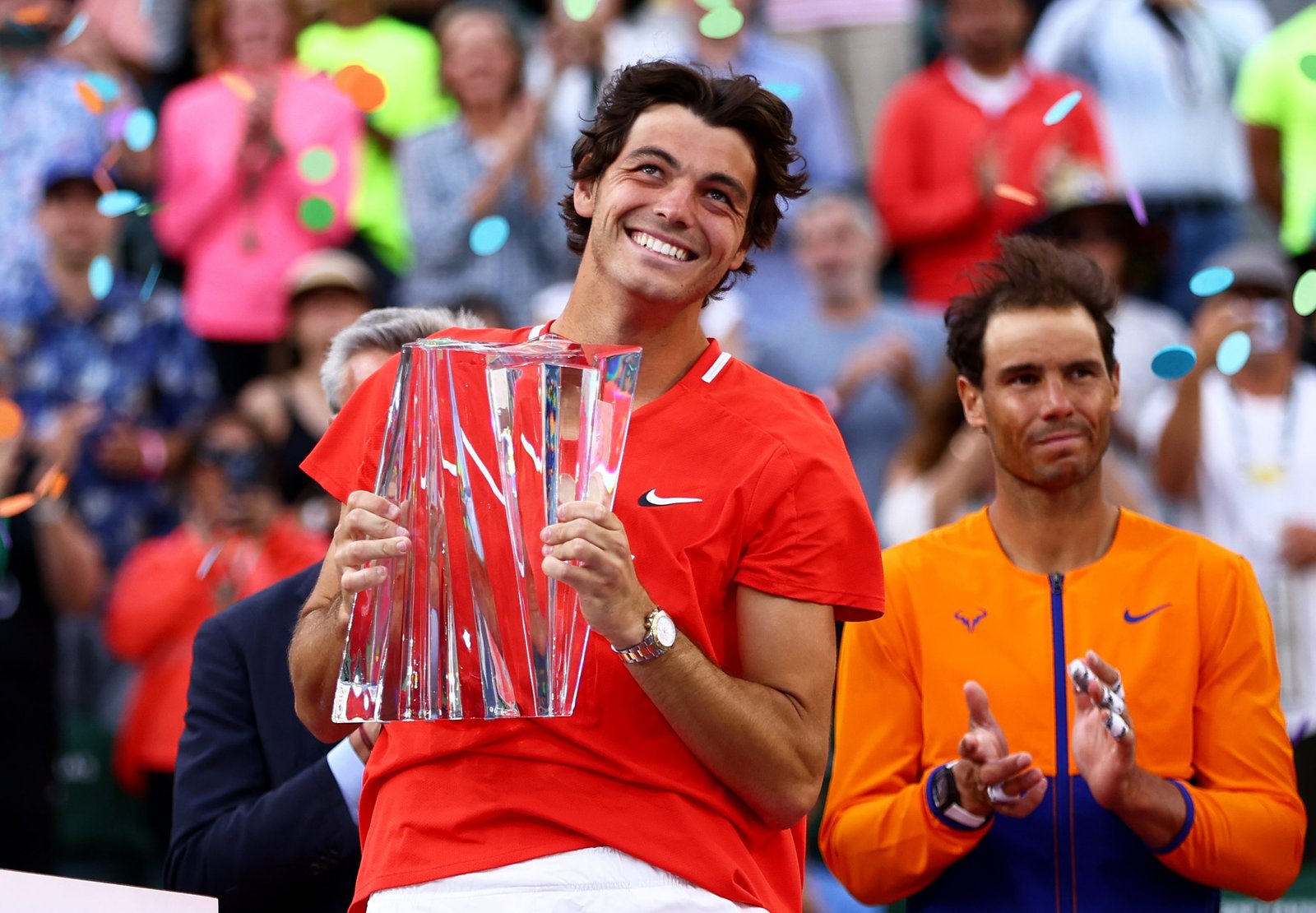 Eventually, Fritz, and Swiatek scooped the big victory in yet another dramatic twist in his history.

Here is all about each final match.

When Rafael Nadal lost in the final of Indian Wells to Taylor Fritz in straight sets, it was his first loss of the year.

In the first set, Nadal looked off his game and fell behind 4-0 before retiring to the dressing room for treatment.

He returned to action and appeared more at ease, but he was unable to overcome a resolute Fritz, who prevailed 6-3, 7-6. (7-5).

Fritz, 24, says playing such a game against Nadal is a childhood come true. 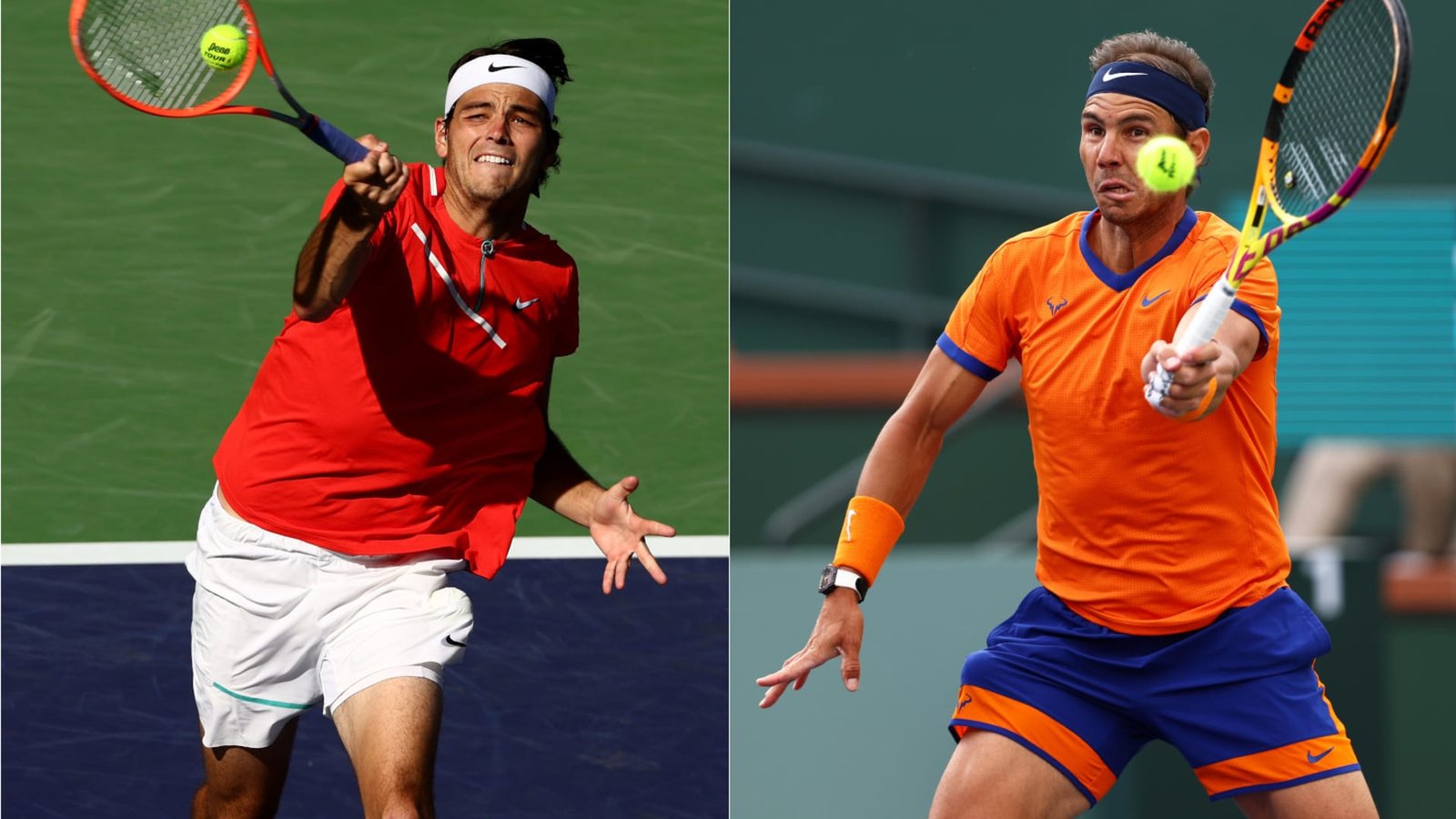 At 5-5 in the second set, Fritz saved two break points before winning the tiebreak and his first Masters 1000 title.

There was skepticism about his showing up at the Indian Wells finals due to an ankle injury he picked in the semi-final while playing against Andrey Rublev.

However, he pulled a surprise on everyone despite feeling so much pain before the match started.

“I can’t even begin to describe how ridiculous it is to play, how I could play today, I’ve never experienced worst pain like I did before the match,” he tells BBC.

“I took a couple of steps and screamed. I was trying to act tough and we did a lot of work leading up to the match.

“I went through a rollercoaster of emotion and all of a sudden being really happy thinking maybe I can play, but it didn’t affect me at all.”

In the first set, Nadal was down 2-5 when he called for the physiotherapist and doctor to come on court at the next changeover.

After trading break points with Fritz, the world No. 20 took a 6-3 lead and Nadal departed the court for treatment.

On Saturday, during his three-hour three-set semi-final against Carlos Alcaraz due to a pectoral injury, the 21-time Major champion requested for help from his trainer.

And he appeared to be affected by the same issue during the first set when playing Fritz.

He says that he did his best in the last two weeks although he did not win the tournament.

He enjoyed every minute he played at Indian Wells after years of being absent.

It was another amazing performance from Iga Swiatek, as she won 6-4 6-1 over Maria Sakkari in the finals of the BNP Paribas Open.

Swiatek is the first Polish woman to win the Indian Wells tournament. She will ascend to No. 2 in the WTA rankings as a result of her stellar start in 2022.

Another windy day in California’s desert contributed to an uneven encounter filled with nine breaks of service. 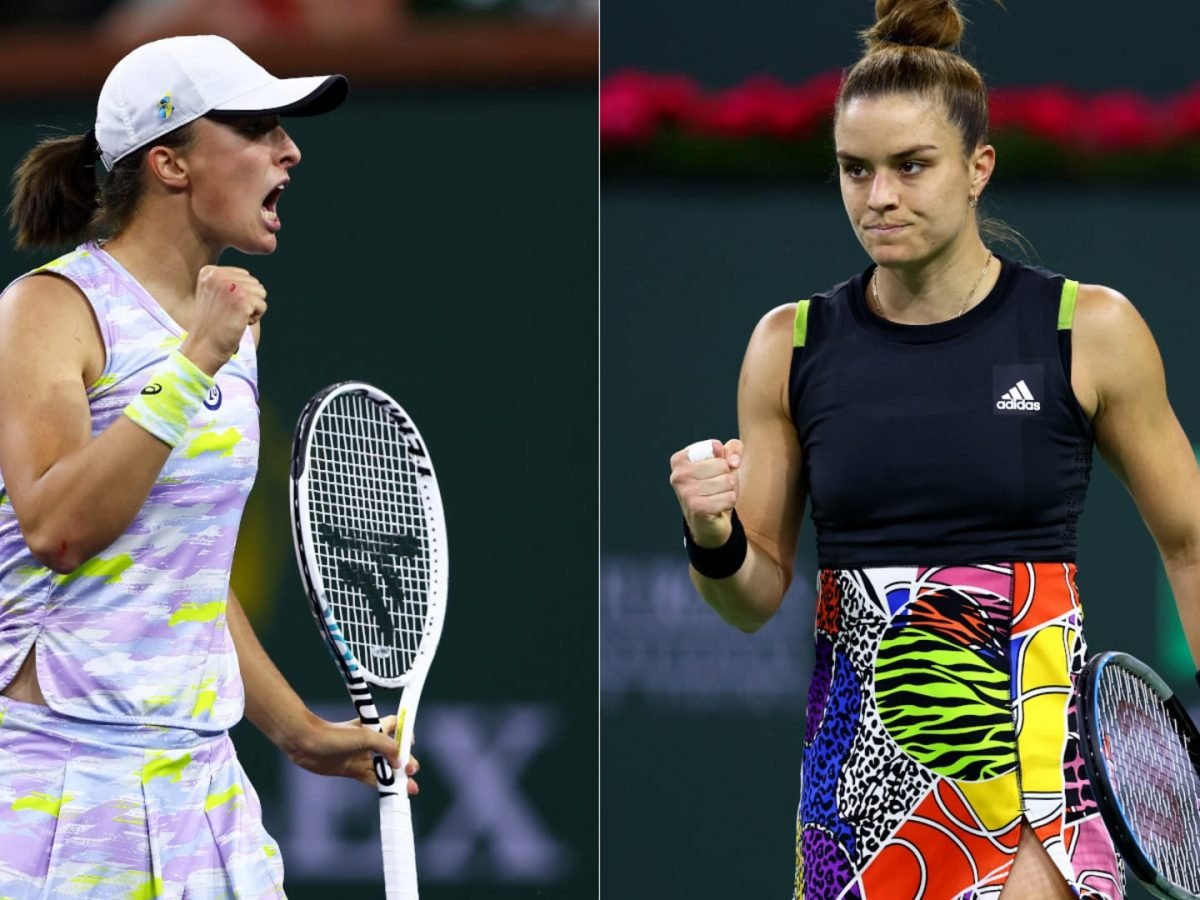 With two breaks in a lopsided second set, Swiatek clinched her second straight WTA 1000 title with a thunderous forehand winner at the age of 20.

“It’s pretty crazy because I wasn’t expecting to be in that place (final) especially after playing so well in the previous tournament. I didn’t know it was possible for me to play that well for that long,” she said after the victory.

She added that she tried hard to play such a great match under the circumstances. She had to be tactical, and it paid off handsomely.

For now, the Polish says her biggest challenge is maintaining her ranking, and great playing skills.

A win on Sunday extended Swiatek’s current WTA winning streak to 11 after she had lost her first three matches with the Greek.

After defeating defending champion Paula Badosa, Sakkari reached the final but was unable to overcome the wind and a focused Swiatek.

When Sakkari and Swiatek first met in 2021, Swiatek lost all three of her matches.

During her WTA 1000 title runs in Doha and Indian Wells this season, the Pole has won their past two meetings, and she is establishing new personal records every week.

The win was Swiatek’s 11th straight on the WTA Tour, making her the first woman to win 20 matches this season.