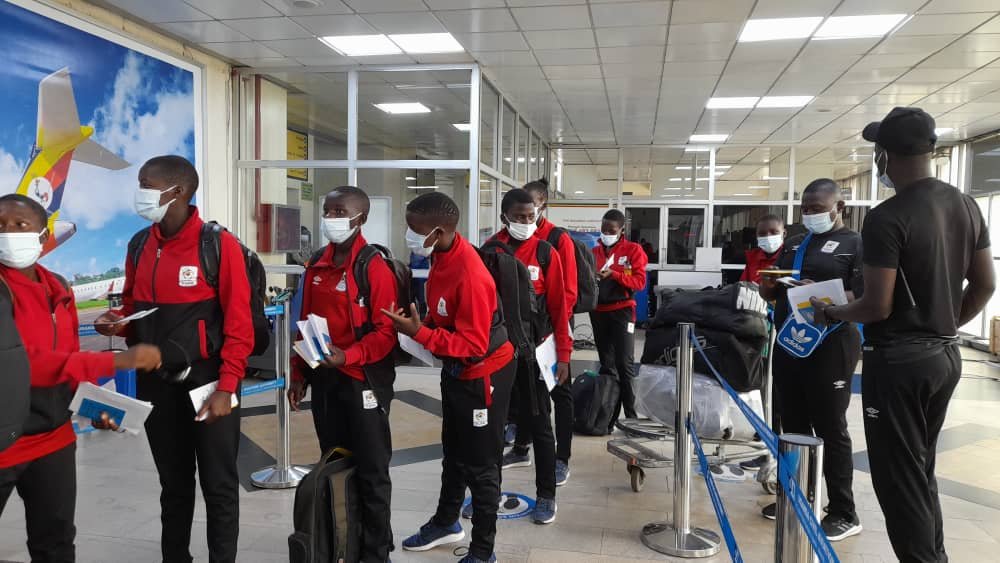 Uganda U17 Women’s National Football Team left the country on Friday afternoon to Ethiopia’s Capital Adis Ababa ahead of the return leg in the FIFA U17 Women’s World Cup Qualifiers on Sunday.

A team comprised of 20 players departed Entebbe International Airport on Friday afternoon confident and hoping for a positive result away. The first leg game between Uganda U-17 and Ethiopia ended 2-2 at the St. Mary’s stadium in Kitende. The two sides meet again on Sunday in Ethiopia. photo credit/ John Batanudde

Coach Ayub Khalifa Kiyingi believes there have been changes between the first leg two weeks ago and now with emphasis put on being efficient in front of goal.

“It was unfortunate that we conceded two late goals in the first leg but that is what we have worked on since that game. There has also been an emphasis on effectiveness when we get the scoring chances. Despite, playing away, I have the belief that this group is capable of getting a good result and we advance to the next level.” He said. 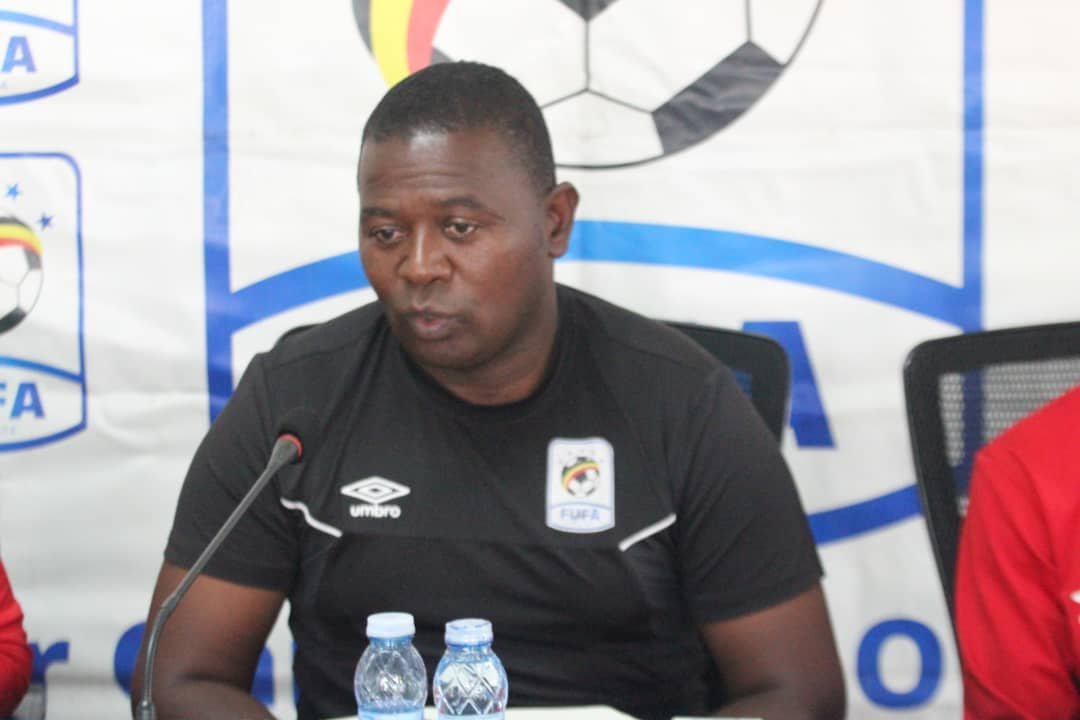 Coach Ayub Khalifan Kiyingi of the Uganda Women U-17 is set for the task ahead of him in Ethiopia. photo credit/ Kawowo sports

Defender Faridah Namirimu who missed the first leg because her passport wasn’t processed in time is now available and has travelled with the team.

The winner on aggregate between Uganda and Ethiopia will take on South Africa at the next stage.

It should be noted that this is the second time that Uganda is taking part in the Qualifiers of this category.

The first appearance came in 2019 when Uganda was on the verge of making it to the World Cup but the tournament was cancelled due to the outbreak of COVID-19.

Uganda had eliminated Ethiopia and Tanzania and had been pitted against Cameroon in the final qualifying round. 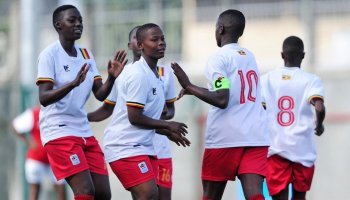 The Uganda Women U-17 side celebrates a goal in one of their previous matches. photo credit/FUFA Media

Forwards: Catherine Nagadya, Brenda Munyana, Shamusa Najjuma, Sumaya Nalumu, Kamiyat Naigaga
In the first leg, Uganda squandered a two-goal lead to draw with Ethiopia in the first leg of the first round of the 2022 FIFA U17 World Cup Qualifiers at St Mary’s Stadium, Kitende.

After going two goals down in the second half, the visiting Ethiopian team fought back strongly to pick an important draw at the St. Marys Stadium, Kitende.

It was the Ethiopian team that dominated play in the first half with skipper Meseret Mamo Wolde and Emush Daniel Dandamo coming close to scoring but found Uganda’s goalkeeper Sharon Kaidu up to the task.

After the interval, Uganda stepped up their game and attacked in numbers. Striker Hadijah Nandago made it 1-0 after 68 minutes with a well taken shot that Ethiopia’s goalkeeper Abeba Ajibo Afa failed to stop.

The Ethiopian team tried to settle down before Emush Daniel Dandamo’s shot missed the target for Ethiopia. But after 72 minutes Nandago capitalized on a mistake by Ethiopia’s goalkeeper and made it 2-0.

Ethiopia’s head coach Endalkachew Chaka continued to motivate his players as they pushed forward to find goals. After 77 minutes Emush Daniel Dandamo pulled one goal back for Ethiopia with a long shot that beat Uganda’s goalkeeper Sharon Kaidu.

At the stroke of full-time substitute, Semira Kedir Ahmed netted the second goal for Ethiopia. Uganda’s goalkeeper failed to punch away a long ball by Ahmed that passed through her hands.

“I am very happy that my team fought back after going two goals down. Now we must work hard ahead of the return leg in Addis Ababa,” said a happy Ethiopian coach Endalkachew Chaka after the match in the first leg.