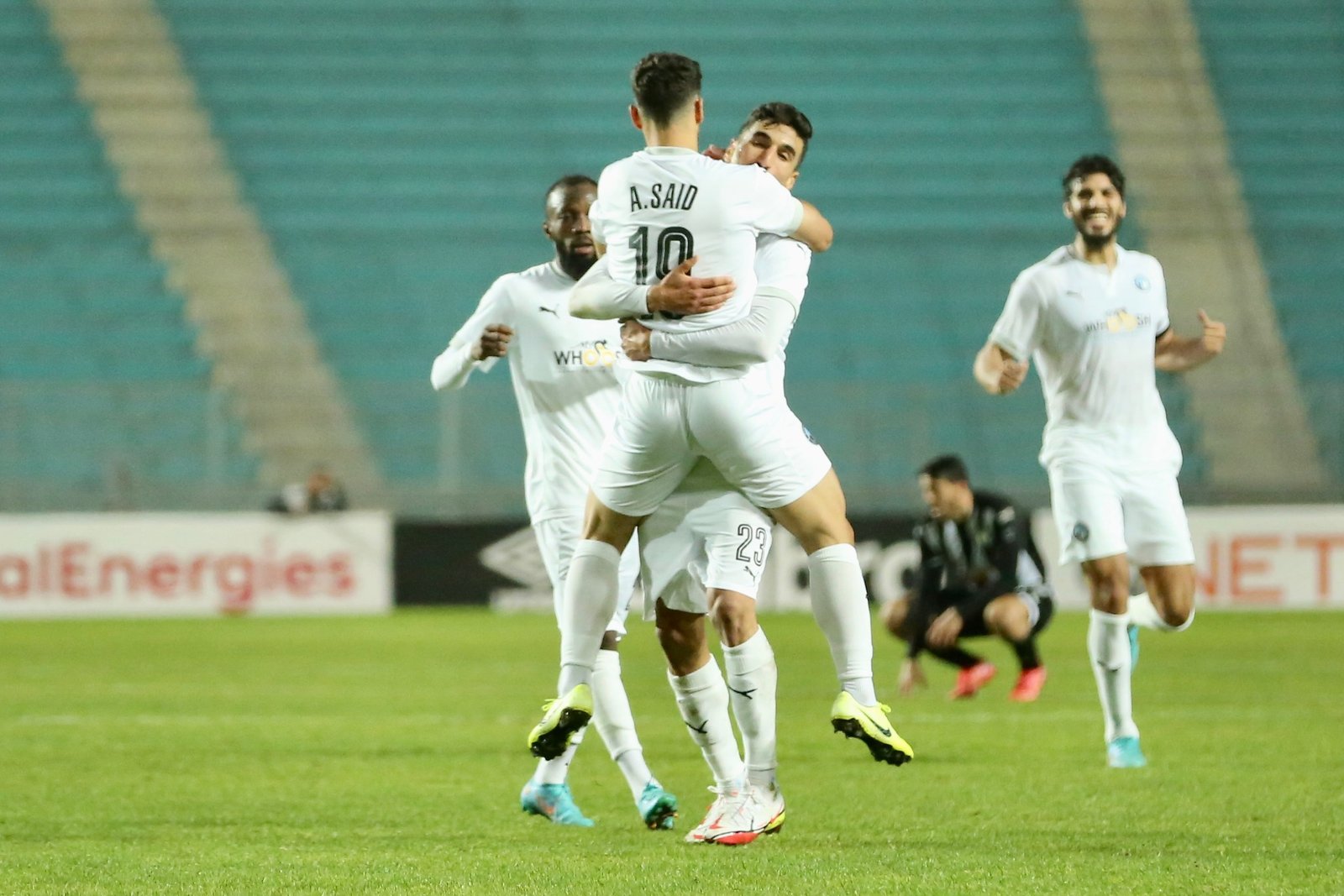 Pyramids FC of Egypt became the first team to book a quarter final ticket in the 2021-22 CAF Confederation Cup after picking a point in a 1-1 draw against CS Sfaxien in Tunis.

The point takes the 2019-20 finalists to 10 points, six ahead of third placed Sfaxien with two matches to go. Pyramids have qualification guaranteed as they edge out Sfaxien on head to head record.

Sfaxien, who eliminated Kenyan champions Tusker FC in the play-off round, meanwhile still harbor hopes of progressing out of the group stages for the first time since they won the title in 2013 as they have a chance of finishing second. They are on four points and will battle for that lone slot with Libya’s Al Ahly Tripoli who are on nine points currently.

Against Pyramids in Tunis on Sunday night, Firas Chaouat grabbed a point for the home side after Walid El Karti had struck Pyramids ahead a minute to halftime.

The Egyptian side started off on a high and had a glorious opportunity 18 minutes in when Ramadhan Sobhi’s superb pass found the run of Ahmed Fathy at the backpost but the veteran defender could not hit the ball on target. 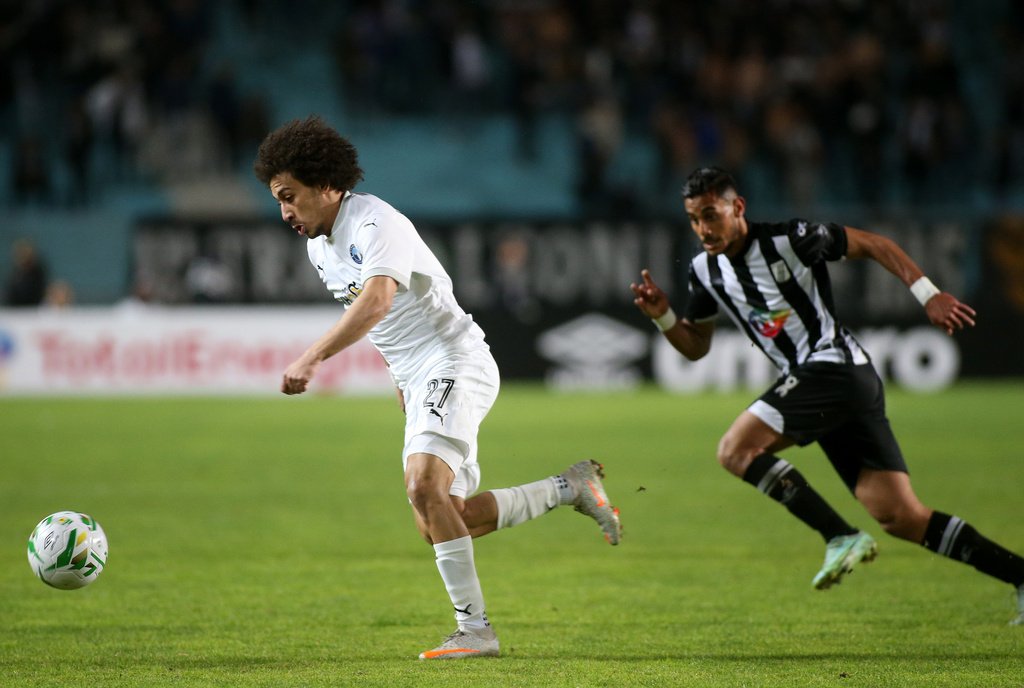 Action between Pyramids and Sfaxien

Pyramids continued pushing and finally got their goal in the 44th minute when El Karti struck a well weighted shot from the edge of the box.

The home side came alive in the second half and eight minutes in had the equalizer, Chaouat glancing home a header after being picked out by a pin point cross from Mahmoud Ghorbel.

The goal put Sfaxien alive and they pushed hard, but twice, were almost caught out on the counter. The closest was in the 84th minute when Pyramids substitute Mahmoud Wadi cut back the ball for Fakhreddine Ben Youssef, but his shot was deflected wide for a corner.

None of the two sides could add on to the tally as they shared spoils, leaving everything to play for in the final two matches.

Elsewhere, Zambian side Zanaco have been boxed out of possible qualification after losing 3-2 to Al Ahli Tripoli of Libya. Muetaz Al Mehdi scored the winning goal in the second minute of added time Tripoli raised their own hopes with maximum points.

The victory for the Libyans took them to nine points after clinching a third successive win, completing a home and away clean sweep of the Zambian side. 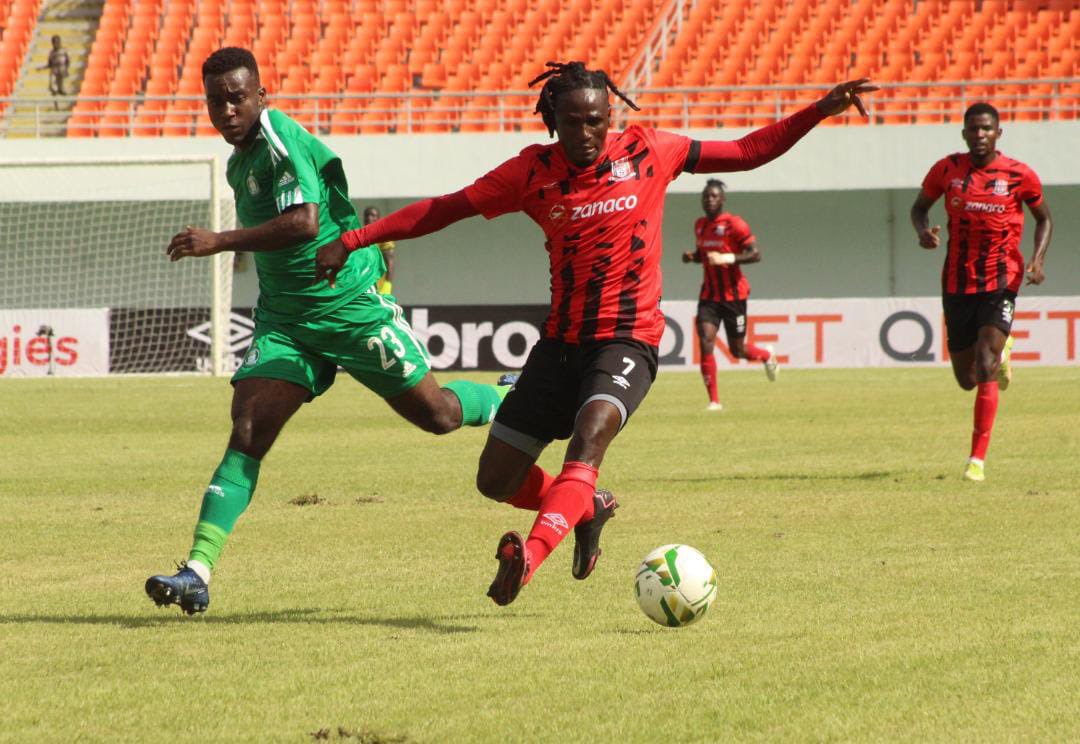 Action between Zanaco and Ahli Tripoli

The Libyans were keen to ensure they picked victory away from home and were into the lead in the 13th minute from the penalty spot, scored by Mohammed El Fakih.

But, Zanaco keen to get at least a win in the group phase fought to get back into the game and they equalized in the 35th minute through Abraham Siankombo.

The game blew into full competitive mode in the second half as each side went full throttle to seek a win. Zanaco conceded a second penalty in the 63rd minute and Tripoli made no mistake once again, El Fakih stepping up for his second of the evening.

But Zanaco kept fighting and eight minutes from time when Moses Phiri turned from provider to scorer, drawing his side level.

While Zanaco thought they had guarded a point home, they were stunned two minutes into added time when Al Mehdi scored the winner.