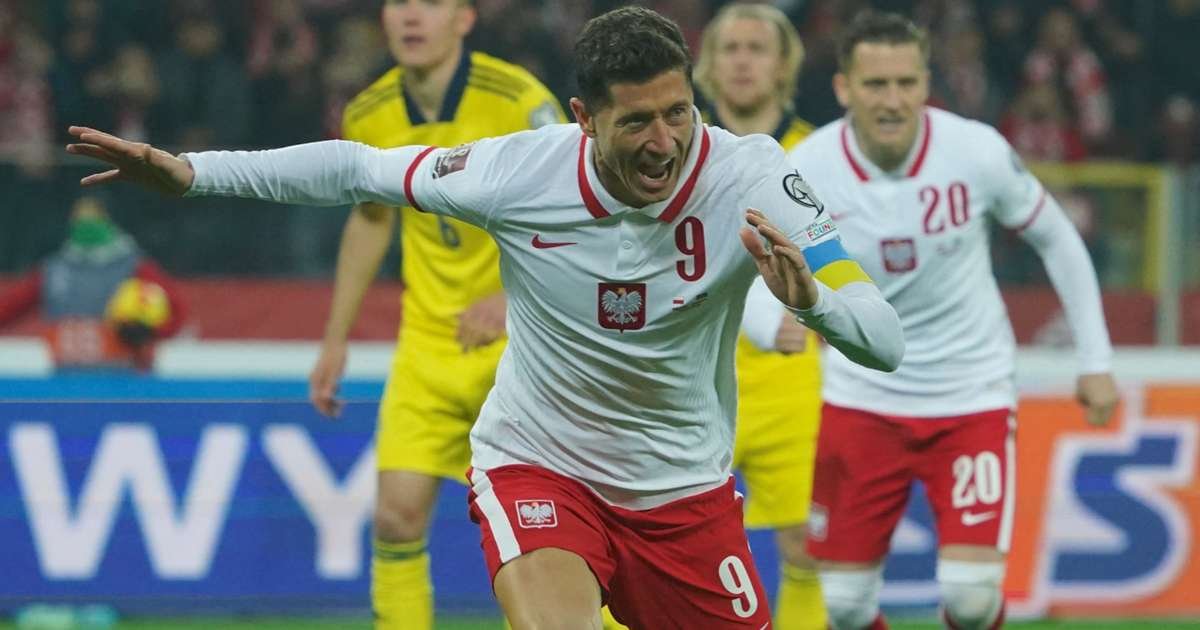 Robert Lewandowski and Piotr Zielinski ensured Poland get to a 2-0 playoff victory over Sweden, sealing World Cup qualification in the process.

Bayern Munich forward Robert Lewandowski beat Robin Olsen from the penalty spot before Zielinksi produced a composed finish to secure the hosts’ spot in Qatar as Zlatan Ibrahimovic’s hopes of appearing at what would surely have been a final World Cup were dashed.

Poland managed only one attempt on target during a tame first-half performance but needed just four minutes to hit the front after the break, Lewandowski rolling home from 12 yards after Jesper Karlstrom clumsily felled Grzegorz Krychowiak.

Szczesny made a stunning close-range save to again deny Forsberg, but Zielinski wrapped up the win when he robbed Marcus Danielson and slotted in after 72 minutes, sparking wild scenes of celebration in Chorzow.

Ibrahimovic came on with 11 minutes remaining but only had three touches as Sweden missed out on a World Cup for the third time out of the last four tournaments.

The result almost surely means that Swedish legend Zlatan Ibrahimovic will not play at a World Cup ever again. Ibrahimovic will retire from international football as Sweden’s all-time top scorer, having scored 62 goals in 120 games for his country.