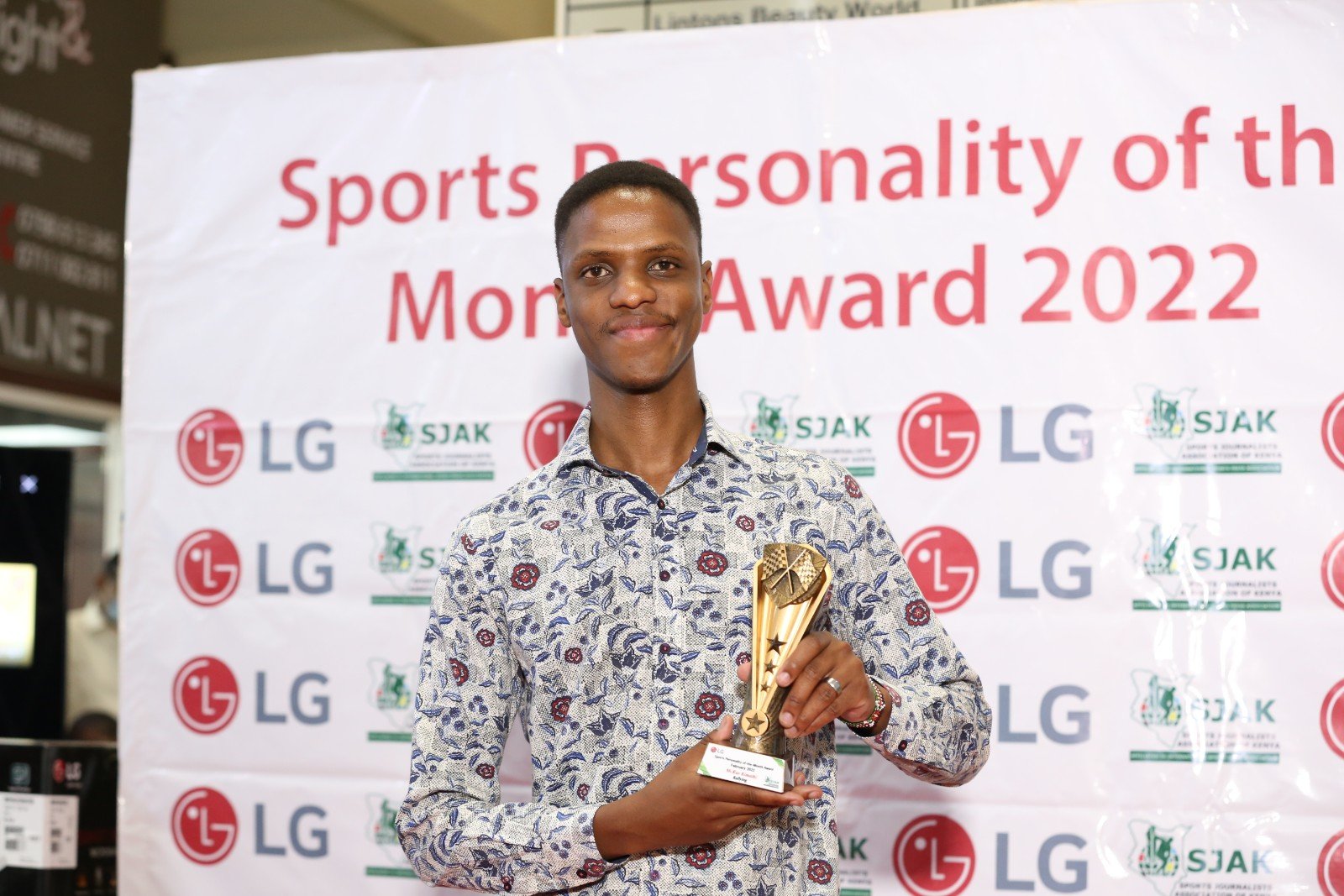 Emerging rallying ace McRae Kimathi and tennis teen sensation Angela Okutoyi have been awarded as the LG/Sports Journalists Association of Kenya (SJAK) sports personalities of the month for February and January respectively.

This is after the duo performed superbly overseas, putting the country’s flag on the world map.

In January, Okutoyi’s name dominated headlines after becoming the first ever Kenyan woman to play at the Australian Open when she reached the third round of the Junior Championship in Melbourne.

The Kenyan teenager lost to Serbian Lola Radivojevic 6-2 , 6-3 in the third round of her debut in the Grand Slam.

“January was such a good month for Kenyan Tennis and myself after I won a match at the Australian Grand Slam. We have come from far and I am proud to have lifted the Kenyan flag on high,” said Okutoyi who spoke through a recorded video from Morocco where she is currently taking part in various tournaments as she prepares for the Roland Garros in May.

Others who were nominated alongside her included Daniel Simiyu, who won the Valencia 10k, Shujaa’s Vincent Onyala and middle-distance runner Norah Jeruto.

Meanwhile, McRae, who is the son of revered Kenyan Rally Driver and current Kenya Motorsports Federation (KMSF) chairperson Phineas Kimathi won the February award after becoming the first ever Kenya to finish a rally on snow on WRC Sweden.

He finished the WRC3 category in third place and fourth in the Junior WRC category. 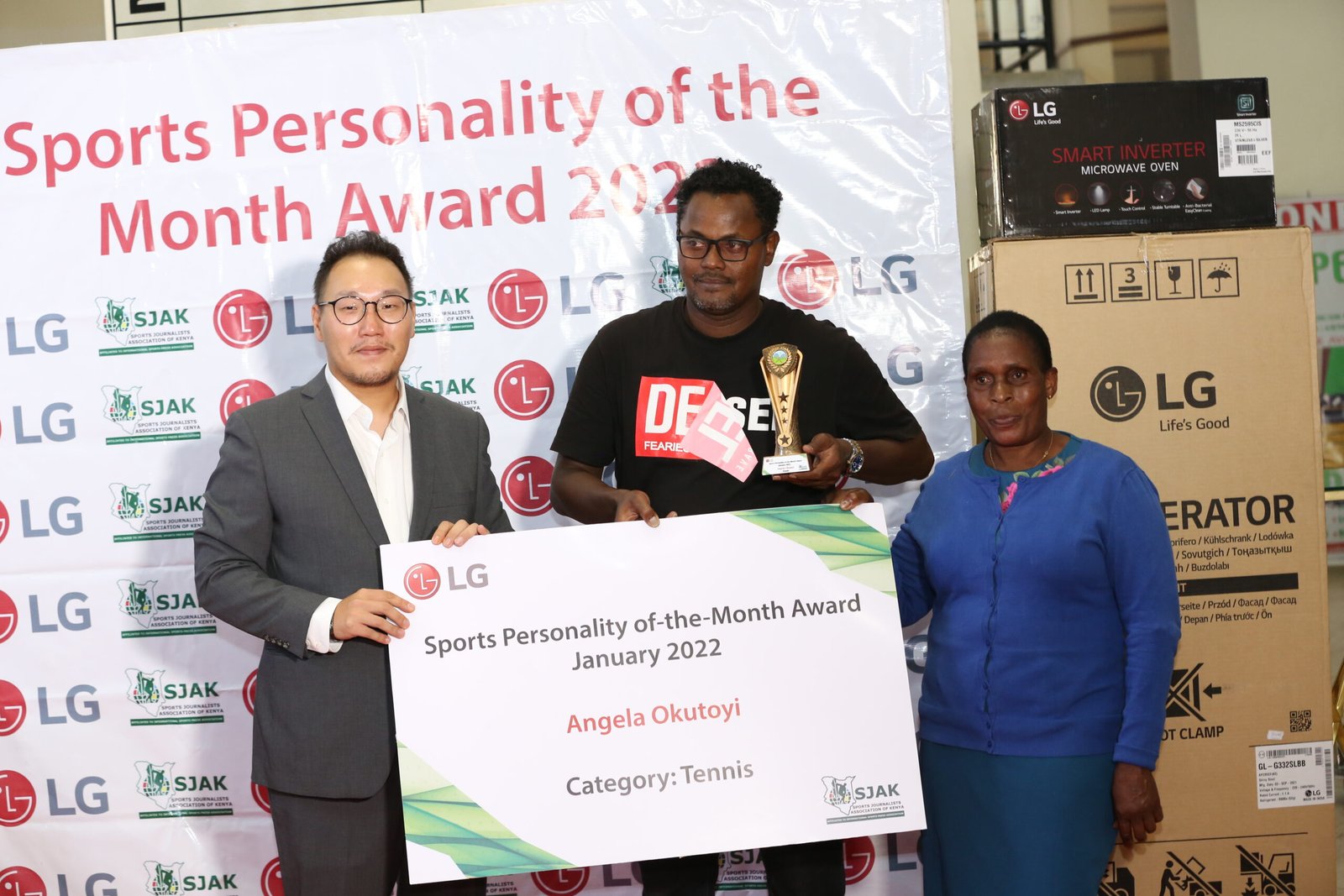 To clinch the award, McRae beat sprinter and 100m African record holder Ferdinand Omanyala, who broke the men’s 60m dash national record, Milton Ilakhuya who was the top points scorer for Kenya at the wheelchair basketball World Cup qualifiers where they won the Africa bronze.

Another nominee was Lavender Zawadi who was Kenya’s best performer at the Catchball World Championship qualifiers in Israel where Kenya qualified for Portugal in June.

Hellen Obiri was also a nominee for the month of February for finishing second in the RAK Half Marathon in a fifth fastest time of 64:22 and Collins Kipruto for his 1500m win at Muller and 800m at the Meeting de l’Eure in Val-de-Reuil in France.

“The award goes a long way in motivating young and upcoming sports personalities realise their potential in sport. It also fuels one’s passion to give more to the sport.”

“I now feel motivated ahead of my busy calendar starting with Croatia Rally where I will compete in the Junior WRC, Pearl of Uganda, ARC Equator Rally and round up with the WRC Safari Rally,” MacRae, who was flanked by his dad Phineas, a retired Rally driver said. 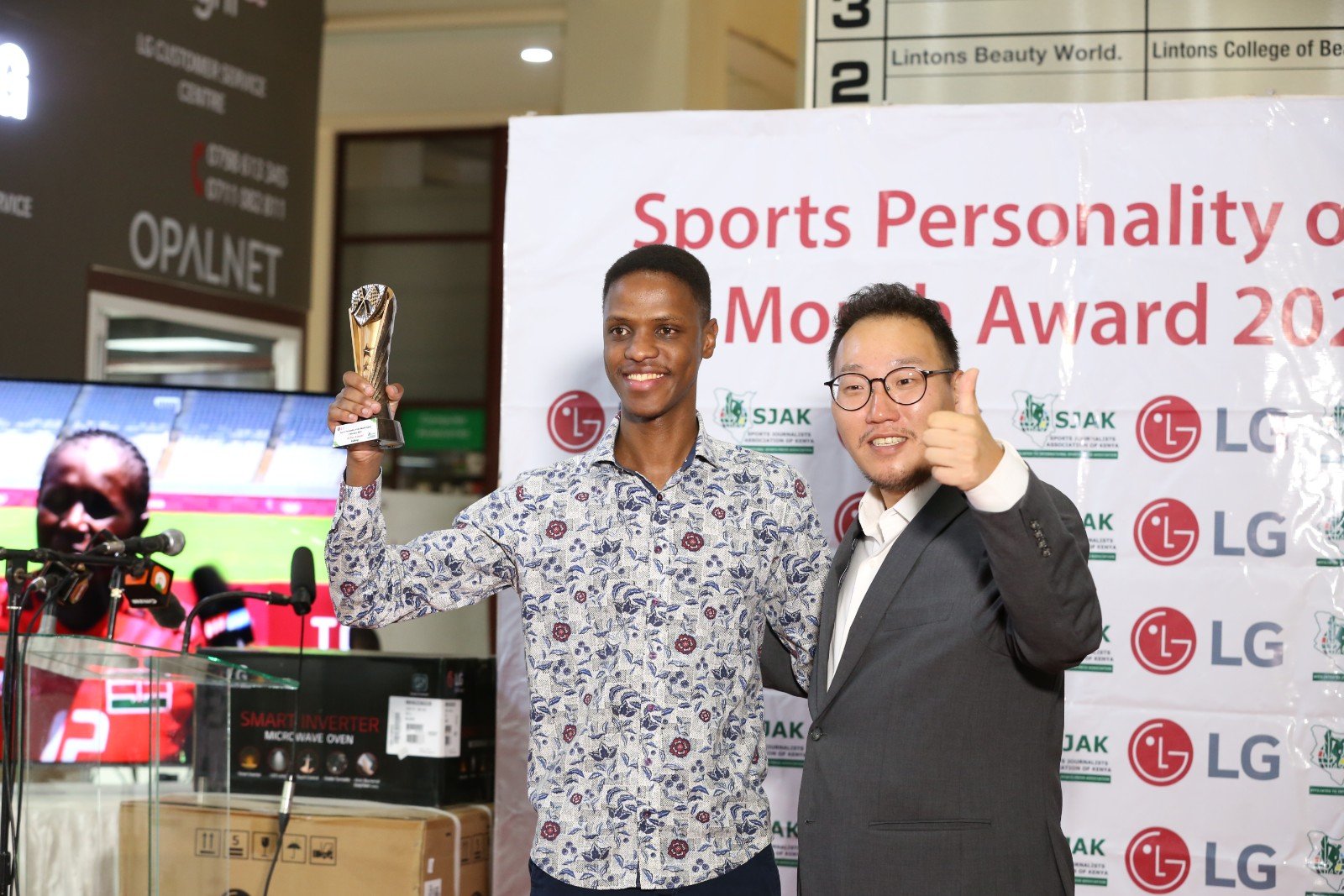 Speaking while awarding the winners, LG Marketing Director, Changhyun Kim, said the partnership between the company and the Sports Journalists Association has over the years boosted players’ morale and maintain interest in sports across the country.

“We are grateful to have had the opportunity to support SJAK and top tier sports personalities over the last seven years. Within this period, we managed to reward many of the said personalities and empower them in their journey to the top,” the LG boss said.

“This year, we think it is wise that we expand this support to sports enthusiasts in our communities and institutions of learning as a way to support and inspire upcoming sports giants across diverse disciplines. We are investing at least Ksh.6.6 million and banking on your support to achieve this at least every quarter,” Kim announced.