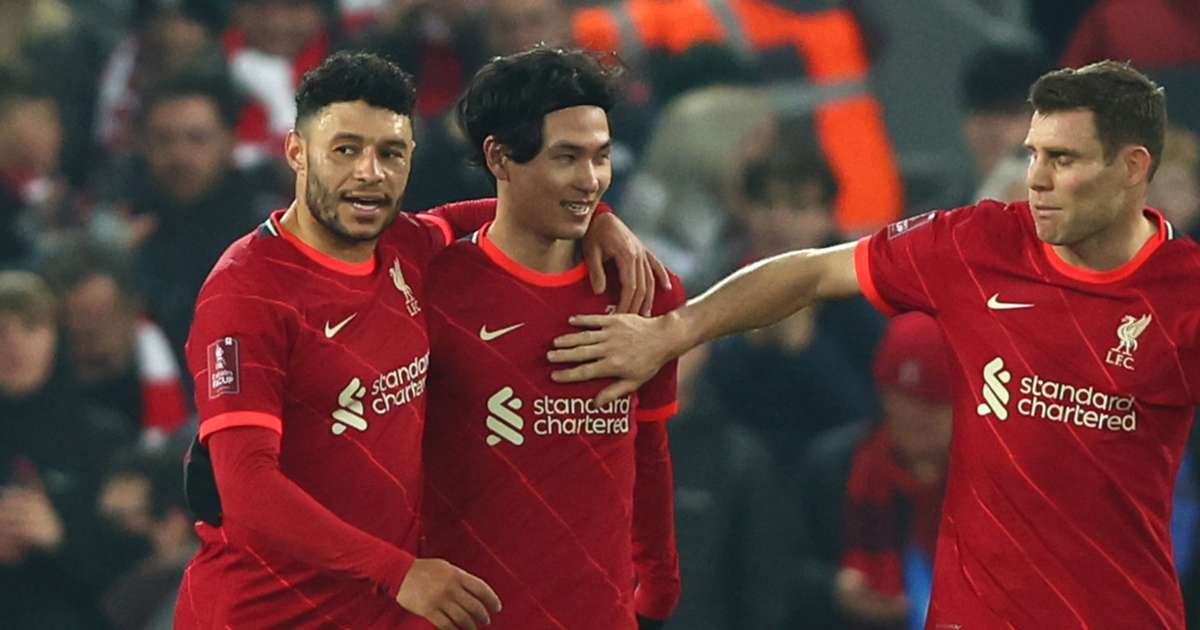 Liverpool reached the FA Cup quarter-finals for the first time under manager Jurgen Klopp after Takumi Minamino scored a brace in a 2-1 victory over Norwich City at Anfield.

Minamino scored his second and third FA Cup goals of the season to give Liverpool a 2-0 half-time lead without influential trio Mohamed Salah, Fabinho or Virgil Van Dijk.

Lukas Rupp pulled a goal back after 76 minutes but Norwich failed to deny the Reds a fourth win over the Canaries this season, having already beaten them twice in the Premier League and once in the EFL Cup.

Norwich boss Dean Smith can now devote his full attention to trying to keep the club in the Premier League, while Klopp pursues silverware on three fronts having already won the EFL Cup last Sunday.

The opening goal came after 27 minutes when Divock Origi controlled Konstantinos Tsimikas’ cross and deftly squared to Minamino, who lashed the ball past a helpless Tim Krul from just outside the six-yard box. 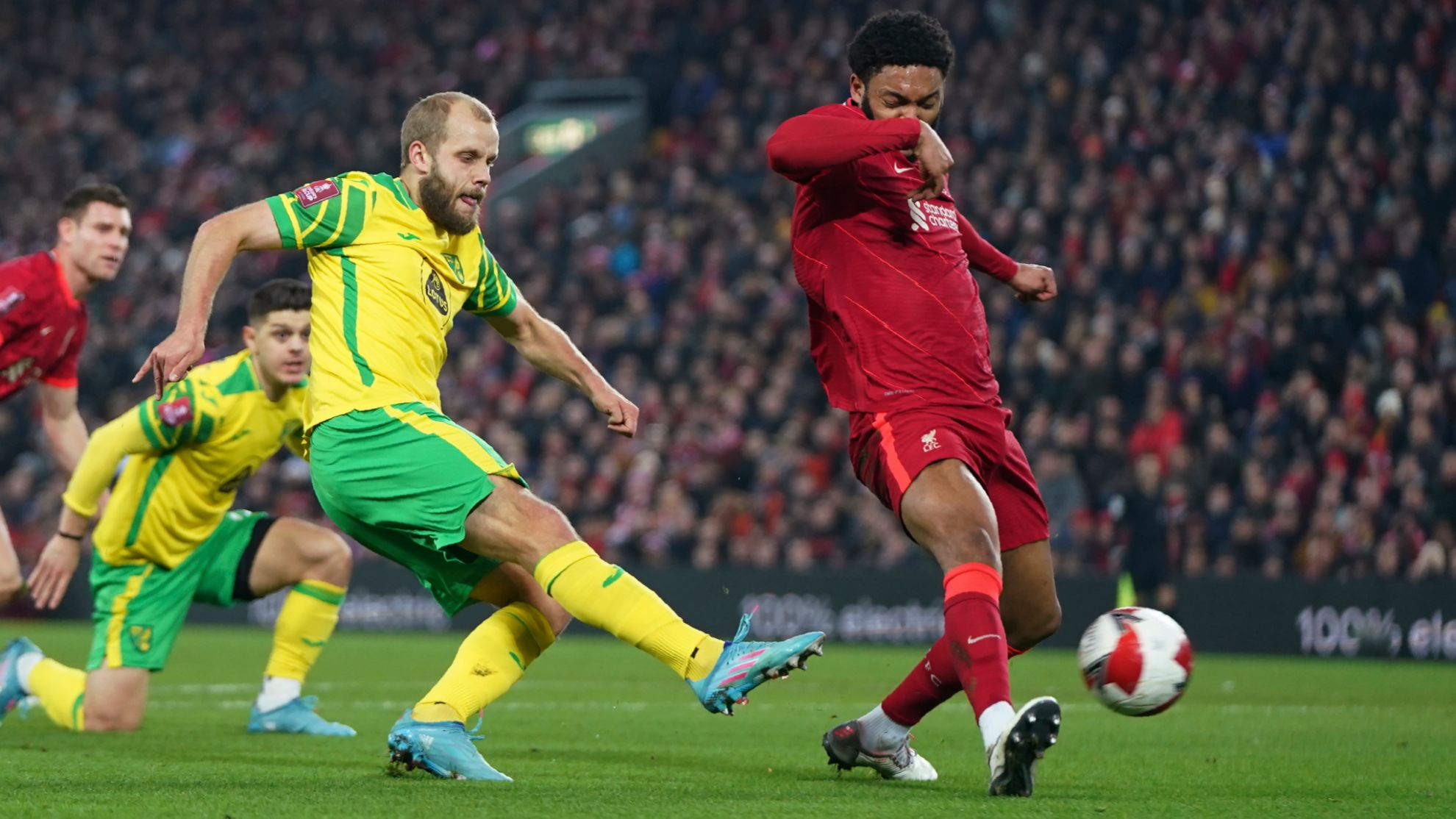 Minamino scored his second six minutes before the interval, blasting high into the net from the corner of the six-yard box after Ben Gibson failed to clear a corner.

Norwich substitute Josh Sargent sent a header wide of Liverpool’s goal after 18 minutes of a more balanced second half.

Sargent’s vision then carved Liverpool open as he played Rupp in for a fine goal, driving the ball low into the net from the edge of the box after Joe Gomez failed to make a block.

Jon Rowe, on as a second-half substitute for the visitors, burst into the box with six minutes left and sent a shot across goal towards the top corner of the net, forcing a fingertip save from Alisson that ensured Liverpool advanced. 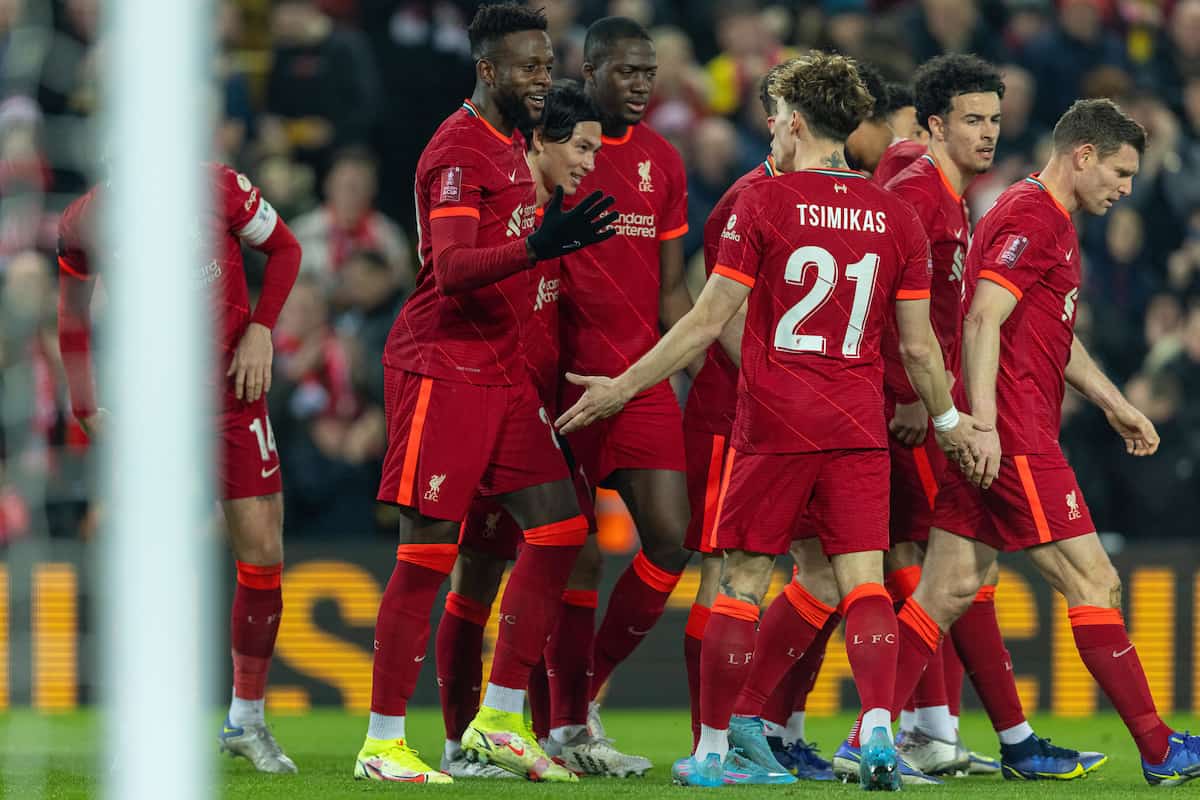 Given all Klopp has achieved at Liverpool it’s hard to believe they will contest their first FA Cup quarter-final under the German following this triumph.

Indeed, this was only Klopp’s second fifth-round tie as Reds boss, the first ending in defeat to Chelsea.

Liverpool last reached the quarter-finals in 2014-15, eventually losing to Aston Villa in the semi-finals.

Minamino’s brace means he has scored eight goals in domestic cup competitions since the start of 2020, twice as many as any other Liverpool player in this period.

Smith replaced Przemyslaw Placheta at half-time, after the winger suffered a painful-looking fall over the advertising hoardings, having been unable to make an impact before that nasty tumble.

Liverpool continues with their Premier League title race on Saturday when they host West Ham at Anfield while Norwich resumes their relegation title with a home match against Brentford.