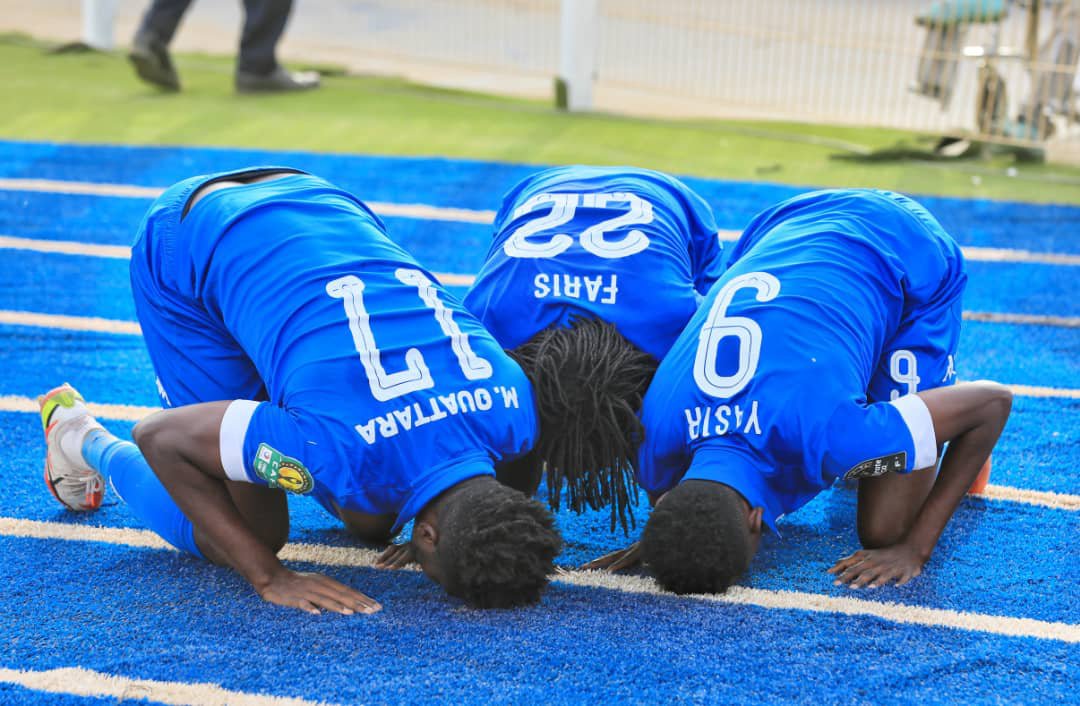 Al Hilal have revived their hopes of making the quarter finals of the CAF Champions League after beating Sudanese rivals Al Merrikh 1-0 in their fourth Group A match on Friday. The result is a revenge for Hilal who lost 2-1 to Merrikh when the two sides clashed in the first leg in Cairo a fortnight ago.

The victory now takes Hilal above Merrikh in Group A as they now sit on four points from four matches at third while their rivals drop to bottom, also with the same number of points.

In Omdurman, Yasir Mozamil Mohamed scored the solitary goal six minutes from time to hand Hilal the victory, in a match that Merrikh had to finish with 10 men after Emad Ali was sent off for a second bookable offense.

Hilal dominated the game and more so the opening half of the game, but couldn’t get a breakthrough.

They were almost caught out twice, first when Hamza Dawoud missed the target and Nigerian import Tony Edjomariegwe also came close but couldn’t punish the misfiring home side. 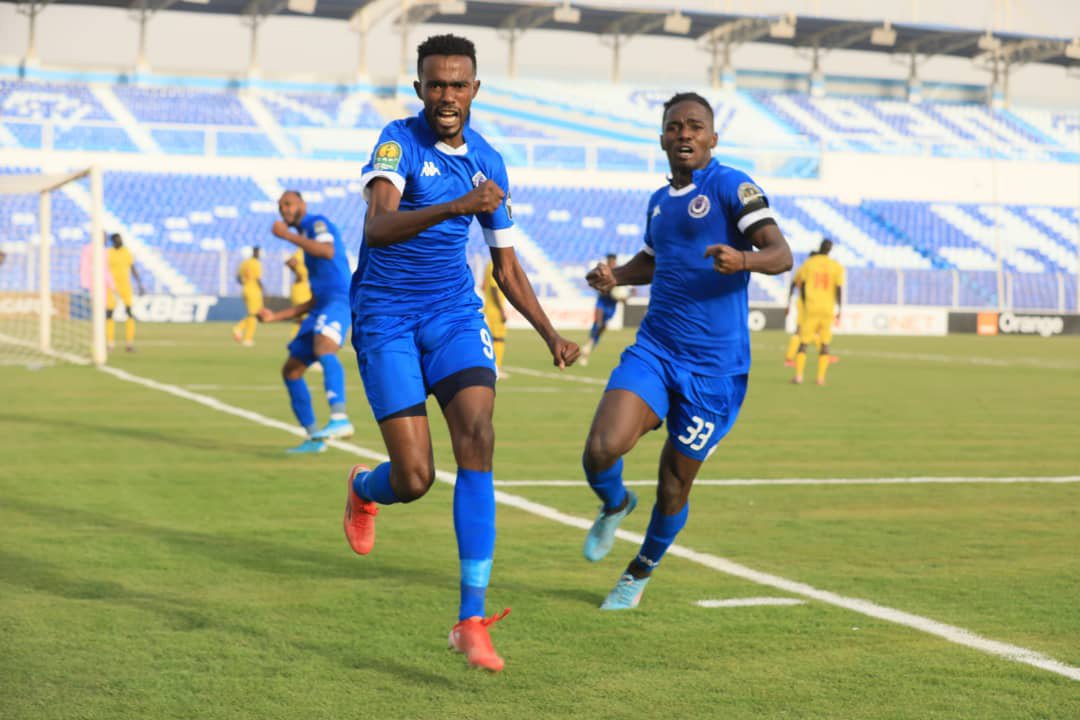 In the second half, they were handed a massive advantage when Emad was sent off just seven minutes after the restart for a second yellow card, having been booked early in the second minute.

They piled the pressure on Merrikh and finally found the breakthrough with seven minutes left to hand themselves some hope of making the quarter finals.

Meanwhile, Egyptian giants Zamalek find themselves in danger of missing out on the quarter finals after suffering back to back losses to Wydad Club Athletic. They lost the second leg in Cairo 1-0 on Friday, after losing the first leg in Casablanca 3-1 two weeks ago.

Zamalek, who beat Kenyan champions Tusker FC 5-0 in the preliminary rounds have only managed two points from back to back draws against Angolan sides Petro de Luanda and Sagrada Esperanca and sit bottom of the pile.

If Petro beat Sagrada on Saturday, then the White Knights of Egypt will kiss the quarter finals goodbye. For Wydad, they are now on nine points and the same result between the two Angolan giants will confirm their place in the last eight.

In the return tie at the Cairo International Stadium, Skipper Yahya Jabrane scored the lone goal off the penalty spot in the second half to hand the two-time champions their third victory in Group D.

There weren’t many scoring chances in the opening half with Wydad’s Congolese forward Guy Mbenza seeing a looping header go over.

Despite playing at home, Zamalek couldn’t create much infront of goal as the Wydad backline kept their forward line, including the dangerous Ahmed Sayed ‘Zizo’ ay bay. 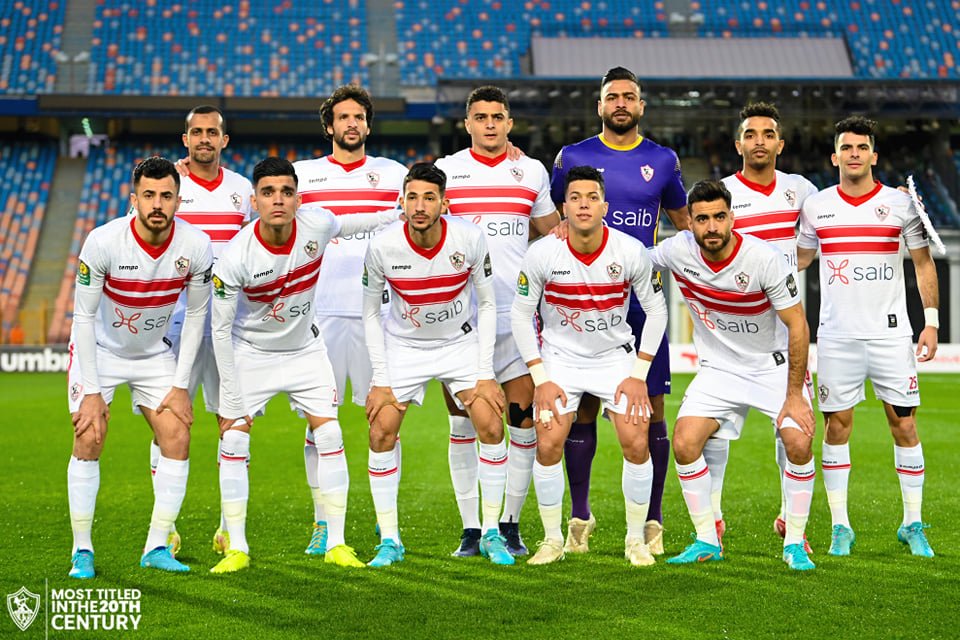 Zamalek players line up before their match against Wydad

In the second half, Wydad got the much needed goal two minutes after the bounce when skipper Jabrane scored his third goal of the tournament and second consecutive against Zamalek.

The skipper converted from an expertly taken penalty after a Zamalek defender handled inside the box.

Aymane El Hassouni came close to doubling the tally for Wydad when he struck a superb volley from the edge of the area, but his effort went wide.

On the other end, Zamalek had a good chance to draw level when Zizo stepped over a freekick from distance, but his curling effort was punched away by the keeper.

Zamalek made attacking changes with Omar Elsaid coming off for Seifeddine Jaziri and Mohamed Ezam coming on for defender Hamza Mathlouthi. The three changes sought to add spice in attack, but the home side could not break the resilient WYdad who held on to the slim lead.

Elsewhere, Algeria’s CR Belouizdad’s hopes of making the quarter finals for the second consecutive season were enhanced after picking a 3-1 victory at home against 10-man Jwaneng Galaxy.

The victory for the Algerians against the Botswana debutants took them to eight points on top of Group C, three above Esperance who face off with Etoile du Sahel on Saturday.

For Jwaneng, their hopes of making a historic qualification into the quarter finals are now almost extinguished as they remain bottom of the table with one point and two rounds of matches left.

Victory for Esperance on Saturday will deal the final blow to their dream as they will mathematically be off contention.

They had faced a massive task to beat CRB in their own home turf, but they couldn’t attain the target. Mohamed Islam Bakir and Karim Aribi’s goals gave the home side a 2-0 advantage after Jwaneng were reduced to 10 men following Moagi Sechele’s red card. 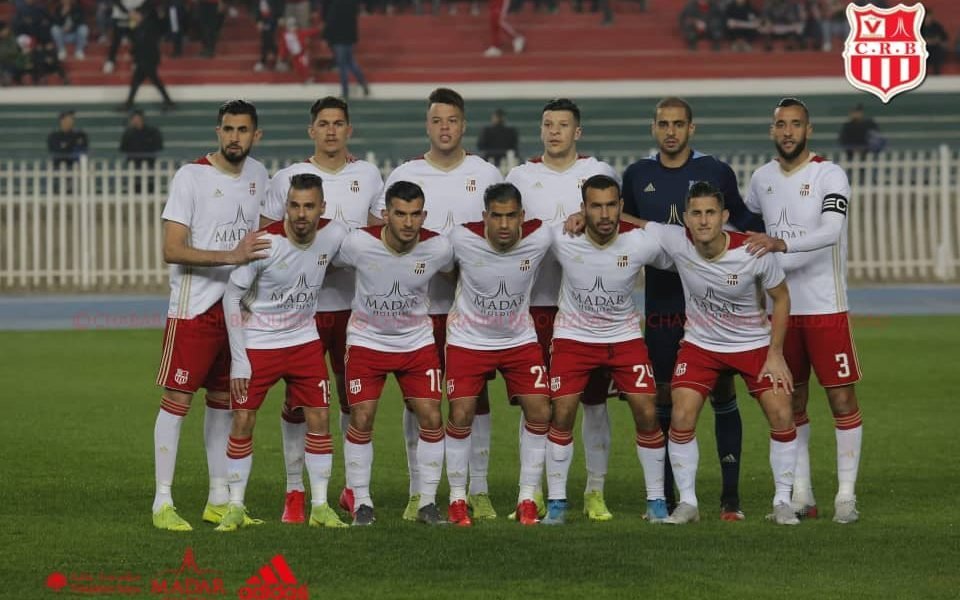 CR Belouizdad line up before a past match

They revived some hope of a comeback in the second half through Thabang Sesinyi, but Housseyn Selmi’s thunderbolt 20 minutes to time and Khayreddine Merzougui’s strike sealed the tie for CRB.

The first half was eventful with two penalties, one of which was missed and a red card.

The home side had the first penalty after 17 minutes when Khaled Bousseliou was brought down inside the box by Lesego Keredilwe. However, Aribi stepped up and saw his penalty saved.

The second penalty incident was even more eventful. Mohammed Islam Bakir stepped up to score, though keeper Anthony Gouws had a hand on it, but the power was too much. Belouizdad were awarded a spot kick after Sechele handled a goal bound effort.

The defender was handed his matching orders, just 25 minutes into the match.

On the other end, Jwaneng almost made a response with Rudath Wendell’s long range freekick going just over while in the 35th minute, Sesinyi had a shot from inside the box turned behind for a corner by the keeper.

But, CRB doubled their tally four minutes to the break when Aribi finally made amends for his penalty miss, connecting Zakaria Draoui’s cross from the left, though the ball took a wicked deflection off a defender.

In the second half, just five minutes in, Jwaneng halved the deficit through Sesinyi’s header after a freekick was flicked to his direction.

All hopes of carving out at least an away draw from the match were however extinguished when Selmi struck a thunderbolt inside the box in the 70th minute. Merzougui then drove the final nail with a goal in the first minute of added time off a counter-attack.