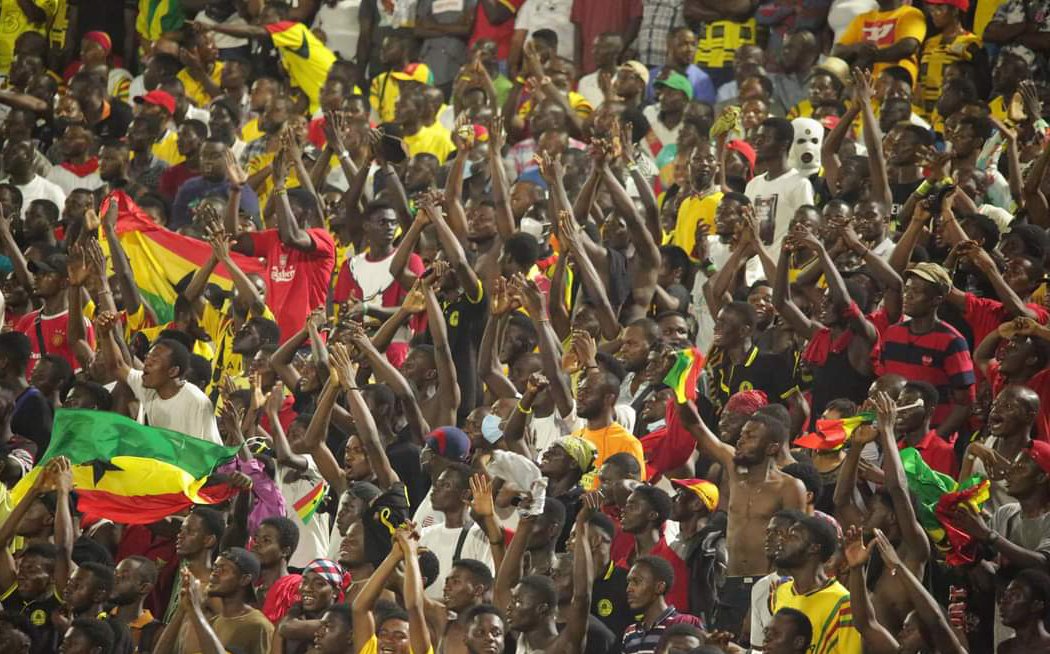 Ghana’s Black Stars will play in the FIFA World Cup for the fourth time in their history, after edging out Nigeria on the away goal rule after a 1-1 draw at the Moshood Abiola Stadium in Abuja on Tuesday.

With a 0-0 draw in the first leg in Kumasi, the scoring draw in Abuja ensured that the Black Stars shine brighter in the Abuja sky, and atone for a disastrous campaign at the Africa Cup of Nations last month with a  ticket to the Qatar World Cup.

Thomas Partey had given Ghana an 11th minute lead before William Troost Ekong levelled for the Super Eagles in the 22nd minute.

However, they couldn’t make the most of their home advantage as a tactically astute Ghana side held themselves together to knit a favourable result that sails them through.

On-form Arsenal midfielder Partey broke the deadlock with a sleek shot from the edge of the box with keeper Francis Uzoho seeing the ball sneak between his body and the ground, a dream start for the visitors.

However, Nigeria fought to get level and they did so in the 22nd minute from the penalty spot, Ekong sending Joe Wallacott the wrong way to level matters after Ademola Lookman had been appended inside the box by Dennis Odoi.

Despite a lengthy check up with the CAR monitors, Ekong was handed the penalty and duly converted.

The goal boosted the confidence of the home side and they thought they had grabbed the lead in the 34th minute but Victor Osimhen was flagged down for offside. The striker had run in behind the defense from a long ball and the keeper’s clearance bounced on his feet before he walked the ball home.

Despite celebrations, a lengthy check by the VAR disallowed the goal for offside.

In the second half, Ghana managed to soak in the pressure from Nigeria. Osimhen came close when he flushed a shot from inside the area wide on the hour mark while Peter Etebo also had his effort from range go wide.

Veterans Ahmed Musa and Odion Ighalo came on for Nigeria with 10 minutes of left to play as they looked to add punch upfront and hunt for a goal. In the last four minutes of the game Osimhen had a glorious chance to score when Ighalo headed down a cross for him, but his attempt at an overhead kick saw the ball fly wide.

No amount of pressure could see Ghana bulge, as they earned a ticket back to the World Cup after missing the 2018 showpiece in Russia.