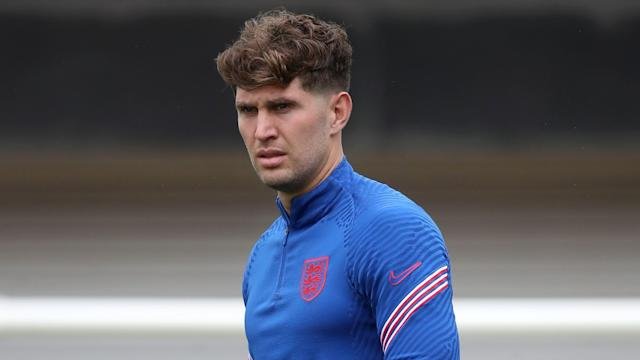 John Stones has left the England squad and returned to his club as a precaution due to injury both England and Manchester City have both the report.

The defender was originally in the starting lineup to face Switzerland in Saturday’s 2-1 win at Wembley but picked up a knock in the warm-up and was replaced by Arsenal’s Ben White.

With the Three Lions facing the Ivory Coast on Tuesday night, Stones will not feature with a City statement reading: “The FA have this evening confirmed John Stones has left the England camp and returned to City.

“Having withdrawn from the starting line-up ahead of Saturday’s 2-1 victory against Switzerland at Wembley, the defender has continued to be assessed. John Stones has returned to Manchester City, leaving the England camp as a precaution to injury. | PHOTO: Getty Images |

“After today’s session at Tottenham Hotspur’s training ground, it was decided that Stones would play no part against Côte d’Ivoire on Tuesday and has returned to his club as a precaution.”

Stones is an England regular but has struggled to feature so frequently for his club side.

City remains in pole position to win the Premier League title and has done so with a centre-back pairing of Ruben Dias and Aymeric Laporte. Stones, meanwhile, has started just nine league games so far this season.

With the 27-year-old out of the picture for the Ivory Coast game, White could be given his fourth appearance for England. Harry Maguire, Conor Coady, Tyrone Mings and Marc Guehi are manager Gareth Southgate’s other options.